Princess Caroline stays out of the limelight and rarely talks to the press, but her philanthropy, elegance and fashion sense speak louder than words. She is known to the public as a royal with style, poise and generosity. Through life’s ups and downs, she has had the responsibility and sense of duty to put her humanitarian associations, her family and her children first.

Princess Caroline Louise Marguerite was born in the Prince’s Palace on 23 January 1957. She is the eldest child of Prince Rainier III and Grace Kelly.

As a child, Princess Caroline spent some of her time visiting her maternal grandparents in Philadelphia. In an interview for People Magazine in 1982, shortly before her death, Princess Grace described Caroline and Stephanie as amusing, intelligent and capable girls. “Besides being good students, they are good athletes: excellent skiers and swimmers. Both can cook and sew and play the piano and ride a horse. But, above all, my children are good sports, conscious of their position and considerate of others. They are sympathetic to the problems and concerns in the world today.” 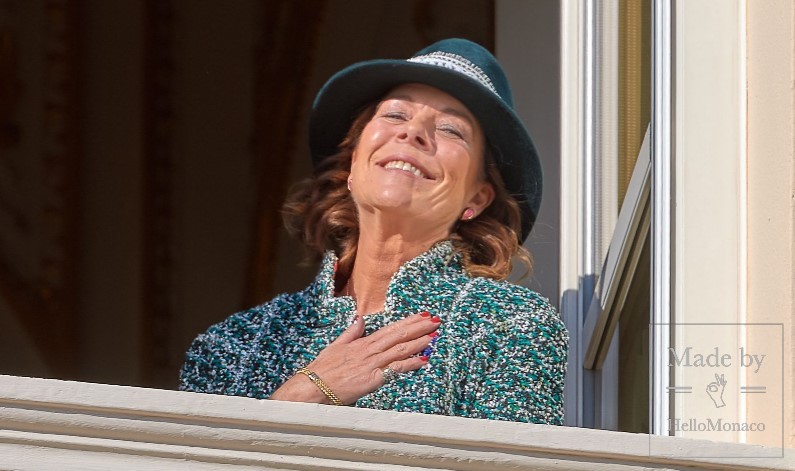 At the request of her father, Princess Caroline took on a number of high-profile roles, including becoming the President of the Princess Grace Foundation, the Garden Club of Monaco, the Springtime Arts of Monte-Carlo and the Red Cross. During a 1985 press conference in Paris, Princess Caroline officially announced the creation of the Ballet of Monte-Carlo, realizing her mother’s dream.

Princess Caroline received her French Baccalaureat degree in 1974 with honours and continued her studies at the Sorbonne in Paris where she received a diploma in Philosophy and minors in Psychology and Biology. 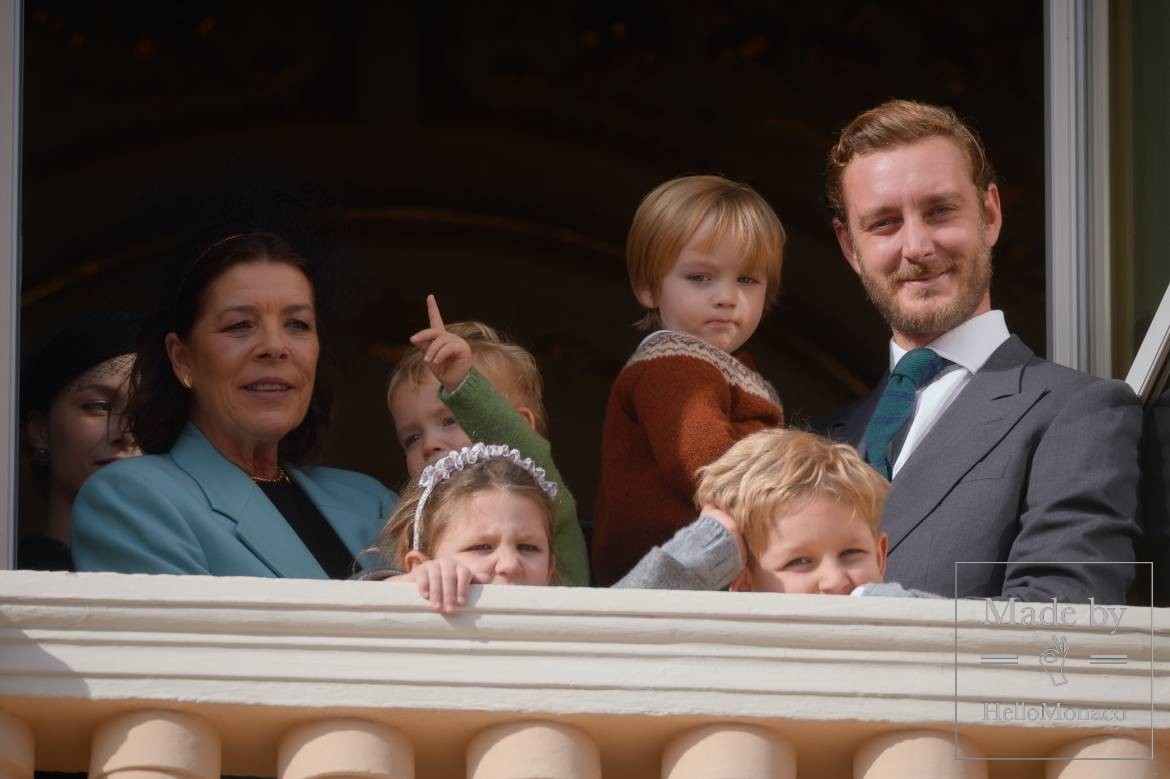 In 1983, Princess Caroline walked down the aisle once again when she married Stefano Casiraghi. Caroline and Stefano had three children; Andrea (1984), Charlotte (1986) and Pierre (1987).

At the age of 33, Caroline suddenly became a widow when Stefano Casiraghi was tragically killed during a boat race. Princess Caroline moved her family to the village of Saint Remy-de-Provence in France so her children could grow up without the prying eyes of the press. No royal titles were bestowed upon Princess Caroline’s children in the hopes that they would lead somewhat normal lives.

Nine years later, in a quiet civil ceremony on her 42nd birthday, Caroline became the Princess of Hanover when she married Prince Ernst August of Hanover. In 1999, Princess Caroline gave birth to her fourth child, Princess Alexandra of Hanover.

On 11 January 1999, shortly before the wedding, Prince Ernst’s fourth cousin once removed, Queen Elizabeth II, issued this Order in Council: “My Lords, I do hereby declare My Consent to a Contract of Matrimony between His Royal Highness Prince Ernst August Albert of Hanover, Duke of Brunswick-Luneburg and Her Serene Highness Princess Caroline Louise Marguerite of Monaco.” Marrying without the Queen’s Royal Assent would mean that the marriage would have been void in Britain, according to the Royal Marriages Act 1772. 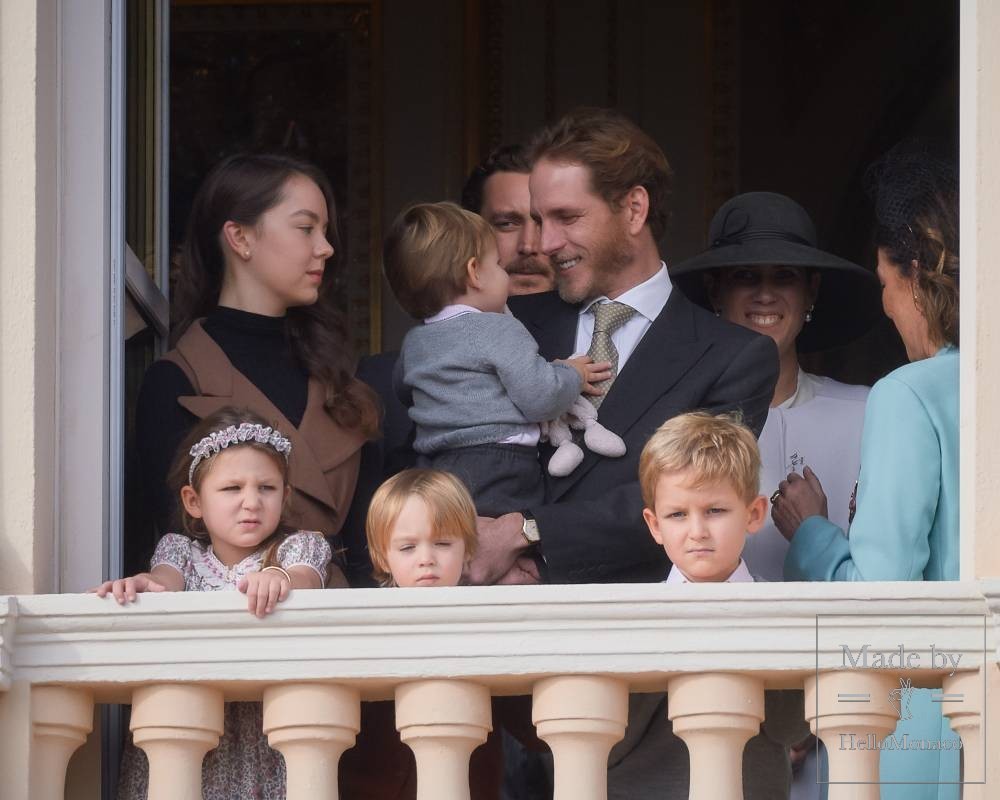 Despite intensive media coverage of her life, Princess Caroline has rarely given interviews, preferring to let her vast philanthropic work speak for itself. In 2003, the Director-General of UNESCO appointed the Princess as Goodwill Ambassador in recognition for her personal commitment to programs for the education of women and girls. UNICEF honoured her with the Children’s Champion Award in 2006.

The next year, she travelled to South Africa to meet Nelson Mandela. In September 2007, Prince Albert II and Princess Caroline hosted a charity gala in the presence of Nelson Mandela. Donations and a charity auction raised €2.5 million for the Nobel Peace Prize winner’s foundation for underprivileged children.

In December 2011, the ‘World Association of Children’s Friends’ honoured Princess Caroline for her “tireless endeavours in continuing the organisation’s legacy”. Her personal friend, Chanel head designer Karl Lagerfeld, presented her with the award. 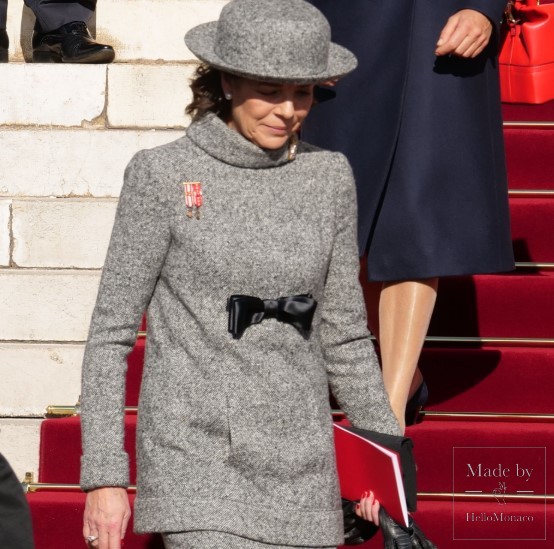 Princess Caroline’s sense of style piqued the interest of the UK public after ‘Inside Monaco’, a three-part BBC documentary series, aired in June 2020. The series, which gives a glimpse of life inside the lives of the super-rich, shows Prince Albert and Princess Caroline attending an event at the Casino de Monte Carlo. Princess Caroline is dressed in a feathered gown from Chanel and was reported as exuding the elegance of her late mother, Grace Kelly, with her own sense of experimental flair.

Throughout the years, Princess Caroline has always managed to turn heads with her impeccable style. In the 1960s, when she was a young girl, she would alternate between classy outfits and contemporary ensembles, wearing sombre grey dresses with white ties for some occasions and trendy denim jackets with flared jeans for others. For appearances at the Red Cross ball, she dazzled attendees throughout the 1970s and 1980s with delicate chiffon gowns, gold accessories and extravagant jewellery.  And today, at the age of 63, Princess Caroline was most recently named one of Europe’s most stylish royals by Vogue magazine in June 2020.