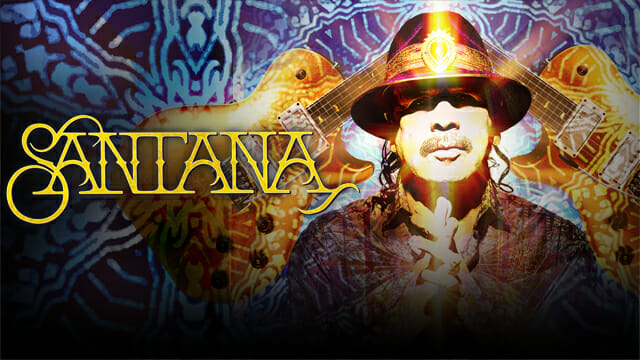 Santana will perform on August 5th, 2018 at Salle des Etoiles for a dinner show at the occasion of the Monte-Carlo Sporting Summer Festival.

Legendary guitar virtuoso, multi-Grammy Award winner and Rock and Roll Hall of Famer, CARLOS SANTANA, and his band ‘SANTANA’, will perform a very special intimate evening at the Salle des Etoiles, as part of The Divination Tour. The passion infused, melodic sound of CARLOS SANTANA’S guitar is one of the world’s best-known musical signatures. For more than four decades – from Santana’s earliest days as a groundbreaking Afro-Latin-blues-rock fusion outfit in San Francisco – Carlos has been the visionary force behind artistry that transcends musical genres and generational, cultural, and geographical boundaries. SANTANA’S Divination Tour will include hit songs from yesterday, today and tomorrow, including fan favorites from Woodstock to Supernatural and beyond.

For 40 years and as many albums later, Santana has sold more than 100 million records and reached more than 100 million fans at concerts worldwide. To date, Santana has won ten GRAMMY® Awards and three Latin GRAMMY® Awards. He won a record-tying nine GRAMMYs for a single project for 1999’s Supernatural (including Album of the Year and Record of the Year for “Smooth”) as well as three Latin GRAMMY’s. With the 2014 release of Corazón, Santana surpassed the Rolling Stones and is one of only two music acts in Billboard history to score at least one Top Ten album for six consecutive decades from the 1960s on.

In the fall of 2014, Carlos Santana released his memoir “The Universal Tone: Bringing My Story to Light.” In 2017, Carlos Santana and Cindy Blackman Santana joined forces with The Isley Brothers (Ronald and Ernie) to release Power of Peace, an album celebrating the timeless sounds of funk, soul, blues, rock, jazz, and pop. Santana is currently headlining a multi-year residency at House of Blues at Mandalay Bay Resort and Casino in Las Vegas.