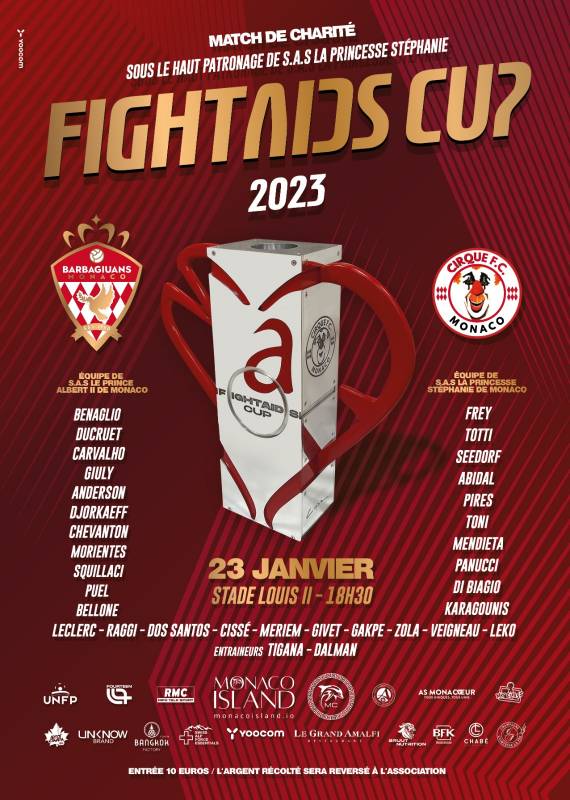 On January 23, 2023, as part of the 45th International Circus Festival, Prince Albert II’s team, “the Barbagiuans”, will finally attempt to win the prestigious trophy from Princess Stephanie (CIRQUE FC), who has owned it for three years in the third edition of the FIGHT AIDS CUP at the Louis II stadium.

The FIGHT AIDS CUP is now a must in the Monegasque sports landscape and represents much more than a simple soccer match. The event, organized by the “Barbagiuans”, will also promote the actions of Princess Stephanie’s association, FIGHT AIDS MONACO. It will also be an opportunity to put the fight against HIV at the center of attention for one evening.

Gala of the Barbagiuans after the match is organised at the Fairmont hotel.

ALL PROFITS FROM THE ENTIRE EVENING WILL BE DONATED DIRECTLY TO FIGHT AIDS MONACO.

PRICE OF TICKETS FOR THE MATCH, 10 EUROS.