For many decades, the colourful town and Monaco’s neighbour, has been a delight to thousands of spectators from all over the world. They come to Menton for the sole purpose of enjoying the splendour and grandeur of a unique citrus show, featuring immense lemon and orange sculptures for its audience to admire.

In 1895, the hoteliers suggested that the municipality hold an original parade (corso) in the festival tradition, striving to revive the city over the winter. Since 1896, the Menton parade has welcomed wealthy guests, gaining a reputation as a prestigious place to hibernate in comfort. At that time it was fashionable to spend winters in the French Riviera mild climate. Royals and the artistic elite would often choose Menton for a visit or even build their magnificent residences there. 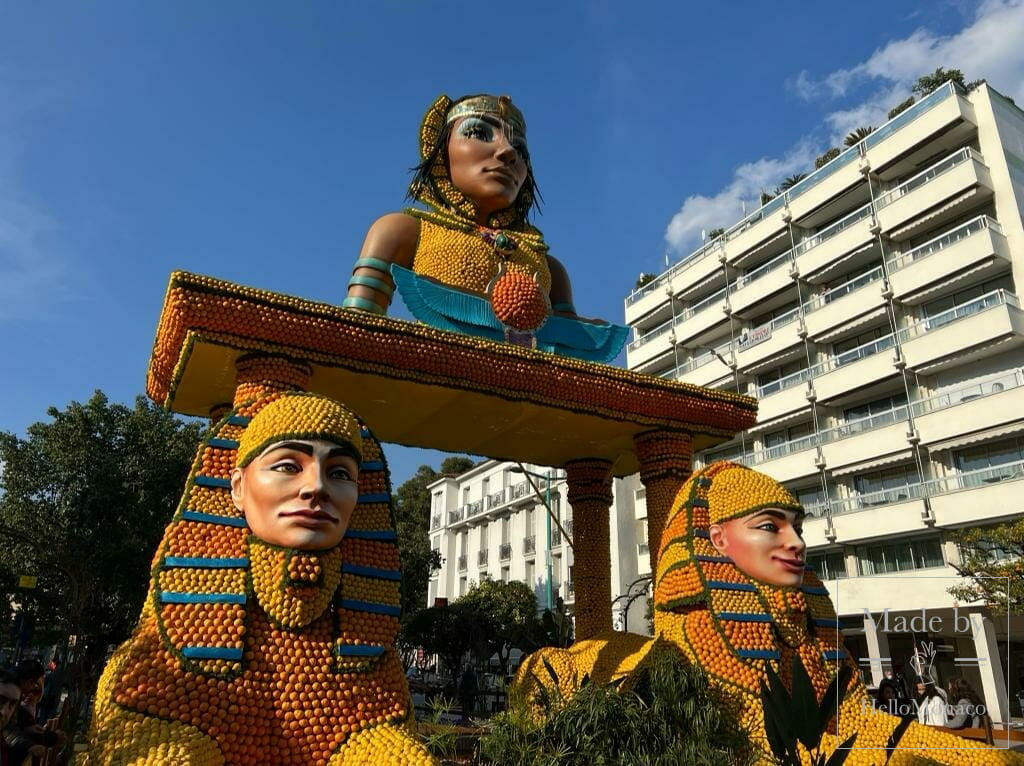 How did the Festival come to bear a citrus name and preserve this unique tradition over the decades? Given the popularity of Nice Carnival, the Menton City Hall was willing to convey a unique local flavour to their own festival so that it could attract a number of tourists. In the meantime, Menton happened to be the largest lemon producer in Europe. In 1934, the Lemon Festival (Fête du Citron®) was officially registered as a carnival celebrating a citrus fruit. Local hotel owners also came up with an innovative idea of organizing a citrus and flower exhibition in the Hôtel Menton Riviera gardens. At that time, François Ferrié was in charge of citrus sculpture design and flower bed decoration. This is when the delightful giant sculptures were created, taking more than 140 tons of lemons and oranges every year.

The unprecedented success of this exhibition encouraged the opening of a citrus parade which to this day remains the centerpiece of the carnival. Carts filled with flowers, oranges and lemons, true works of art, move through the streets, filling the air with a wonderful invigorating aroma. Actors, acrobats, jugglers, musicians and dancers create a great atmosphere. The sounds of fanfares and drums make the people rejoice and a rain of confetti pours down. 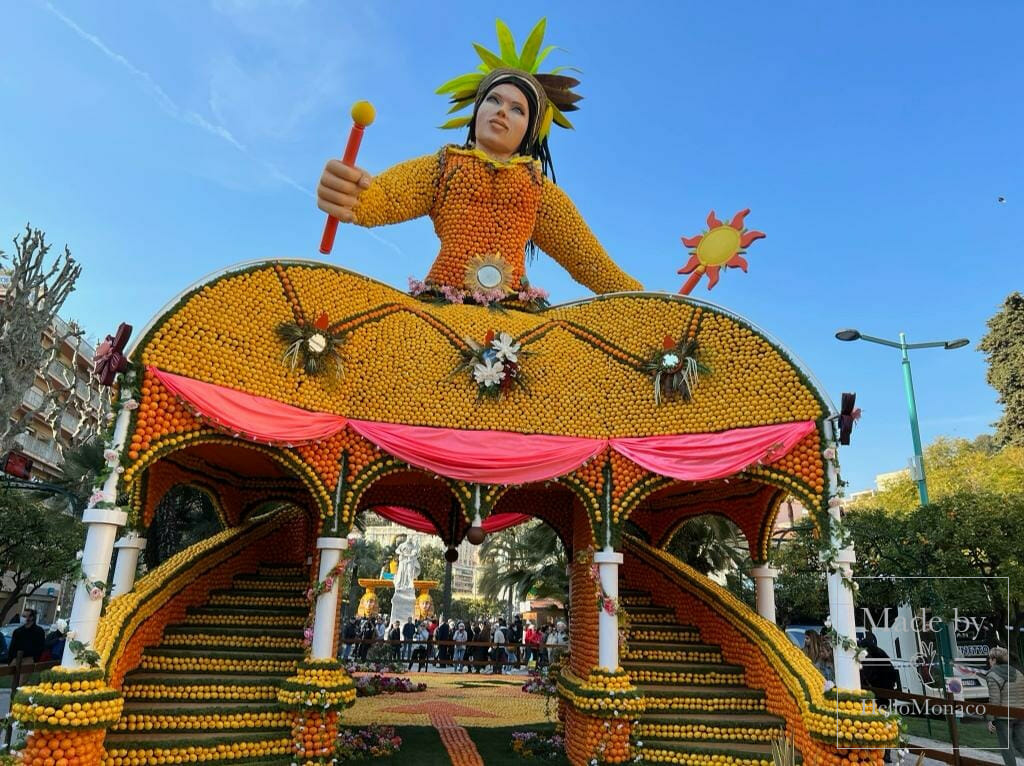 This «ode» to the lemon attracts visitors from all over the world, they drive thousands of kilometres to witness such a spectacle. More than 200.000 people attend this event annually. The «Citrus Disneyland» in Menton awakens the child within you while it takes your own kids on a journey through the universe of these unique creations.

Some Special Traditions of the Menton Lemon Festival

Another festival tradition is a «Moucouleti» game. It consisted of keeping your candle aflame while trying to blow out the one of your neighbour. At that time, it was a great opportunity for a romantic encounter since the winner was rewarded with a modest kiss.

Traditionally, the theme of the Festival changes from year to year, making enthusiastic fans come back for more. In 2014, it was inspired by Jules Verne’s novel «Twenty Thousand Leagues Under the Sea». Back then the «Abraham Lincoln» frigate arrived in Menton to destroy a «mysterious beast» that turned out to be the «Nautilus» submarine. In 2017 and 2018, Broadway and Bollywood were the carnival’s theme and in 2019 it was «Fantastical worlds». 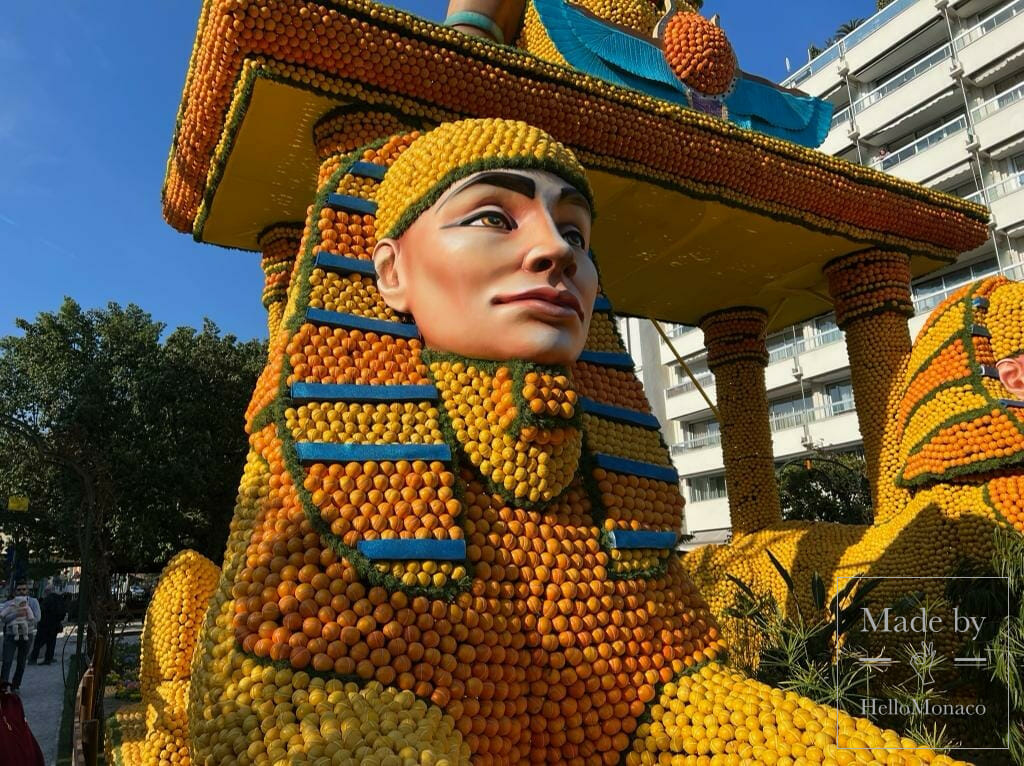 The 2022 year edition of the Lemon Festival is held from February 12 to 27 and its theme this year is Opéras et Danses. An exposition of citrus masterpieces, a golden fruit parade and a night show, the Orchid Festival and, of course, the fair of homemade lemon products are all to be expected for the edition. Are you ready for your charge of Vitamin C? 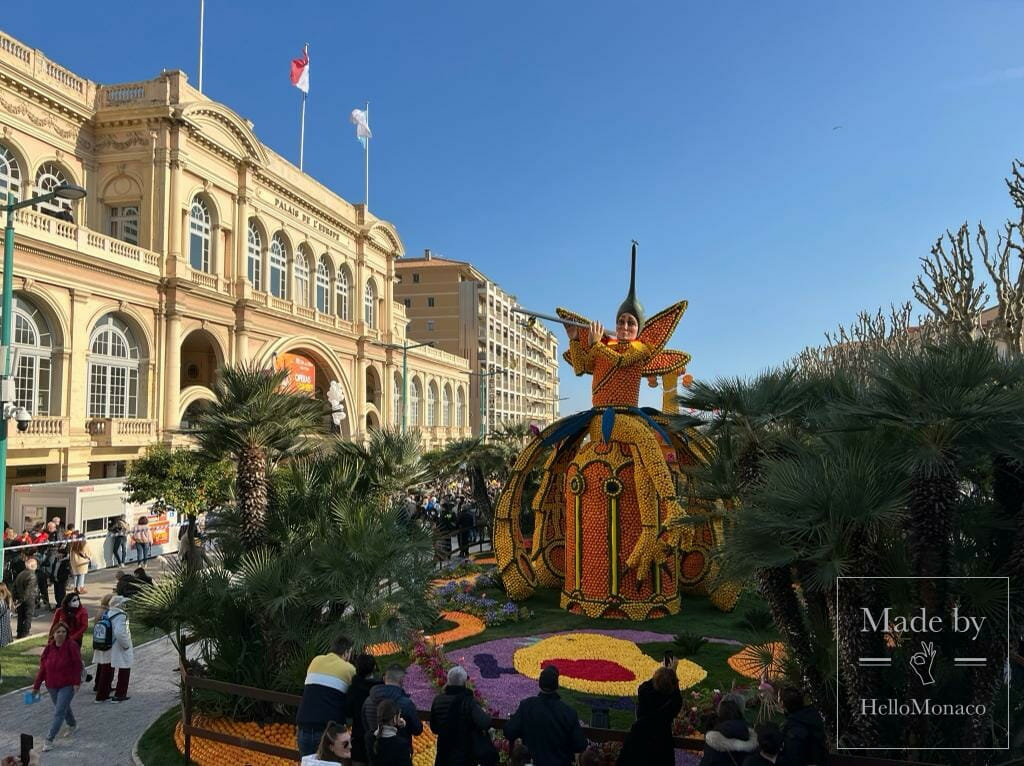 For more than 15 days, go and enjoy the most zest-flavoured of Golden parades and Night-time parades (parades of citrus floats animated by groups of entertainers), admire the Exhibition of citrus patterns in the gardens Biovès (by day and/or night with the Gardens of lights); not forgetting the opportunity to visit the Crafts Fair and the Festival of Orchids with unforgettable scents. Go and discover this fantasy world, and move to the rhythm of a simply unforgettable event. 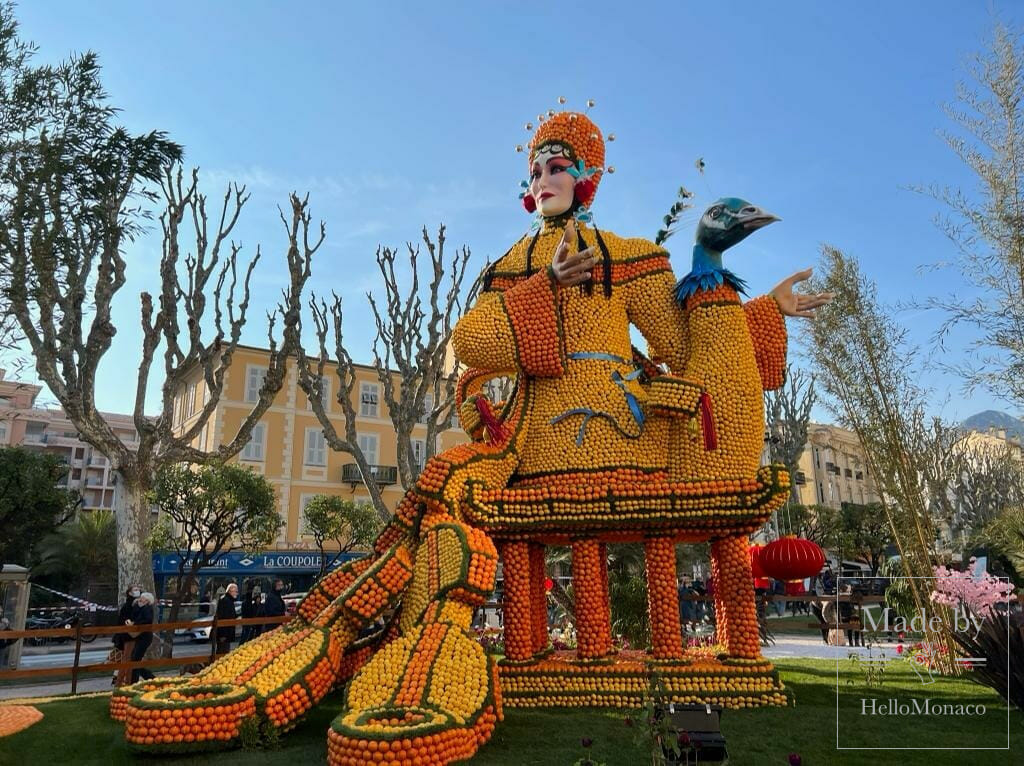 The Rich and Wonderful History of Monaco’s National Day

The Rich and Wonderful History of Monaco’s National Day