Imagine life in mid-February. Everyone wants to escape the dark, the cold, the grey and overcast skies. Certain dream of Rio and Carnival. But there is an answer a little closer to home — the Med. Just head South to visit the biggest party on the Continent of Europe, after Venice: Rio, Venice and Nice, it doesn’t get more «Carnivalesque» than those three. Food and wine to die for. Add in those sunny Mediterranean winter days and all the glitz of Monaco next door, and you have a royal party. Yes — Nice Carnival is very much a royal affair traditionally ruled by the King and Queen. 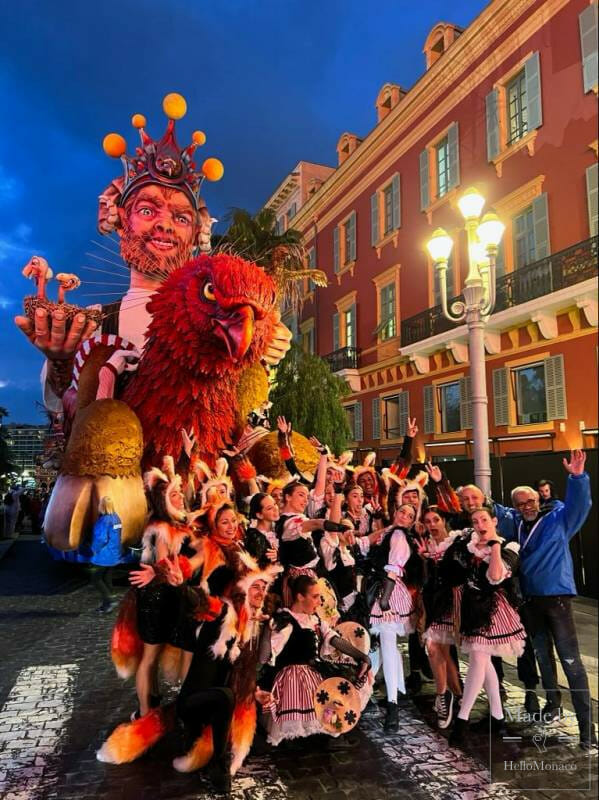 This year, from February 11 to 27, the Carnival of Nice is ruled by the King of Animals with his beautiful Queen. The King leads the procession through the city streets. And new for this year there is an election of counts and countesses to court the king and queen, and a series of masterclasses that give the public a chance to learn about the behind-the-scenes goings on. There is a carnival village to welcome you in Jardin Albert I with entertainment, gourmet stands, conferences and shows as well as the ticket office. The Théâtre de Verdure is also hosting shows throughout the festival. 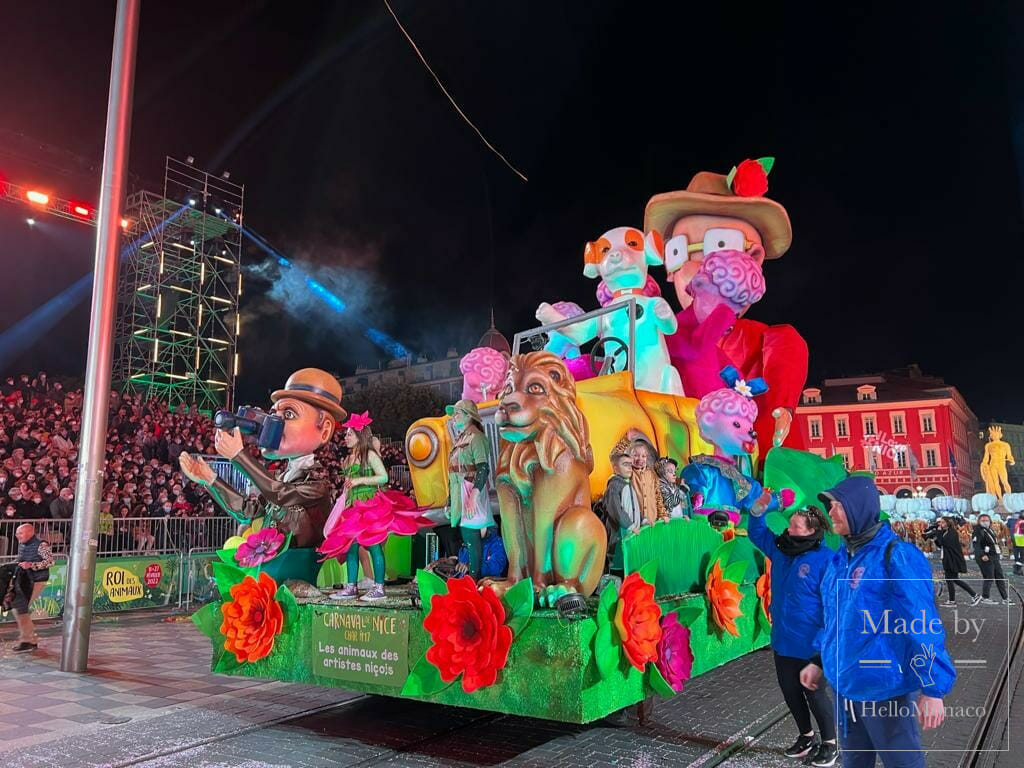 During the parade, the king presides over more than fifty giant-headed puppets (the Grosses Têtes) each contemplating a jubilant crowd from a height of twelve meters and weighing up to two tons. 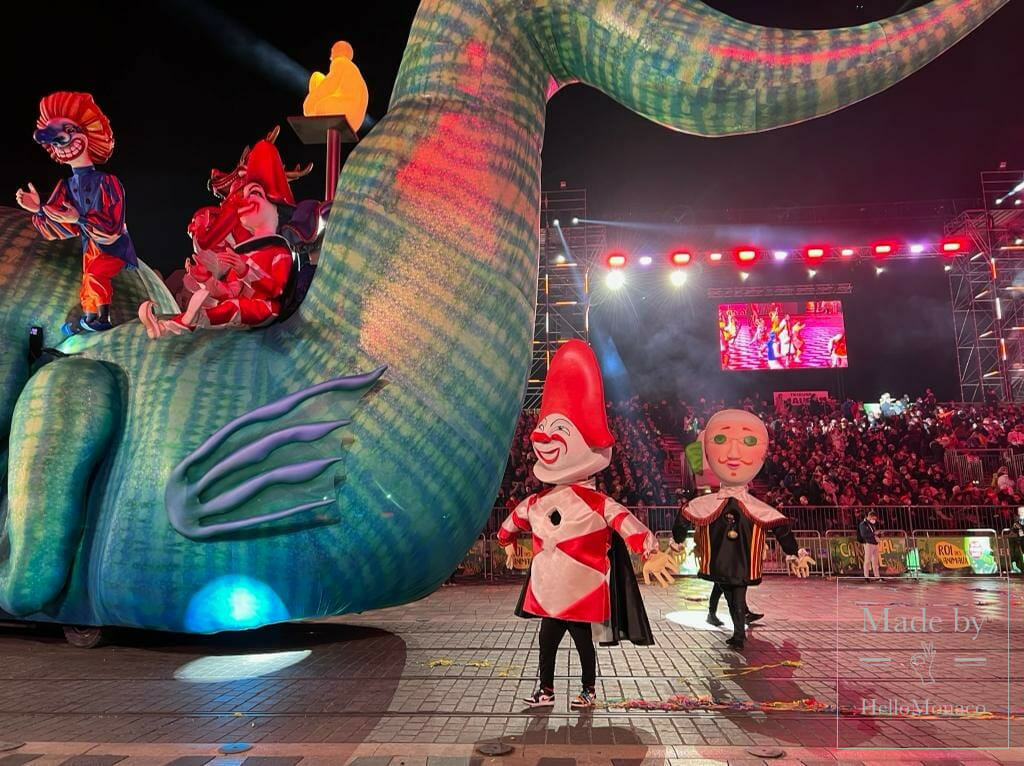 Nowadays, carnival chariots parade the main streets to the rhythm of modern music. In the past, the procession used to be accompanied by medieval instruments made of a calabash gourd, a special African pumpkin. 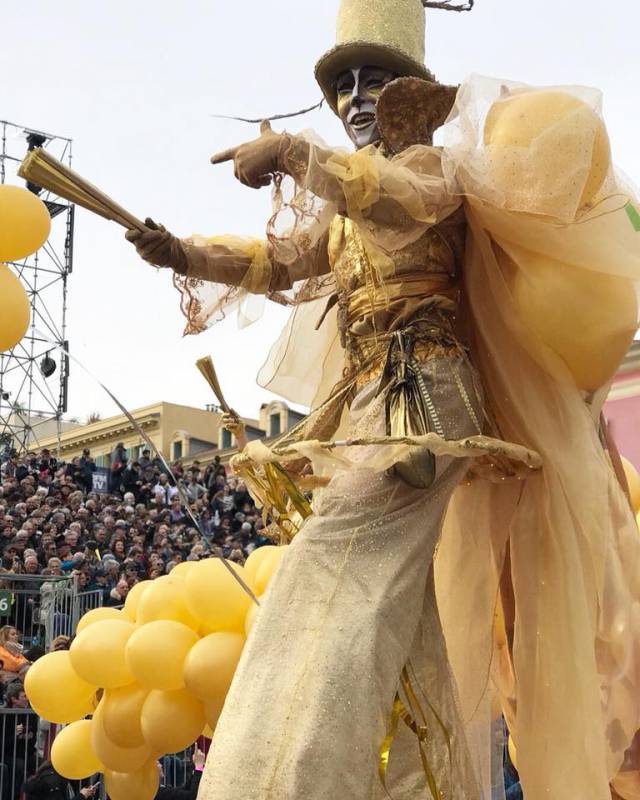 Not far away from Masséna Square, there is also an iconic Flower Parade which dates back to 1876. The Parade is also called the battle of flowers since the performers launch flowers into the crowds. There is nothing even a little bit warlike about it, happily! 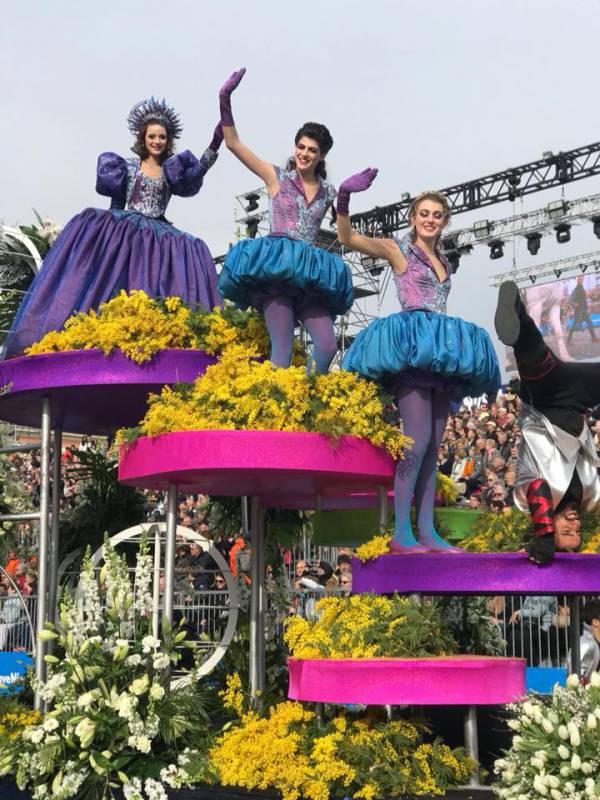 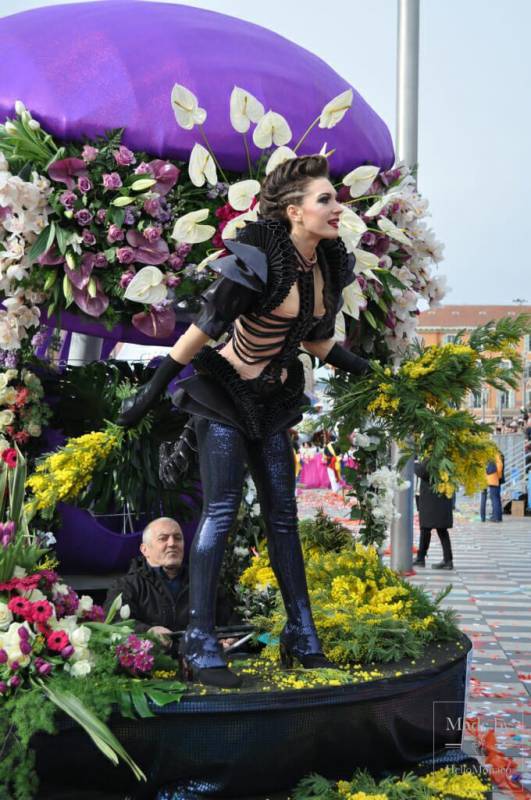 A Few Words about Carnival of Nice’s History 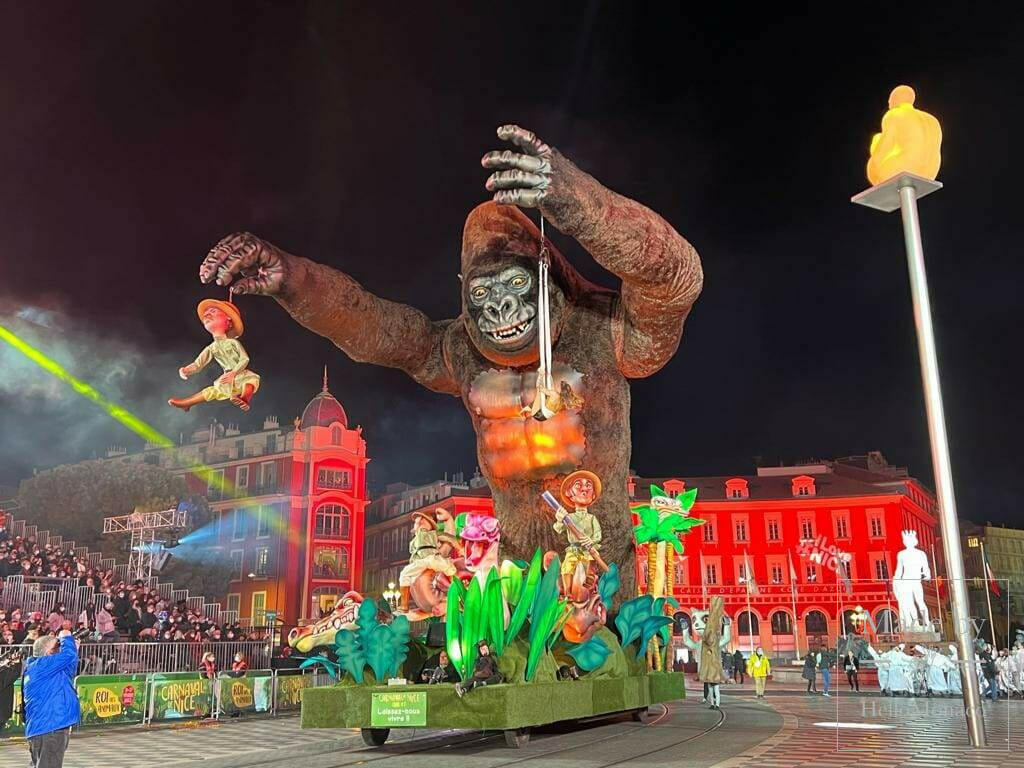 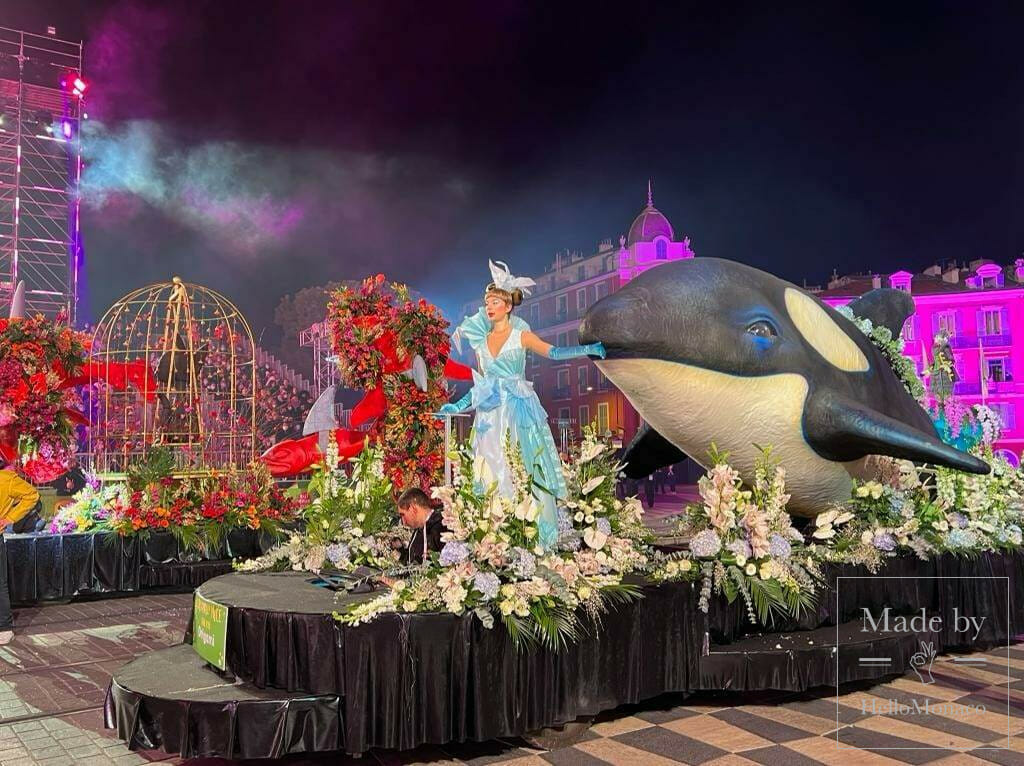 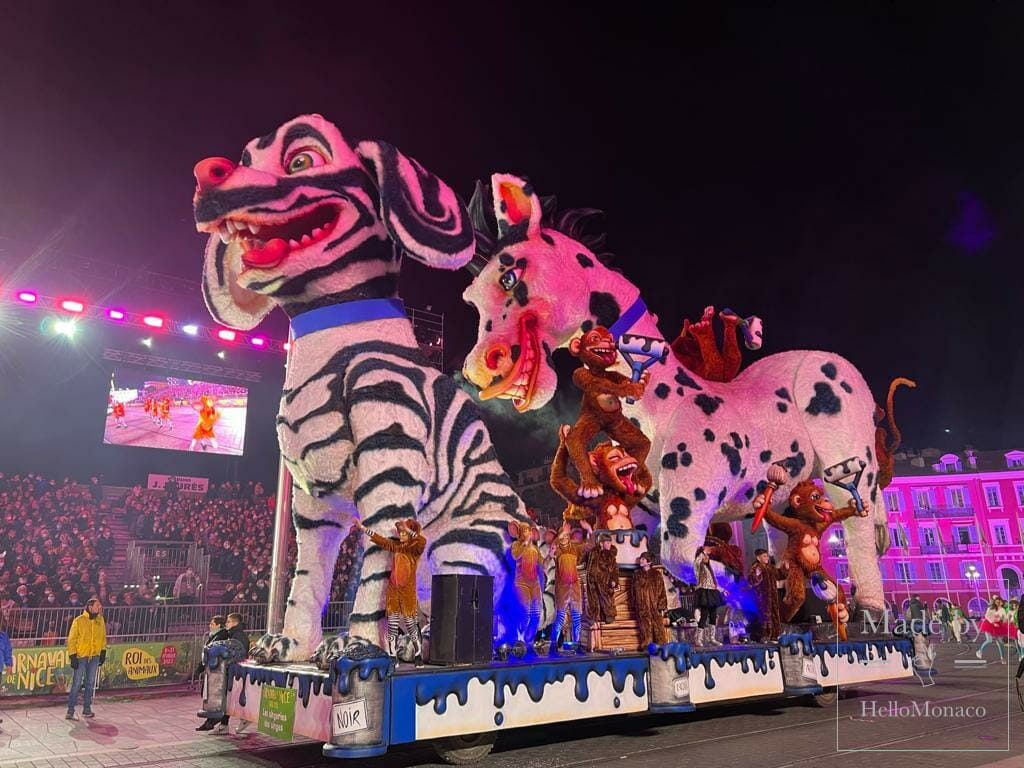 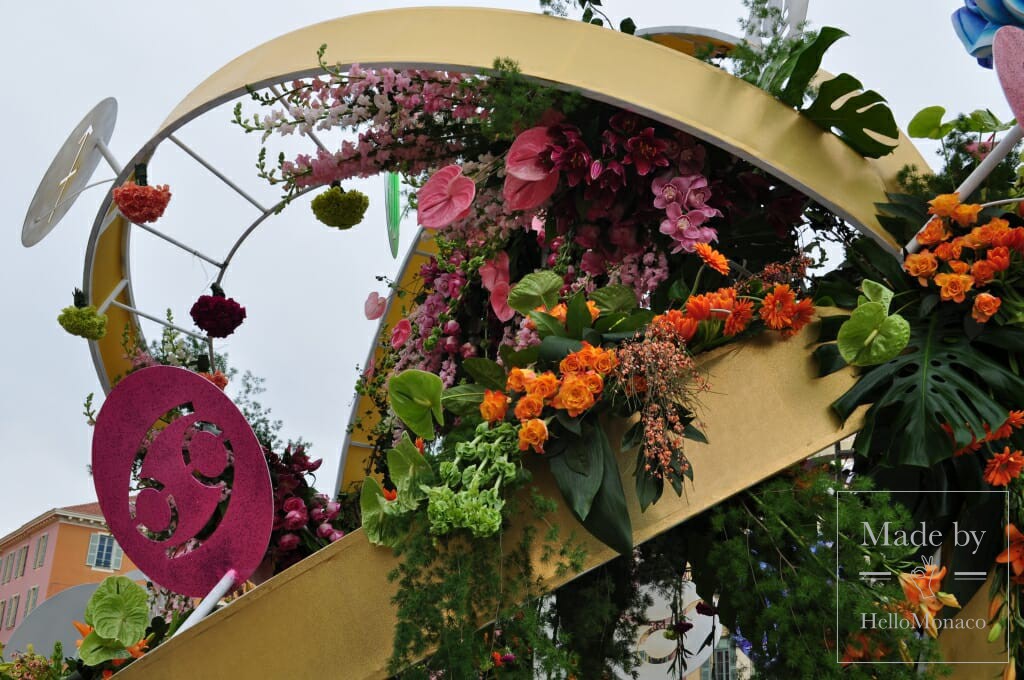 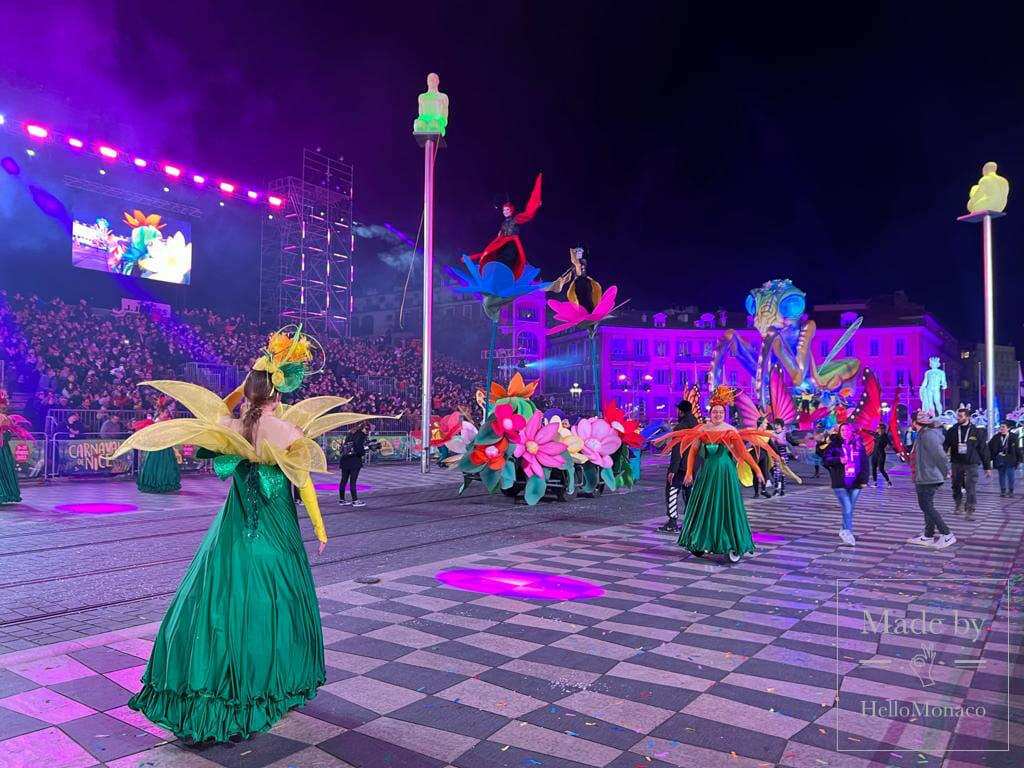 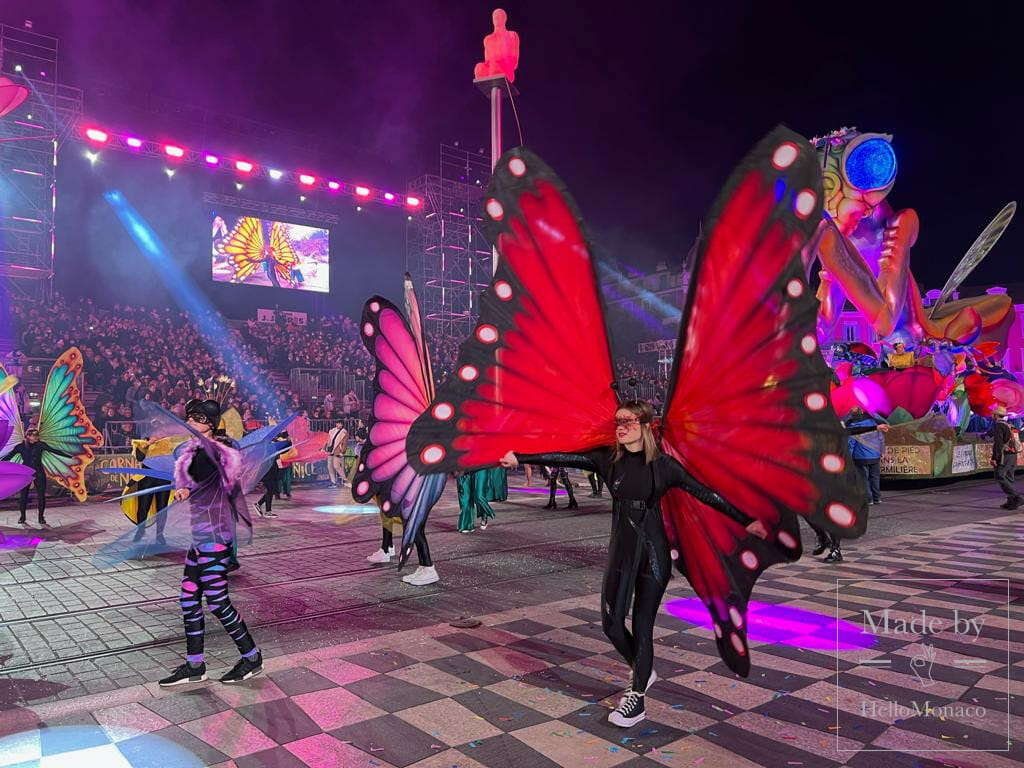 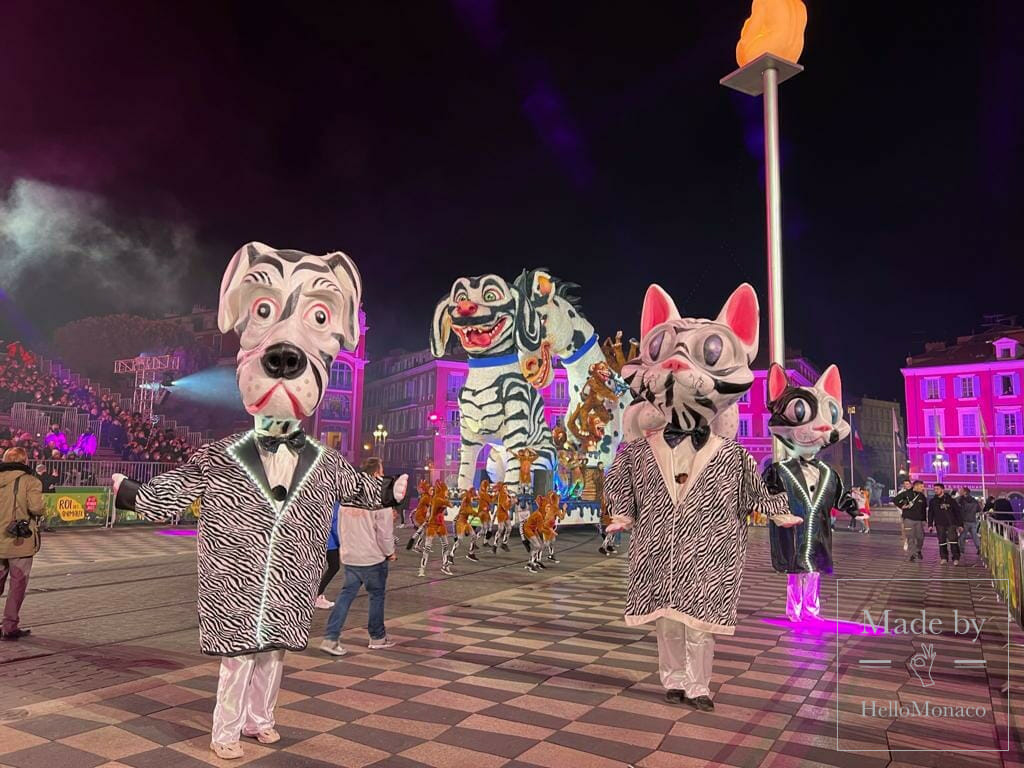 It is now a tradition for a mock version of the king to preside over the carnival on Place Masséna during the whole time of this scintillating celebration. On the last evening of the carnival, the effigy of the king is launched into the sea on a small boat and burned before the traditional fireworks in the Bay of Angels. 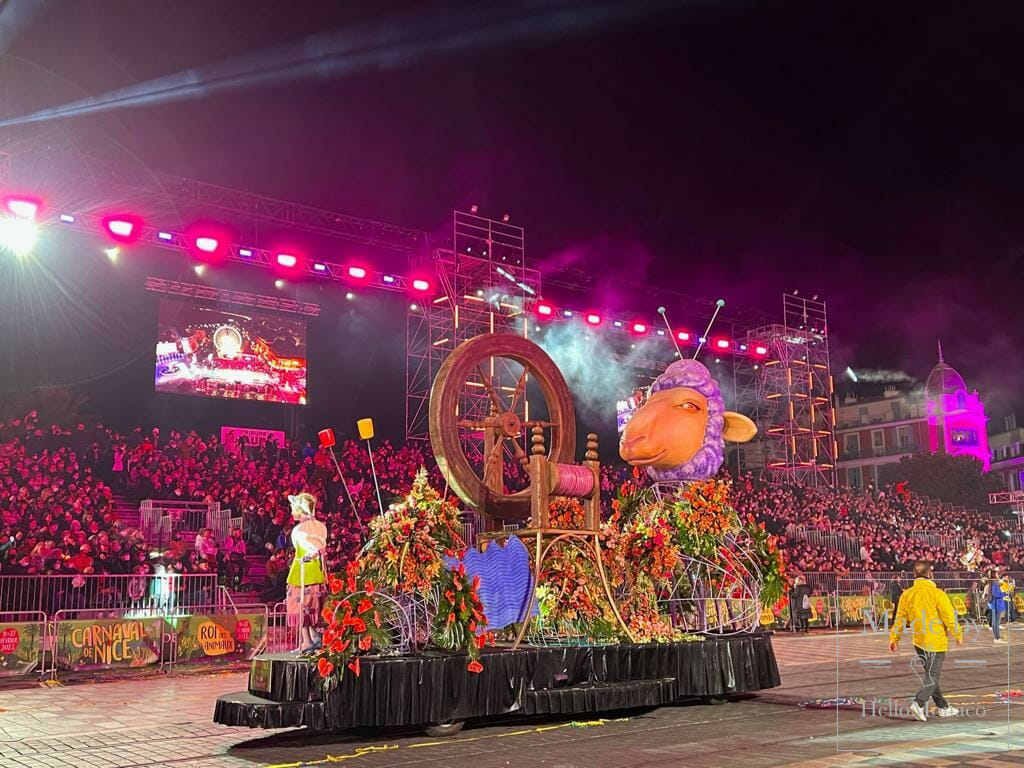 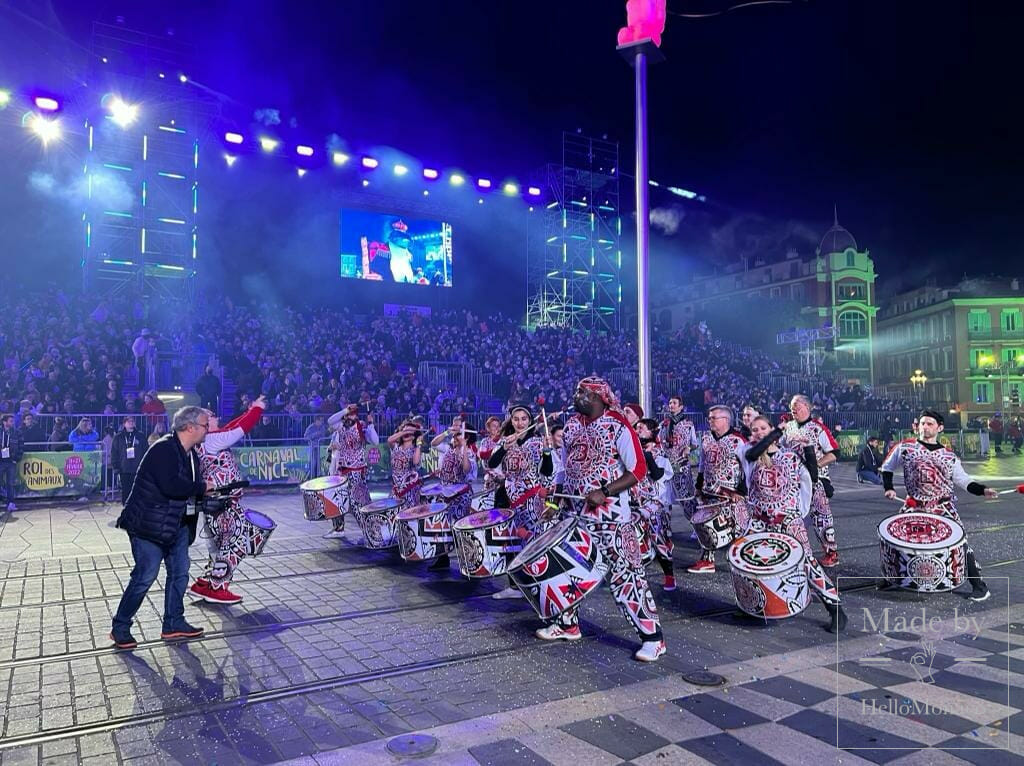 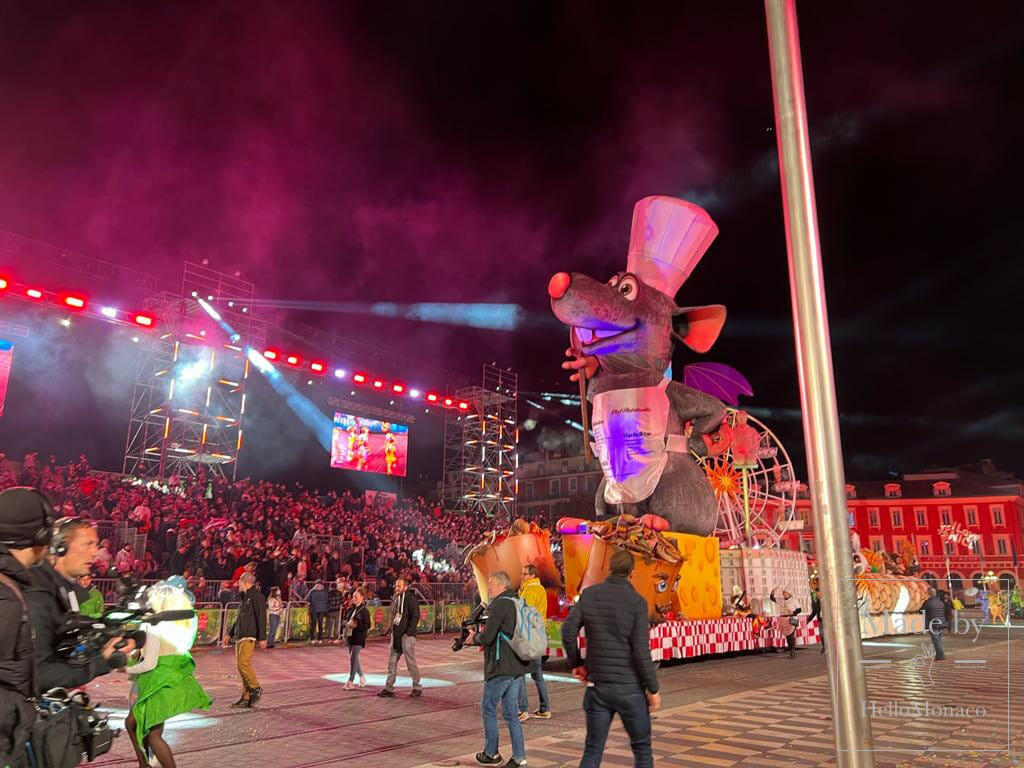 The Festival has metamorphosed into a day parade of incredible sparkle and imagination of an immense scale with a giant party and lit version at night, a kaleidoscopic extravaganza in neon. 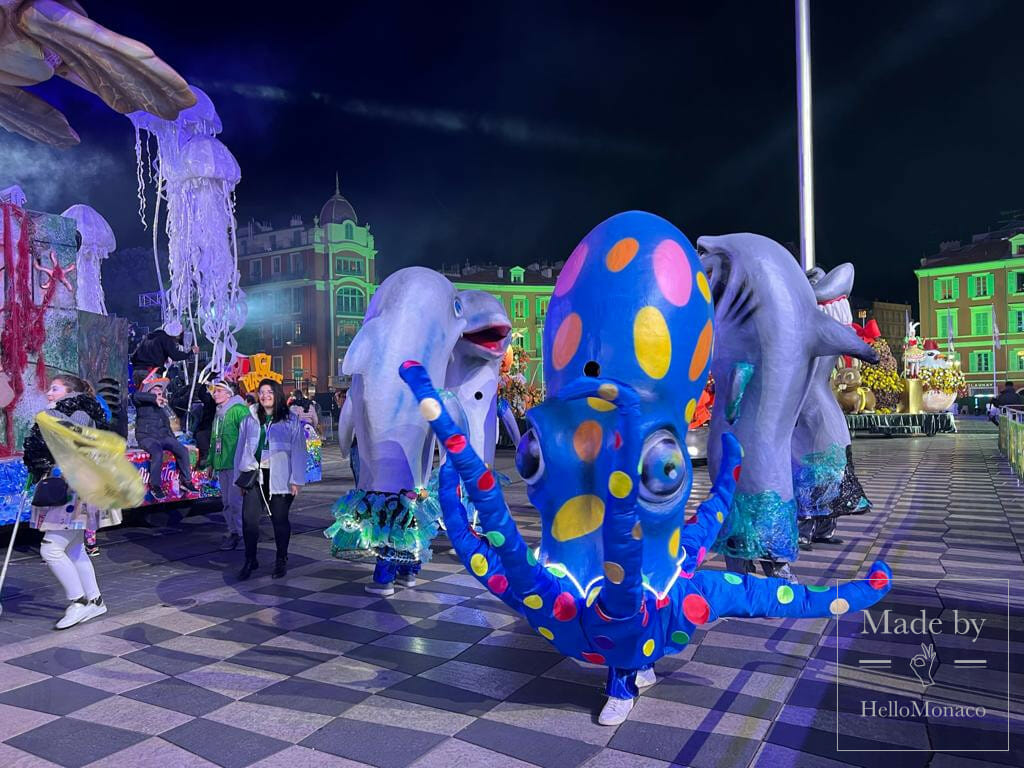 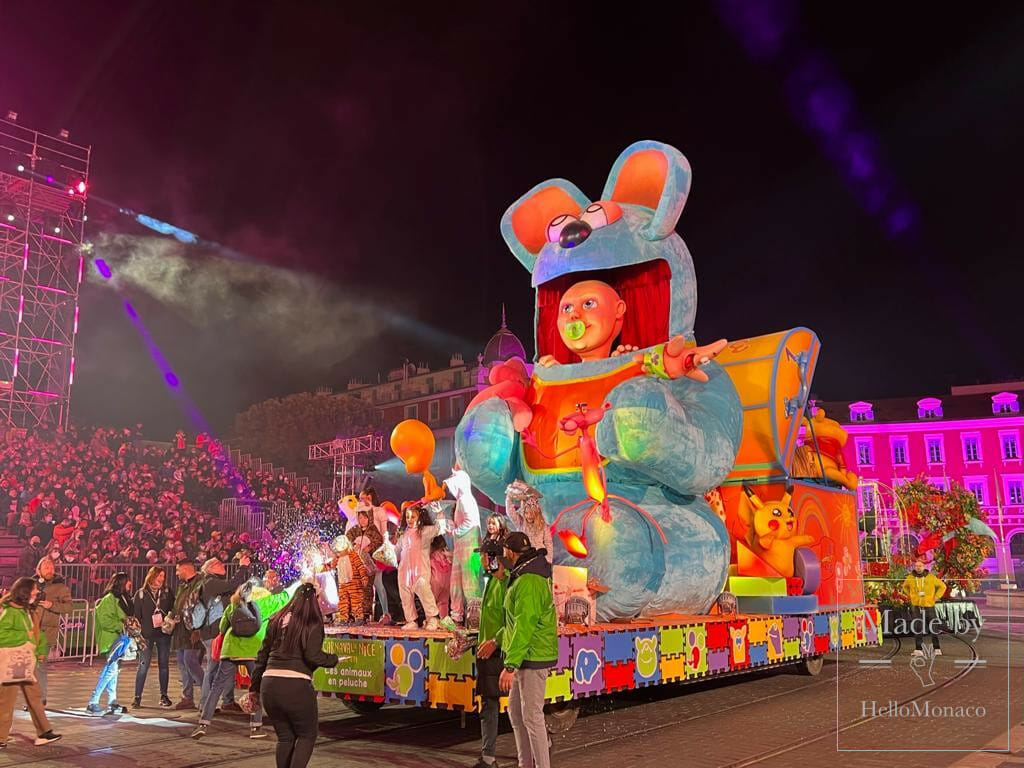 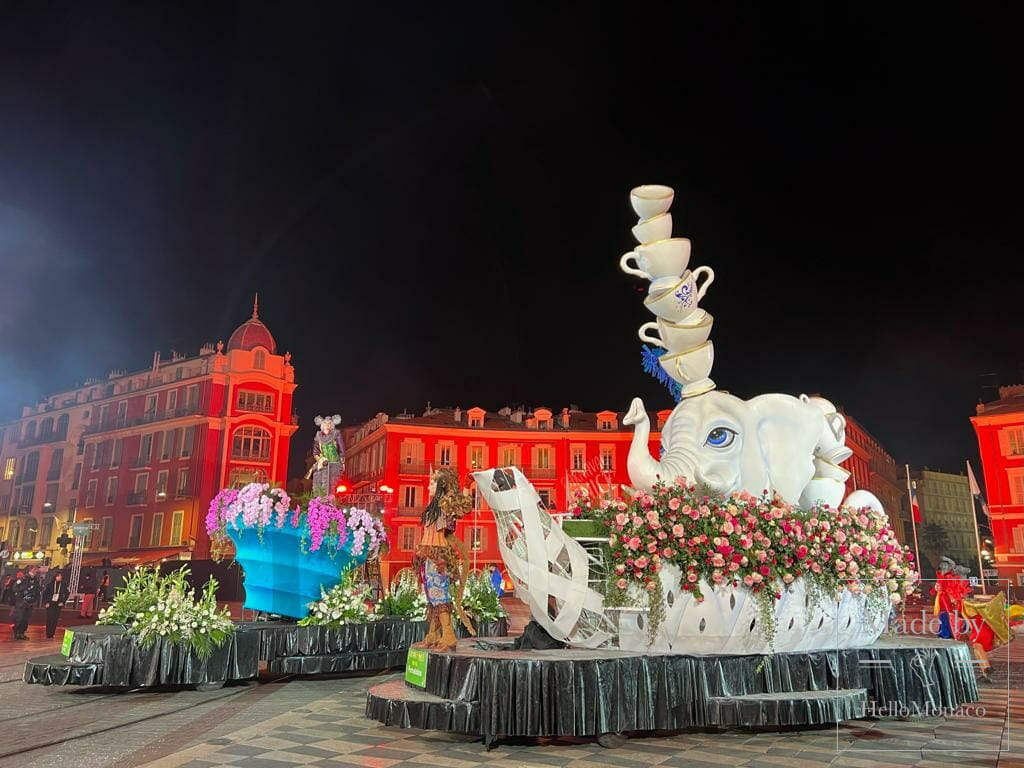