What does Monaco suggest to you? Expensive cars, luxury hotels, snow-white yachts… This must likely be the image attracting its many tourists, but you can only truly grasp the essence of this miniature Principality by plunging into its rich history.

Believe it or not, the Grimaldi family has been a ruling dynasty for more than 700 years and is one of the oldest in Europe. The family history is full of mysteries and legends, and each ruler made a special contribution to the Principality. This is evidenced by the number of monuments and documents that can be found in the various museums in Monaco.

The Cathedral of Monaco is, without a doubt, one of the most significant buildings in the Principality and the venue for its main religious ceremonies. However, few people know that the Princely Palace also has a chapel open only to the members of the ruling family. The public was offered an opportunity to visit this special place back in 2016, during European Heritage Day. 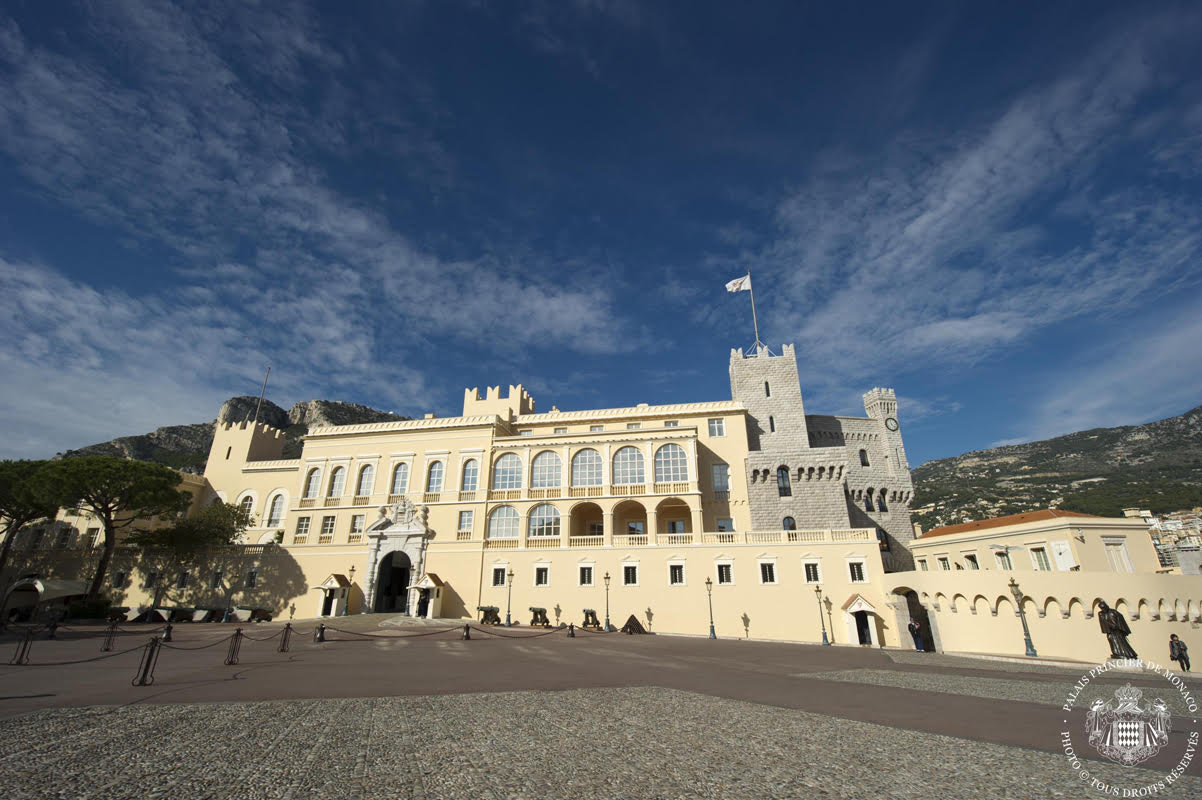 The History of Princely Palace Chapel

The chapel was built on the palace premises in the mid – XVII century when Monaco was ruled by Honore II. By the way, he was the first of the Grimaldis to have the Prince of Monaco title. The construction lasted from 1654 to 1656, and the chapel was named Saint Jean Baptiste. Why did the prince choose this saint in particular?

The story of Saint Devote, the patroness of Monaco, is widely known. Every Monegasque knows her legend up to this day. However, it is Saint John the Baptist (Saint Jean-Baptiste) who is the Grimaldi family patron. He is also the heavenly patron of Genoa where the Grimaldi story begins. The Italian city still keeps the relics of the saint. Legend goes that they were transported to Genoa from Palestine and are now part of San Lorenzo Cathedral. 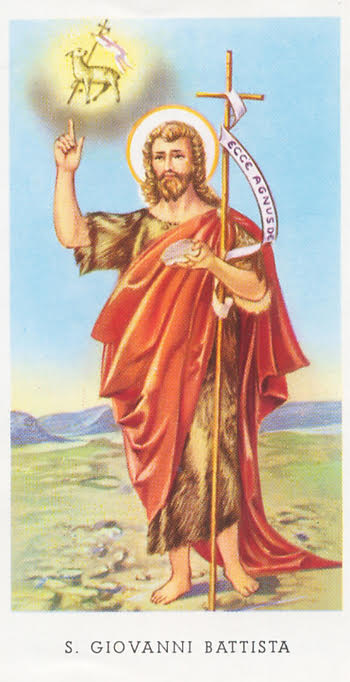 Now let’s go back to the Princely Palace Chapel. In 1872 under Prince Charles III’s reign it underwent major restoration works. The interiors of the chapel are now stunning in their splendour. Here you can admire the frescoes by the Italian artist Ernesto Sprega and the statue of the Virgin Mary holding a baby that is towering above the altar. By the way, Ernesto Sprega has undertaken several projects for the Principality. In 1877, he was also managing the pottery production in Monaco and created the mosaics which now decorate the Chapelle de la Misericorde.

As to the Princely Palace Chapel, a number of paintings ornate its walls. One of them is Saint Devote, the patroness of Monaco, who played an important role in its history. The stained glass windows made by the French artisan Nicolas Lorin narrate the story of this girl – one of the symbols of Monaco alongside with Francesco Grimaldi.

The chapel preserves the Princely family history. The heart of Charlotte de Gramont, the wife of Prince Louis I, is said to be kept here. In Monaco, she is primarily known for creating the Order of the Visitation of the Blessed Virgin Mary. In 1663, Princess Charlotte also inspired the opening of the first female monastery in Le Rocher. 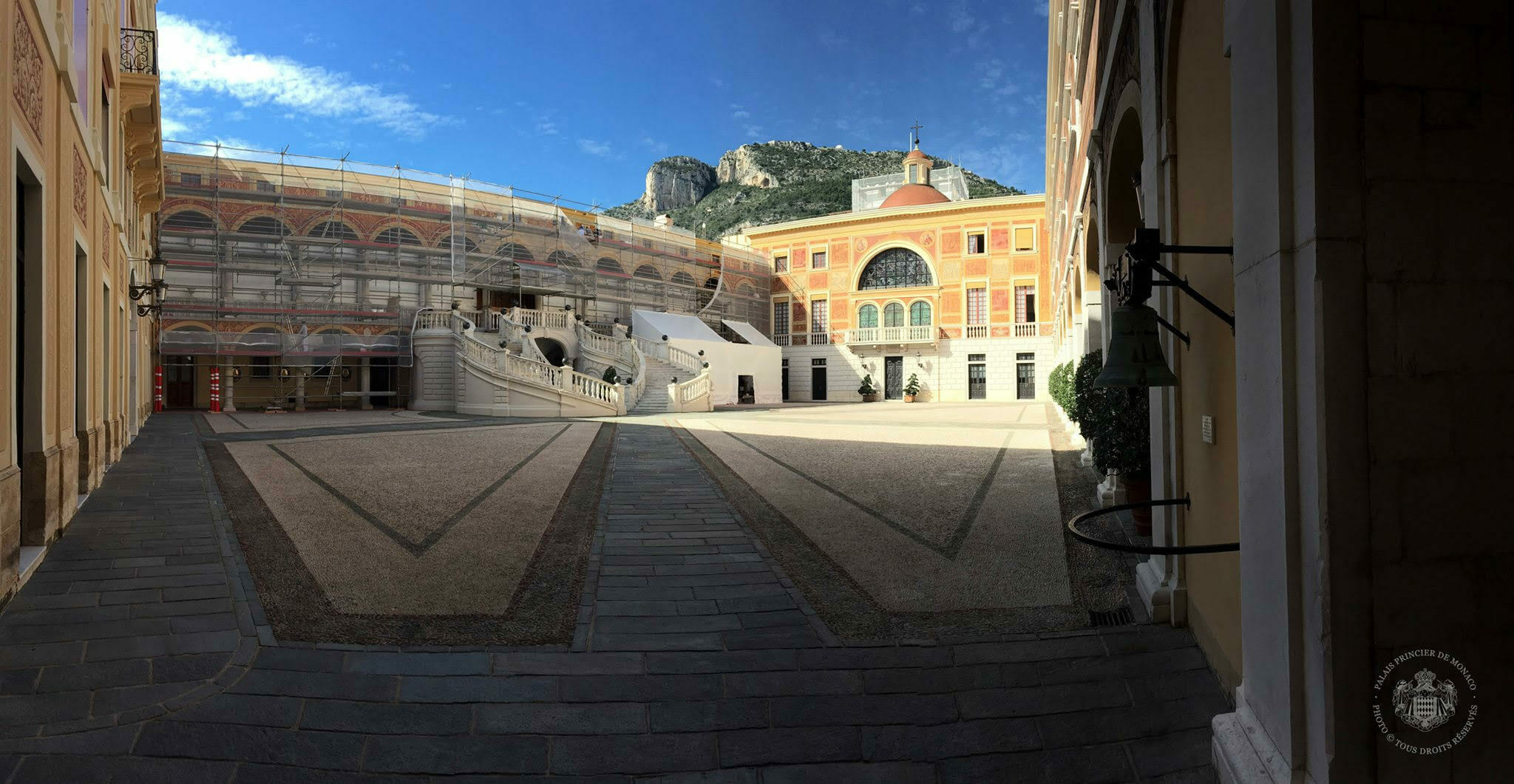 The Princely family has both sad and joyful memories associated with this place. In 2005, a farewell ceremony was held here in hommage to Prince Rainier III who passed away after his 56 years of ruling. About 800 people were invited to honor his memory within the chapel walls before the funeral procession headed to St. Nicholas Cathedral. Jacques Chirac and his wife, the Spanish King Juan Carlos, the Belgian ruler Albert II and Prince Andrew representing Queen Elizabeth II were among those attending the ceremony.

The walls of the chapel also witnessed many joyful events in the life of the Princely couple. That’s where a very young Albert performed in the church choir. As Prince of Monaco, that’s where he signed a marriage certificate with his future wife Charlene by his side. 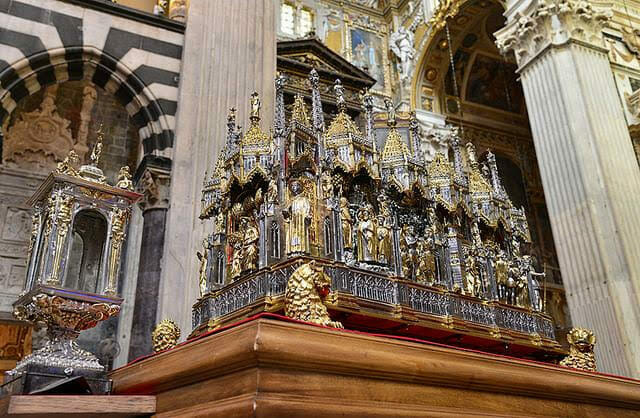 The chapel of St. John the Baptist is, perhaps, one of the most secluded corners of the palace cherishing the family memories dear to Prince Albert’s heart.

Monaco’s Port Hercule: The Beating Heart of the Principality, The Grand Prix, the Yacht Show and Local Culture

Monaco’s Port Hercule: The Beating Heart of the Principality, The Grand Prix, the Yacht Show and Local Culture