Nearly 120 years after the first gatherings of motorboats, Monaco is once again the spectator and the actor of unprecedented innovations with the 9th Monaco Energy Boat Challenge.

Organized by the Yacht Club of Monaco in collaboration with the Prince Albert II of Monaco Foundation, and the competitions of Credit Suisse, BMW and SBM Offshore and the Oceanco shipyard, this 9th Monaco Energy Boat Challenge of new propulsions is an important part of what makes Monaco, the “Capital of Advanced Yachting”.

“If Monaco wants to position itself at the forefront of Yachting, the Principality must support its transformation. It is only by combining our efforts and sharing our technological progress that we will achieve our goal,” said H.S.H. Prince Albert II, President of the Y.C.M. who wished to come and meet the 38 teams and 36 exhibitors present this week at the Yacht Club de Monaco alongside the explorer Mike Horn.

Pierre Casiraghi, vice-president of the Club, navigator and founder of Team Malizia also recalled the importance of hosting this kind of meeting in the Principality “it is essential for the future of yachting, it makes it possible to develop and to exchange ideas”, a sentiment shared by Bernard d’Alessandri, Secretary General of the Y.C.M.

The ninth edition taking place over the 4th to 9th of July indeed met all expectations with an international crossroads of 38 teams (21 nations) including 27 universities divided into three categories (Solar, Energy and Open Sea Class). There was unprecedented participation like those of the Indians (Sea Sakhti) from the Kumaraguru College of Technology, supported by the Indian navigator Abhilash Tomy who came for the occasion. “….I hope these students will return to India with many ideas because at least 10% of the fishing boats in India could use electric propulsion for example.” This is the first time that an Indian team has taken part in an international motorboating event. Peru, Greece, Indonesia and Canada also made the trip, each with the firm intention of unveiling its solution and its prototype. 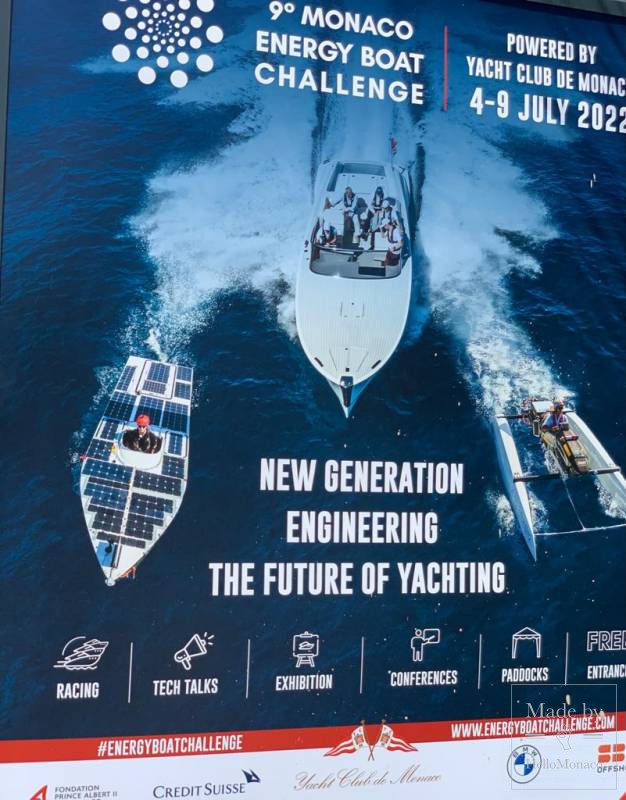 A veritable laboratory of innovation the Monaco Energy Boat Challenge encourages mutual support between the teams. Victims of engine and battery failure, the Canadians and Peruvians helped each other by lending parts. As for the Italians from Uniboat, 2021 winners in the Energy Class, they came to lend a hand to the Canadians to restore their boat. A gesture that competitors from across the Atlantic are not ready to forget.

Ingenuity at the rendezvous

Nearly 50% of the teams have adapted their projects to minimize transport costs and also their environmental footprint by innovating on boats that can be dismantled or foldable.

2022 the vintage of all possibilities

The Innovation Prize went to the Portuguese team Técnico Solar Boat (Energy Class). “By dint of working on hydrogen, we have been able to see real innovations in the field, in particular with Técnico Solar Boat (Energy Class) with its advanced eco-design which has developed a system for dehumidifying the hydrogen and the gases which pass through the fuel cell noted the President of the International Jury, Jérémie Lagarrigue, CEO of EODev. “….The advances also concerned the propellers with increasingly efficient profiles delivering nearly 80% efficiency against 50% in the industry currently.”

In the Energy Class the amount of energy on board was doubled to 10 kWh. making the boats undeniably faster. Overall, the teams raised the general level a notch for this 9th edition. 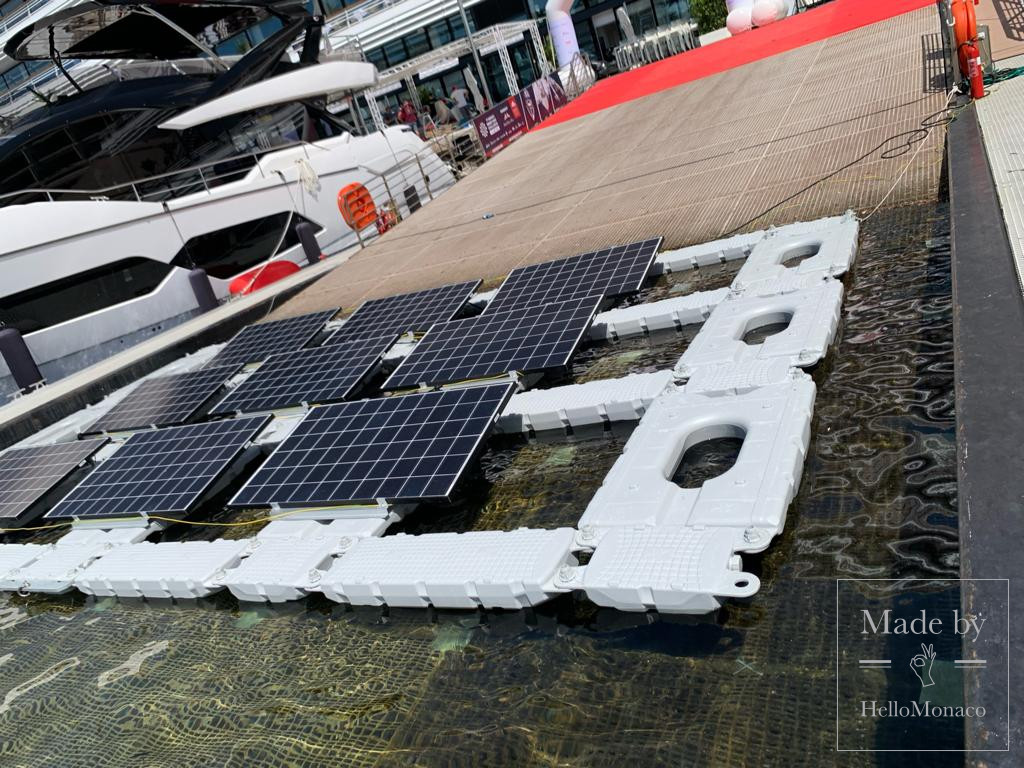 Alongside the competitors, 36 exhibitors came to the Principality this year to showcase their progress. The bay of Monaco had thus welcomed around fifty units: a record never equalled!

Distributed in the Village dedicated to them, these professionals shed light on their project like SBM Offshore, a company based in Monaco and in the running for the 4th consecutive year. Their pontoon producing green hydrogen from renewable energies was moored in the YCM Marina with the novelty of adding floating photovoltaic panels. The hydrogen supplied enabled their SBM E-Racing Team, engaged in the Energy Class, to restock to take part in the events at sea.

The Paddocks were the scene of some novelties, such as the flexible solar fabrics of Solar Cloth covering two structures with foldable photovoltaic modules. Associated with this, floating solar pontoons allow the electricity produced to be reinjected into the YCM Marina in partnership with SMEG. While in terms of hydrogen, EODev presented a 100kVA zero-emission electro-hydrogen generator GEH2 that can provide off-grid electricity like a generator, but without any pollution.

On land, the speeches occupied attention in particular during the conference day entitled “New Energies in Yachting: Opportunities and Limits”. The meeting was also able to address production of energy on board while considering yachting as a vast field of experimentation from which advances are born.

Experts and specialists met for the 3rd Monaco Hydrogen Working Group Round Table entitled “Unlocking the barriers to hydrogen in the maritime sector: port regulations & economic viability of projects”. It made it possible to draw up an inventory of the hydrogen market, its regulations and its funding.

Races at sea and in the digital world

At the forefront of new propulsion systems, the Monaco Energy Boat Challenge must be present in the digital world. This is how a new communication platform was launched, mixing reality in a digital setting. Inaugurated by Frédéric Genta, it is a promise for the future. Digital makes it possible to open the event to the greatest number of enthusiasts or experts without distance constraints. It used the UNREAL 5 rendering engine, an engine used today in the world of online video games.

We also find on this platform, the racing simulator video game made by young students who previously participated in the event. The objective is to give the possibility to whoever wishes to live the unique experience of a race in a solar boat!

Dominating in Energy Class, the Italians of UniBoat (University of Bologna) retained their title just like the Dutch of Sunflare victorious in Solar Class. The Brits from Vita Yachts – Lion complete the Open Sea list.

Everyone is already looking towards the 10th edition of the Monaco Energy Boat Challenge (July 5-8, 2023).