When the best chefs from Russia, France, Thailand, Spain and Monaco get together in the kitchen, get ready for a miracle!

On October 18 – 20, the Monark space in Port Hercules was transformed into a kind of gastronomic studio, with the best chefs delighting the Monegasque audience with their culinary masterpieces. This season’s specialty were dishes based on authentic traditional cuisine. A combination of Black Sea conch shells with batatas – is that intriguing enough! 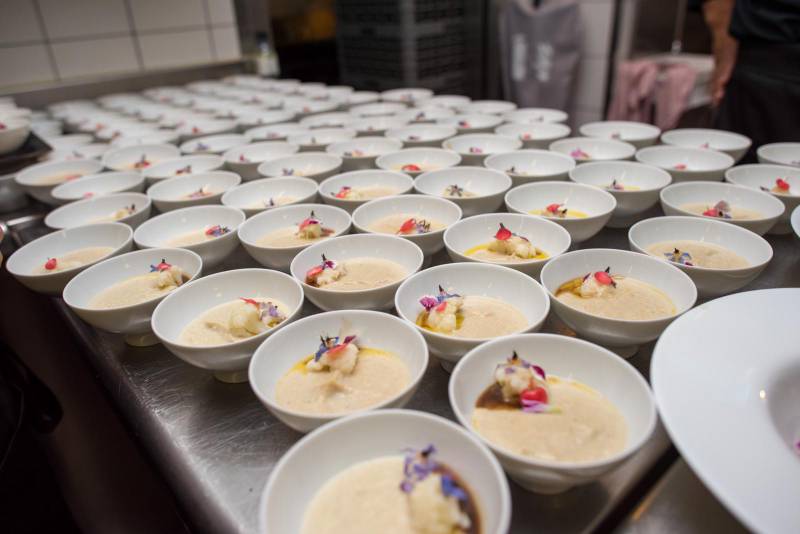 The HelloMonaco editorial team found itself in the fortunate position to attend this “Gastronomic Seasons” event. Keeping track of the metamorphosis of ingredients that kept changing their shape, colour and taste in the hands of famous chefs turned out to be not just a gastronomic, but also an aesthetic experience.

The guests wishing to taste this “overseas cuisine” flocked to the area in great numbers. The terrace and the inside space were equally crowded, and for a good reason. The bar counter became a venue for a gastronomic show, with the dishes served “a la minute”. Snacks, main dishes and desserts, and the perfect glass of wine to match, revealed themselves in turn, tantalizing the tastebuds. Interestingly, this event introduced us to wines produced in the Krasnodar region. And they were just as good as French ones. In addition, everyone had an opportunity to taste sea salt, basil and praline chocolate by the Le Bonheur (Happiness) brand. These delicacies were the fruit of a Russian-French cooperation between Yekaterina Kiselnikova and the Parisian confectioner Laurent Moreno. The flavours were truly surprising and made one ecstatic, even if it were just for a moment. 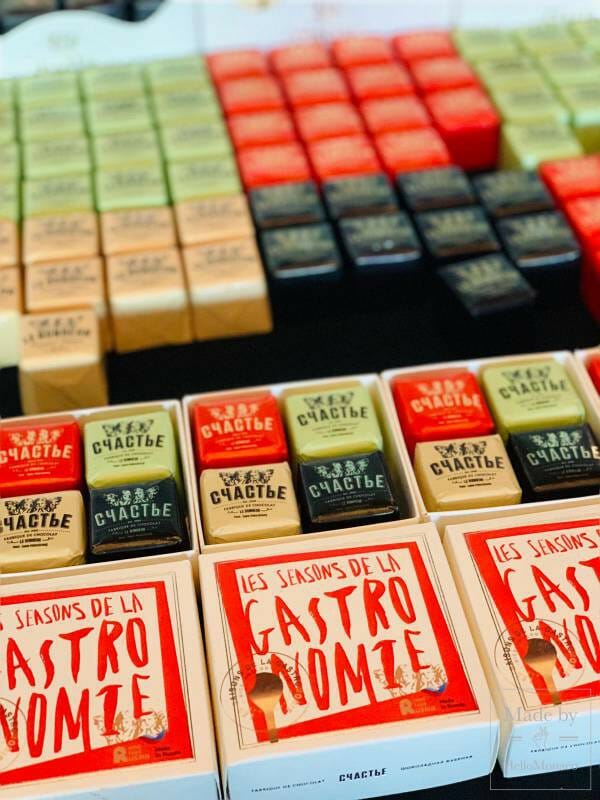 We got to talk to Andrei Savenkov, the chef of the “Doctor Whisky” restaurant in Yalta. The night before, during the gala evening on October 18, he won the hearts of the French audience with “his” specially presented wild boar. The chef delighted us with his stories about this incredible menu, dating back to the 19th century.

“We brought three dishes from our historical menu to Monaco, created on the basis of the Vorontsov and Livadia Palaces’ archives. We reconstructed the dishes that were served during the different historical eras. Some of them were the favourites of Count Vorontsov, Nicholas II and many other historical personalities.

When we were preparing for the gastronomic Palme d’Or competition (where we eventually won third place), we used regional Crimean products, mainly game, as the basis for our dishes. Once, we were lucky enough to discover an ancient cookbook at the Vorontsov Palace. We borrowed its recipe for venison, reconstructing and modernizing it. We were not allowed to actually touch the recipe book with our hands since it represents an important historical document. But we did receive the copies of the pages we needed after a number of requests made at the federal level. That’s how our menu was created. Luckily, modern technologies offer us a much faster way to cook these old traditional dishes. For example, they used to soak boar for three days. These days this process can be accelerated and finished within a few hours. They used to steam the meat in the ovens. We now have the sous-vides, special vacuum machines giving the same result in a shorter space of time. Our restaurant has a gastronomic laboratory where we have been experimenting and developing this menu. Our goal was to prepare dishes having the closest resemblance to the tastes and settings that existed in the past. During the gastronomic gala dinner, we decided to “bring together” the Crimean and French cuisine which included cooking local purple-colored potatoes with some wild boar meat. It turned out to be a very pleasant surprise indeed, much appreciated by the local audience.”

You might ask, what do the Crimea and whiskey have in common? According to historic records, the Scots were actually present in the Crimea. They used to hire themselves out in the service of the Russian emperors, helping develop the Crimean fleet. The locals even believed in the healing properties of this drink. Personal physicians treating Count Vorontsov, prescribed whiskey as a cure for many diseases. This is where the name of the“Doctor Whisky” restaurant comes from. The Maestro of traditional Siberian cuisine and the gastronomic theater “Puppen Haus’” chef, Vladimir Burkovsky, is today a legend. HelloMonaco discovered what Siberian cuisine is like and where the chef’s love for cooking comes from:

“My love for the cooking was born in my family. My grandmother used to cook some unforgettable dishes – from baked fish, cold soups to amazing pastries. As a little boy, I loved her home-made meatballs more than anything else. Another delicacy for me was lard served with a slice of rye bread and garlic flakes.
You have no idea how rich Siberia is in its food; it is unbelievable! From venison, hare, partridge, grouse, all kinds of mushrooms, berries, fish, grayling, sturgeon, starlet, tugun and a selection of caviars. 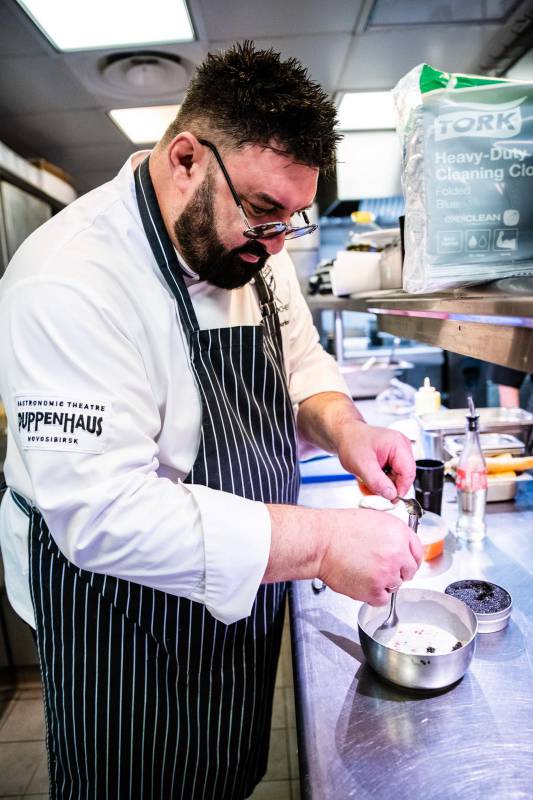 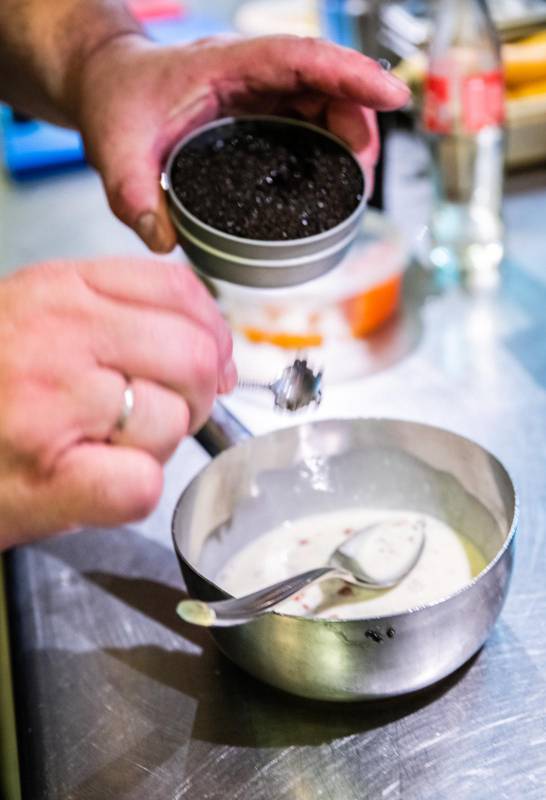 I believe that cooking is a talent, not just acquired skills. Some chefs turn their dishes into such works of art, that it is even a shame to eat them. I am actually a “taster”, and sometimes I get brilliant results combining incompatible ingredients. For me it is important for the food to be enjoyed and be surprising at the same time. The biggest reward for a chef is for all his food to be eaten by his guests. And that’s what happened in Monaco – our lazy stuffed cabbage roll with puffed rice, calf cheek with caviar sauce and Siberian herbs were all eaten to the last spoonful. 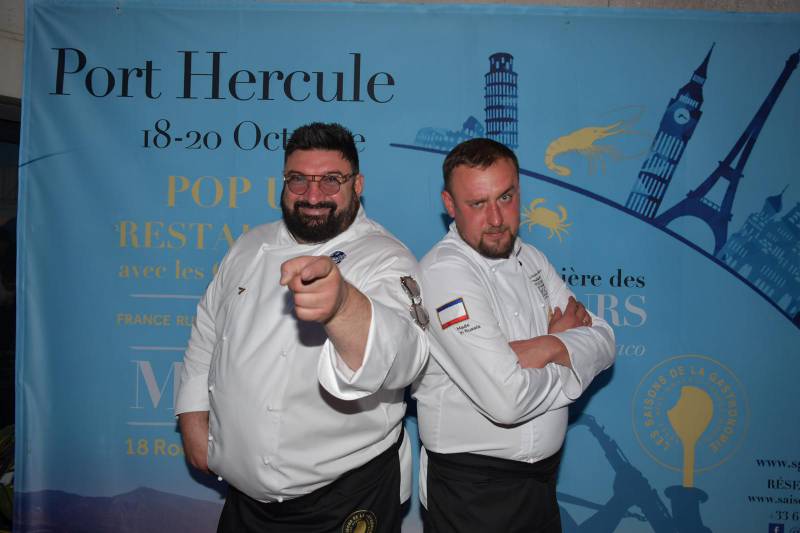 So how should someone who does not know how to cook, but would really like to learn, start? This question was answered by the guru Burkovsky. Believe it or not, it all starts with some motivation and fried eggs or rice porridge.

We will be looking forward to the return of “Gastronomic seasons” to Monaco next year in 2019!