Property on the developing Anse du Portier project, the Principality’s new eco-district, will be costing buyers €100,000 per square metre, according to independent property specialists in Monaco. The district will extend the Principality’s existing coastline and spans from the Grimaldi Forum to the Formula One tunnel.

In 2015, several capital investors put approximately €3 billion into the seafront extension project. According to Monegasque property specialists, given the seafront location of the buildings and the high-end level of construction, each square metre is projected to be negotiated for around €100,000. By the time construction is ready (in 2025) certain properties, including Villas, could cost between 120,000 and 150,000 euros per m².

Real estate marketing of apartments and villas on the district began quietly a few months ago. Certain properties are only being presented to clients that have been chosen according to very specific criteria.

60,000 m² of luxurious, energy-efficient homes will be created, as well as shops, a landscaped park and a small marina. The district will aesthetically integrate with the existing coastline of the Principality. It has been designed with a curved design, an extension of the naturally existing formation of Monaco.

“Given the configuration and size, my country has always been innovative in its ability to develop and support growth. This new challenge that I have set for the Monegasque government, along with designers and builders, is to achieve what has historically proven difficult; to develop an extension of our land onto the sea with the utmost respect for protection of the natural environment,” said HSH Prince Albert II, who initiated the Anse du Portier project. 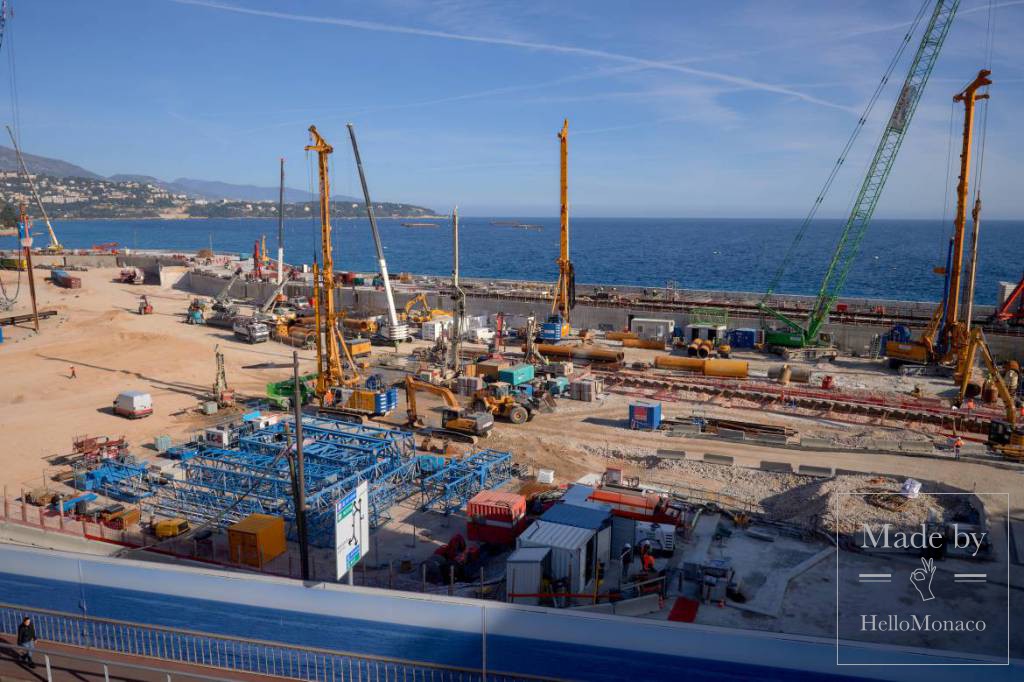 Something for everyone: Public spaces in Anse du Portier

For residents the district will also offer many public and exclusively pedestrianized areas. These areas include: a one hectare public park, various public walkways (both along the coast and throughout the district, which will connect with existing areas of the Principality), a port offering approximately 30 boat ramps, an underground public car park as well as an extension to Monaco’s cultural and events space, the Grimaldi Forum.