Have you noticed how many celebrity chefs look slim and dapper? And that goes for many of the municipal team at the Mairie. HelloMonaco wondered what is their secret. Are they quietly congregating at some Gym early in the morning? That may be the case, but what they also have in common is that they eat really healthy food. And many of those exquisite dishes are prepared with ingredients sourced at the Marche de la Condamine. 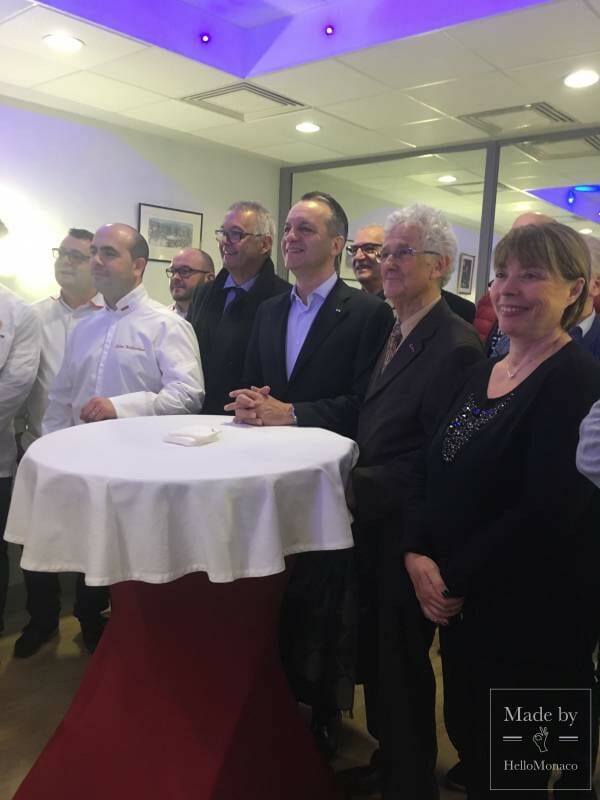 It’s not often that 28 of the finest chefs from Monaco and its neighbouring communities get together. But when a special occasion warrants it, they race in unison. Some of the finest vendors from the Market Hall at the Condamine were offering tasty spreads and so the Chefs flocked to the Town Hall on the Rock to enjoy the treat in the company of the Mayor. 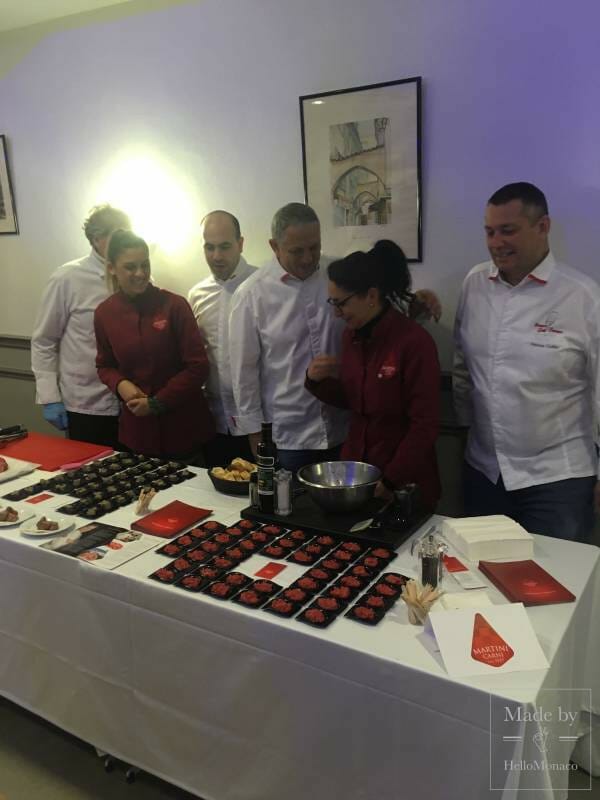 The event was hugely understated under the guise of “Casse Croute” organised by Joel Garault, President of Monaco Gout et Saveurs. But this was no “snacking” in the sense of a typical Casse Croute. Rather, imagine savouring the finest fish, meat, seafood, deli and cheese originating most often from local Bio producers. Everything was put on display by the Halle de Marche’s boutique vendors – and served in style at the Mairie’s restaurant with the help of their Chef, Julien Baldacchino. 28 Chefs and the Mayor and Jean-Marc Deoriti-Castellini, all delightedly “snacking” together. 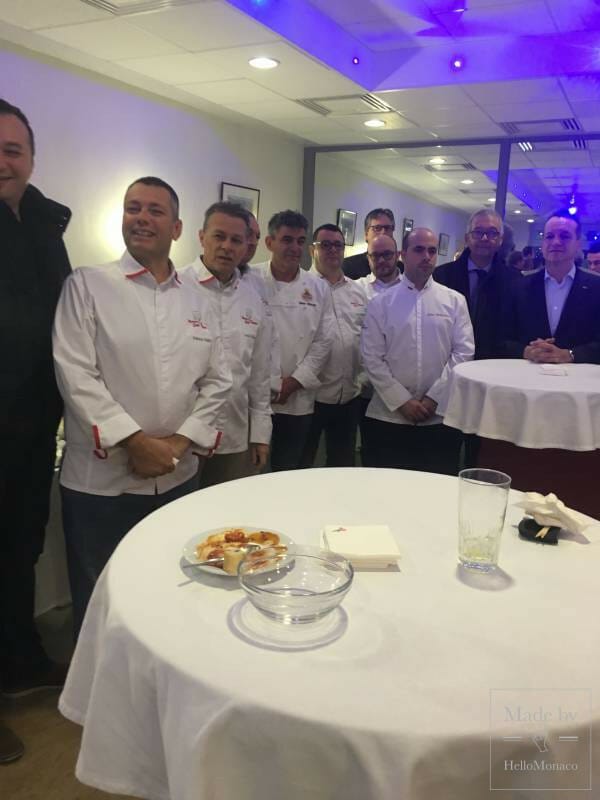 The Market Hall of Marche de la Condamine is one of Monaco’s treasures beloved by the Mairie. 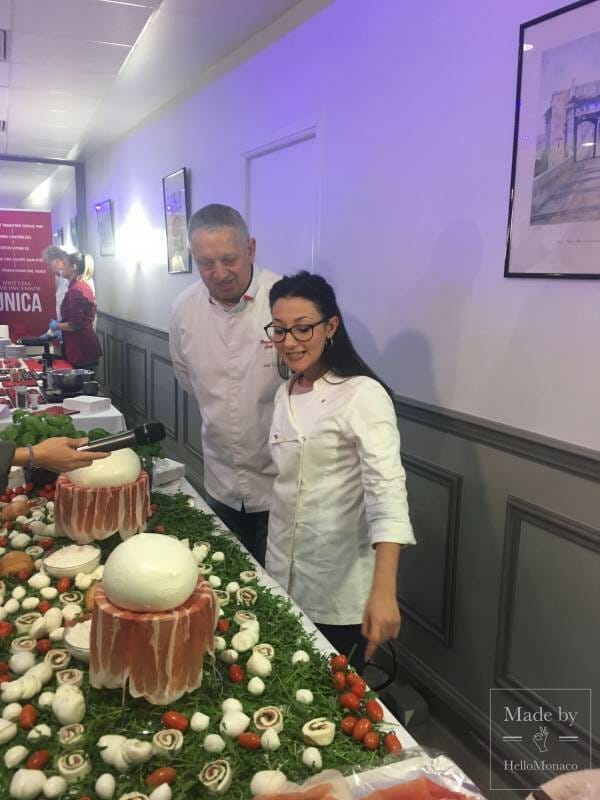 HelloMonaco had the honour of interviewing Georges Marsan together with Jean-Marc Deoriti-Castellini, who is the Mayor’s Delegate including responsibility for the Condamine Market (Service du Domaine Communal, Commerce, Halles et Marché). 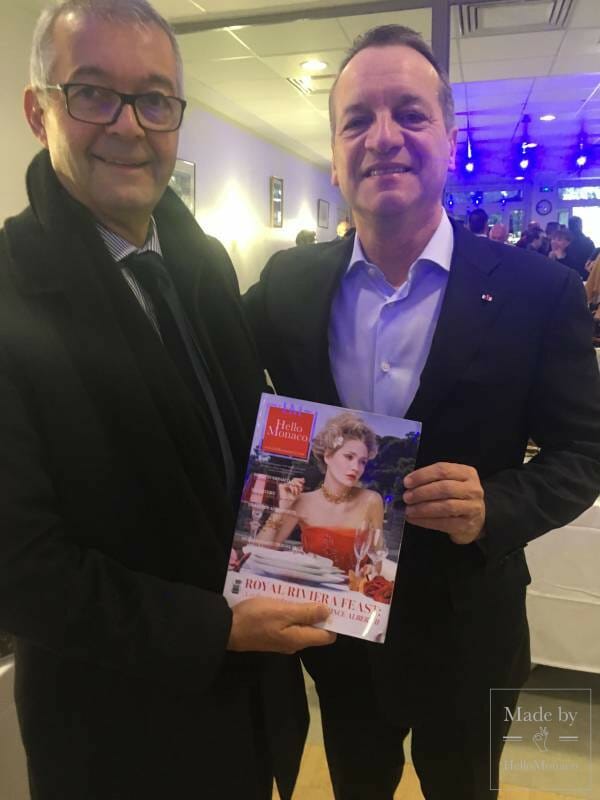 Georges Marsan confided in us his love with the cuisine in the Marche de la Condamine. That love goes way back to the good old days – way before all the Michelin star restaurants and the marvellous cuisine in, for example, the luxurious Salle d’Empire. Imprinted in his memory are the warmth of the camaraderie in the two restaurants in the vicinity of Marche de la Condamine. Simple pleasures on a small scale at the just two small restaurants that existed in those times: “La Becque qu’est Rouge” and “la Calanque”. And the same for his adjutant Jean-Marc Deoriti-Castellini, as they enthuse over those good old days to HelloMonaco. It is that spirit that they are dedicated to preserving in Monaco alongside all the other grand splendour. 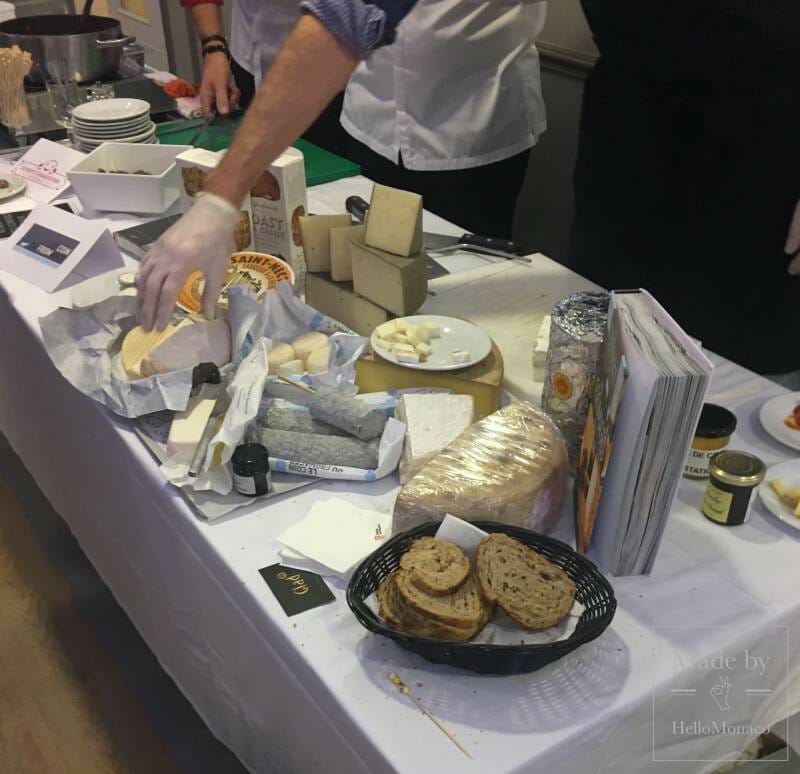 They glow with pride telling us about this unique quality of life in Monaco that draws thousands and thousands to shop in the the Marche de la Condamine and to visit the Christmas market. People feel happy and safe. Big plans are afoot for after the Municipal elections for more entertainment including transformation of the Mediatheque and including a digital transformation in municipal services. But it won’t change the quality and freshness of the food at the Condamine nor Georges and and Jean-Marc’s memory of it in different times in their youth. It’s a legacy that they want to preserve and pass on to all the children in Monaco today. 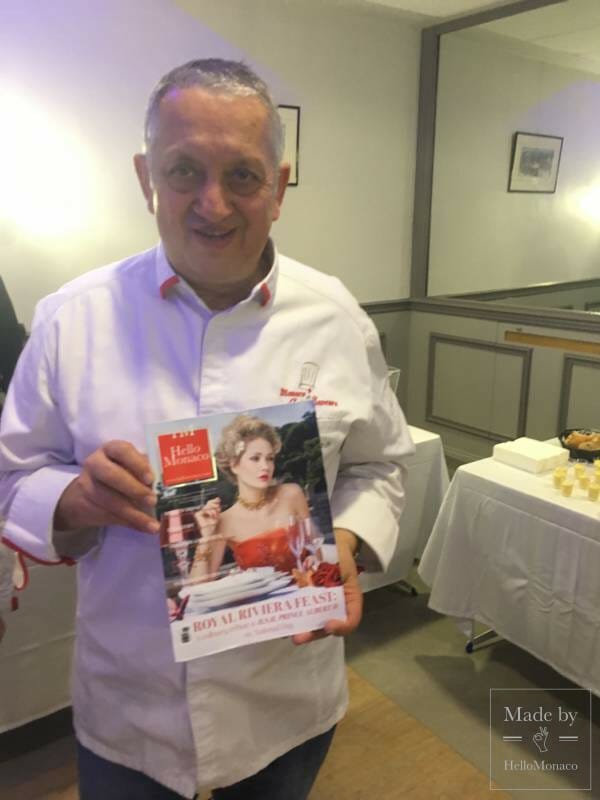 And then HelloMonaco turned to Chef Joel Garault (of Hermitage fine dining fame) President of Monaco Goût et Saveurs who shared with us highlights from his career.

HelloMonaco: Tell us about your most memorable banquet.

Joel Garault: It was a birthday at the Hermitage for a wonderful Russian client. He wanted it to be incredibly beautiful for his 120 guests. So we covered the room with 6000 roses. I can still see those 6000 roses – absolute splendour. And we served a classic “ancien” recipe by Paul Bocuse, Homard aux cèpes with “gratinee estragon”. 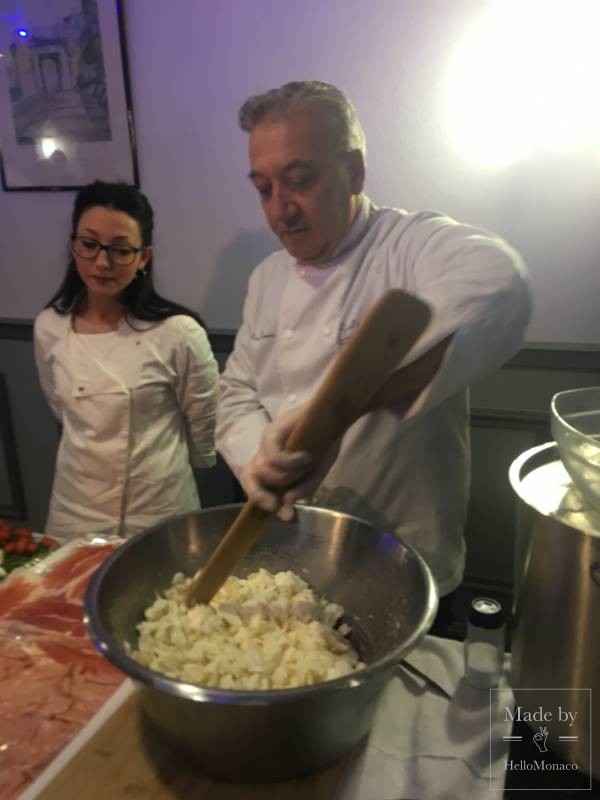 HelloMonaco: Over your whole career, you must have witnessed a mistake that made everyone laugh?

Joel Garault: One day we served a plate of “rougets” to a customer who licked his lips and complimented us after eating them. Then kindly and with much laughter he said  “that was absolutely delicious; now could you serve me what I ordered!” We had sent the rougets to the wrong table! Every day we strive for perfection, but sometimes a little laughter and human warmth and kindness make an evening even more memorable for us all.

HelloMonaco: Your last meal, your last wish before going to the guillotine, what would it be?

Joel Garault: Definitely a Bouillabaisse celebrated with my fellow Chefs here – and then we could all go to the Guillotine together happy! (laughs)

HelloMonaco: Hopefully before you savour that Bouillabaisse you will let us in on what trends you see in the world of cuisine. 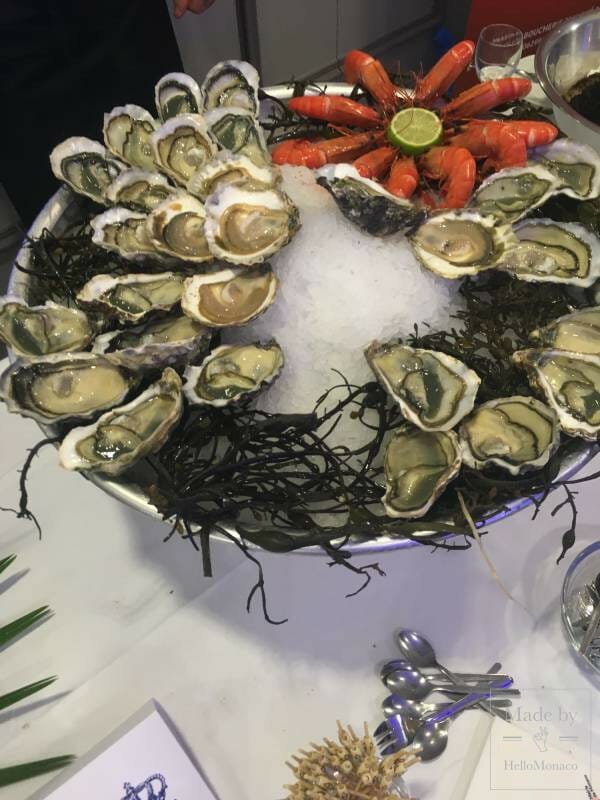 HelloMonaco: Can you do that at a price accessible for most diners?

Joel Garault: Yes – think of the saving from the reduction in pollution and from not having to transport food over thousands of kilometres.

HelloMonaco: And finally the most memorable occasion in your whole career?

Joel Garault: The day after the wedding of Prince Albert and Princess Charlene, they paid me the honour of a visit to the Hermitage and I was able to cook for them. I treasure that memory.