Monaco’s cultural heritage will be celebrated on Sunday 26 September, during European Heritage Days, with a vast and exciting program. All across the Principality, 40 participating cultural institutions will be opening their doors and welcoming visitors.

In 1996, the Principality took part in the European Heritage Days for the first time. Initiated by the Council of Europe, this event is now celebrated by more than 50 European countries which welcome nearly 30 million visitors each year. Here are a few highlights, all within walking distance of one another, in Monaco-Ville.

The City Hall is the oldest Monegasque institution (13th century). Members of the Municipal Council will be present to answer visitors’ questions. A young violinist from the Rainier III Academy will perform at 10-11am, 12-3pm and at 4pm in the Salle des Mariages. Exhibition of heritage documents. Free visit of the Hall, the Marriage Room, the Council Room and the Mayor’s office. 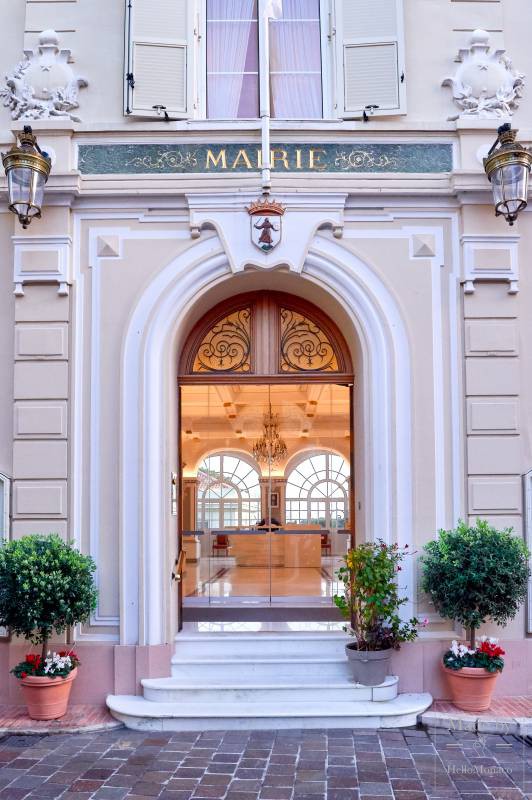 The first stone of the cathedral was placed on6  January 1875 during the reign of Prince Charles III. Construction ended almost thirty years later in 1903 under the reign of Prince Albert I and was carried out by Charles Lenormand. The white limestone blocks, which were used for the structural work of the building, come from Monegasque and Turbiasque quarries. Self-guided tour of the Cathedral from 8:30am to 10am and 12pm to 6:45pm.

This prestigious building, backing onto the mythical Rock of Monaco, is the Foundation’s flagship and sees more than 650,000 visitors per year. Beyond its remarkable architecture, it is distinguished by a world-famous aquarium, exhibitions and events and the joining of art and science. As part of the European Heritage Days, the Animation Service will offer guided tours about two female figures and their works: Jeanne Henriette Caroline Le Roux, the first woman painter to join the scientific campaigns of Prince Albert I and Hanna Resvoll-Holmsen, the Norwegian botanist who took part in the scientific campaign of Prince Albert of Monaco Mission Isachsen in Spitsbergen in 1907. 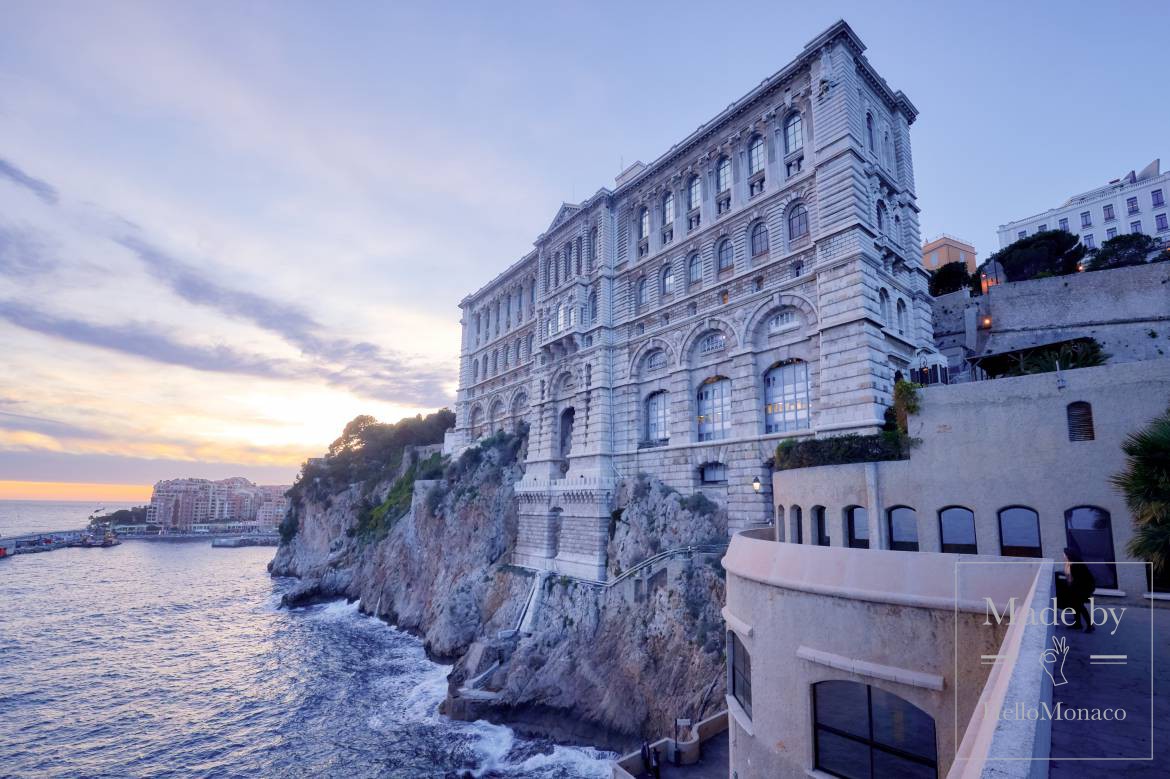 A presentation by the elected representatives of the National Council will take place in the large hemicycle of public sessions about the institutional role and the functioning of the Assembly. Access to the small and large hemicycles, the Pas Perdus room, the library, the offices of the Elected and the President, as well as the panoramic terrace. Bonsai exhibition by Team Monaco Bonsaï. Tours of song by young Monegasque singer, Sami Amato Marsan, who won the Junior Trophy of the Golden Voices Music Awards in 2020.

On the occasion of the 26th European Heritage Days and the 1st Women’s Heritage Day, the Women’s Rights Committee is organising an exhibition entitled “Remarkable Women in Monegasque History” at the Princess Grace Rose Garden. As part of the “Women and Heritage” theme, the Committee is thus highlighting exceptional women who have helped to change women’s place in society and promote equality.

This exhibition was designed as an educational tool and enables visitors to discover, or rediscover, 15 women who are no longer with us but have made their mark on the Principality (such as the Princesses Louise-Hippolyte and Charlotte, and Anne-Marie Campora), or who have been connected with Monaco in various fields (including Colette, Josephine Baker, Suzanne Lenglen, and others.) 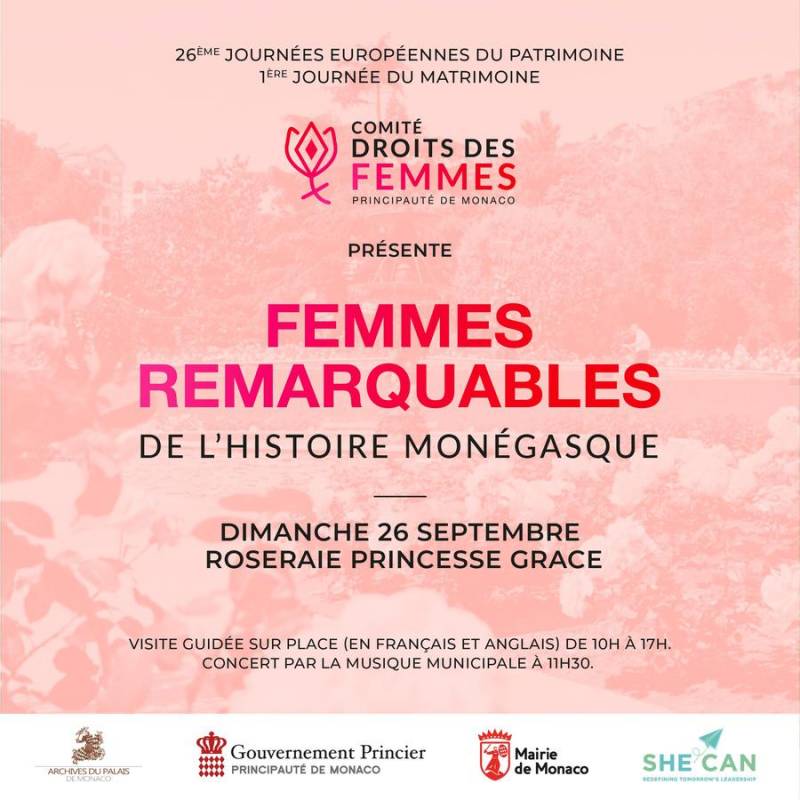 “Remarkable Women in Monegasque History” is on display from 26 September to 15 October 2021 at the Princess Grace Rose Garden. (source: gouv.mc)

On the programme for 26 September:

At 11.30 a.m.:  concert by the Municipal Band with an all-female programme.