“May Santa Devota bless the Sovereign Prince, His dear Family, my tiny Country and everyone who live here”. Those words from the Monegasque Cánticu a Santa Devota (Santa Devota’s canticle) by Luí Principale and Fernand Bertrand launched the 2019 celebrations in honour of the Monegasque Patron Saint on Saturday morning (26th January 2019) at the Sainte Dévote Chapel. That was something more than a “simple” Catholic mass.

The holy ritual in Monegasque language in its pure tradition, presided by H.E. Monseigneur Bernard Barsi, Archbishop of Monaco, overwhelmed the audience. Local songs and cultures made all Monegasque authorities and citizens relive the contemplative atmosphere in the spirit of Christian solidarity as underlined by Monseigneur Fabrice Gallo in his homily. The Archbishop of Monaco spread a message of hope able to unify all Churches while pronouncing the evocative “Blessing of the Sea” on the churchyard, just after the “messe des traditions” (traditions mass).

The Legend of Santa Devota, in fact, links tightly the Principality and the Sea.  The dramatic story of that young lady, martyred in Corse and then landed on the Monegasque shores as a holy dead body to preserve her memory, is surprising believers and non-believers and it makes people forget that it dates back to the age of the Emperors Diocletian and Maximian (303-304 A.C.). The large public acclaiming Santa Devota’s relic in procession from Quai des Etats-Unis to the Chapel on Saturday afternoon, confirmed this. On sweet troubadour-style guitar tunes, Monseigneur Barsi celebrated the Salut du Très Saint Sacrement (Greetings of the True Saint Sacrament) in the presence of H.S.H. the Sovereign Prince, H.S.H. Princess Charlene, Hereditary Prince Jacques and the most eminent figures from the Gouvernment Princier, the Conseil National and the Mairie de Monaco.

A crescendo of emotions that culminated in the Symbolic Boat Burning, covered with an olive tree canopy. A long ceremony for the Famille Princière, reaching its climax with the dove flight, symbol of prosperity and peace for the whole Principality and the entire world, the latter represented by a video-message from the Monegasque delegation attending the World Youth Day in Panama City, under the auspices of Pope Francis.

Glittering musical fireworks by “Flash Art Monaco Entertainment” announced the next-day celebration that started on Sunday early morning on the Rampe Major, besides the Palais Princier.  Then, an orderly procession followed Santa Devota’s holy relics into Monaco Cathedral. The harmonious voices of the Petits Chanteurs de Monaco accompanied by the major organ kick-started the High Mass in the presence of the Prince Sovereign, His consort the Princess and the highest diplomatic, governmental, military and religious representatives. The official ceremony was followed, as usual, by a procession within the old Monaco Ville and the exciting Blessing of the Princely Family waving at the audience from the balcony of honour. 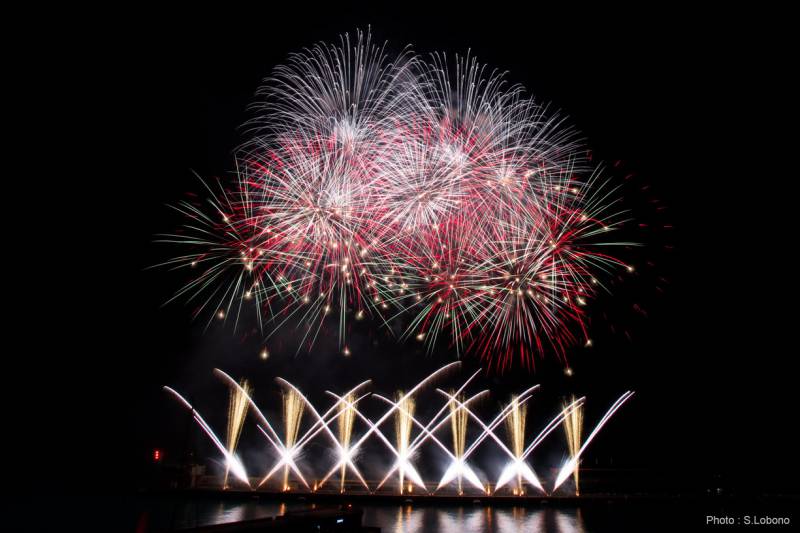 Any detail has its own heritage-related meaning. What is behind the musical pyrotechnic show? HelloMonaco asked Stéphane Lobono (S.L.), Director General at Flash Art Monaco.

HelloMonaco: Monsieur Lobono, what is needed to better perform in such a special occasion? How important symbolic values are?

S.L. : I have been managing this ceremonial show for several years, being appointed by the Mairie de Monaco, and every year it comes a moment of unedited creativity. The main mission is to offer the Principality a brand-new performance based both on classical values inspired by Santa Devota’s legend and modern-classic choices as we did this year. We started almost two months ago in Monaco by selecting plenty of musical compositions that we considered the most inspiring for each sequence of this multimedia show. We truly start from a blank page. This year, our musical tastes were grounded on the religious themes to gather the most important Monegasque authorities in one place. We decided then to keep some drama, gravity and joyful tunes referring to the Devota’s experience of life, while maintaining a musical harmony. Finally, we conceived the fireworks patterns technically designed by Marcus Katterle, General Director from the German Division. The final show is just the result of a team-work digitally operating at distance on 140 control boxes. It takes precision and synchrony between music and the pyrotechnics. A part from red and white, Monegasque national colours, golden and silver nuances prevailed as symbols of religiosity.

HelloMonaco: Being a true Monegasque, what has inspired you for Santa Devota’s celebrations?

S.L.: Santa Devota is a very emotional event for those born in the Principality for generations. I can clearly remember how I felt excited to attend the Symbolic Boat Burning in my childhood. A joyful moment for taking a burnt stick of wood as a good-luck charm, just like today. The fireworks show was then a must for me and every other kid. That indelibly marked me. This is a day where people can communicate in Monegasque language. We prefer saying Santa Devota instead of Sainte Dévote. I think that all Monegasque consider these celebrations a unique opportunity to meet the Princely Family in the most simple and humble attitude. It is very important to pass on this cultural identity to next generations and explain it to foreigners. Santa Devota, the Patron Saint, definitely serves as the symbol of the Principality! 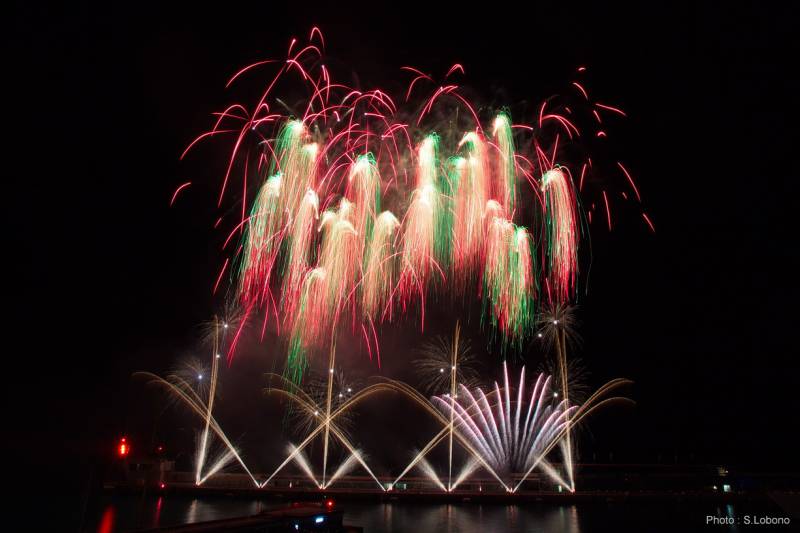