On a private trip to Marseilles, the Sovereign met with Professor Didier Raoult and his team at the Mediterranean Institute of Infection. Prince Albert wanted to visit the Professor out of intellectual curiosity and to discuss the ongoing pandemic.

The Prince’s visit lasted two hours, enough time for a tour of the famous high security P3 Laboratory, where viruses from all over the world are stored.  The Prince and the Professor discussed Prince Albert’s personal experience with COVID-19 as well as an experimental and controversial treatment which has been recently making headlines: a mix of anti-malarial drug hydroxychloroquine and antibiotic azithromycinthe.

The Prince presented his own personal treatment protocol to Professor Raoult, which was to take paracetamol and check temperature and oxygen saturation regularly. The Prince also took natural supplements like vitamin C and eucalyptus capsules to strengthen lung resistance.

«Thank you to HSH Prince Albert II for having done us the honour of visiting us this morning at the IHU Méditerranée Infection», the infectiologist and microbiologist wrote on social media.

The visit took place after the Prince had breakfast with Jean-Claude Gaudin, the former mayor of Marseilles, to wish the Principality’s old friend a happy retirement after 25 years in office.

For this year’s summer holiday, the Princely family decided to keep things local. With a global pandemic still keeping much of the world in lockdown, Prince Albert and Princess Charlene took the opportunity to vacation in their own gorgeous backyard: the Mediterranean.

The Princely couple were photographed with their children Prince Jacques and Princess Gabriella, boating and surfing during their holiday on the Mediterranean Sea.

The Grimaldi Forum celebrated its 20th anniversary with a special ceremony for its teams and board of directors, in the presence of HSH Prince Albert II and Government Minister Patrice Cellario.

A celebratory evening, including a film screening, was held as a special way of thanking the Grimaldi forum’s employees.  Employees of the Grimaldi Forum are known as enthusiastic and passionate workers (54% of the workforce have been employed for over 10 years and 25% have been there since the Forum opened in the year 2000).

The Grimaldi Forum reached record figures in 2019 with a turnover of €24 million, 290,000 visitors and 120 events.  Despite the current pandemic, the Grimaldi Forum remains optimistic and projects their recovery beginning in September, with a calendar full of events (and health and safety measures already in place).

The Grimaldi Forum will be launching its 360° virtual reality spaces by the end of the year and opening its new 600 m2 terrace by the beginning of the school year. On 20 July, the precise date of the 20th anniversary, a cultural retrospective revolving around the Forum’s twenty major summer exhibitions and musical showcases will be taking place.

Prince Albert II celebrates the 15th anniversary of his enthronement

On July 12, 2005, Prince Albert II of Monaco officially began his reign after a 3-month mourning period for his father’s death. On the occasion of the 15th anniversary of enthronement of Prince Albert II, the Palace of Monaco released a new video.

On March 31, 2005, in accordance with the Statutes of the Sovereign Family and after informing Crown Prince Albert, the Secretary of State convoked the Council of the Crown. The Council of the Crown determined that Prince Rainier III was not able to carry out his functions of State due to his health status and declared that Crown Prince Albert would act as Regent from that point on. 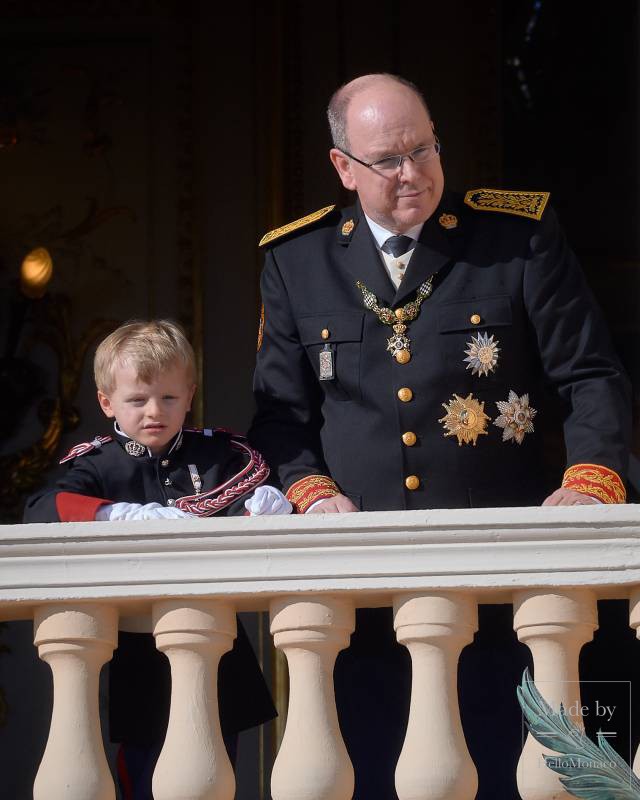 On April 6, 2005, Prince Albert II succeeded his father, Prince Rainier III who passed away that morning at the age of 81. On July 12, 2005, at the end of the period of official mourning, celebrations for the Prince’s enthronement started. (Source: www.newmyroyals.com)