As in every state, Monaco has its own administrative division of its territory. The 2.2 square km surfaceon which the Principality is located, is divided into several categories. Let’s get into the details.

The secteur reserve category includes Monaco-Ville and Ravin Sainte-Dévote. The status of these neighbourhoods implies their «protected status» with respect to any urbanization work.

Let’s start with the most famous area of the Principality — Monte-Carlo.

History: The district is named after Prince Charles III, who in 1856 allowed the creation of a gambling house on the territory of his state. In 1863, the casino would open its doors and bring so much cash into the Principality that the Prince would free Monegasques from taxes.

What to see: Monte-Carlo is the heart of the Principality. What comes to mind when you think about Monaco? Luxury sports cars, beautiful people, expensive boutiques, casinos… All this can be found here in Monte-Carlo.

The legendary Monte-Carlo Casino is located in this area. The building houses a gambling house and a stunning opera hall, designed by the famous Charles Garnier. At Casino Square you will see the Hôtel de Paris. Many celebrities stayed in its luxurious suites. Perhaps, Winston Churchill was one of the most frequent guests, as one of the hotel’s suites was named after him. Within Monte-Carlo, itself, there are two big shopping centres: the newly built Monte-Carlo One and the historical Métropole shopping centre.

Interesting fact: Monte-Carlo property is the most expensive in the Principality. In the so-called Carré d’Or (Golden Square) prices per square metre can reach 80 000 euros.

History: In 1297, the Genoese Francesco Grimaldi seized the fortress on the rock, disguised as a monk. This story is reflected in the Monegasque coat of arms, which depicts two monks with swords hidden in their robes. Since then, the fortress has been one of the emblematic places of Monaco-Ville.

What to see: Monaco-Ville, or the Old Town, is a real open-air museum, the main attraction of which is the Prince’s Palace. The residence of the Princes of Monaco has been standing on the cliff for several centuries; the oldest part of this fortress dates back to the 13th century.

The rock (Le Rocher) divides the Principality into two parts. From the Palace Square you can enjoy panoramic views onto the Port of Hercules, where the Monaco Yacht Show takes place every September. On the other side, you will see the newest area, Fontvieille. Whenever you have the opportunity to be in the Old Town, walk to the Cathedral of Monaco and the City Hall of Monaco; you will surely like the architecture and the narrow streets of Monaco-Ville.

Interesting fact: The Cathedral of Monaco, located in the Old Town, is the burial vault not only of the Monaco princes, but also of the lords. Jean II was the first ruler to be buried here. He ruled the state from 1494 until his death in 1505.

Fontvieille is the most recent district located in the west of the Principality. This territory could be called the «business» quarter of Monaco, as many companies have their headquarters here. Often tourists forget about this area, though it’s worth a visit!

History: From the Provençal dialect the name translates as «old fountain». The area appeared under the reign of Prince Rainier III. Almost all of its territory literally grew out of the sea. Construction work took several years — from 1966 to 1973.

Fontvieille is a self-sufficient area with a separate port and many residential buildings. Today, Prince Albert II has followed his father, initiating the construction of another quarter on the sea. The giant construction work should be completed by 2025.

What to see: Despite the fact that Fontvieille can be called the industrial part of Monaco rather than the historical one, there are things to see for art lovers. First, there are many sculptures in the Fontvieille park, including a statue of Princess Grace in a picturesque rose garden, which definitely deserves attention. The annual Monte-Carlo Circus Festival is also held in Fontvieille. It is one of the main international competitions among circus artists. In addition, the stadium Louis II, where the home matches of AS Monaco FC take place, is also located in the district.

Interesting fact: Fontvieille district was designed by Italian architect Manfredi Nicoletti, world-known for his projects, like the Helicoidal skyscraper in New York (planned, but not materialized), Reggio Calabria and Trapani airports, the Sports Palace in Palermo, and the Italian Parliament Conference Centre in Rome.

La Condamine is bordered by Le Rocher and Monte-Carlo and is a commercial area of Monaco.

History: The name of the area comes from the Latin word condominium, which in the Middle Ages meant a territory located not far from the palace and assigned to the lord.

What to see: Many streets of this district attract lovers of shopping, while on Place d’Armes you will find a famous market. The first market stalls appeared here in 1880. In addition, Formula 1 fans know this district for the starting line of the race track.

Interesting fact: It was here in 1862 that the very first casino of Monaco was opened. However, it did not generate income and wasn’t successful. Then, began the construction of the legendary gambling house in Monte-Carlo.

History: The Exotic Garden (Jardin Exotique) is located in the northwestern part of the Principality. Walking through its territory, you will notice its peculiarity: here you can see both old buildings and modern architecture. The area is located on the site of the old quarters of Les Révoires and La Colle. Previously, there was a mountain road leading to the Principality. Nowadays, there is the Moyenne Corniche.

What to see: The main attraction of the district is certainly the Exotic Garden and the Observatory grotto, where stalactites and stalagmites are preserved. The caves descend almost to sea level. On the territory of this quarter you will also see Villa Paloma, one of the buildings of the New National Museum of Monaco, where various exhibitions of local and foreign artists often take place.

Interesting fact: Via Alpina passes through the area. It is the hiking route connecting Palace Square and La Turbie.

History: Since 2013, this territory is classified as secteur réservé. The quarter of 2.35 hectares is the smallest in Monaco.

What to see: The name of the district makes it clear that this is the place where the church of Saint Devote, the patron of Monaco, is located. This modest church was built before 1070. Until the end of the XIX century, the building had been restored many times. The modern building was inaugurated under Charles III in 1871. The Monaco railway station inside the cliff, is also located in the quarter. 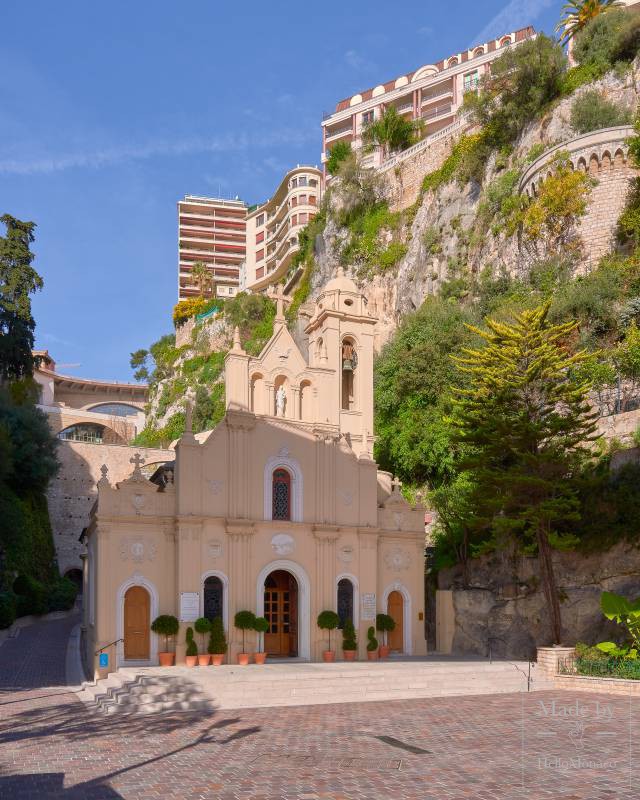 Interesting fact: In January, Monaco celebrates Saint Devote’s Day. The Princely family also takes part in the celebrations. In particular, the Prince and his wife can be seen at the main ceremony — the burning of the symbolic boat, on which, according to legend, Devote was washed up on the shore of the present Principality.

Larvotto is a district located in the eastern part of the Principality and is bordered by French Roquebrune-Cap-Martin. In summer, tourists and Monegasques sunbathe on Larvotto beach, while many cultural and business events are held at the Grimaldi Forum.

History: Residential complexes are mainly located in Larvotto. A couple of centuries ago there was a swamp. Today the area is the «face» of Monaco, thanks to residential complexes located along the coast. The local population preferred to live a little further from the sea, next to Moulin Square. In 1956, Larvotto Boulevard was created.

The name of the district comes from the word «Revoto», which was indicated on the map of the Principality in 1602. As a result of some changes, the name, which originally had the meaning of «hollow», turned into the current Larvotto.

What to see: The Japanese Garden is a picturesque park, skillfully created in accordance with all the traditions of the Land of the Rising Sun. Here you can also see several sculptures, including the statue of Princess Grace. Of course, Princess Grace Avenue can be considered a kind of attraction, as this street is the Mecca of the night life of the Principality.

Interesting fact: According to archives, in 1699, only two people lived in this district.

La Rousse is a quarter located in the northeast of Monaco. Basically, the area is occupied by residential buildings of the 50s, as well as premium-class residences, including the new Tour Odéon skyscraper.

What to see: On the border of La Rousse and Larvotto the Chapelle des Carmes is located. It is designed by Fabrice Notari and was inaugurated in 2002 and dedicated to Saint Thérèse of the Child Jesus and the Holy Face.

Interesting fact: On the territory of the quarter you will find the most expensive penthouse in Monaco, located in the Tour Odéon skyscraper. The five-story apartment was put up for sale in 2016 for a record 335 million dollars.

Moneghetti is another quarter full of residential buildings with a stunning view over the Principality, and Port Hercules in particular.

What to see: Despite the fact that residential complexes dominate in the area, tourists can find some interesting places here. For example, Princess Antoinette park in Moneghetti is an ideal place for family walks with a lot of entertainment for children and their parents. 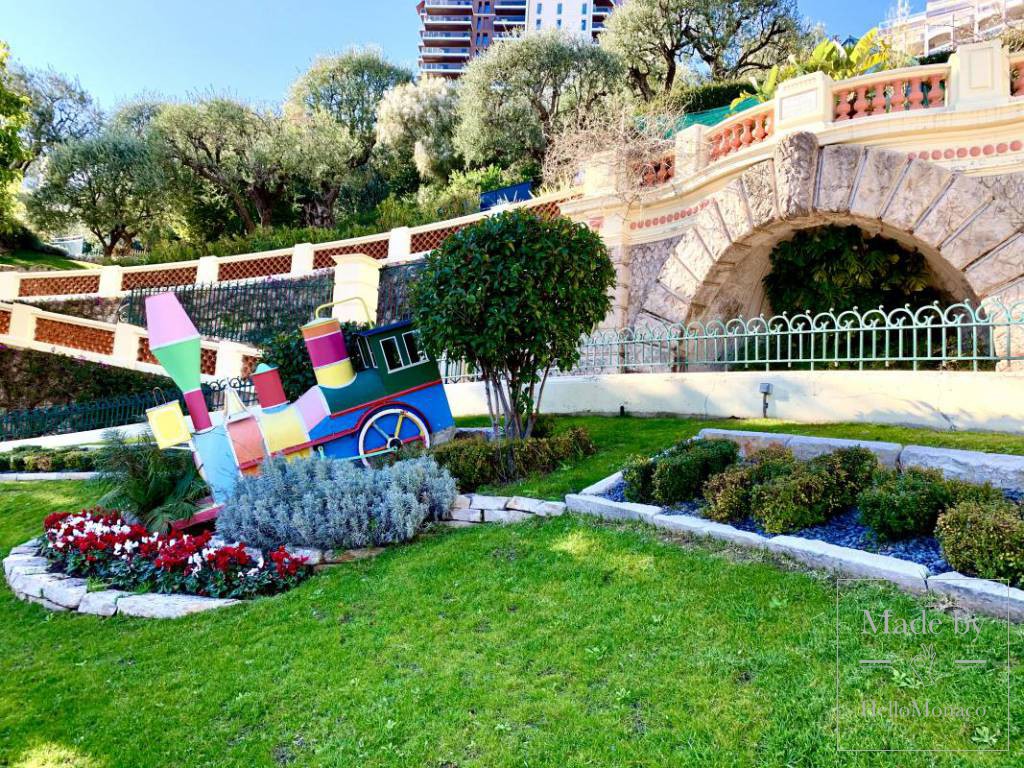 Moreover, the Museum of Prehistoric Anthropology, created in 1902 by Prince Albert I, was located in the quarter in order to preserve the historically important objects of this period found on the territory of Monaco and in neighbouring communes. The museum also includes a research institute. By the decree of Prince Rainier III the museum was moved closer to the Exotic Garden.

Interesting fact: The Moneghetti quarter has a French twin, located in the French town of Beausoleil, which borders Monaco.

Prince Albert II continues his father’s policy of expanding the territory of the state, and by 2025 another area will appear in Monaco — Portier. It will be located on territory reclaimed from the sea, next to the Grimaldi Forum and Larvotto.

What to see: the entire quarter can be considered a landmark of the Principality, because this is probably the most ambitious and innovative project not only in Monaco, but also in Europe. Its cost reaches 2.4 billion dollars, and the area will be about 6 hectares. The price of one square meter in the new apartments will vary from 50,000 to 100,000 euros. 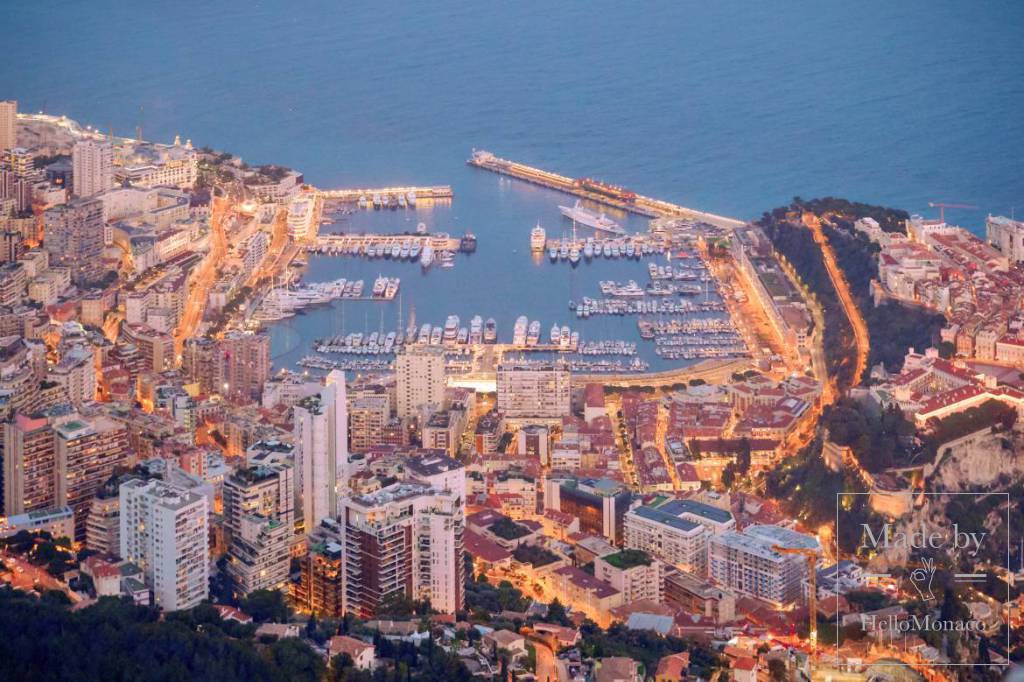 Interesting fact: The Government of Monaco is positioning this new project as an example of «green» construction, where much attention is paid to environmental protection. According to local authorities, about 40 % of the electricity will come from photovoltaic installations.