On Thursday, September 16, 2021, the “Princess of Monaco Cup” golf tournament was organized in favor of the Princess Charlene of Monaco Foundation and Fight Aids Monaco.

From 7:30 am, the participants arrived at the Monte-Carlo Golf Club. After a final briefing, the tournament started at 8:40 am with a first shot by H.S.H. Prince Albert II (Serenity team).

The teams, composed of 3 players – with an initial duo completed by 1 celebrity – competed following the rules of the “Scramble” format. Special prizes were at stake on different holes: the “Nearest to the pin”, the “Longest drive” and the “Hole in one”.

With favorable weather conditions, the tournament ended around 1 pm. After the points were counted according to the players’ handicap, the podium came out as follows:

The special prizes were won by Mrs. Gilda Vivarelli (BAC Monaco team) – “Longest drive” (woman) with a shot of 187 meters, and by Mr. Antoine Santarelli (Metabolic

At 7 pm, H.S.H. Prince Albert II struck first on the tee placed at the Jardin des Boulingrins, 64 meters from the flag located in the center of the Place du Casino. Then, each participant in the tournament tried to win the “Hole in one” prize – a Jaguar car offered by BAC Monaco.

The balls, made of cotton to avoid any accidents, did not make the task easy and no player won the first prize.

During the reception organized at the Salle Empire (Hôtel de Paris), the draw of the tombola allowed the guests to go home with 15 prizes provided by a prestigious list of partners, institutions and brands recognized in the Principality.

With the funds raised as part of this charity golf tournament, the Princess of Monaco Cup 2021 will finance projects supported by the Princess Charlene of Monaco Foundation including “Aqwa Itineris” (a portable pool in a trailer meant to make swimming lessons more accessible) and by Fight Aids Monaco with the “Maison de Vie” (place of respite for people weakened by HIV in Carpentras, France) and also to support the “Etafeni Day Care Center Trust” in South Africa, a multipurpose center welcoming children affected by AIDS. 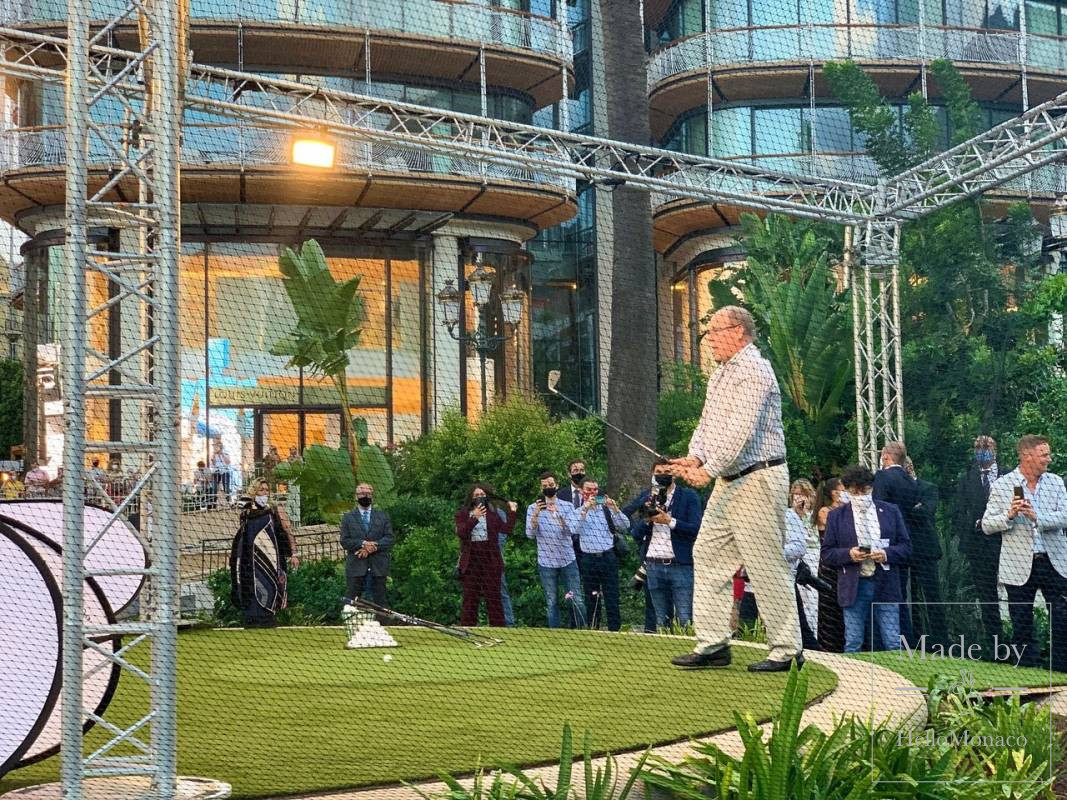