Nine superyacht chefs met for the Superyacht Chef Competition this last Friday. The popular event attended by HelloMonaco is organized by the Yacht Club de Monaco as part of its “La Belle Classe Academy” training centre in collaboration with “bluewater”.

This novel culinary competition calls on the gastronomic talents of the competitors who compete in order to distinguish themselves in front of a jury of professionals.

Their noses in the plates from the start, the Chefs have to stretch their imaginations to optimize the contents of their mystery baskets, revealed just before they take their place in the kitchen.

It was the Monegasque company Maison Del Gusto,gourmet suppliers to luxury yachts who provided the competition with all pantry essentials and in particular the special content of these Mystery Boxes.

“It was certain that this competition was going to give rise to surprising combinations of flavours”, noted Chef Joël Garault, President of Monaco “Goût et Saveurs” and supervisor of the competition. Purple artichoke, lime, kumquat, carrot tops and zucchini flowers made up some of the ingredients available.

The members of the Jury, were led by Nicolas Sale, chef of the two Michelin starred gastronomic restaurants of the Hôtel Ritz Paris: La Table de l’Espadon and Le Jardin de l’Espadon, who in the past has also held the distinction “Chef of the Year”. He is International President of the Disciples of Auguste Escoffier. Nicolas scrupulously noted every detail, ranging from the presentation of the plates, to the explosion of flavours provided by contact with the palate. Each bite, each stroke of the fork influenced the rating. 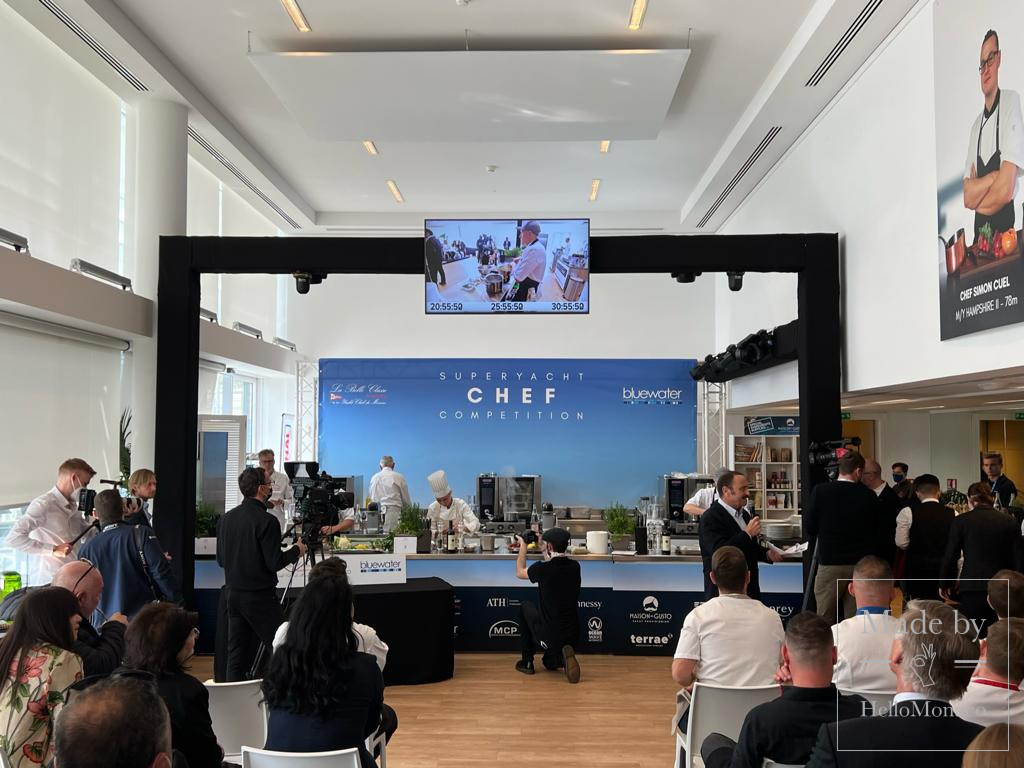 “40 minutes to make a dish is obviously short” insists the president of the Jury “but the participants showed great positive energy”.

There is mutual admiration among Chefs who cook on land and those who take to the open sea “practicing at sea is something special … with space constraints”. Nicolas highlights.

The competing chefs creatively enhanced the ingredients, making them lively, colourful, original and, of course, deliciously seductive. Their quick-wittedness demonstrated an amazing level of mastery.

The starting line-up was composed of:

They successively put on an excellent show during three rounds of forty minutes. After this first barrage, there were only three left in the running: Micail Swindells, Nicolas Petit and Ivan Holmes competed in extra time during the grand final, egged on by the public.

All of them were able to show imagination, nevertheless one stood out from the others. It was Nicolas Petit from Latitude (43 m) who finally won the jury’s votes with a duck breast and mousseline of peas and black garlic, accompanied by small carrots and duck juice followed by a tuile and roasted pineapple with rosemary.

The winner emoted: “It is such a surprise and such recognition, I am very moved. The most difficult part was managing the wait when you see all the other competitors cooking and you want to get started”. 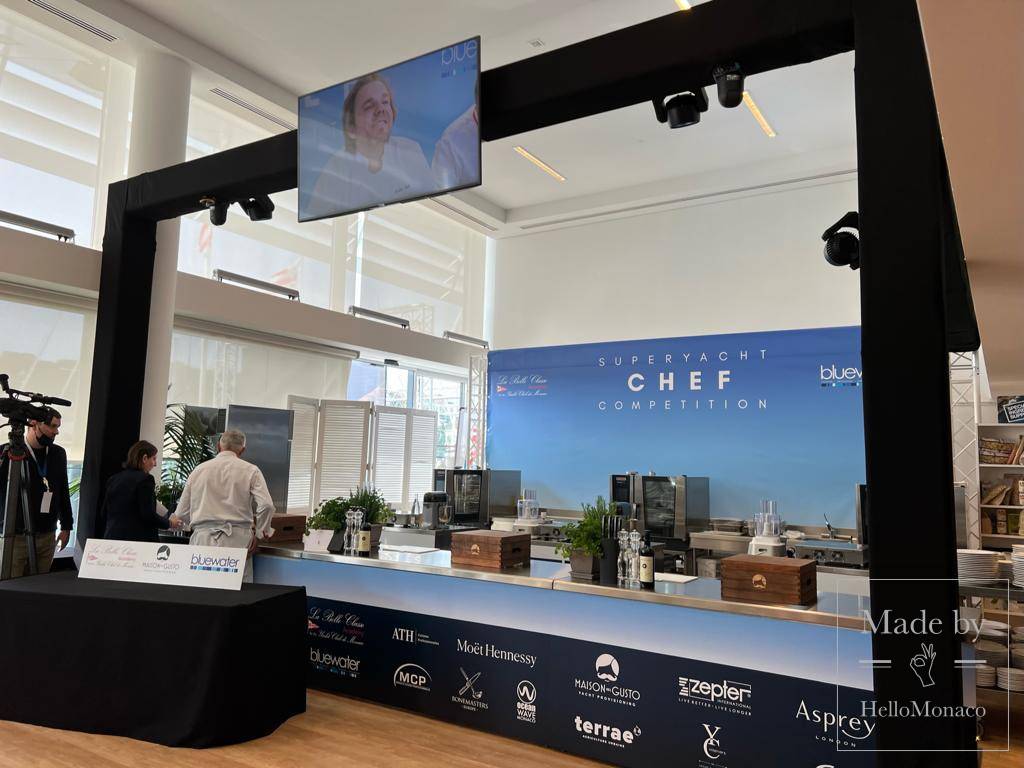 Anti-waste criterion: the icing on the cake

It should be noted this year, and for the first time since the creation of the competition, an anti-waste criterion was established led by Chef Gilles Brunner, Professor of Cuisine at the Lycée Technique et Hôtelier de Monaco. The concept is simple: each unused product was counted in the scoring. It is a criterion that has now become inseparable from modern cuisine and is also taught in schools in the same way as classic gastronomic techniques. “Anti-waste is an approach that is essential in our profession and which should be instilled in the new generation” specifies Gilles Brunner. This approach is respectful of the environment which is part of the vision of Monaco, Capital of Advanced Yachting.