Mingling with celebs, riding with the pros and celebrating with royalty. London to Monaco offers it all. An epic 8-day cycling challenge to save our precious oceans. Crossing the Bay of Biscay, soaking up the Spanish Basque country, conquering the Pyrenees, enjoying the olive groves of Provence and experiencing 900 kilometres including challenging sections of Europe’s Grand Tours. And then celebrating with a champagne finish at the Prince’s Palace in Monaco. 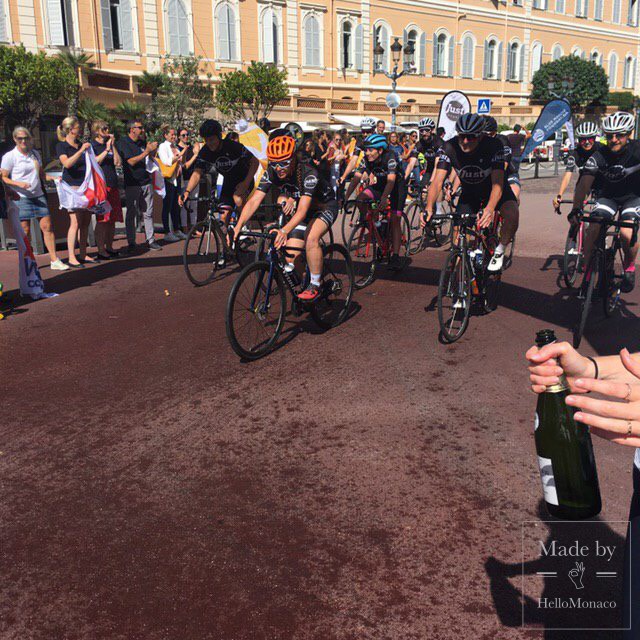 In the three prior years, over 250 riders from 15 different countries and sponsors have helped raise over £1 million for ocean conservation projects around the world. This fourth year, with Prince Albert of Monaco’s Foundation’s support, fund raising records are being broken and the £500.000 target in a single year is crying to be broken. 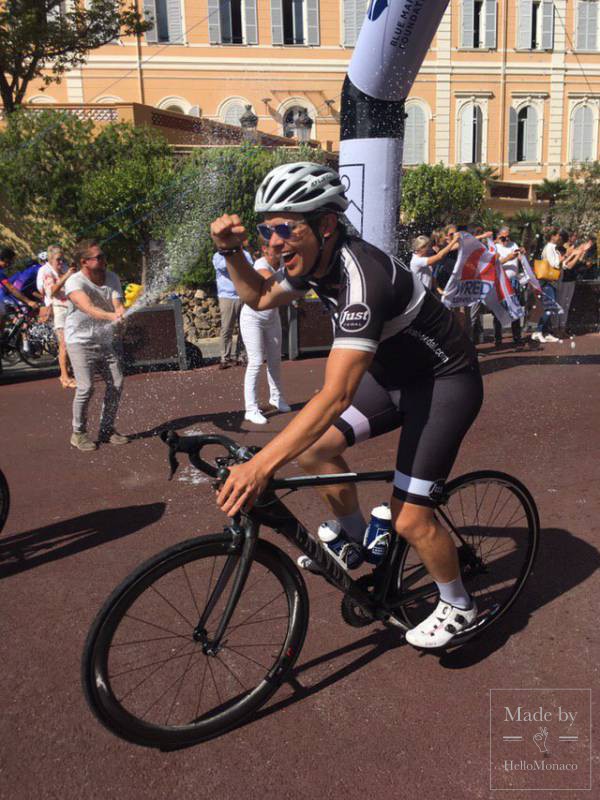 And the enthusiasm for the Blue Marine London to Monaco Cycling Marathon is palpable. Each year the participants become ever more committed, ever more passionate. 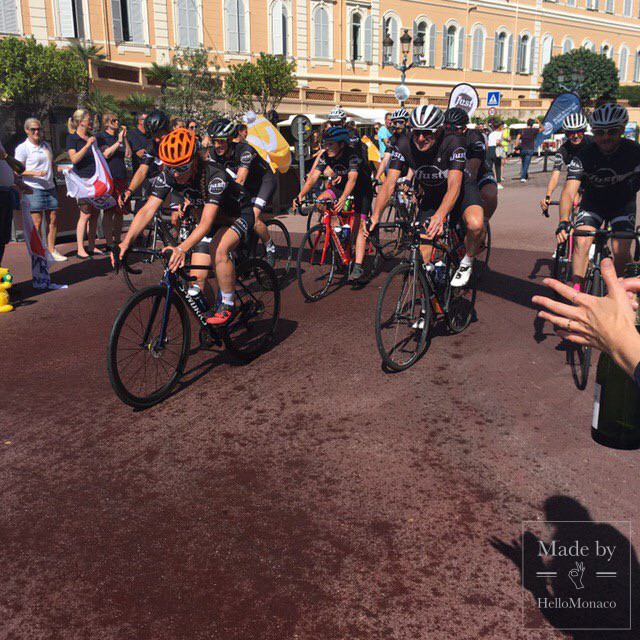 It’s not all champagne and roses. But it can end that way. And by their example the Blue Marine Foundation have demonstrated the art of the possible in surviving a gruelling week-long team ordeal. Like our Oceans this group of cyclists with big hearts endured tortures. In their case, tortuous upon tortuous hour cycling up mountain passes and across country. 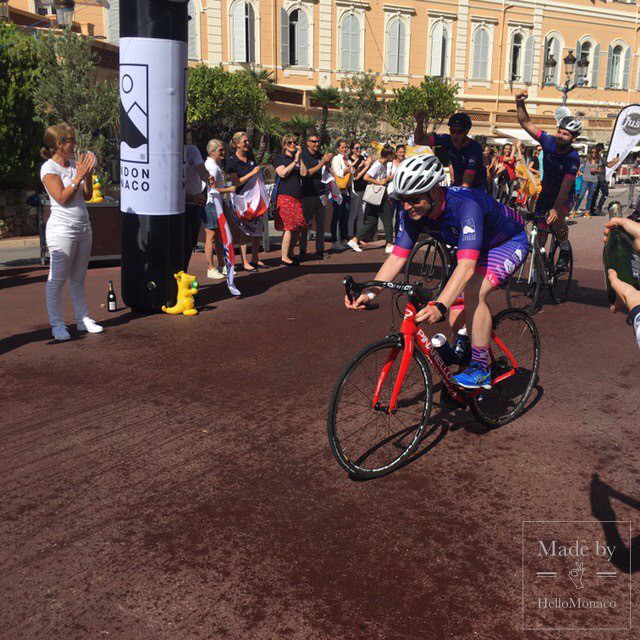 By their efforts they are raising a huge amount of money, way over half a million pounds, to support ecological projects in and around the seas.So all’s well that ends well and we hope the same goes for the Oceans after the incredible wave of awareness campaigns launched by the Principality. Every sponsor, every person giving their time are making the difference in the fight for healthier Oceans. 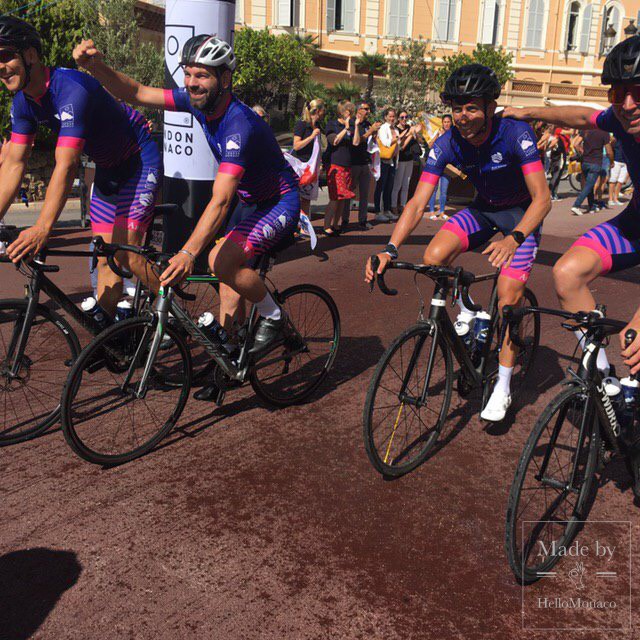 Deserving projects that have benefited from the Blue Marine Foundation are: 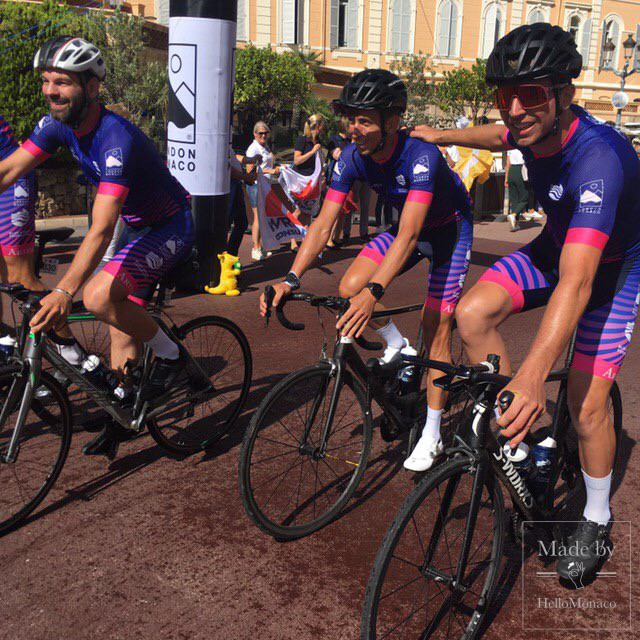 Money raised has also helped to combat plastic pollution in the Mediterranean with the Prince Albert II of Monaco Foundation.

All funds raised from this year’s ride will go towards supporting BLUE’s projects in Ascension Island, Maldives, Patagonia, Cyprus, Namibia and Azerbaijan. 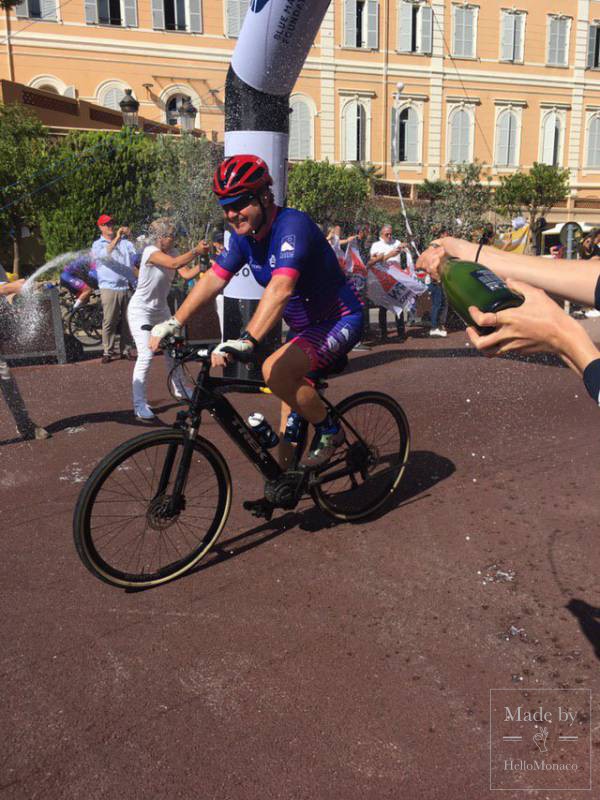 HSH Prince Albert II of Monaco set the tone for the event: “Oceans are more than ever at the heart of our common future. The London to Monaco Cycle Ride is a wonderful opportunity to raise awareness on the necessity to protect our fragile oceans.”

And for the riders Bill Swizzle said it all for each cyclist:

“Participating in this majestically beautiful ride that started in Windsor only a few days ago has shown me that I’m capable of overcoming physical, mental and emotional hurdles I never knew I could. I’ve also come to realise that this ride is the perfect metaphor for what Blue is doing because it shows just what we are all capable of overcoming when we pull together and commit to a cause that’s bigger than ourselves (ocean conservation)–for the good of ourselves and our kids too …Anything is possible when we pull together!”

Yes, and champagne did flow in the end. Nothing like adding some bubbly to their celebrations after all that sweat and toil. And the icing on the cake, the opportunity to celebrate with Prince Albert on a superyacht as the Monaco Yacht Show gets underway!