Despite falling 2-0 behind after 25 minutes and having to play with ten men for the entire second half, Leonardo Jardim’s men somehow fought back to claim an incredible 3-2 win! 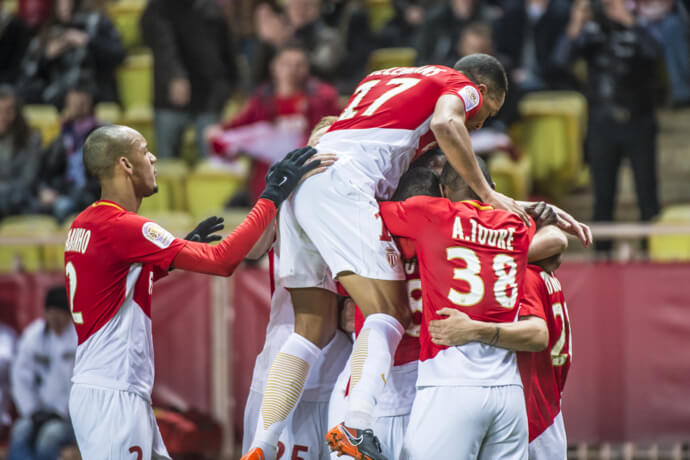 Leonardo Jardim went with his favoured starting line-up of late for the visit of OL. The only absentee at kick-off was Sidibé, who pulled out with an injury at the last minute. While the first big chance of the evening went Monaco’s way as Moutinho saw his shot blocked, it was Lyon who opened the scoring with a sudden shot from distance that caught Subasic out (10’). The Croatian ‘keeper suffered an injury as he attempted to make the save, and was replaced by Seydou Sy, making his second appearance in Ligue 1. The visitors dominated possession in the early stages, and Bruno Génésio’s side made their supremacy pay as Traoré met Mendy’s cross at the near post to poke home (0-2). 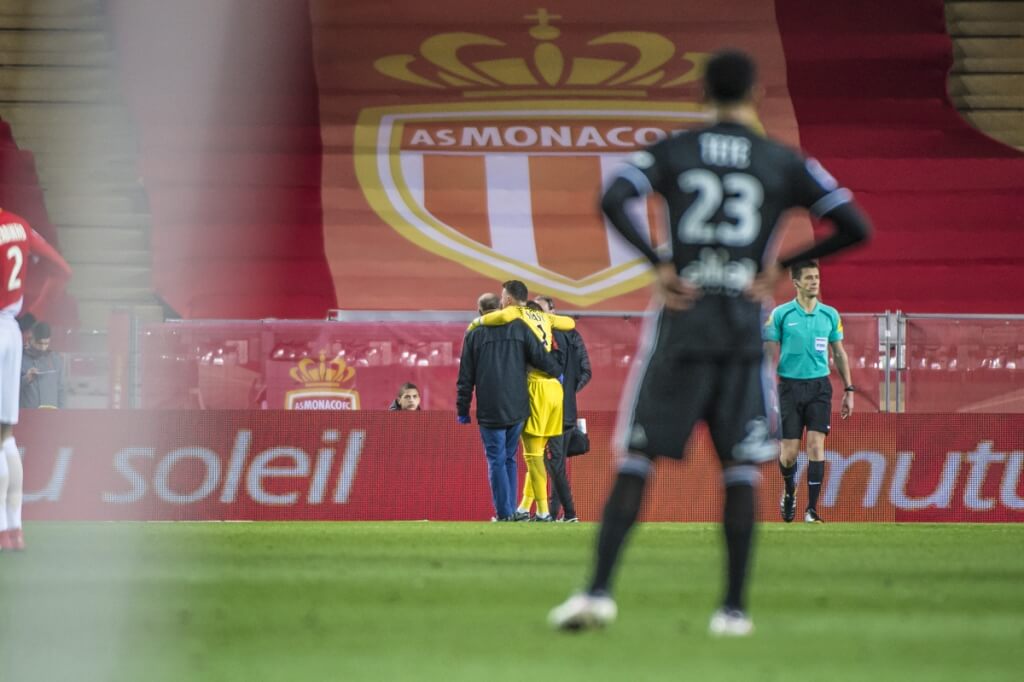 Finding themselves up against it, the Monegasques dug deep to battle their way back into the game. On the half-hour mark, Keita Baldé produced a wonderful individual run and finish, beating Lopes with a low shot that went in off the far post. Five minutes later, Glik was hauled down in the Lyon box and the referee awarded Monaco a penalty. Falcao’s initial effort was saved, but he slammed home the rebound to level matters. Just before the break, however, Baldé was given his marching orders for a second bookable offence, ensuring the Monegasques would have to play the full second half with ten men. 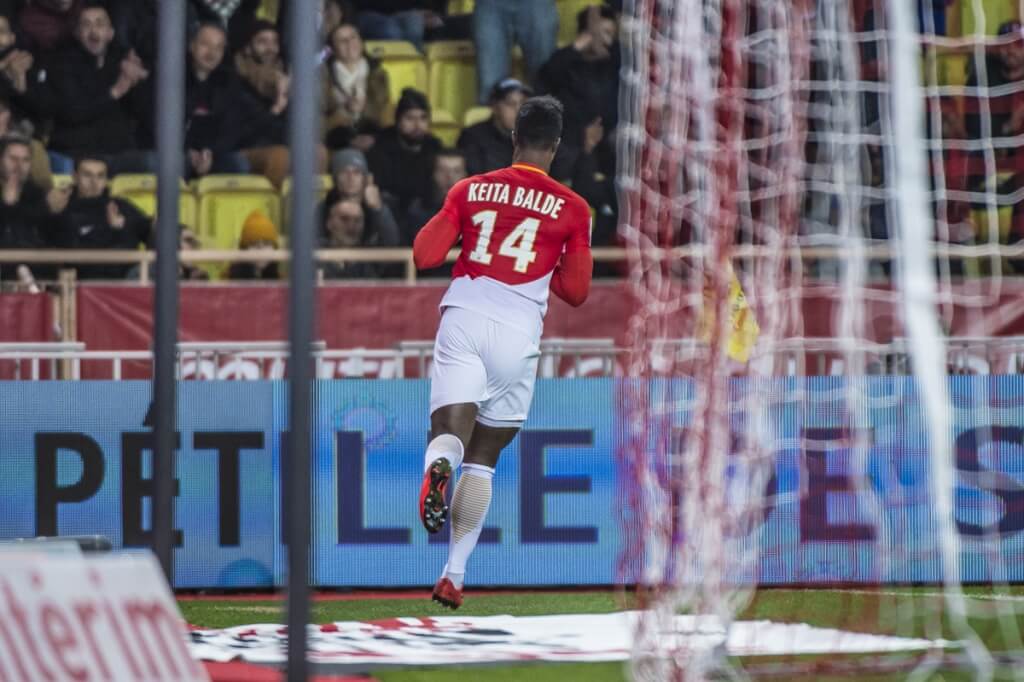 Now at a numerical disadvantage, Monaco were content for OL to have the ball but also looked to press their opponents. Falcao went close to a third, but saw his shot charged down. The Columbian was injured in the move, and came off to be replaced by Jovetic (55’). Showing guts and determination, the Monegasques stood firm against waves of Lyon attacks, and Tielemans and Lopes even managed to mount a threat on the visitors’ goal after winning the ball high up the pitch. Then, with two minutes of normal time remaining, the Portuguese winger sent the Stade Louis-II into raptures with a powerful shot to complete the comeback and put AS Monaco in front (3-2). 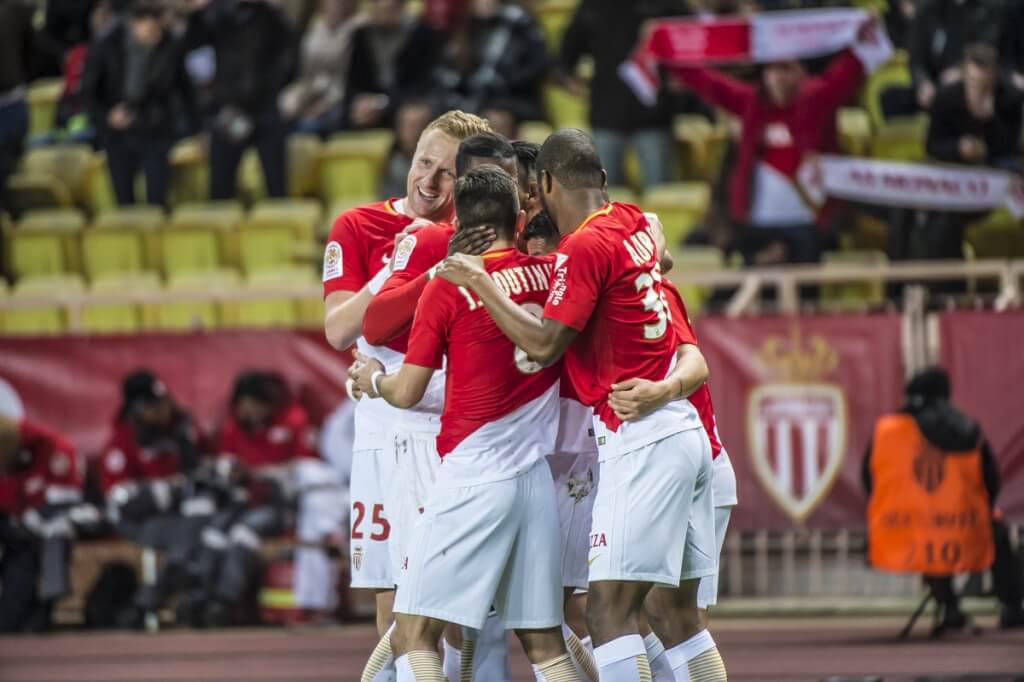 The win is a magnificent result for Leonardo Jardin’s men, who leapfrog Lyon into third place. The Red & Whites now travel to Angers on Saturday for the 25th match of this Ligue 1 campaign.