AS Monaco were held to a draw at Rennes after an open and well-fought contest, as Rony Lopes cancelled out Gnagon’s opener. 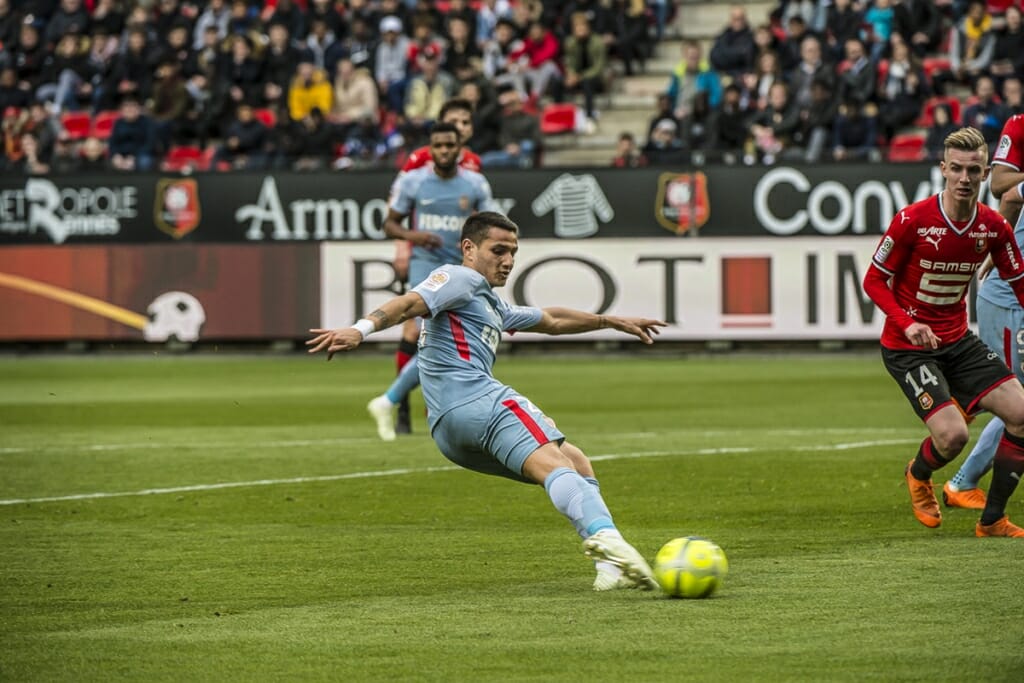 Four days after the defeat in the Coupe de la Ligue final, it was back to league matters for the Red & Whites. Leonardo rotated his squad for the trip to Rennes, with Ndoram and Jovetic both given the nod from the start. After an opening quarter of an hour that was easy on the eye without producing any real chances, apart from a scuffed volley from Fabinho (16’), the Roazhon Park home fans were sent into raptures as Gnagon broke the deadlock (20’). The Rennes defender pounced on Prcic’s cross to squeeze the ball past Subasic at the fast post. 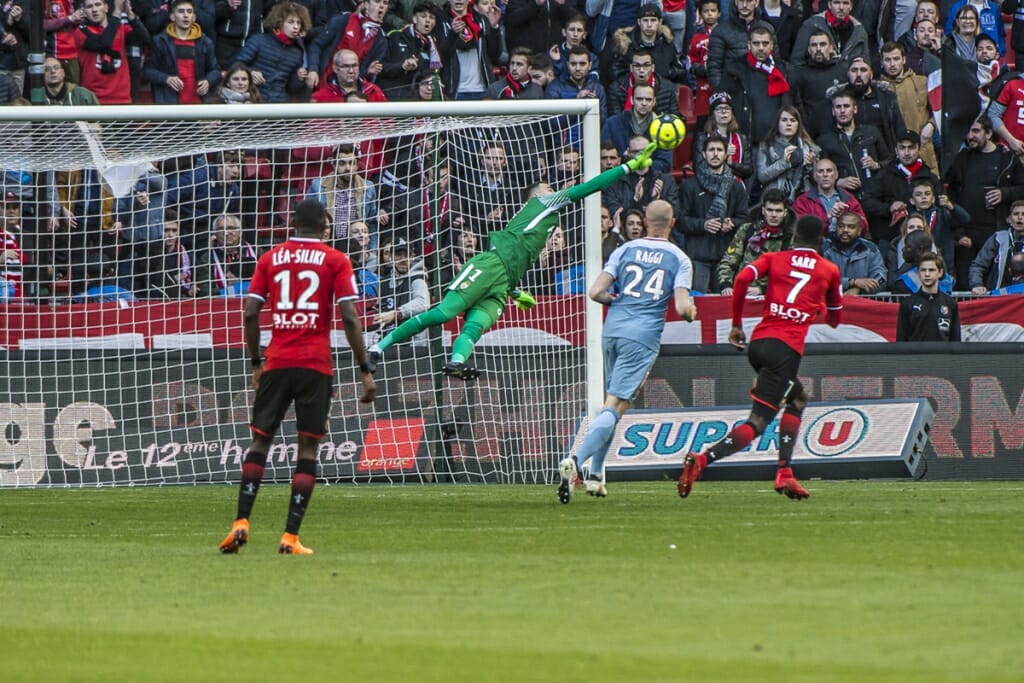 Five minutes later, Danijel Subasic pulled off a splendid save to keep out a curling effort from Prcic that looked to be heading for the top left corner. It proved a crucial stop, as Monaco drew level five minutes later. It all started with Fabinho winning back possession in the centre circle, and embarking on a driving run towards the box. His ball along the edge of the Rennes penalty area found Falcao, who played in Lopes in the right channel, and the Portuguese starlet’s shot beat Koubec to make it 1-1 at half-time. 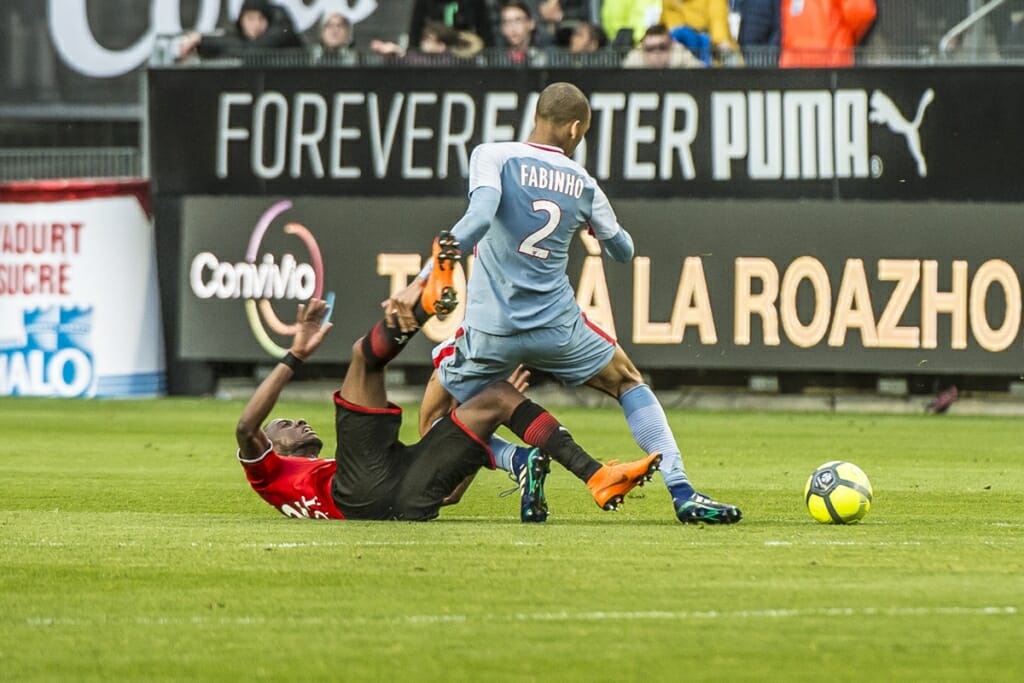 Jovetic had collected a knock and was quickly replaced by Diakhaby at the start of the second half. The tempo dipped somewhat, but both sides continued to pose a goal threat, and Glik came close to finding the target with a toepoke from Lopes’ cross (50’), while Lemar went on a solo run that culminated with a shot over the bar (72′). The game ended with the two sides sharing the spoils. AS Monaco remain in second place, but go five points clear of OM and seven ahead of OL. Their next match is at home to Nantes on Saturday (17.00).