AS Monaco edged out Lille with goals from Lopes and Baldé to secure their third win in as many games.

After over five weeks on the sidelines, Radamel Falcao returned to lead the attack against LOSC. Lining up in their usual 4-2-3-1 formation, the Monegasques started brightly and saw plenty of the ball, but Lille gradually began to come into the game and looked the more likely to score. In the 18th minute, Mothiba seized on a fine cross from Mendes on the left to drill past Subasic from close range. Finding themselves behind, Monaco attempted to impose themselves on the game, but were thwarted by a battling LOSC. However, the visitors simply could not stop the man of the moment, Rony Lopes. Just before the break, the Portuguese winger was played in down the right by Baldé, and beat Maignan at the second time of asking to level matters. 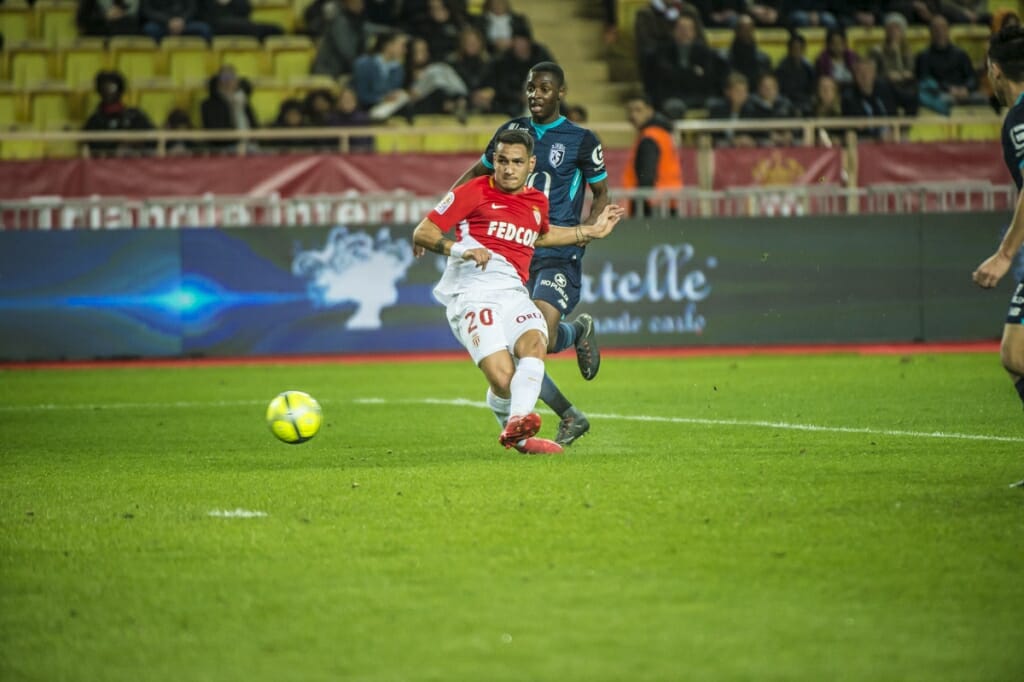 The goal seemed to set the Monagesques free, and they came out for the second half at full throttle. Within moments of coming on as a substitute for Baldé, Jovetic stamped his mark on proceedings, first setting up Lemar to shoot just over the bar (48’), and then chipping Maignan delightfully to put the Red & Whites in front (60’).  The Montenegro international has found the net in each of his last five appearances in Ligue 1 (six goals), currently the best run by any player in the big five European leagues. AS Monaco were able to see out the remainder of the game with a minimum of fuss and secure the win, which puts Leonardo Jardim’s men seven points ahead of third-placed Marseille and twelve ahead of Lyon in fourth, awaiting the weekend’s other results.

Next up for AS Monaco is the final of the Coupe de la Ligue against PSG, at the Matmut Atlantique stadium in Bordeaux.