This year’s torch was lit in Greece on the 24th of October 2017 and has travelled 2,018 km over 101 days, passed on by 7,500 runners all the way to South Korea. HSH Prince Albert has been a member of the International Olympic Committee since 1985 and President of the Sustainability and Legacy Commission since 2015. 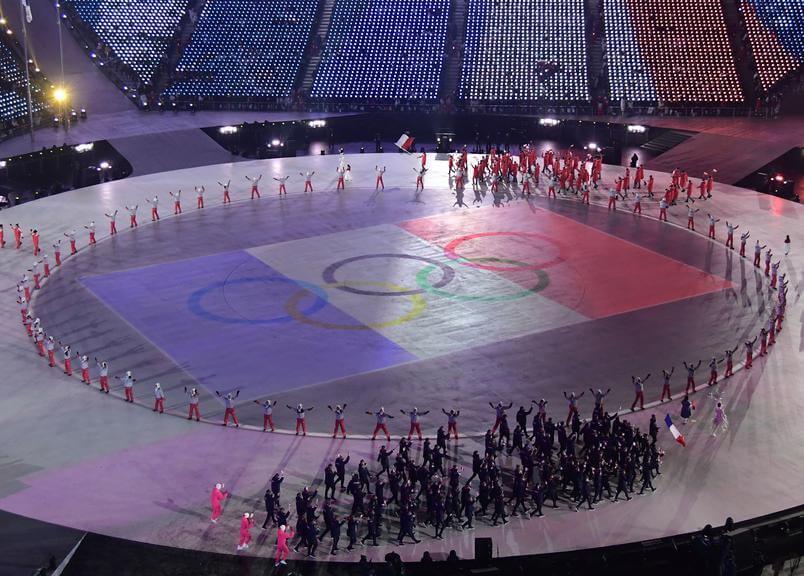 Monaco’s athletes then participated in the Olympic Games opening ceremony in front of nearly 35,000 spectators and in the presence of Prince Albert II. Rudy Rinaldi said he was surprised and felt a great sense of pride when Prince Albert announced that he was to be the Monegasque flag bearer for the opening ceremony. 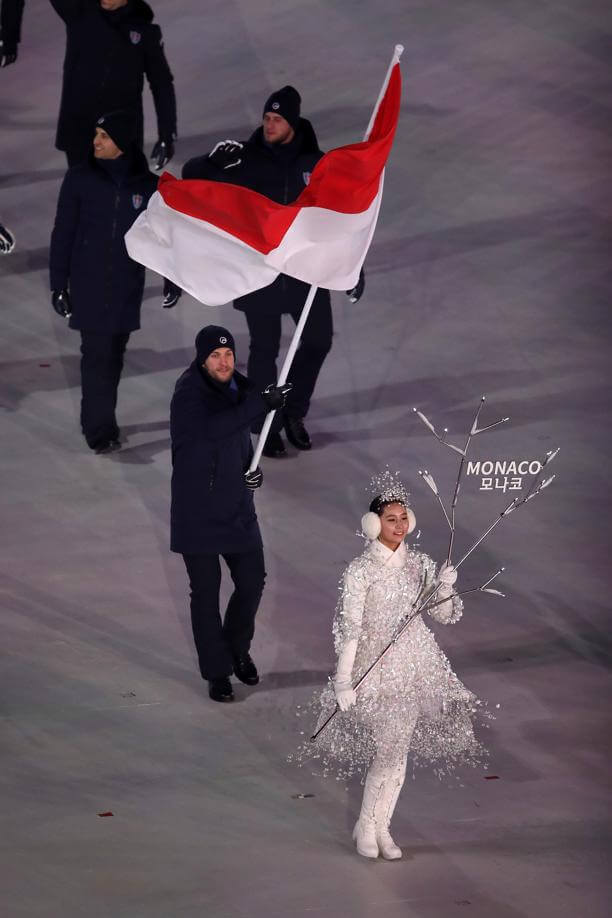 Polar temperatures and a chilly wind only served to increase the spirited waving of hands and cheering of the crowd. Tradition dictates that Greece march into the stadium first, all choreographed to an incredibly tight schedule at which our Asian friends perform to perfection. Then Monaco filed in perfectly on time, 20th in order of delegations presented. This is all according to an alphabetical order dictated by the Korean alphabet. Olympians who will defend the colours of the Principality during the XXIII Olympic Winter Games are: Alexandra Coletti and Olivier Jenot who competed for Monaco at the 2014 Winter Olympics in four alpine skiing events; and Rudy Rinaldi (pilot) and Boris Vain (brakeman) in bobsleigh.

During the presentation of the Monegasque athletes, Prince Albert declared that for South Korea and its region, subject to international tensions, the Olympic Games will be a moment of enthusiasm, sharing, friendship and solidarity. South and North Korea, who marched together, sent a powerful message of peace.

No-one will be able to forget their experience in these opening moments in Pyeongchang; the ceremony and the joy of participation is something that the Monaco athletes will carry in their minds and hearts for the rest of their lives.

Monaco’s athletes get to experience two “flag ceremonies”, one in the Olympic Stadium and one more in the Olympic village. In the Olympic Village it is an important tradition for the athletes to start their stay there with a flag ceremony and introduce themselves to the host country – also to dignify the occasion was present Prince Albert in his role as Head of the Monaco Olympic Committee and Philippe Pasquier, President of the Monaco Ski Federation and Mathias Raymond, Administrator for the Monaco Olympic Committee. Imagine the Olympic hymn, the red and white flag of Monaco being hoisted and unfurled, the playing of the Monaco national anthem – all this and a visit by the Mayor of Pyeongchang, Ryu Seung Min, himself an Olympic table-tennis champion from the 2004 Olympic Games. Sebastian Gattuso Chief of Mission presented the Mayor with a present on behalf of the Monaco delegation.

Drums, breakdancing, Korean traditional music and a little playful dancing by the Monegasque athletes added to the pleasure of the South Koreans watching on.

To their delight, Prince Albert mingled with the Monegasque athletes and made a visit to their accommodation in the Olympic Village.

And taking Prince Albert’s words of peace and friendship to heart, Alexandra Coletti and Rudy Rinaldi and all the Monaco athletes were able to start enjoying meeting their fellow athletes from Andorra, Thailand, India and Bosnia Herzegovina who were lodged close-by.