In the history of Monaco, there is perhaps only one person who is inextricably linked with the film industry, and this is Princess Grace. During her short career in the cinema, Grace Kelly not only managed to conquer Hollywood and receive an «Oscar», she also met powerful players in the industry who visited her in the Principality when Grace became a princess.

In addition to the inspiring landscapes and glamour that fills the air of Monaco, there is still something that attracts film directors to Monaco. If you were thinking about the Monaco Grand Prix, you would be right!

Monaco’s track, where the F1 race is held in May, is erected complete only once a year. And this is exactly the time that film studios choose to shoot some scenes for their movies. Their interest in the race track has only increased; even the video streaming giant Netflix couldn’t miss the opportunity to shoot there.

So, what scenes were really filmed in Monaco? Let’s forget illusions created using a green screen.

Netflix, whose annual budget is about 8 billion dollars, is preparing another masterpiece, which can be seen on their platform this year. And the name of the picture might remind you of Agatha Christie’s books. That famous writer would definitely appreciate the twists and turns of the plot of this movie, centred on an American policeman and his wife (Adam Sandler and Jennifer Aniston).

The couple travel on the ship where the murder occurs, and all the passengers are suspected. Among them is a Formula 1 pilot who needs to get off the ship in Monaco. As you can guess, the background for the movie is the 76th Monaco Grand Prix.

This time, the Principality becomes the epicenter of the superheroes’ fights with villains. Hollywood stars kept for safety and security at arm’s length, cameras on the roof of the Fairmont Hotel and the Battle of the Century on Avenue Ostende… It’s easy to imagine the backstage during the filming of the Historic Monaco Grand Prix.

Despite the fact that most of the scenes were shot in the Principality, some parts had to be recreated in the studio. It is still too dangerous to put a Rolls Royce on the track with lightning-fast F1 cars…

No, there are no scenes in this saga which are filmed in the Principality… However, the heroes of Star Wars are frequent guests in the Formula 1 paddock. Thus, in 2005, Red Bull mechanics actually dressed as Stormtroopers, and the director of the film, George Lucas, was repeatedly seen in the Principality during the Monaco Grand Prix. 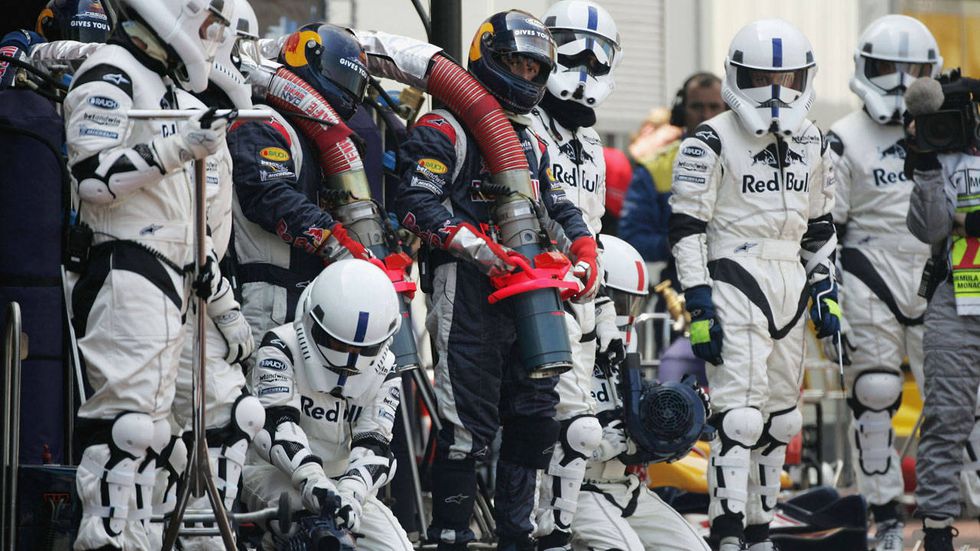 In addition, in 2017, the Renault team united over memories of this iconic saga to celebrate their 40th anniversary.

1971 and Weekend of a Champion

Roman Polanski came to Monaco for one weekend. During this time, his film about Jackie Stewart was born. By the way, Jackie won the Monaco race of that year and thus for the second time became the champion of Formula 1. The documentary shows an important unknown side of the driver: from his stay in his hotel to the start line.

This picture of John Frankenheimer was a kind of breakthrough in cinema, having received three «Oscars» for best special effects, montage and sound. And although the film tells about the struggle of fictional racers, the scenes featured in the film can be called most realistic.

In fact, the film crew followed the racers during the 1966 season. In order to make the film as realistic as possible, a car with a camera attached followed F1 drivers during a race in Belgium. Thus, some scenes from Grand Prix represent a real-time shooting from the track.

Many pilots took part in the shooting, including Lorenzo Bandini and Jackie Stewart. And Yves Montand, who even drove a F1 car for the film, got one of the main roles.

Formula 1 is fascinating and rich in events, stories and untold secrets that you will surely discover. But for now, it’s time to follow the Monaco Grand Prix and find out the winner’s name.