In the first issue of HelloMonaco magazine, we introduced you to the founders of the Principality of Monaco, Otto Canella (Consul of the Republic of Genoa) and his youngest son, Grimaldo Canella. The story continues…

Thanks to their status, the family became known as Grimaldi, bringing forth the legendary Francesco Grimaldi. He learned the nickname «The Sly» after deceivingly conquering the fortress, the mainstay of the Monaco princely family. Sadly, Francesco turned out to be childless.

After his death, his first cousin, and step-son, Rainier I, became the first ruler of Monaco. This is where we continue the story…

Not many people today know what a legendary character Rainier I of Monaco used to be. He brought glory to the Grimaldi family thanks to his courageous sea and land campaigns. During the Fifth Crusade, Rainier I was the commander of the fleet that brought the Kings of Jerusalem and Hungary to Egypt.

From the commander to the lord of Monaco

Rainier Grimaldi was born in 1267. He was the oldest son of a French priest, Lanfranco Grimaldi, and grandson of the Genoa Consul, Grimaldo. After the death of his father, his mother married Francesco Grimaldi. Rainier later became a top naval commander at the service of

King Charles II of Anjou. The glory of Rainier’s fleet was phenomenal. His courage brought him fame all across the Mediterranean.

In 1297, as the legend goes, Rainier agreed to help his stepfather, Francesco Grimaldi, take the fortress on the rock from the Genoese. Their victory marked the start of the Grimaldi reign in Monaco. To this day, Monaco’s Coat of Arms features two monks with swords, commemorating the legend of Grimaldi’s warriors taking «The Rock» disguised as monks, hiding swords under their long robes. Rainier became the first lord of Monaco, Rainier I.

At the service of the French King

At the time, King Philip IV of France launched a massive and ambitious campaign against a long-time enemy, England. Many believe that the continental blockade was Napoleon’s idea, but it was actually devised by Philip IV. The monarch made alliances all across the continent – from the Baltics to Sicily – to boycott English goods and leave the English island economically isolated. Although his policy worked, English King Edward I found a «gap» in the French plan. It turned out that Flanders was a weak link, isolated by the policy along with England. Edward I thus made an alliance with the count of Flanders to monopolize trade between England and the continent. This quickly compromised many ports, especially along the French coast, which began to incur some serious losses.

The wealthy merchants became a potential threat to the ruling nobility in Flanders. French King, Philip IV, supported the lords, while Edward I was standing with the merchants. In 1302, it all resulted in a military clash and the defeat of the aristocrats led by Philip IV. The French monarch was forced to seek help. Remembering the services offered to Charles of Anjou, Philip IV turned to Rainier Grimaldi.

The Battle of Zierikzee

Rainier brought 16 armed galleys to the French coast and Philip IV engaged 20 of his own ships. Rainier was in charge of training the French soldiers for the battle with the English, whose fleet was considerably inferior to the French. The Dutch and Flemish allies of England, however, had an excellent naval flotilla and reputation. 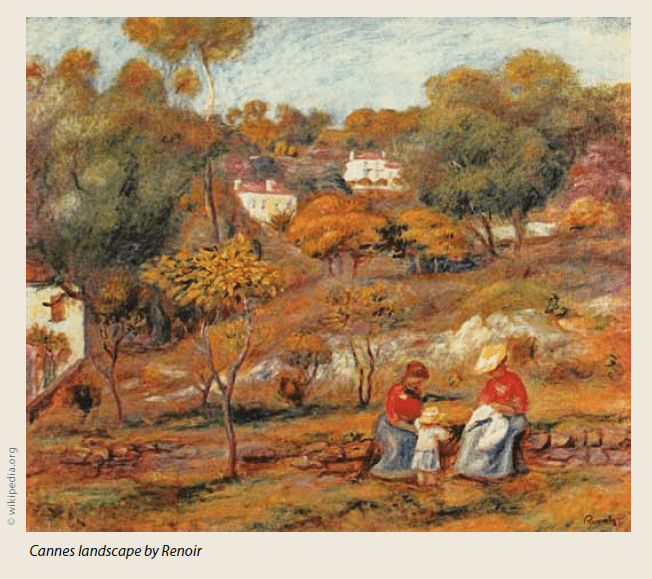 The battle took place in August, 1304 at Zierikzee. Despite the superior enemy, the French fleet under Rainier’s leadership won the battle, and captured the Flemish Admiral, Guy de Dampier. In gratitude, King Philip IV granted Rainier the title of Admiral General of France and presented him with the French city of Villeneuve, in Normandy.

The Rainier I family

In 1309, Rainier built a fortress known today as the Chateau Grimaldi in Cagnessur-Mer. He was then given the title of lord of Cagnes.

The Lord of Monaco was married twice. His first marriage was with Salvatica del Carretto, daughter of Giacomo del Carretto, Margrave of Finale (in Liguria). Salvatica gave Rainier four sons: Charles, Vinci Guerra, Salvaggia, and Luca, the future lord of Villefranche. Rainier’s second wife was Andriola Grillo, but they had no children. Admiral Rainier died in 1314, and his son Charles I became the next Grimaldi ruler.