The quarantine in 2020 caused by the coronavirus infection was a true shock and became a challenge for everyone. The changes caused by the self-isolation, were not easy to accept for some. The self-isolation helped people realise how precious are both life and liberty and to rethink one’s habits. However, this is not the first quarantine in the history of the Principality. People in Monaco have certainly experienced it; they have been quarantined before. Today, one can hardly imagine what it must have been like to have endured the plague of 1631. That interminable quarantine was twice the length of ours, four months long encompassing the whole Summer and Autumn from July to November 21.

In those medieval times, violating the quarantine and leaving your house was punishable by death. Buying food, outdoor walks, delivery of restaurant food to the house — everything was under a strict ban. Only a meagre food portion was authorized, delivered to the doorstep of the house on a long pole in exchange for a fee handed on a wooden tray. It’s only just possible now, after experiencing our own quarantine, to imagine the degree of severity imposed on everyone.

Two fisherman were in forced isolation, made to fish for food for the town. The grim figures of doctors in ghoulish beaked costumes walked the narrow alleys. Imagine the psychological torment of not knowing when it would be all over — or when you might be diagnosed as infected and then isolated in the «lazare barracks» like a leper waiting for the inevitable death with your body being the next to be dragged away into a communal grave. Testing positive in those days was the equivalent of a death sentence and the «grim reaper» was so close that records show that Monegasques felt they had lost significantly more than 10 % of their population. In fact, out of a population of 1000 about 100 died.

It all started in July 1631 when four washerwomen visited the washhouse on the outskirts of Monaco. On returning to Monaco they died shortly after, one after another. The Plague had arrived. The 34 year old Prince Honoré II, his wife Ippolita Trivulzio and son Hercule were escorted to a safe haven to wait out the Plague with their family the Dorias near Savona while 25 men formed a patrol to enforce a lockdown in Monaco — breach of which was not a 200 euro fine but the death penalty. And the same dynamic played out just before the quarantine — police, then in the form of armed guards at the entrance to Monaco barring visitors.

Monaco has two powerful legacies from its quarantines of the past in a street name and also in an annual procession.

There is a curiously named street «avenue de la Quarantaine» that still exists in Monaco today by Chemim des Pêcheurs (and Parking des Pêcheurs by the Rock). A seafaring and trading nation, Monegasques were aware that diseases were global and epidemics could arrive from distant shores by sea. At the time of writing France has just proposed a law imposing quarantine on specified international arrivals. And so it was in Monaco almost 400 years ago whenever diseases arriving on ships threatened, particularly those from China and Japan. There actually existed a tower built in the XIV century and barracks (lazare) to enforce quarantine on visiting seamen. The Quarantine tower no longer exists but the vestiges remain to this day in the street name.

Procession of the Immaculate Conception of the Virgin Mary

Do you remember the feeling at the end of the lockdown this May 4th..? Such was the feeling of relief and elation in 1632 that Prince Honoré II took a vow of remembrance. Almost 400 years later that Vow still plays out in a Monégasque tradition. Having just experienced the end of the Covid-19 confinement the urge to make a vow of thanks now feels very real. The traditional yearly Procession leaves the Cathedral, traverses the streets and arrives at the door of the last known victim of the 1631 plague. And the ceremony includes a prayer of thanks from the surviving population for deliverance.

Thus was perpetuated the «Procession of Penance» known as the «Vow» testifying to the loyalty of the inhabitants to the promise fulfilled in 1632. 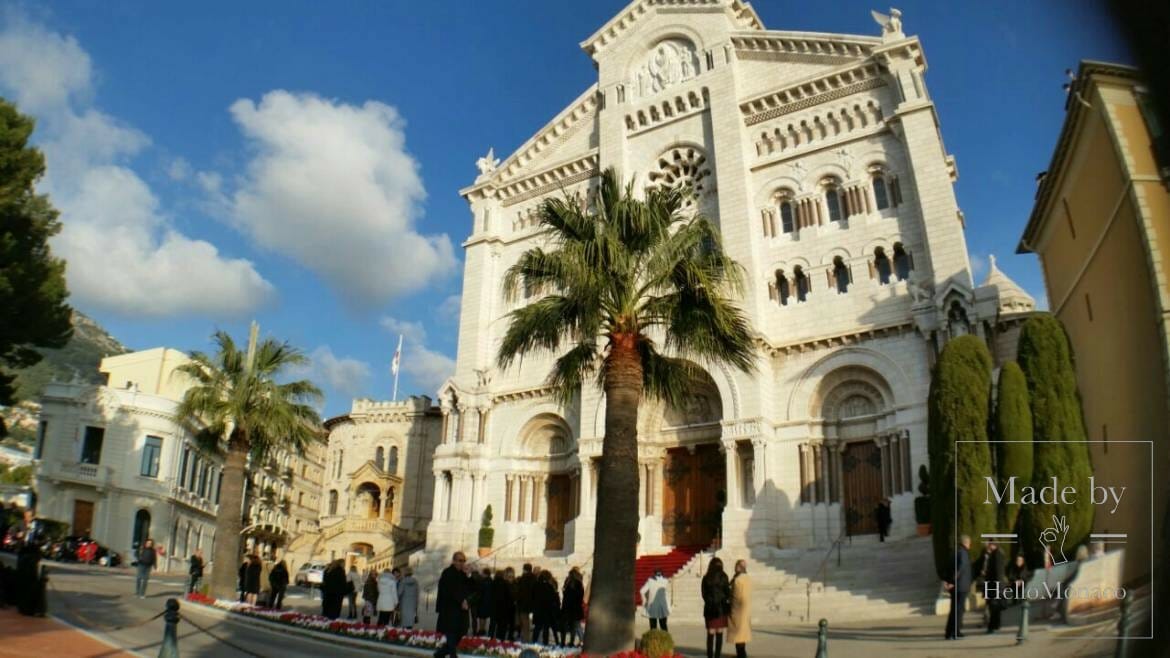 Since 1987, the Council of the Archbishopric has decided to take up this tradition and make it coincide with the patronal feast of the Cathedral «the Feast of Immaculate Conception» which is universally celebrated on December 8. The procession stops at number 7, Rue Basse, an offering (ex-voto) recalls the place where the last case of plague was noted.

Epidemics and pandemics sadly are not just historical events with legacies in our ceremonial traditions. Covid-19 has been only too real. And, still almost in living memory, only one hundred years ago, «the Spanish Flu» pandemic spread worldwide, causing an estimated 50 million deaths. Fortunately the influenza pandemics of 1957, 1968, and 2009 did not approach levels of morbidity and mortality comparable to those of the 1918 «Spanish flu» but they are a reminder of the fragility of our life.