Churchill had known about the casino of Monte Carlo and was in love with it for a long time. He had come here since the beginning of the century, at a time when, as a brilliant writer, he was earning the equivalent of 100.000 pounds a month in today’s money. And later, as a famous Deputy in the UK Government, conferences in Europe or America pay him 10,000 pounds sterling to speak.

«No more champaigne» at home — in abundance at Monte Carlo

John Lough in his biography of Churchill «No More Champagne» on studying his finances recounts: «I have never encountered risk-taking on Churchill’s scale — he gambled or traded shares and currencies with such intensity that he appeared to be on a high». Inheriting a valuable estate in Wales in 1921 just gave Churchill more funds to feed his gambling addiction. His wife Clementine warned «Beware Casino» and true to her prediction he lost more than the equivalent of 90.000 pounds sterling in 1922 in Monte Carlo.

When he was 26 years old, he was already going to the Hotel de Paris. Winston Churchill lived in the same suite on the top floor of the Hotel, overlooking the whole of the Principality. His mother had visited the Hotel de Paris and the Casino before him, when she was the Prince of Wales’ mistress (later King Edward VII, who was a big fan of gambling and beautiful women). His duties as Minister then called Churchill away from the Mediterranean. In 1913 he returned to Monaco with his wife Clementine and also after the First World War.

From 1920 onward, he continued to visit Monaco and the Cote d’Azur. When he wasn’t staying at the Hotel de Paris, he and Clementine joined wealthy aristocrats and celebrities: he stayed in Cap d’Ail at Lord Beaverbrook’s villa, Cap Martin at Daisy Fellowes’ (of the Singer fortune) or with press tycoon Lord Rothermere in his villa, la Dragonnière and at the sumptuous residence of the Countess of Essex. But one of his favourite homes was the Chateau de l’Horizon in Golfe Juan built by American actress Maxine Elliott. At the Chateau Horizon, there was a swimming pool that was perfumed with eau de Cologne. It is said that shortly before the Second World War, Churchill received the British, French and Italian Foreign Ministers there.

In 1938 Churchill was on the brink of bankruptcy due his love of luxury, gambling and expensive tastes. Fortunately for the world, Sir Henry Strakosch, a millionaire admirer of Churchill, bailed him out with a loan. So he continued with his love for Monte Carlo and his fascination with the gambling tables.

Hitler couldn’t defeat Churchill but champagne and gambling nearly did

1939 and the Monte Carlo Casino room is buzzing. «Nothing is going right! » — Winston shouts, whose face disappears behind the smoke of a cigar and followed by the sound of a ball spinning around the roulette wheel. It is far from midnight and Winston Churchill is frustrated. But he keeps playing and keeps losing. «You must stop», suggests the director of the casino. «I’ll pay my debts to you tomorrow» — he says to the manager, and continues to play.

Churchill was not there to pay his debts the next day. He raced back to London preparing for the outbreak of war.

He will quickly become Prime Minister and help vanquish Hitler. On the 31st of January, 1945 in Yalta, he will be responsible for sharing the world with Stalin and Roosevelt. The war will end. He will then have only one thing left to do: return to the Cote d’Azur. A memorable elaborated quote:

«Hitler couldn’t defeat Churchill but Champagne and gambling nearly did». Here is a famous quote, this time from Churchill himself after World War II: «After the war, two choices were open to me: to end my life as a deputy or as an alcoholic, and I thank God for having guided my choice so well: I am no longer a deputy!»

Gazing at the lights of Monte Carlo

As reported by Michael Wardell, an employee originally of Lord Beaverbrook,  and  documented  on  winstonchurchill.org  and elaborated here – it was raining heavily on the French Riviera on an August morning of 1949. Sir Winston Churchill and Lord Beaverbrook were sitting in Lord Beaverbrook’s villa at Cap d’Ail, across the bay from his beloved Monte Carlo.

The evening was pleasantly cool in contrast to the heat of the day. The outline of Monte Carlo was silhouetted against the evening sky, the shore lights reflected on the smooth surface of the sea, mingling with the mirrored beams from the small boats moving silently back and forth across the bay.

Churchill gazed at the lights of Monte Carlo. «How inviting it looks! How much I’d like to go there after dinner», he said, and paused… «But no! I musn’t! I promised Clemmie». And he told how he had visited Monte Carlo when he was no longer Prime Minister. He cashed a cheque, quite forgetful of the foreign exchange restrictions that he himself had made.

He had gambled and lost, and enjoyed every minute of it, until afterwards he had suddenly remembered he had committed a heinous offense against the laws of Britain. 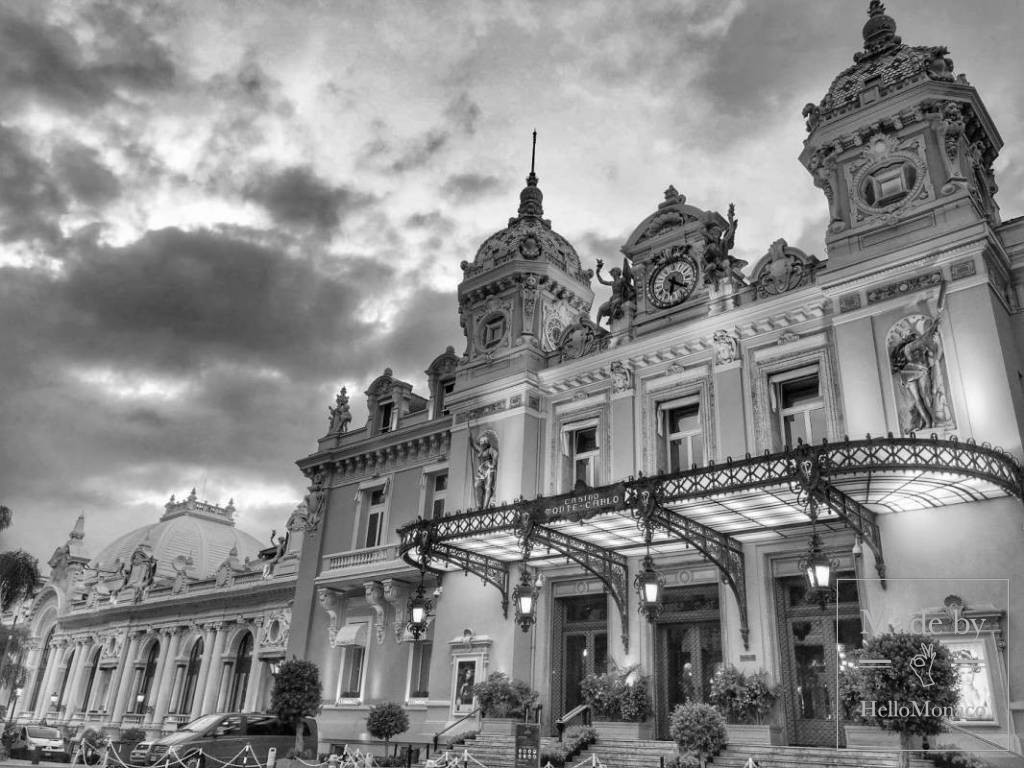 Churchill departed altogether in those few days from his habits of a lifetime. He was up early in the morning, bathing in the sea after a session with his secretary at his war books, then out to paint with his ten-gallon hat and his five-man retinue carrying canvases and paints and accessories. He would paint for hours at a time, rapidly, with a zest. Luncheon and dinner were memorable, and every one of them different. He would never repeat himself, even in the way of his clowning. He was the greatest master of the spoken word, glorying in his own virtuosity, an extrovert and actor, playing the part he loved to play. It was as though he were raised to the highest pitch of his life and genius in one glorious peak of exultation before the climax.

Sir Winston Churchill is 71 years old. There is one thing forgotten: the Casino’s debt. Sir Churchill takes out his chequebook and writes out the amount: 1,300,000 Francs. And there is a cheque of Churchill’s made out to the Casino that shows not only did he pay for his losses on visits there after the World War II but also for his losses at the Hotel de Paris casino just prior to the war, when he had to leave in a hurry to battle the rising tyranny of Hitler.

This cheque was never cashed. This is a way how the Société des Bains de Mer is paying tribute to the hero of the Second World War.