Some of the residents of Monaco almost need no introduction. It is obvious that the Principality is a magnet for outstandingly successful businessmen and entrepreneurs who are now ready to help others. Our hero of today is Stelios Haji-Ioannou.

This is not even about the fact that Stelios Haji-Ioannou founded EasyJet. It is, of course, quite an achievement, since he created the famous British airline at the age of just 28. Since then it has expanded into a group of companies and services: from car rentals to fitness studios. The Greek billionaire seems to have all his projects happen «easily»!

However, there is yet another dimension to his life that has made him a truly successful person. The Greek businessman devotes one third of all his time to the Stelios Philanthropic Foundation. Its activities mainly cover the countries where he used to live and work — Greece, Cyprus, Monaco and the United Kingdom.

«I used my name for the Foundation for a reason; I consider it my heritage,» says Stelios. And this is more than just words.

On May 11, 2017, the Greek businessman joined Bill Gates and Warren Buffett in the Top-100 of the richest people on the planet having signed The Giving Pledge. This is a philanthropic campaign launched in 2010 obliging the participants to donate at least 50 % of their capital to charity. Stelios Haji-Ioannou thus bequeathed half of his fortune to the Stelios Philanthropic Foundation. 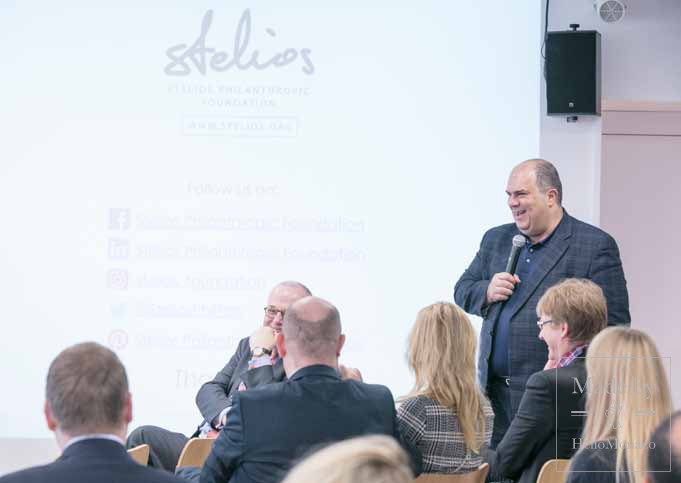 What was the start of the businessman’s career and how did he eventually turn to charity?

Between the sea and the sky

Stelios Haji-Ioannou was born in Athens to the family of one of the largest ship owners, a Cypriot Lucas Haji-Ioannou. Not surprisingly, the future billionaire was educated at the London School of Economics and Political Science. He then worked in his father’s company to grasp the reality of the business world.

At the age of 25, following the example of his father, the young entrepreneur opened his oil transportation company, Stelmar Shipping. To launch it, he spent about 30 million pounds received from his father. In 2005, the company was sold for 1.3 billion dollars. This deal did put an end to a family tradition as Stelios was no longer dealing with freight. He was interested in quite different projects.

His new business idea dated back to long before the sale of Stelmar Shipping. It consisted in creating a low-cost airline, EasyJet. This time Stelios borrowed only 5 million pounds from his father for the purchase of two Boeings, and the company was launched in 1995. We all know what happened later. In just three years the airline fleet had grown to 15 aircraft. By 2007 the flight destinations stretched to Germany, Italy, France and Spain.

In 2006, 39-year-old Stelios was granted a knighthood by the British Queen for «business development.» By this time, this «serial entrepreneur», as he calls himself, combined numerous services of the EasyGroup holding company based in Monaco and London. His famous Easy concept covered all kinds of spheres: sports, ground transportation, hotels, real estate and many others. 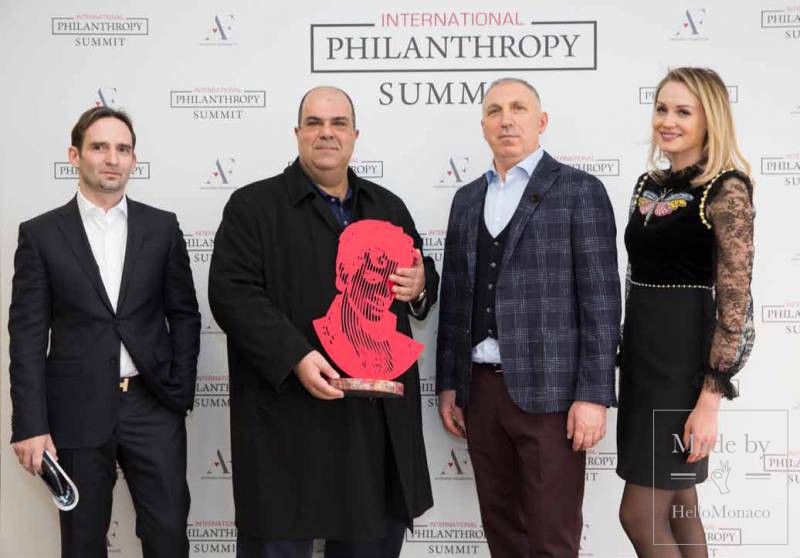 Today, the businessman lives between Monaco and the island of Saint Barth — that’s where he runs his real estate business and enjoys his long time sailing hobby. He owns a small fleet of classic sailing yachts, happens to be an active member of the Monaco Yacht Club and owns a yacht club in Saint Barth.

«I became the first Monegasque resident to have signed The Giving Pledge,» says Stelios. «If you’ve been lucky enough and you’ve earned enough money, a half must go to a good cause, and the other half to the family. I also believe that this is a good way to perpetuate your heritage.»

Speaking about the Stelios Philanthropic Foundation globally, on top of the training and supporting grants for disabled entrepreneurs, the «Food from the heart» program absolutely needs to be mentioned. As part of this initiative, about 86,000 people in Greece and in Cyprus living below a poverty line receive the food that they need to survive.

Another important project is an award to the Greek and Turkish Cypriots promoting peace on the island still torn apart by a territorial conflict dating back to the 1960s.

Monaco where the Haji-Ioannou family moved 28 years ago is another venue for Stelios charity events. Last summer his foundation collected 120 000 euros that went to a joint project of the WWF and Prince Albert II Foundation aimed at saving white tigers from extinction.

There is also another project underway that will bear the name of the Greek billionaire. He is planning to open a conference hall with a capacity of 100 people in the Port of Hercule, quay of Antoine I. This will be a venue for summits, conferences and meetings of charitable projects of Monaco. Since the rental cost of premises in Monaco is high, this initiative of Sir Stelios will be a significant contribution to charity development in Monaco, giving a home to its philanthropic organizations and letting them work more efficiently.