Rain was no hindrance to this sporting event! 2000 amazing people got together to run the 10-kilometer race which was motivation enough, indeed.

On December 16, 2018,  true to the occasion, a festive spirit was floating in Port Hercule. And it was not just due to the Christmas Fair recently opened on its promenade! All the main roads of the Principality were closed because of the U Giru de Natale race. Two thousand motivated individuals started their run on Albert I Embankment, crossing all the main streets and key locations, including Casino Square, Larvotto and Palace Square. The 10-kilometer race finishes in Port Hercule – exactly the spot where Formula-1 racers are famously putting the “pedal to the metal” for that final burst of gas  to propel them to victory. 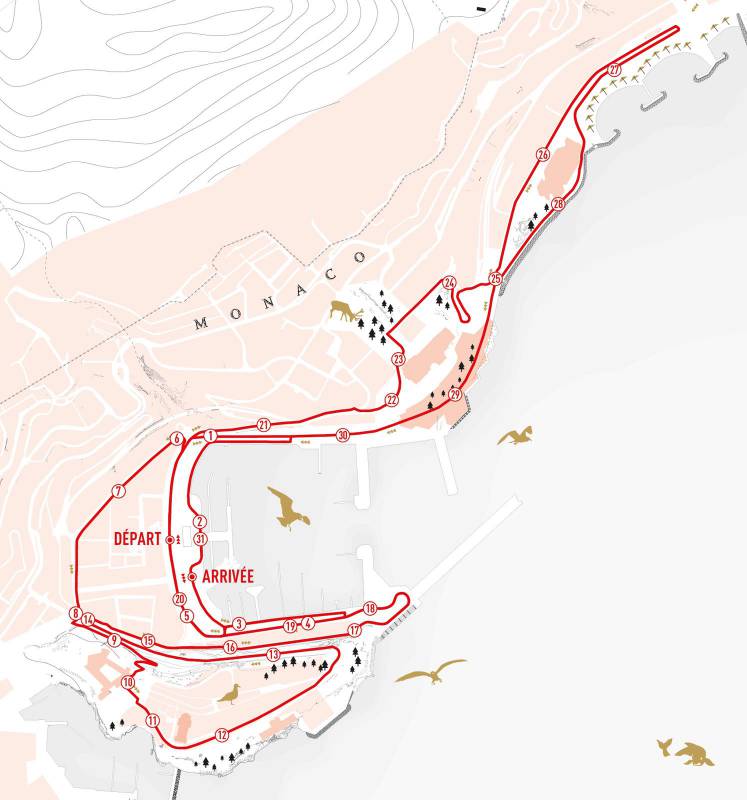 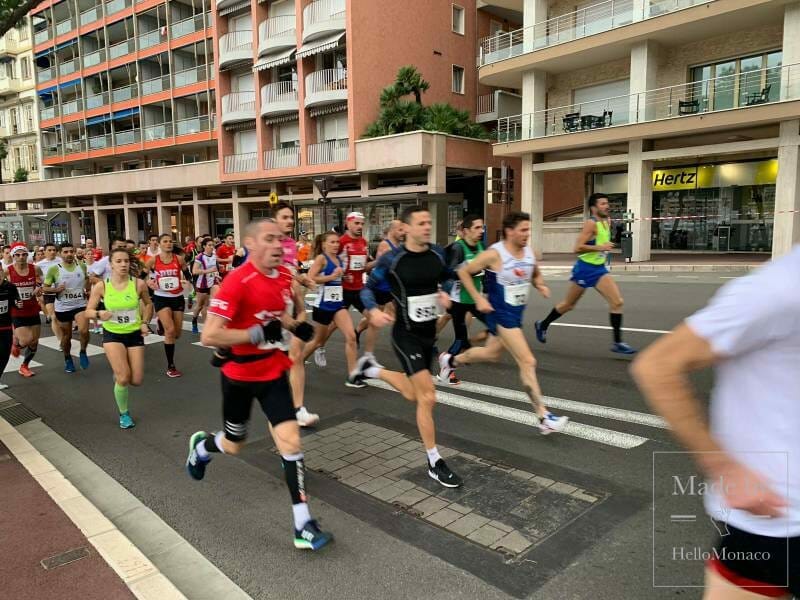 The main partners of this sporting event are the Government of Monaco, the Mayor’s office and the Police Sports Association of Monaco.

The Prince’s carabineers, the Monaco police and fire and emergency services were all involved in the race. In addition, some professional athletes from AS Monaco were spotted in the crowd of runners. It was quite easy to tell who they were as all the participants were wearing t-shirts with their company logo.

Since this was a Christmas inspired event, some runners truly distinguished themselves in their originality. You could see Santa Clauses, Elves, Rudolphs, Snow Maidens and even… unicorns. Sometimes you could even hear the distinctive sound of Santa’s bells! Yes, some particularly creative participants were running with special belts making this truly Christmassy sound. 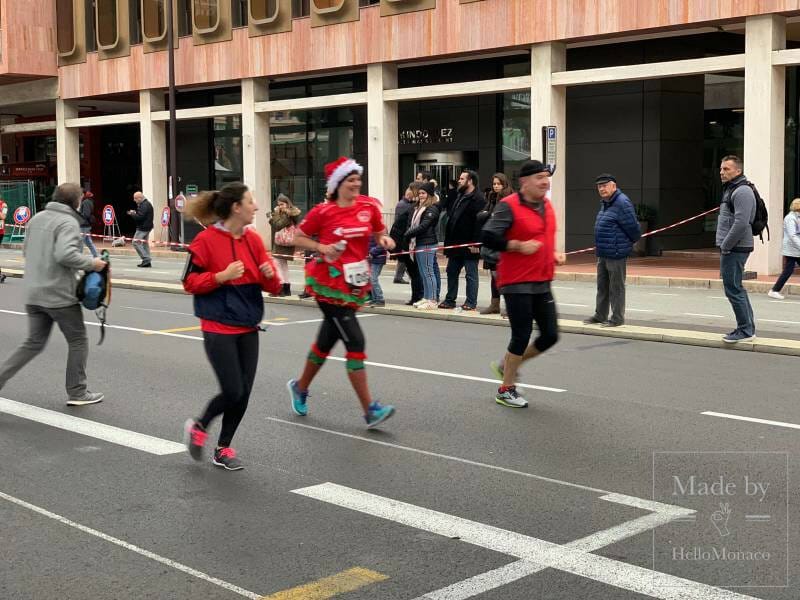 About a hundred volunteers, children and adults, were showing the way and distributing water to the athletes.  The runners could also replenish their energy with a slice of orange, banana or a piece of chocolate, right on the track.

Difficult to believe, but the nasty weather was not a downer for the hundreds of supporters who came to cheer and watch the progress of the race – not at all.  Ex-Formula 1 champion, Mika Hakkinen, was spotted among them with his family. 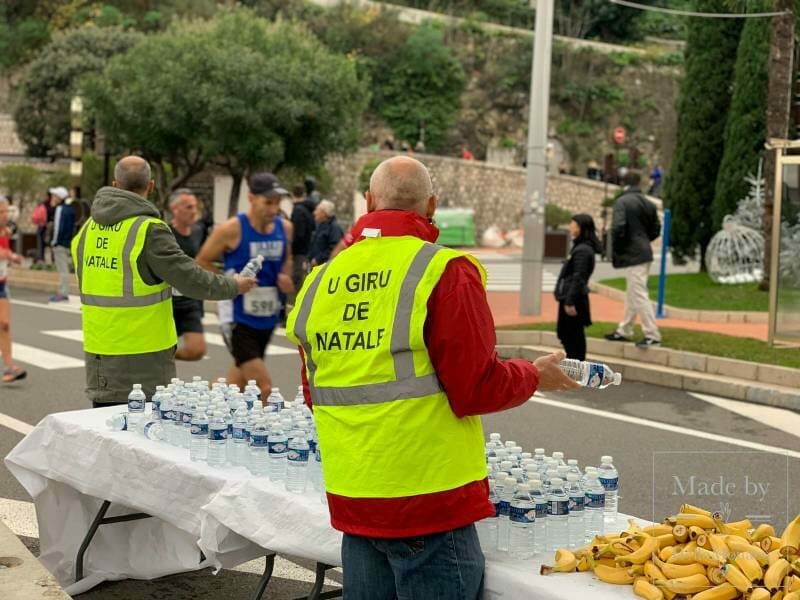 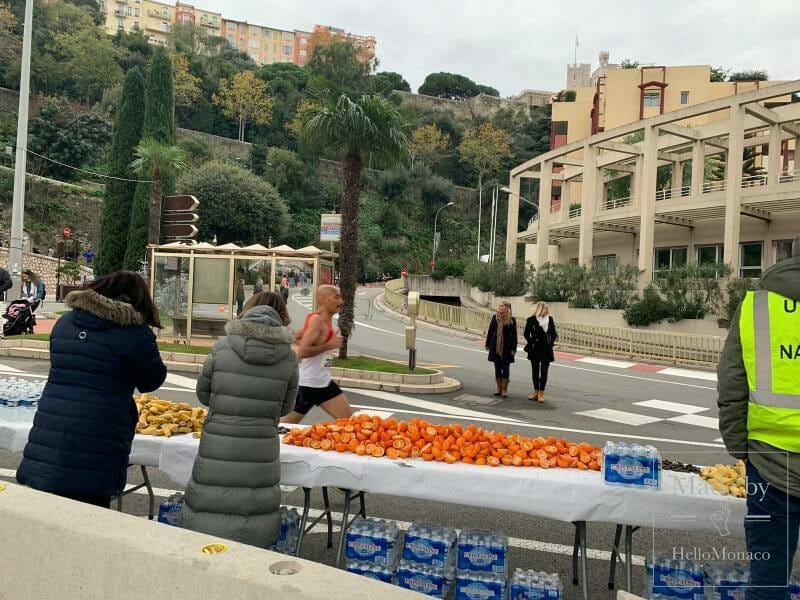 You would almost think that the scale of this race was up to the level of the famous Grand-Prix. Christmas tunes blared from all the loudspeakers in the port, encouraging the audience to support their runners even more energetically. “Come on, Adrien!” – an elderly woman was shouting. “Don’t be a slow-coach, press on the gas!” – a man with a dog was cheering defiantly. Apparently, he hadn’t yet summoned up the courage to run the race himself.

Special praise and applause from the public went to several teams who were not only running this “mini” marathon, but also carrying and pushing people in specially adapted wheelchairs – due to physical inabilities, they could never run on their own. But that’s what friends are for, aren’t they! The firefighters of Monaco were among these brave men. 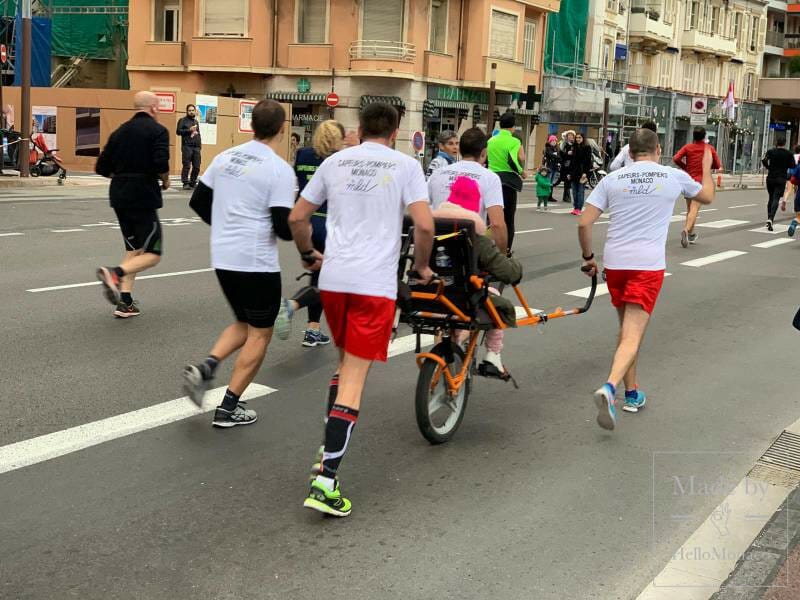 Each race had its own winner. Here are the fastest runners of U Giru de Natale: Ariri Nouredine came in third with a time of 30 minutes and 51 seconds. Second place went to Fabrice Evrard from the club Martigues Sport Athlétisme who ran the distance in 30 minutes and 24 seconds. And the champion of this 24th race was Quentin Chiai, the Prince of Monaco’s carabineer.

Amazing results for this 24th edition. The next U Giru de Natale will certainly bring together an even greater number of participants and will contribute to supporting the sports and Christmas spirit in the Principality of Monaco! 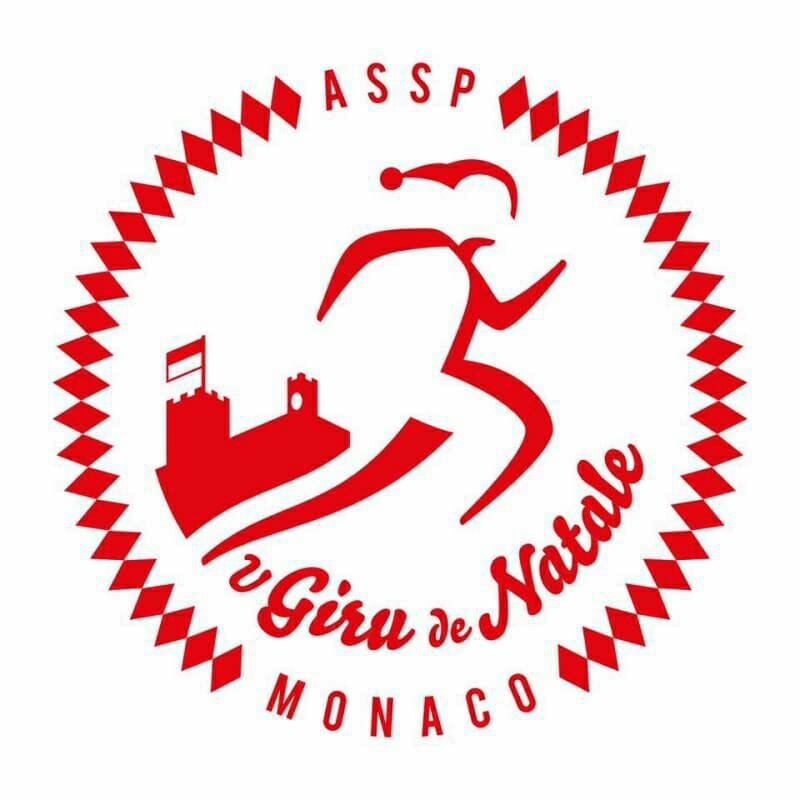