The name Saint-Jean-Cap-Ferrat immediately conjures up images of the absolute pinnacle of affluence — which it is. And it does share with Monaco the leadership among the priciest real estate on the planet. This is a little in contrast with its origins because for much of its history it was relatively poor, barren and neglected and its other name historically and ironically is related to hospice. How times change!

Destiny has had Cap Ferrat become a host to Royalty and celebrities. The peninsula is also part of the Pelagos Sanctuary for Mediterranean Marine Mammals, a protected area jointly managed by Monaco, France, and Italy and whales and dolphins swim protected there. A paradise for divers.

The Mediterranean coast, its mild winter climate with day after glorious day of sunshine was a magnet for European Royalty, mainly English and Russian, and the Dutch and the Belgians joined in the party too. And it was King Leopold of Belgium who with mega riches amassed from colonial invasion of the Belgian Congo saw the potential in Cap Ferrat. Its location, nearly equidistant between the lively city of Nice and Monaco was ideal.

Fit for a Kingdom

There is something about rocky promontories on the Mediterranean coast that they are destined to become mini-kingdoms. Maybe it is because of their distinct geographical boundaries and their regal, commanding positions that they cry out to be the homes of dukes, princes and kings.

So King Leopold pieced himself together a royal fairyland there and bought every parcel he could lay his hands on. Tie together the winter exclusivity of European Royalty and then the summer playground for the 1920s invasion of the Lost Generation and you have the perfect cocktail of royalty, celebrity, and literati. And, of course, the light of the Riviera drew more than its fair share of artistic geniuses, Picasso, Monet and Chagall.

Cap d’Antibes had F. Scott Fitzgerald and Cannes to send its reputation to the stars and Eden Roc and Eilenroc as its palaces for entertainment. Saint-Jean-Cap-Ferrat has Somerset Maugham, Oscar Wilde, and Noël Coward and it does have the great Fortune that Baroness Beatrice Rothschild alighted there. 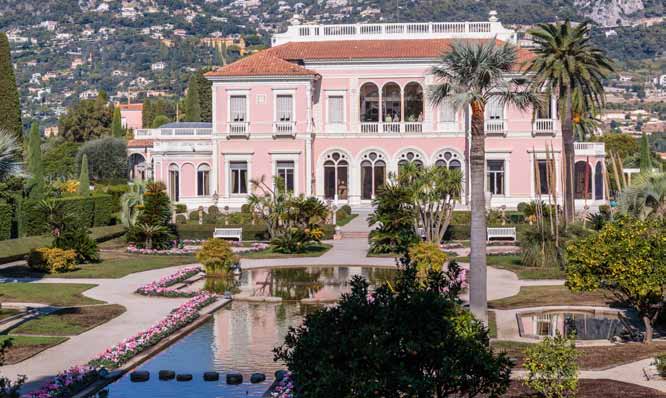 Villa Ephrussi de Rothschild is the Baroness’ creation. She was heiress to a large Rothschild fortune and survivor of a disastrous marriage at age 19 to an elder friend of her parents. Her husband was a gambling addict who passed on to her a sexual disease that left her barren. Divorced but with a passion for life she built this absolute gem of a Villa in Italian Renaissance style in 1912 to house her art collection. And what a collection — garnered from every corner of the world. Gardens in this case is an understatement, there are as many uniquely themed gardens as there are days in the week — yes, seven, including ponds, waterfalls, sculptures and beautiful flower-beds. For your extra enjoyment water fountains burst into motion and spray and tinkle to music every 20 minutes or so in the French garden; these beautiful fountains were designed by the Baroness herself. Beatrice Rothschild was exceptional, even eccentric, paying strict attention to every detail to the point of having 30 gardeners dressed in Marine uniforms — at attention when she took her morning stroll. While walking along the narrow paths you also get a feel for the special geography of Cap Ferrat which because of its narrow finger-like shape allows, on occasion, for sea-views to both the East and West side — incredible and impressive. The Baroness watched over every detail and that applied to the Villa too. You notice it as you enter the ornate marble hall of the pink Villa from the gardens. From the hall you will find her dining room where you take tea; it is bright, fresh and airy with beautiful views to the Bay of Villefranche. Her taste was exquisite much of which is on show as you check out the immaculate rooms in her apartments. Villa Ephrussi Rothschild — a visit to remember. 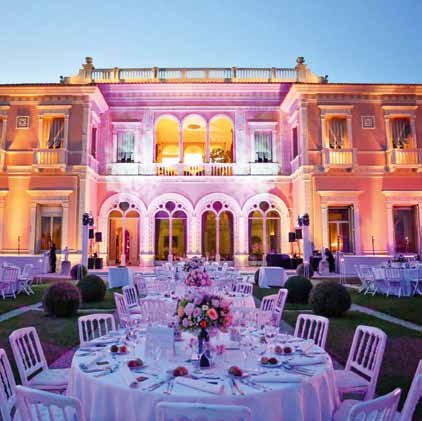 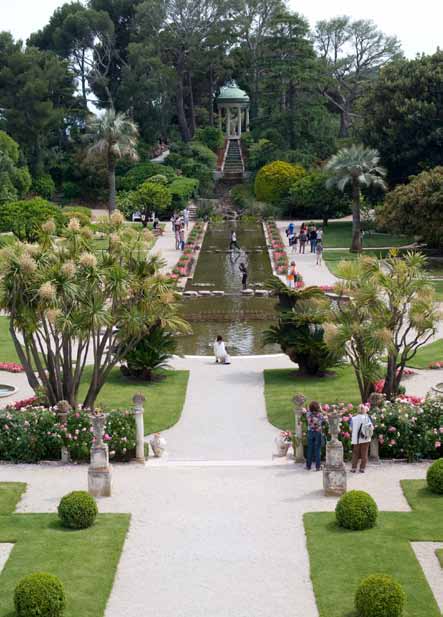 The Villa Santo Sospir is one of Cap Ferrat’s magical oases awaiting your discovery.

It overlooks the bay of Villefranche-sur-Mer to the east and looking to Le Phare, the Cap Ferrat lighthouse to the south. The entire peninsula was previously known as Cap Saint Sospier after a 6th century monk — thus, the name Villa Santo Sospir. 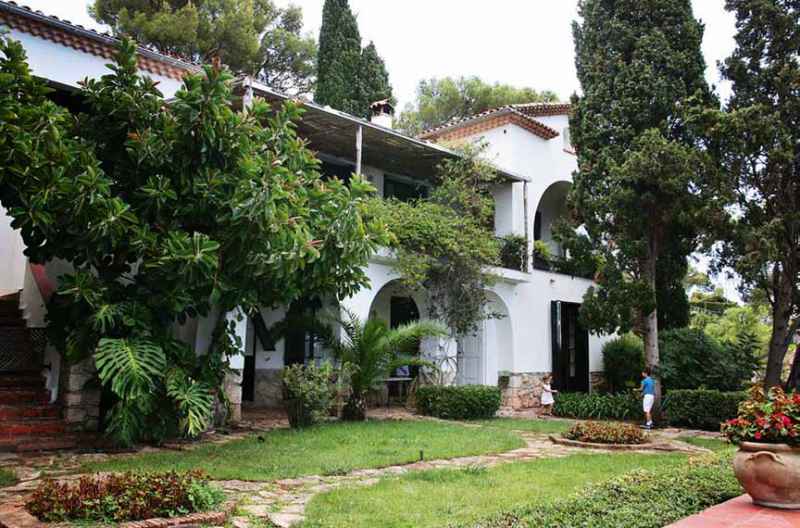 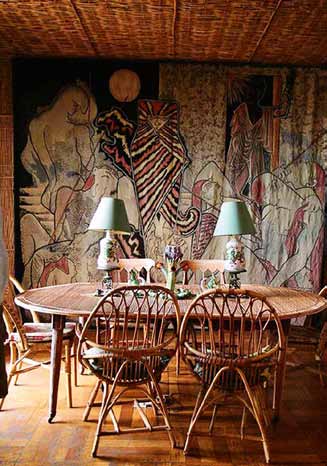 The private estate was home to the socialite Francine Weisweiller, who quickly became close friends with writer, filmmaker and artist Jean Cocteau. Upon visiting Weisweiller at her Cap Ferrat estate, Cocteau remarked that her walls appeared bare and offered to paint a mural above her fireplace. Over 13 years, encouraged by Picasso who was a frequent visitor, he adorned most of the villa’s floors and walls with mosaics and frescos. 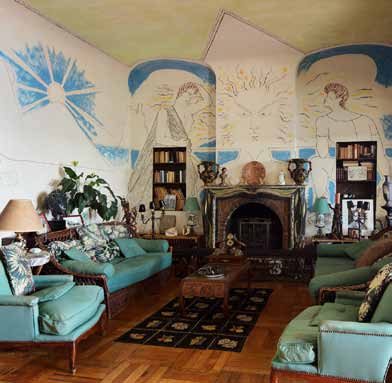 Cap Ferrat is a narrow promontory and is mostly divided into estates of the rich and famous with a deep penchant for privacy, so much of the residential space of the Cap is divided into heavily secured no-go areas. But where there is a Cap you can be sure there is a wonderful coastal walk and Cap Ferrat does not disappoint. It has a good 7 kms of walking trails that virtually circumnavigate the whole Cap and take in Paloma Beach in Beaulieu-sur-Mer as a bonus.

These are not as the same thrill-seeking, steep, super-challenging, wind-pulling-at-your-hair, breath-taking coastal walks of Cap d’Antibes. They are gentle by comparison but full of sea views from every angle and Mediterranean flora and fauna, jasmine, rose oleander and pink bougainvillea. You can choose your walk, less than one hour, two hours or three hours. Plenty of time to muse about the celebrities that have lived on the Cap be it Somerset Maugham, David Niven or Charlie Chaplin. You get tantalizing glimpses of celebrity Villas and of course the lighthouse and the Grand Hôtel.

For a relaxing walk head from the Port at Saint-Jean-Cap-Ferrat to Paloma Beach; take a swim and then pause the walk for a while — it’s a good excuse for a bite and a glass of wine.

If you take the longer walk around the Cap and the lighthouse you eventually get a fabulous view of Villefranche and an unrivalled view of Bay of Angels (La Baie des Anges). There are some hilly bits and steps but after a couple of hours of mainly pleasant walking around many a rocky outcrop, gazing admiringly at the cobalt sea, treat yourselves to a swim and refreshments at Passable Beach. The shortest and easiest stroll is the 30 or so minute walk to Beaulieu-sur-Mer along the promenade Maurice Rouvier. This is a good route if you are elderly or for those with toddlers in prams.

So why bother to go if most of it is hidden behind iron gates and triple security? Because the best bits are awaiting your visit: the 7 kms of coastal paths with delightful sea views and teasing glimpses of Villas of the rich and famous. You can also join the rich and famous and «rent» almost the same exclusivity and pampering and stay at the Grand Hôtel du Cap Ferrat. 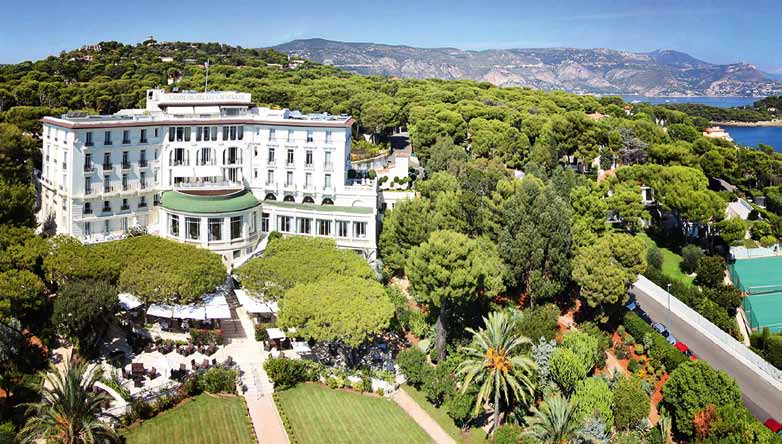 Built by Gustave Eiffel of Eiffel Tower fame it has the «Palace distinction» unique to France which means it exceeds the luxurious pampering that a five-star hotel could provide. If it was good enough for Winston Churchill, Elizabeth Taylor, Pablo Picasso and Jean Cocteau it may suit you too. In fact, you could do worse than spend a few days there enjoying glasses of wine taking in the vistas at sunset, enjoy the rolling gardens and the gourmet cuisine. Most of all take the glass funicular and ride down the jagged hillside to the 30s-era, infinity-edge swimming pool which is perched just above the Mediterranean shoreline with a view that excels. Perhaps also take a swimming lesson. Former swimming clients apparently include Somerset Maugham, Ralph Lauren, Elie Wiesel, Brigitte Bardot, a few Kennedys and Paul McCartney. If you are a strong swimmer take the plunge during an afternoon diving excursion. Cap Ferrat is a diving sanctuary, well worth the adventure. 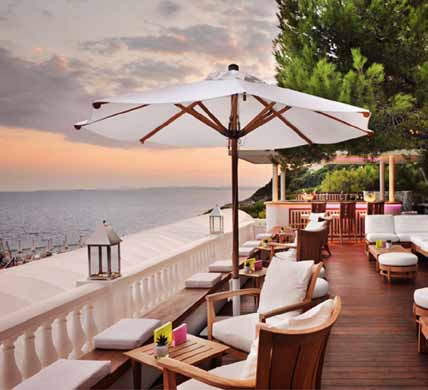 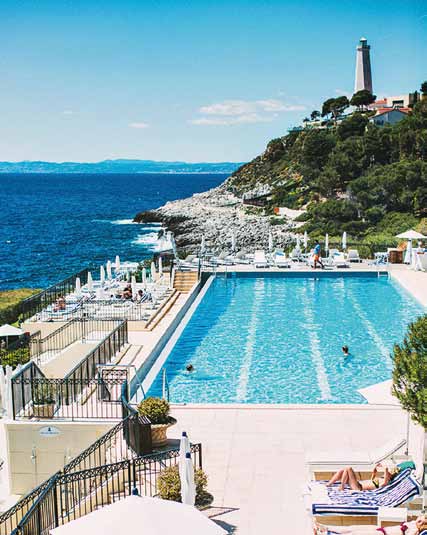 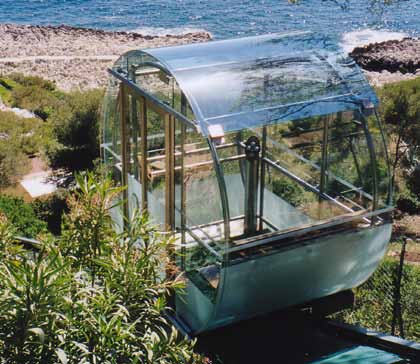 Enjoy your summer in Saint-Tropez: new restaurants and beach clubs

The Most Marvellous Walks near Monaco

Roquebrune-Cap-Martin: a small town with a great history

When Frescoes of Villa Santo Sospir Come to Life

The rare white truffle of Piedmont, Italy: the hunt is on!

Enjoy your summer in Saint-Tropez: new restaurants and beach clubs

The Most Marvellous Walks near Monaco

Roquebrune-Cap-Martin: a small town with a great history

When Frescoes of Villa Santo Sospir Come to Life

The rare white truffle of Piedmont, Italy: the hunt is on!