The Fairmont Monte-Carlo is located right in the heart of the Principality, which is truly unique: some rooms offer views of the legendary Formula-1 hairpin. Guests thus enjoy being at the very epicenter of Grand Prix events! Racing cars literally fly through the most dangerous sections at an incredible speed while also mastering the “hairpin”. This part of the track is considered the most challenging and dramatic, often radically changing the outcome of the race.

The hotel’s construction was completed in the early 1970s. It was built by the Caroli Group developer on the site of Monaco’s first railway station. Part of its original wall still remains to this day, hidden by the administrative premises. Named “Loews Monte-Carlo” back in the day, the hotel welcomed its first guests in August 1975. In 1998, a Palestinian-Lebanese businessman, Toufik Abuhater, purchased the building from the Loews Hotels Holding Company , baptizing it “the Monte-Carlo Grand Hotel”.
In 2004, it finally became the property of the Fairmont Hotels and Resorts for a price of €215 million, and was renamed “the Fairmont Monte-Carlo”. Since then, its premises have been renovated twice in 2005 and in 2009. 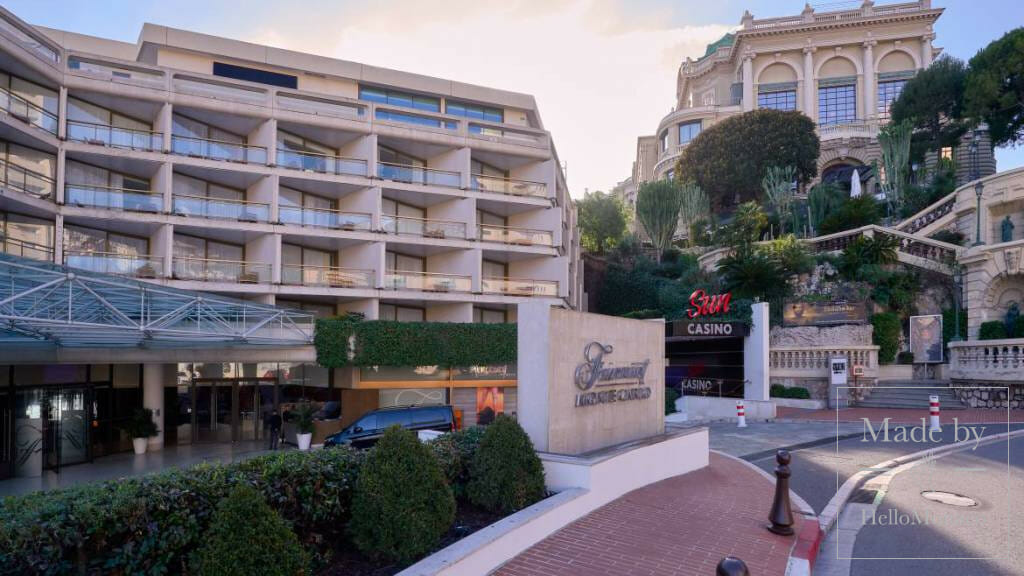 One of the largest hotels in Europe

The Fairmont Monte-Carlo is one of the largest hotels in Europe, offering 596 rooms and suites, and the world-famous Nobu and the Nikki Beach concepts. Its rooftop beach club is a traditional venue for some of the best parties. Popular DJs perform here and signature cocktails are made. A heated pool brings a summer mood all year round.

On top of that, the hotel has 2 bars, a nightclub, the Horizon rooftop restaurant with the stunning Mediterranean views, 18 meeting rooms, a panoramic conference room, a ballroom, a spa and fitness centre. The Fairmont Monte-Carlo is often favoured by celebrity guests. This is a traditional venue for the annual press conference and gala dinner for the Monte-Carlo Comedy Film Festival. During the last Monaco Grand Prix, “Disclosure” and “French Montana” performed on the stage of its new Lilly’s nightclub. The Fairmont Monte-Carlo boasts a wide selection of personalized services – eight treatment rooms, manicure and pedicure salon, all comfortably set on its 900 sq. m territory. The hotel meets all safety standards and has recently been distinguished by the AllSafe mark.

Room rates start from 255 euros per night, depending on the season.