The history of Monaco Balls goes back well into the 17th century. Prince Honoré II introduced this tradition of ceremonial evenings and bright performances from the French royal court in Versailles under the rule of Louis XIV. Experienced with ballet productions in France, he organized their first performance in Monaco in 1654. Ballet productions eventually become very popular in the Principality, making it one of the brightest royal courts in those days.

This unique ball at the Belle Époque Monaco “Opera” was hosted by Hélène Rochas on May 27, 1966. It was a one-off event to celebrate the Monte-Carlo centenary. The ball was opened by Princess Grace attired in a magnificent coronation tiara that belonged to Josephine Beauharnais. The founder of the Chaumet jewellery house, Marie-Etienne Nitot, used some 1,040 diamonds to create this masterpiece on the occasion of Napoleon’s coronation, on December 2, 1804.

Later on, the French government decided to sell the tiara. Nowadays, it is the property of Van Cleef & Arpels who granted Princess Grace permission to wear it at the Monte-Carlo Centenary Ball. 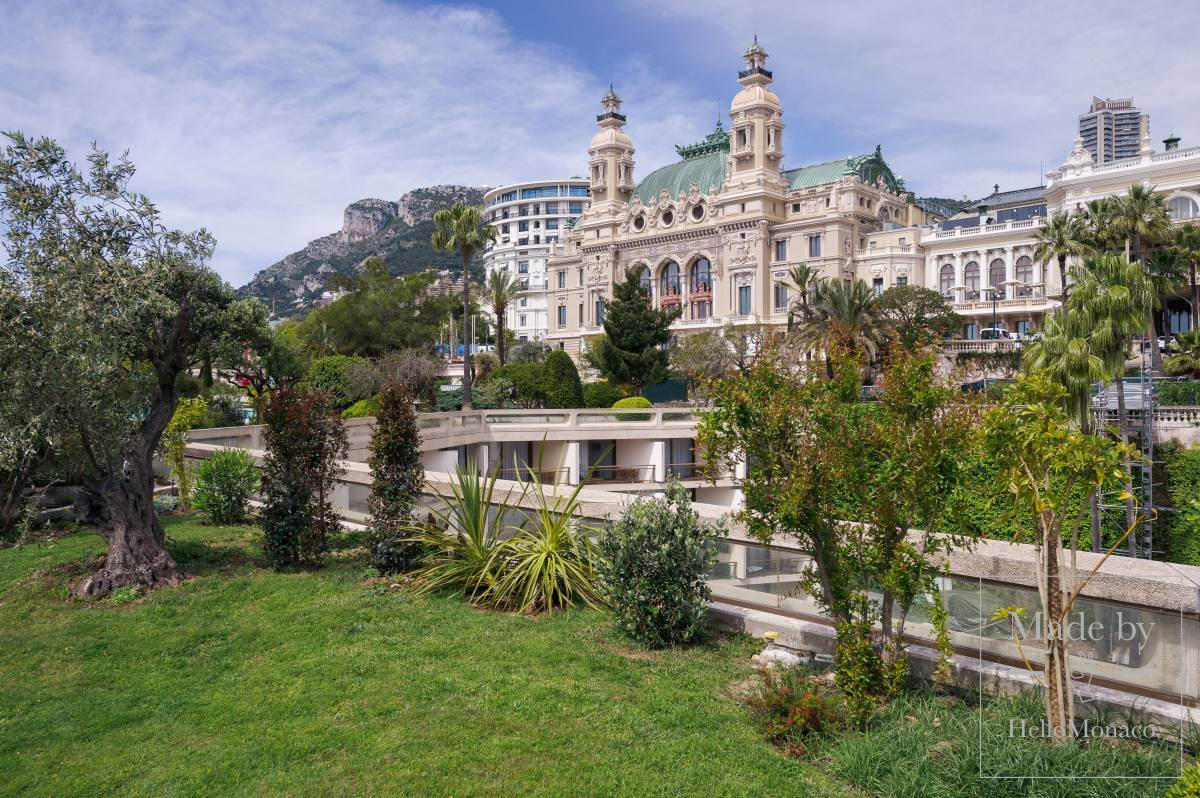 It was Princess Grace herself who bestowed a special festive and luxury mood on an event which used to open the party season in the Principality beginning in 1954. Every year, the iconic Princess was personally involved in organizing the event. Not surprisingly, a great number of roses, Grace Kelly’s favourites, have traditionally decorated its halls. After the creation of the Princess Grace Foundation in 1964, the Rose Ball became not just a high society party, but a charity event. The collected funds have always been donated to the disadvantaged and needy: disabled or hospitalized children with serious medical conditions. In addition to auctions, tombolas and purchases of entrance tickets, the participants made donations that have helped a number of children in the course of the Rose Ball’s half a century history.

In 1954, the artistic director of the Société des Bains de Mer, Henry Astric, who made a daring proposal. Back in those days, fiery Latin American dances were more popular than anything else. However, he suggested to adopting the traditional waltz as the main dance of the ball.

To highlight its romantic spirit, Henry Astric avoided lush and extravagant decorations, favouring roses and a string orchestra instead.

The Princely family has traditionally chosen its theme, inviting a designer or an artist to create stunning scenery. In the last years, until his death, Karl Lagerfeld was a constant designer of the Rose Ball decorations.

Usually the Rose Ball takes place at the end of March. In 2022, it will be held on July 8 at the Salle des Étoiles of the Sporting Monte-Carlo.

The court life of Monaco, however, was not limited to ballet performances only. Over time, some very magnificent balls and charitable gala evenings became a common occurrence in the Principality.

The Red Cross Ball in Monaco was first held under the reign of Prince Louis II in 1948. Since its very start, it had a tradition of hosting charity concerts, auctions and events in support of particular projects. Monaco has traditionally fostered the spirit of pacifism and cooperation. Throughout history, its rulers have opted for peaceful solutions, charity and helping neighbouring states. The Red Cross Ball thus got well rooted on the French Riviera.

The famous French chansonier Maurice Chevalier was the star of the very first Red Cross Ball held on August 10, 1948. Later the program of the Ball got more and more spectacular from year to year. The most eminent and noble personalities were among its guests. The organizers seemed to be surpassing themselves each time. In 1952, it was opened by a Christian Dior fashion show. In 1953 Gigi Jeanmaire, a French ballerina and singer, starred at the ball. Among the world-famous musicians invited for the performances in the Monte-Carlo Sporting were Ella Fitzgerald, Joséphine Baker, Frank Sinatra, Julio Iglesias, Tina Turner, Lisa Minnelli, Joe Cocker, Whitney Houston, Elton John and Eros Ramazotti, just to name a few.

Even if the era of court splendour and high-society receptions is in the past, Monaco is still a reference in terms of its unique atmosphere and traditional balls. The annual Rose Ball, the Red Cross Ball, the Grand Ball of Princes and Princesses and the Christmas Ball remain great attraction of the Principality.

Since 2005, the Principality has hosted the Christmas Ball celebrating the end of the year. This festive event traditionally invites its guests within the luxurious and magnificent setting of the Salle Empire at Hôtel de Paris.

The very first Christmas Ball was held at the request of a doctor looking to raise charity funds. Since then, this annual Monaco winter Ball has firmly taken root in the Principality. From year to year, the organizers come up with a new theme for the ball.

Now every year, the funds raised through the Sotheby’s auction (at the ball) are donated to the Princess Charlène Foundation charity projects. Over the history of this magnificent event, more than 700,000 euros have already been collected to support a number of charitable associations in Monaco.

The Grand Ball of Princes and Princesses, this exquisite royal event, praising love, was first launched on February 14, 2016. The celebration was skillfully organized by the international entertainment company Noble Monte-Carlo, under the high patronage of Prince Albert II of Monaco. The opera singer, Delia Grace Noble, founder of Noble Monte-Carlo, is famous for her sophisticated aesthetic taste. She is renowned for organizing extravagant shows, unforgettable private parties, unique corporate events and cultural exhibitions around the world.

Monaco balls famously stand out not only for their splendour and sophistication, but also for charity fundraising. The Grand Ball of Princes and Princesses is no exception to that. Its 2019 edition thus held an exclusive charity auction reminiscent of the beloved Princess Grace to raise funds for her Foundation.

Since 2021, the Grand Ball of Princes and Princesses is held in June. Delia Grace Noble also is in charge of the organization and artistic direction of the magical Grand Masked Ball honouring the culture and enchanting traditions of Venice.