The Lemon Festival in Menton is a truly giant festival – in fact a carnival too. The lemon sculptures are awe-inspiring immense works of art worthy of the best international artists. They are to be seen to be believed. Kids will never look at a lemon the same way again. In addition to the sculpture park there is a pageant that has huge international support and takes on a life of its own – each magnificent float is its own musical mini-theatre with dancers and acrobats. The Mediterranean backdrop just adds an extra touch of feel-good air about this joyful parade. 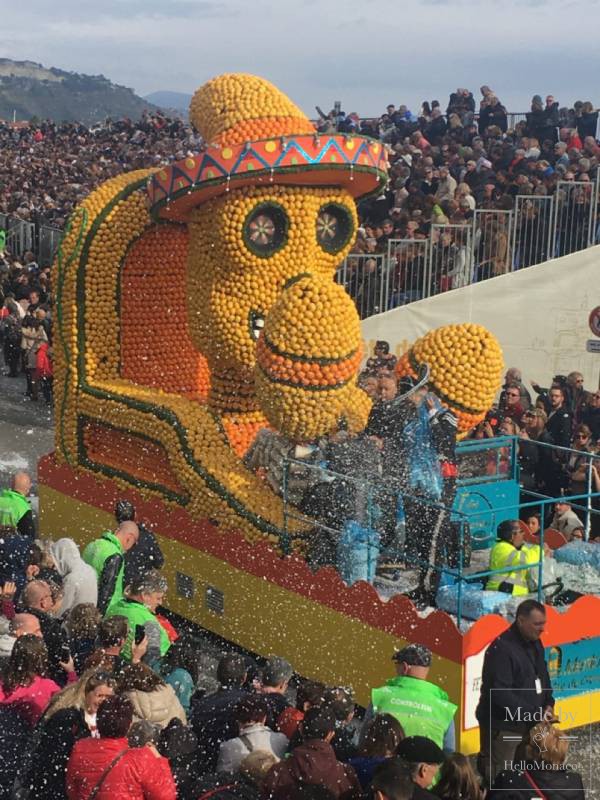 Entertainment and Fun – Day and Night

Whether a first-timer or repeat visitor take advantage of the “evening lights” opportunity to visit the sculptures which really do take on a completely different aura at night. It is a thrilling experience made even the more worthwhile if you have seen these masterpieces during the day. A hint from HelloMonaco, if you have the time don’t decide “either/or” treat yourself to both day and night uplifting experiences. 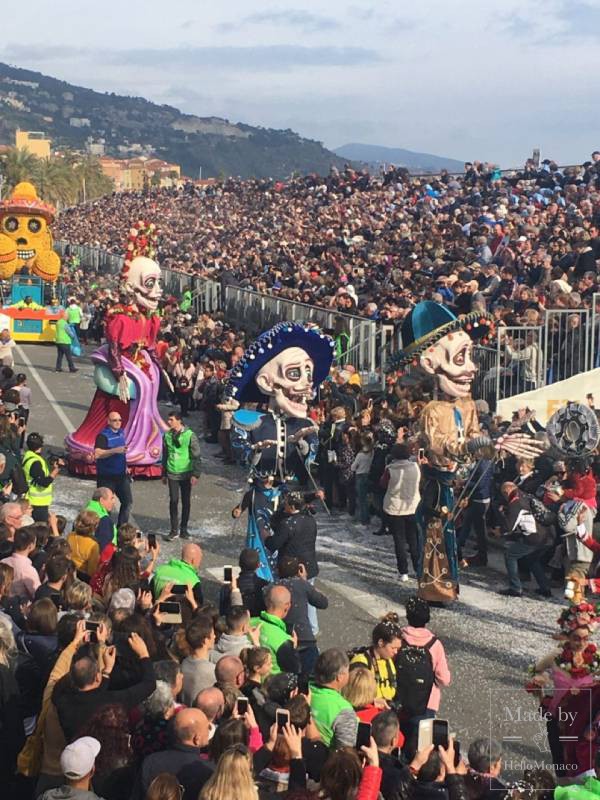 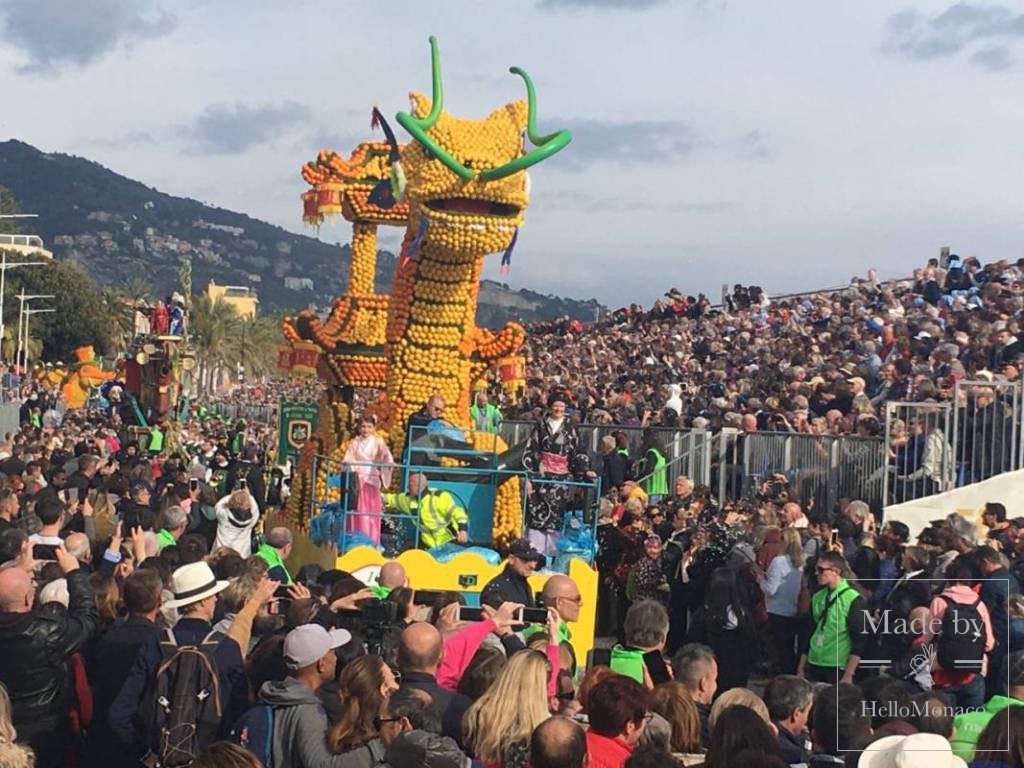 Each year the Festival adopts a different theme for its park-theatre of fruit sculptures. The Bollywood year of India-inspired creations was a sensation and even though the Festival already had an international reputation, it launched it to a yet higher level. From China to the USA, a large number of towns have been inspired by this now-International festival and have adopted their own version of it. Imitation is the best form of flattery. For the 87th year of the festival, the lemon capital will be paying homage to all the cultures and festivals that make the international scene a kaleidoscope of traditions and entertainment.

A Day Around the Globe

So this year in 2020 La Fête du Citron presents its remarkable “Festivals from Around the world”!:

You will be amazed by the giant fruit sculptures paying homage to:

and The Thai Water Festival. 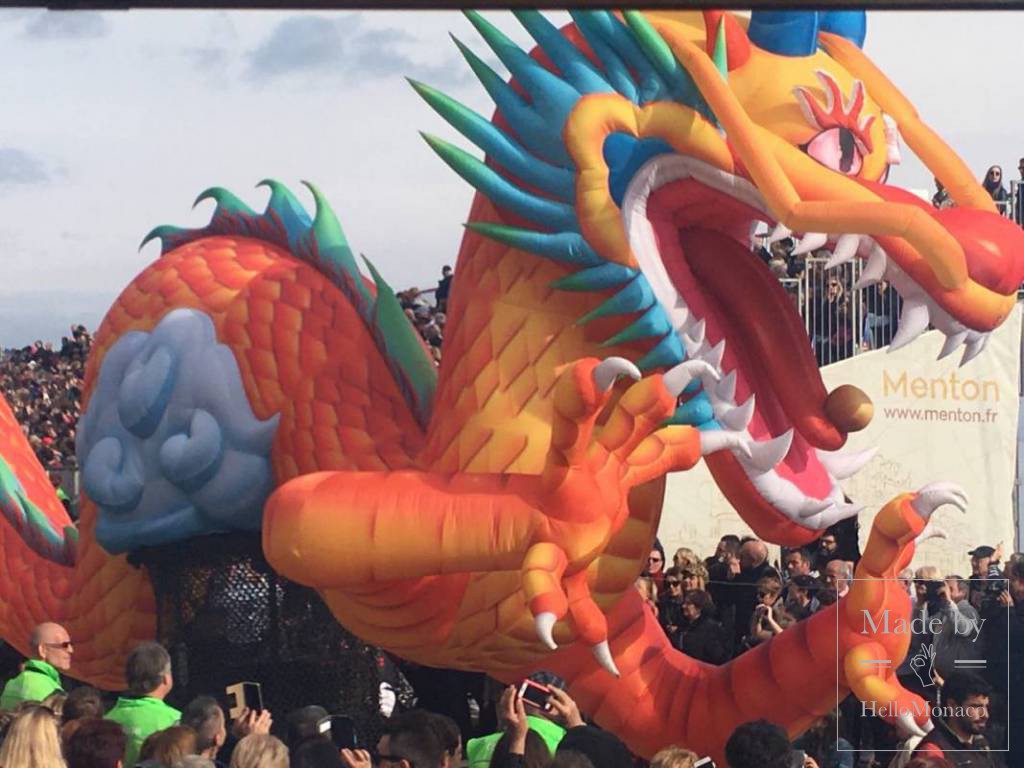 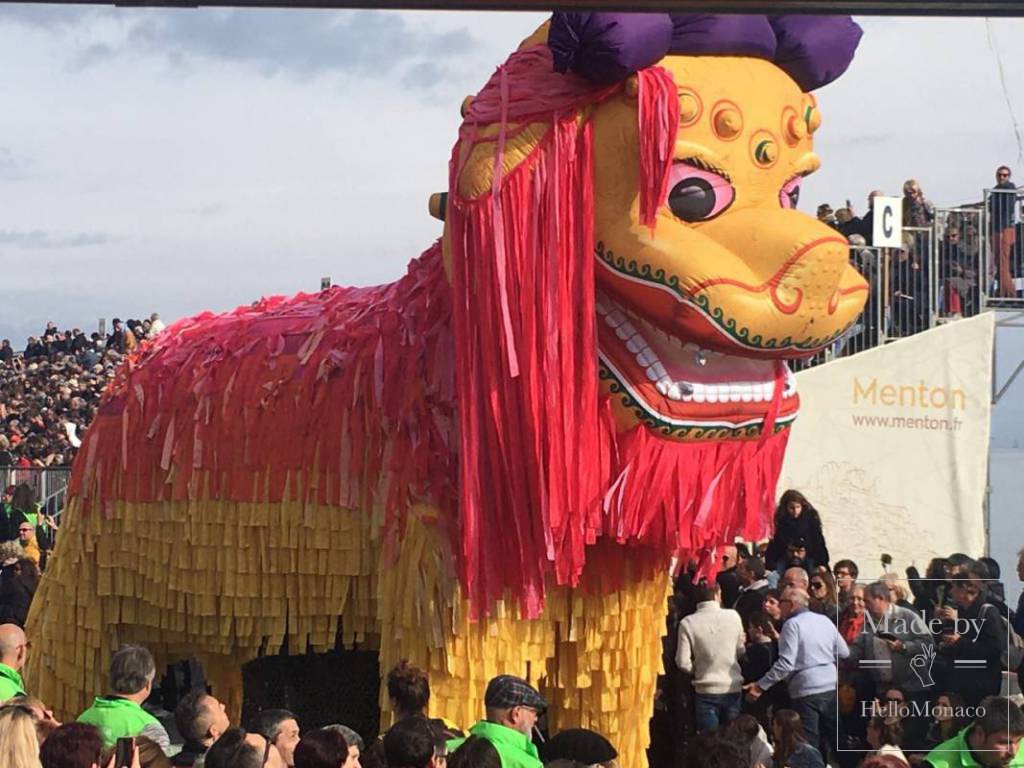 And never to be underestimated, testimonies to great European Festivals:

and a huge sculpture to England’s Notting Hill Carnaval.

China, Japan and Nepal, Argentina and Australia, it’s a spectacular international array on show and competing with Menton for your next world Festival visit. And yes even Rio is on show just to show the heights that Menton has scaled on the global event map.

History of the Lemon Festival

Cultivation of the golden fruit in Menton began in the 15th Century and lemons have been exported around the world from Menton since 1495. Its golden age was between 1740 and 1850. Today the Menton lemon is famed for its unique flavour attributes, appreciated by the greatest chefs.

In 1895, the hoteliers suggested that the municipality hold an original parade (corso) in the festival tradition, striving to liven up the city over the winter. Since 1896, the Menton parade has welcomed wealthy guests, gaining a reputation as a prestigious place to hibernate in comfort. At that time it was fashionable to spend winters in the French Riviera mild climate. Royals and the artistic elite would often choose Menton for a visit or even build their magnificent residences there. 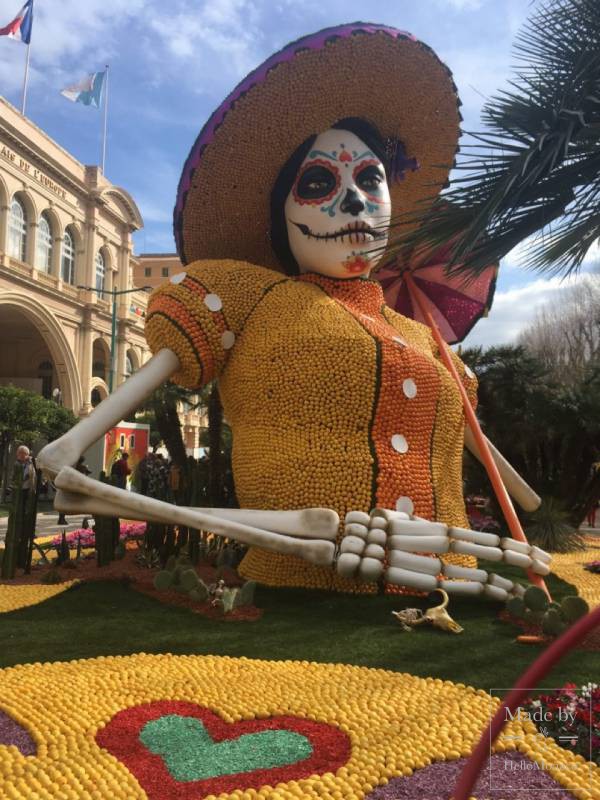 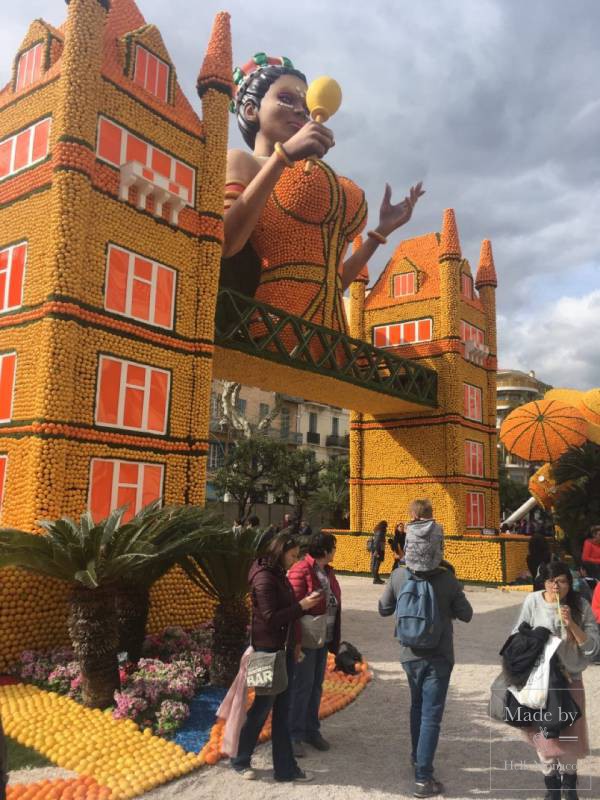 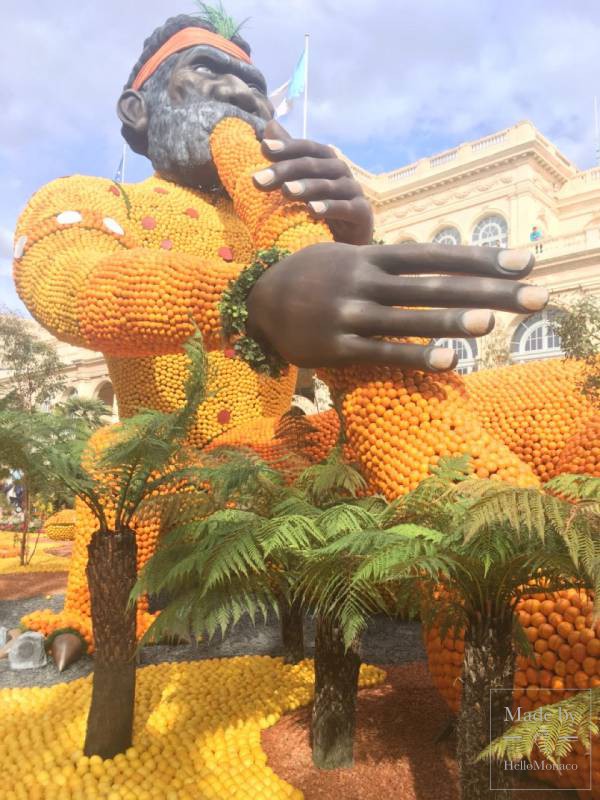 How did the Festival come to bear a citrus name and preserve this unique tradition over the decades? Given the popularity of Nice Carnival, the Menton City Hall was willing to convey a unique local flavour to their own festival so that it could attract a number of tourists. In the meantime, Menton happened to be the largest lemon producer in Europe. In 1934, the Lemon Festival (Fête du Citron®) was officially registered as a carnival celebrating a citrus fruit. Local hotel owners also came up with an innovative idea of organizing a citrus and flower exhibition in the Hôtel Menton Riviera gardens. At that time, François Ferrié was in charge of citrus sculpture design and flower bed decoration. This is when the delightful giant sculptures were created, taking more than 140 tons of lemons and oranges every year. 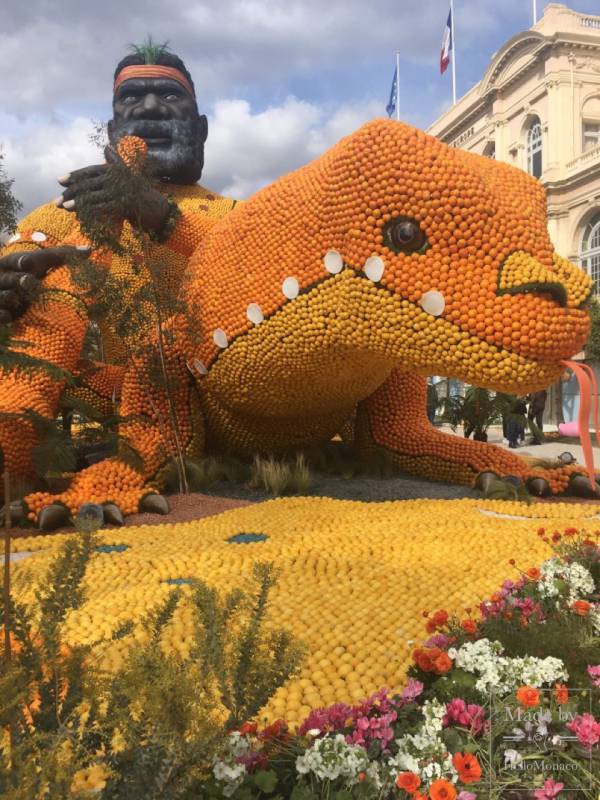 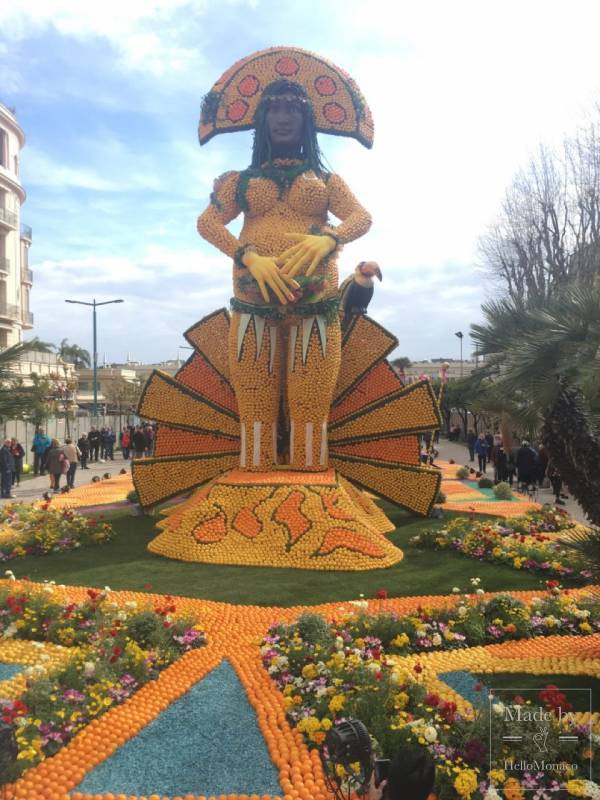 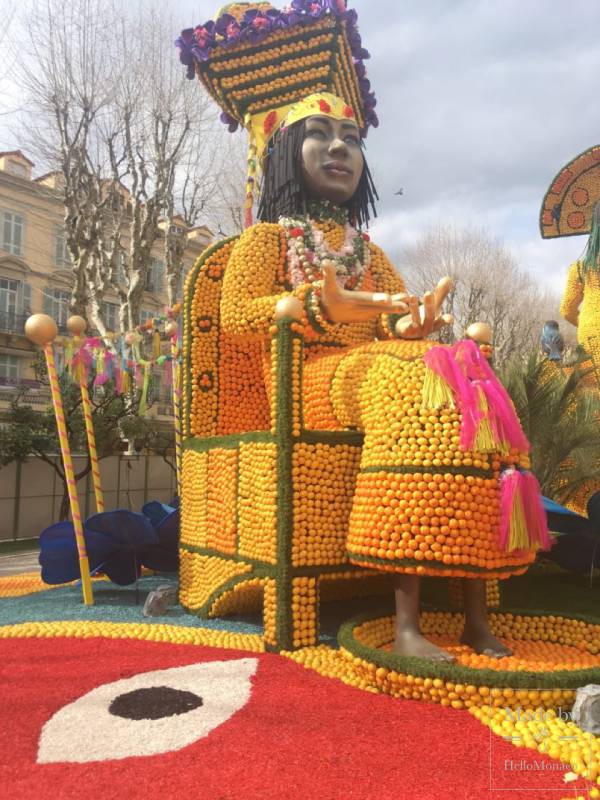 The unprecedented success of this exhibition encouraged the opening of a citrus parade which to this day remains the centerpiece of the carnival. Carts filled with flowers, oranges and lemons, true works of art, move through the streets, filling the air with a wonderful invigorating aroma. Actors, acrobats, jugglers, musicians and dancers create a great atmosphere. The sounds of fanfares and drums make the people rejoice and a rain of confetti pours down. 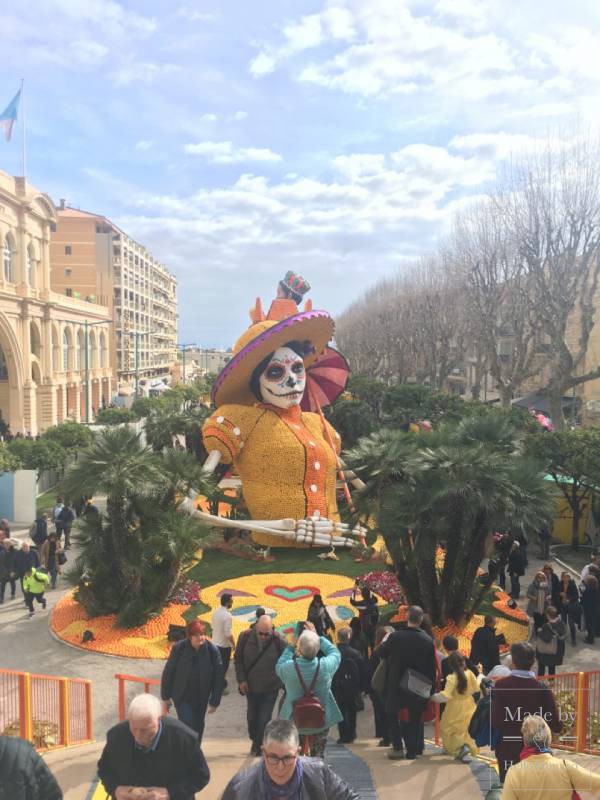 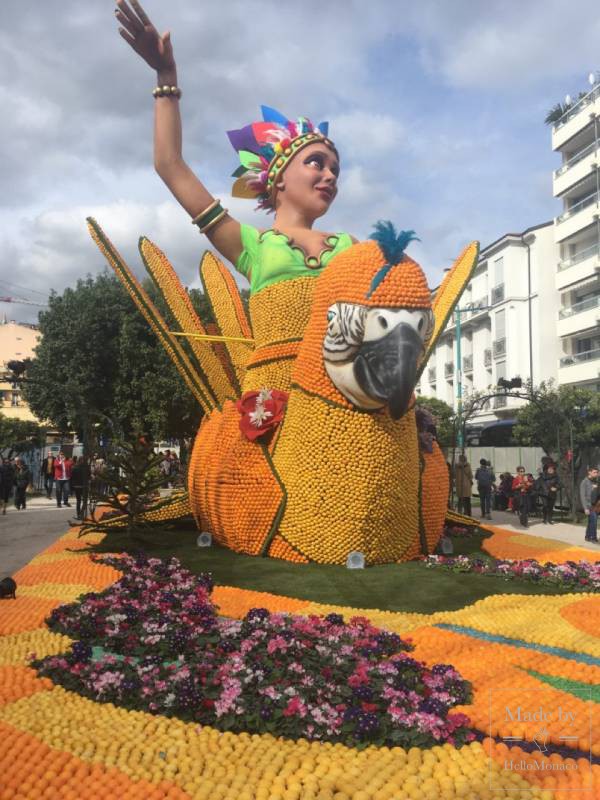 This «ode» to the lemon attracts visitors from all over the world, they drive thousands of kilometres to witness such a spectacle. More than 240.000 people now attend this event annually. The «Citrus Disneyland» in Menton awakens the child within you while it takes your own kids on a journey through the universe of these unique creations. 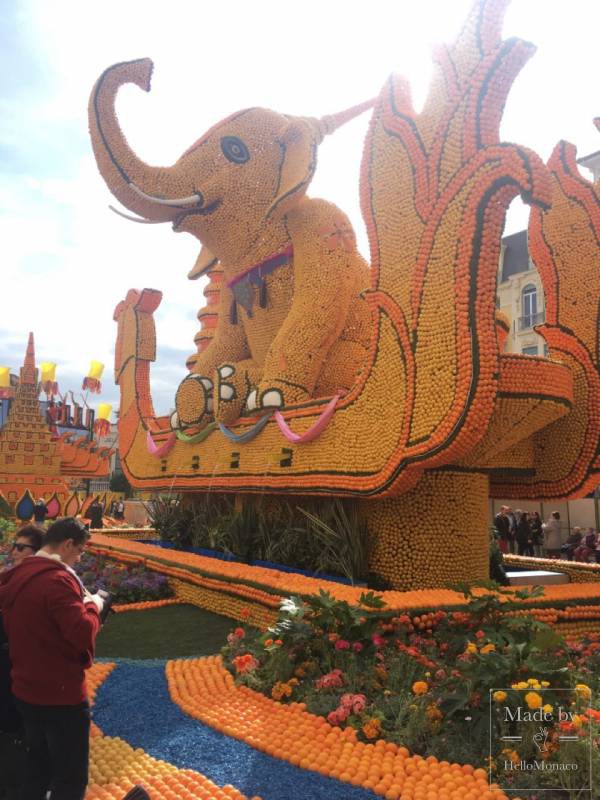 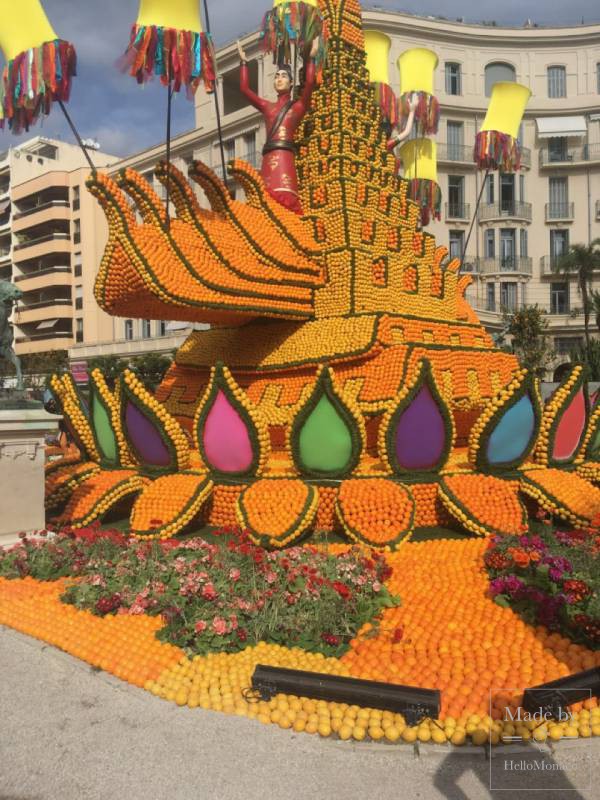 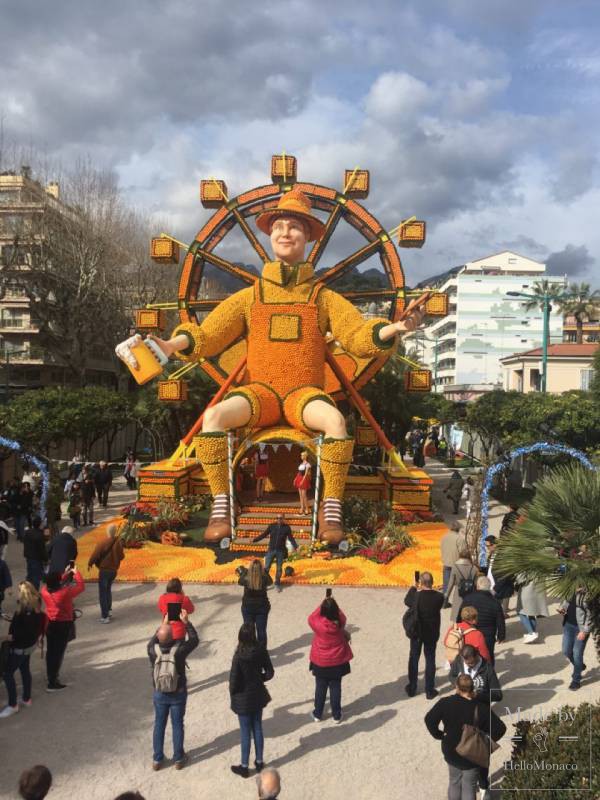 The atmosphere will be festive, the colours sparkling and the parades lively. Step into a spectacular vitamin C-filled universe that is one of a kind. The greatest handmade exhibits, the most musical performances and dances, the most delicious organic citrus, and yet even more exciting things are offered to all the visitors of the “lemon party”. What else do we need to be happy on the French Riviera? 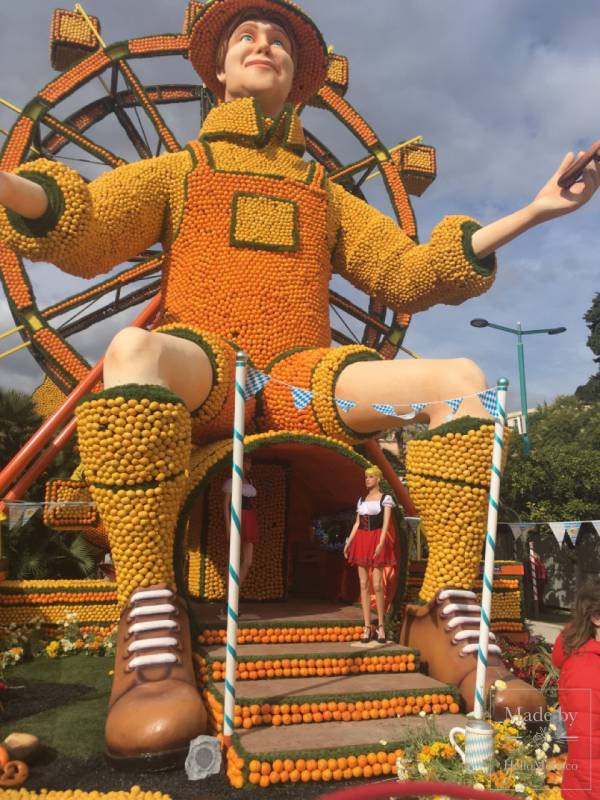 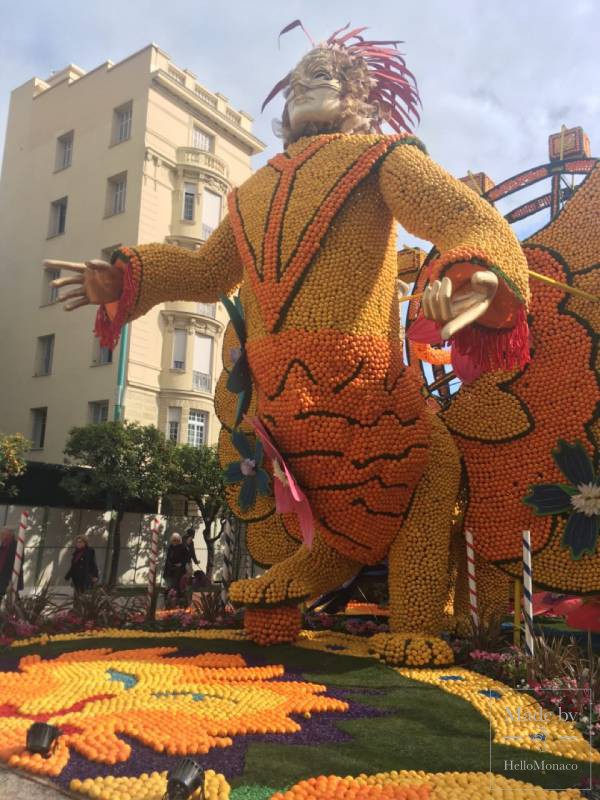 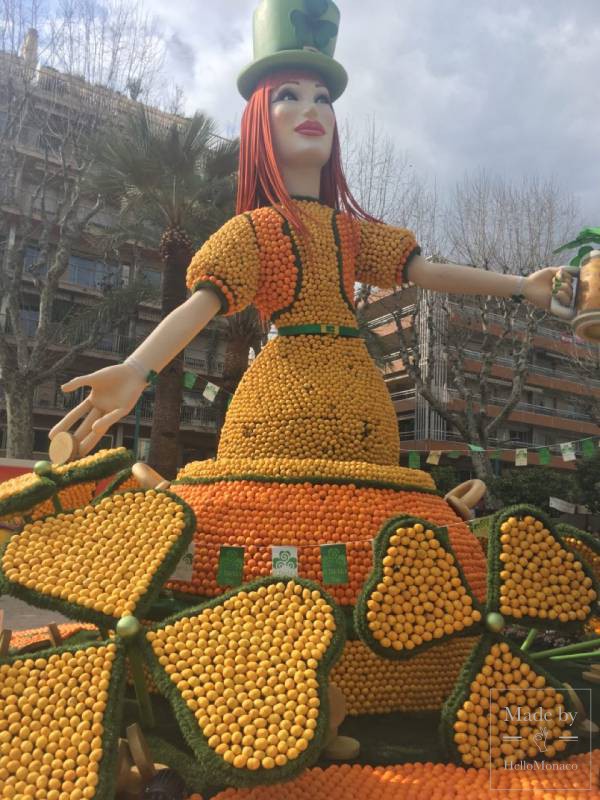 Special Festivities are held on the following days: 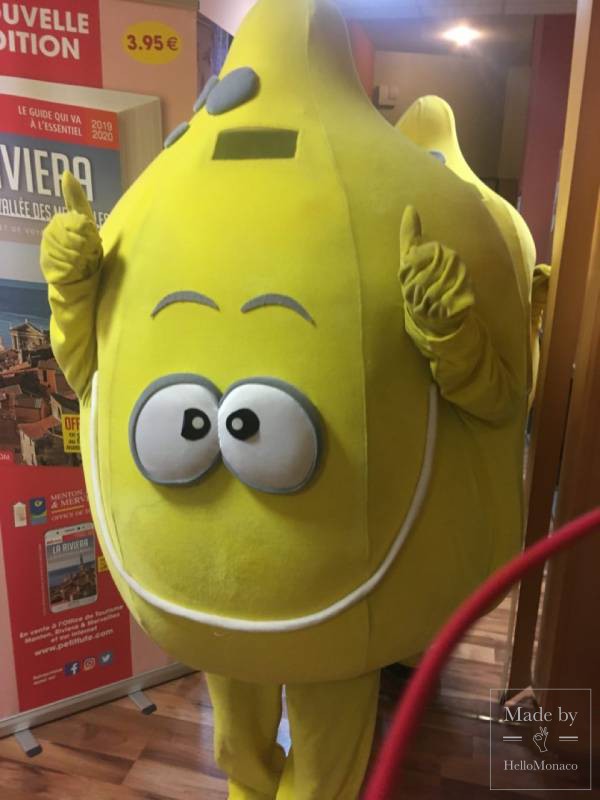