Last weekend was quite surprising not only for the guests of the event, but also for the residents of the Principality. On June 23 – 24, Monaco’s Palace Square was transformed into an exciting miniature village. Every detail in the surrounding scenery had historical significance as if you were travelling back in time.

Just imagine small wooden chalets, haystacks, people dressed in colourful traditional costumes and fun games that have long been forgotten. There were even some sheep. All this, against an elegant background of the age-old Princely palace. The combination was delightful, to be sure. 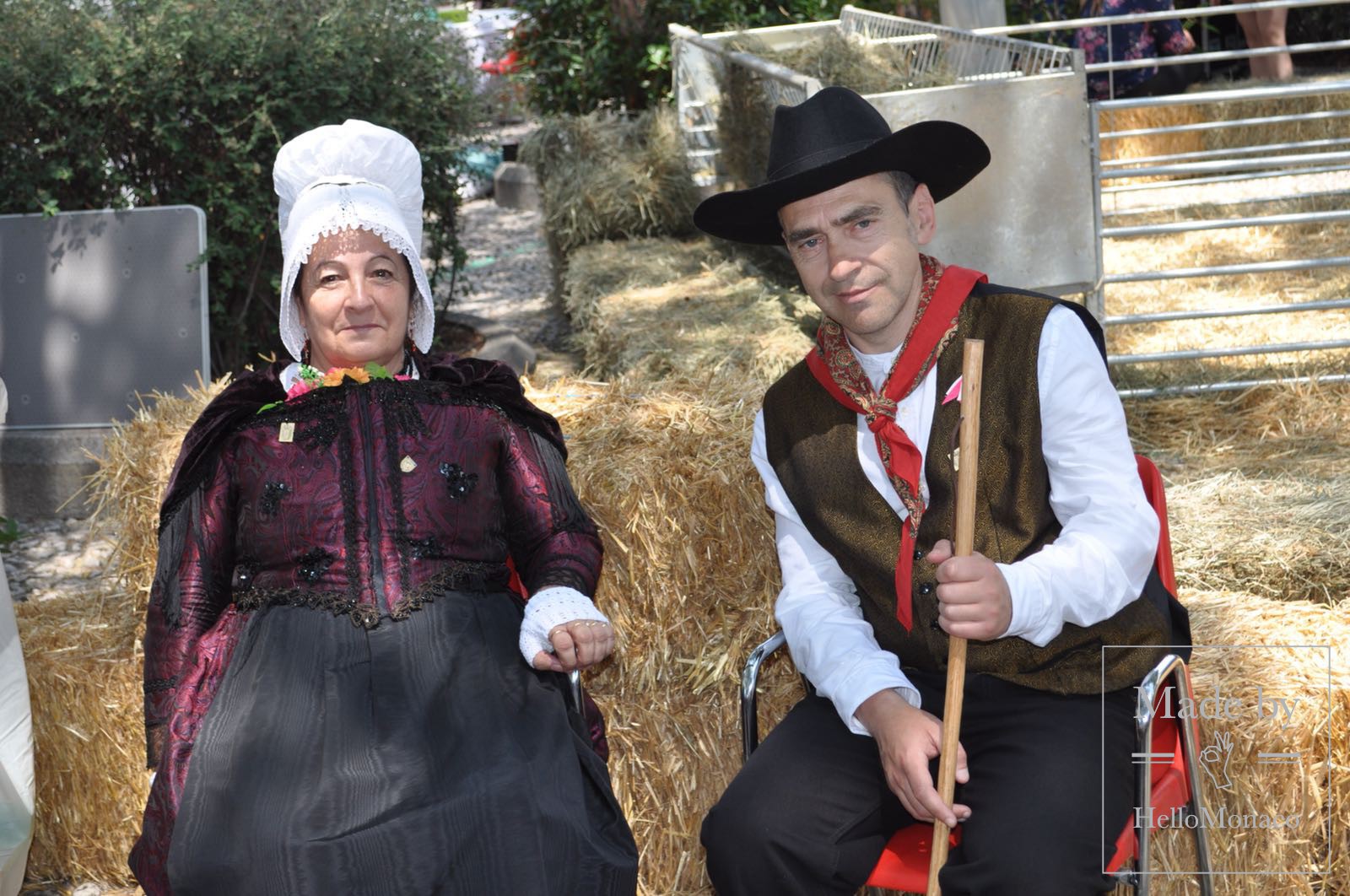 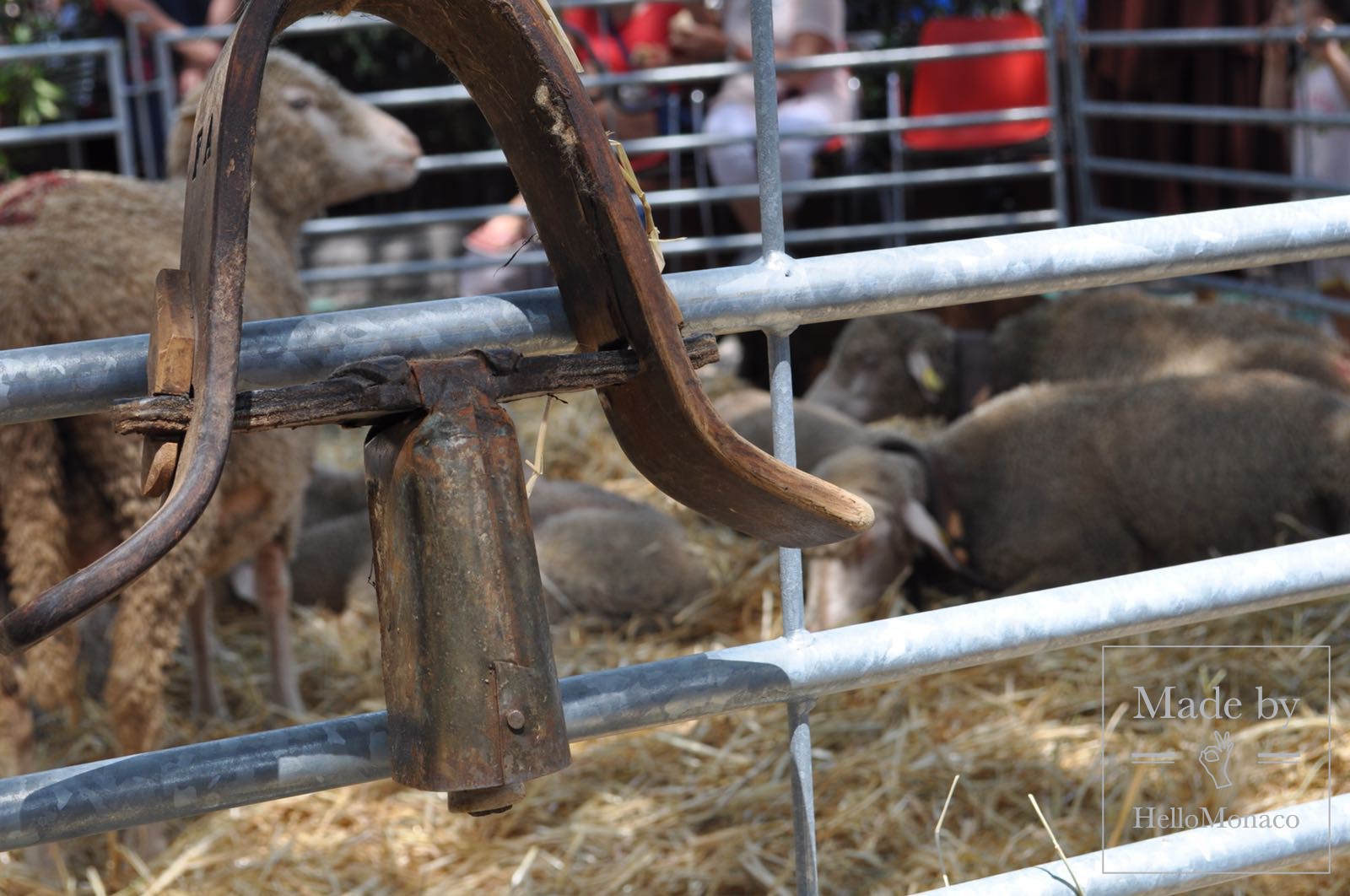 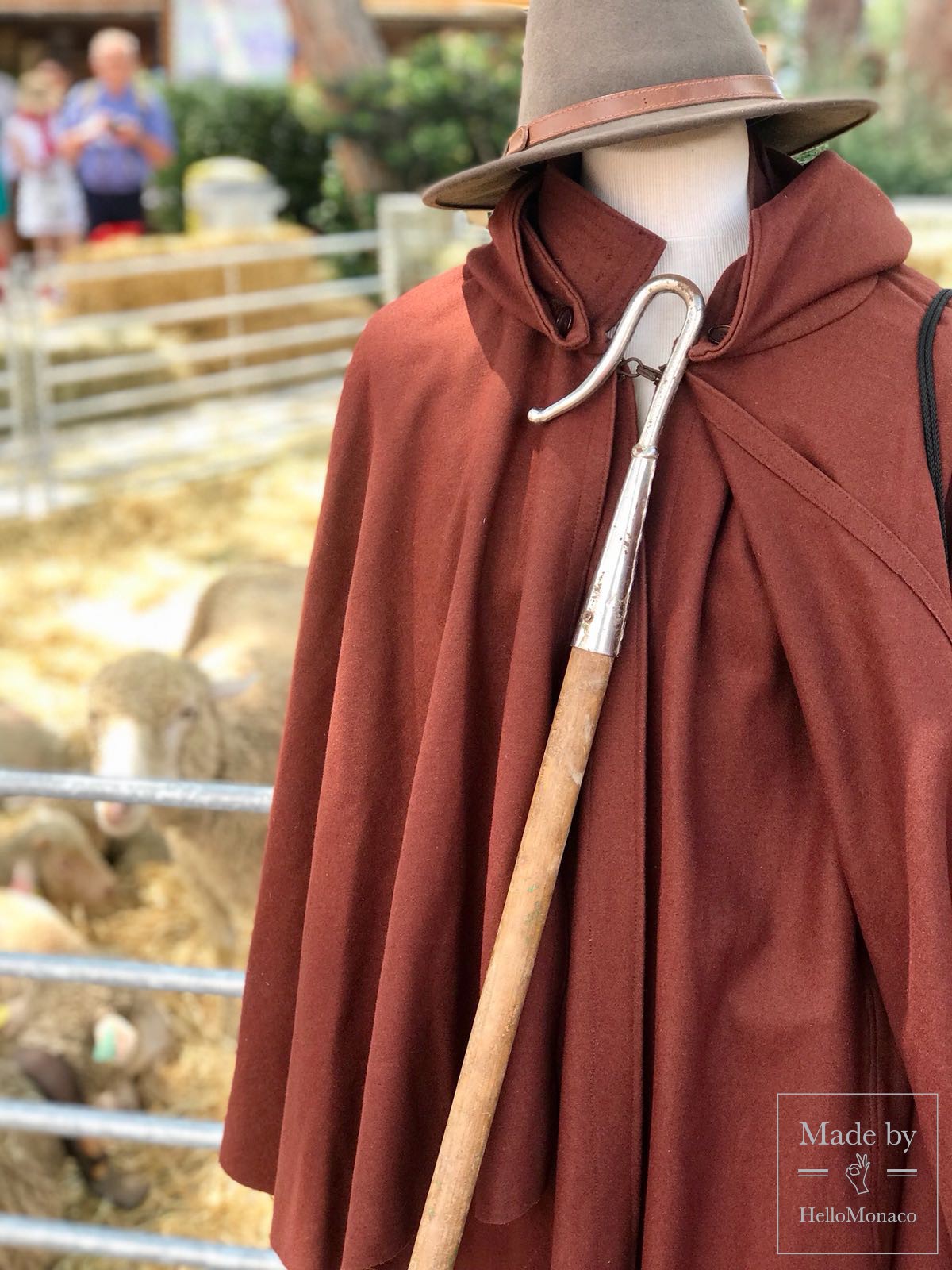 The first meeting of “Grimaldi Historical Sites” (Rencontre des Sites Historiques Grimaldi de Monaco) was indeed a revelation to us all. This was the first event featuring French and Italian cities that are part of the historical heritage of the ruling Grimaldi family. Interestingly, it was held in honour of Crown Prince Jacques who bears the title of Marquis de Baux and Princess Gabriella, Countess of Carlades. The county of Carlades, the Margrave of Baux and Menton were thus part of this celebration. The Prince of Monaco Albert II together with his wife Princess Charlene and their children, obviously had a special role and wanted to participate in such an exciting event! 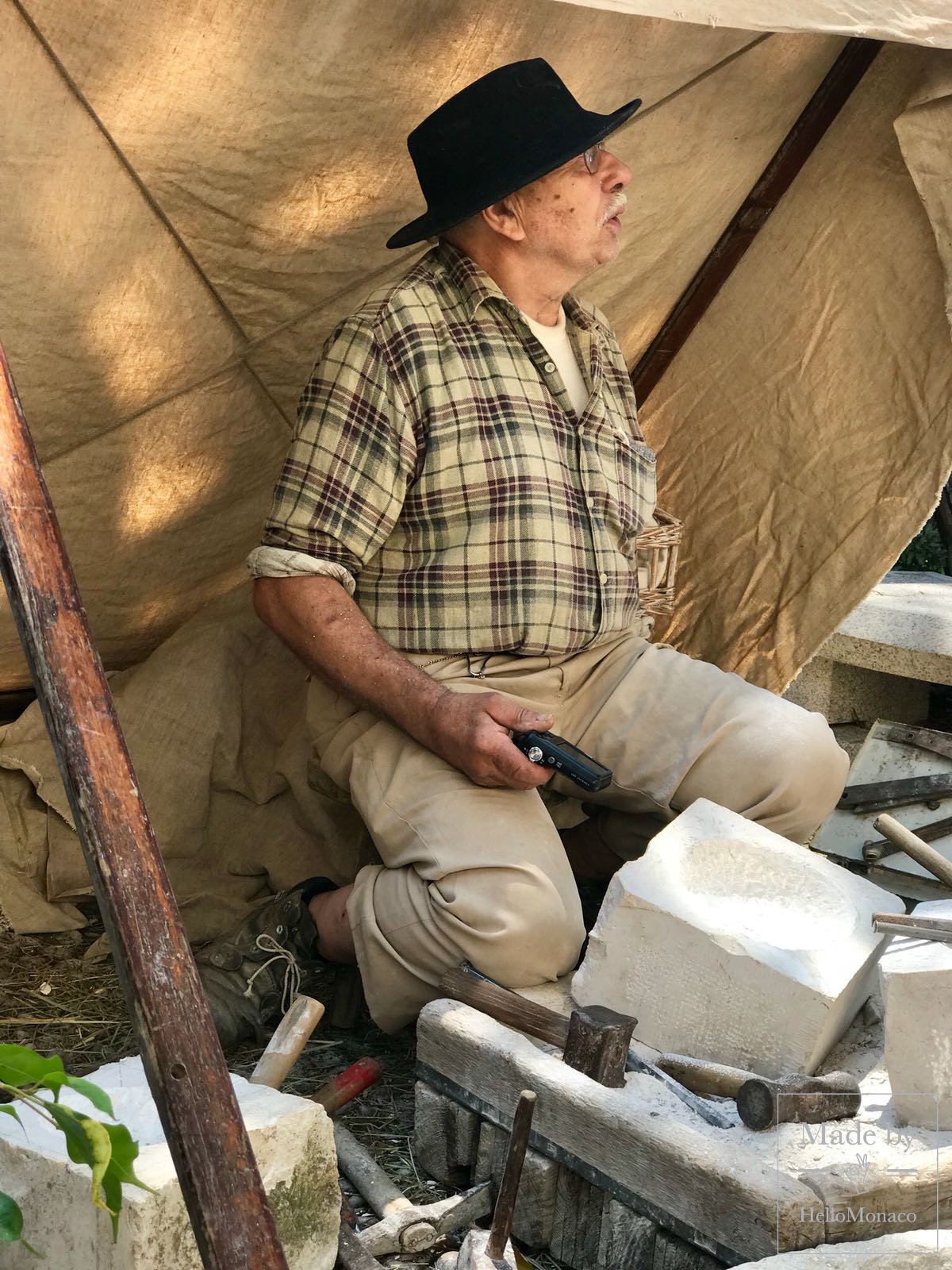 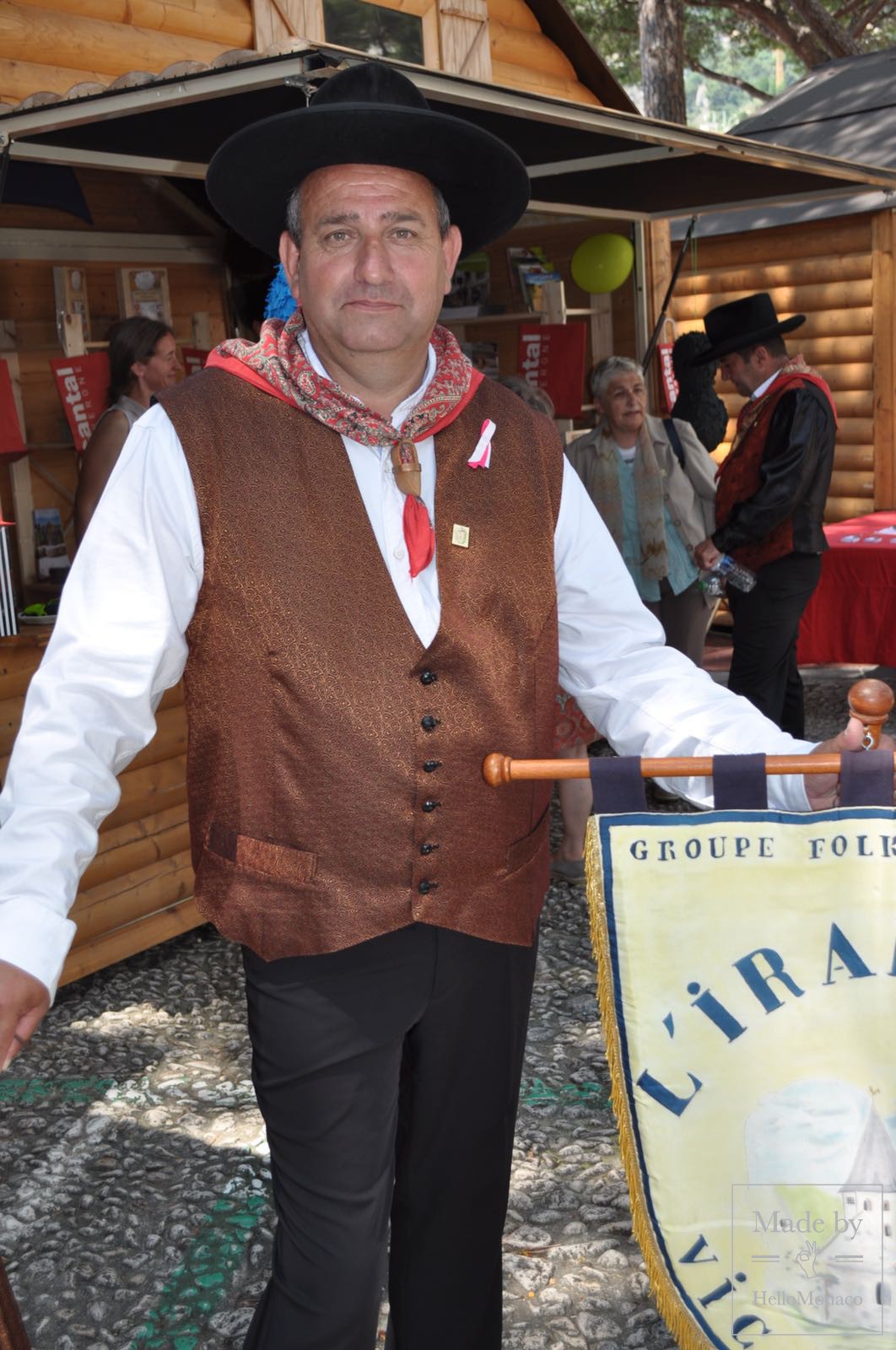 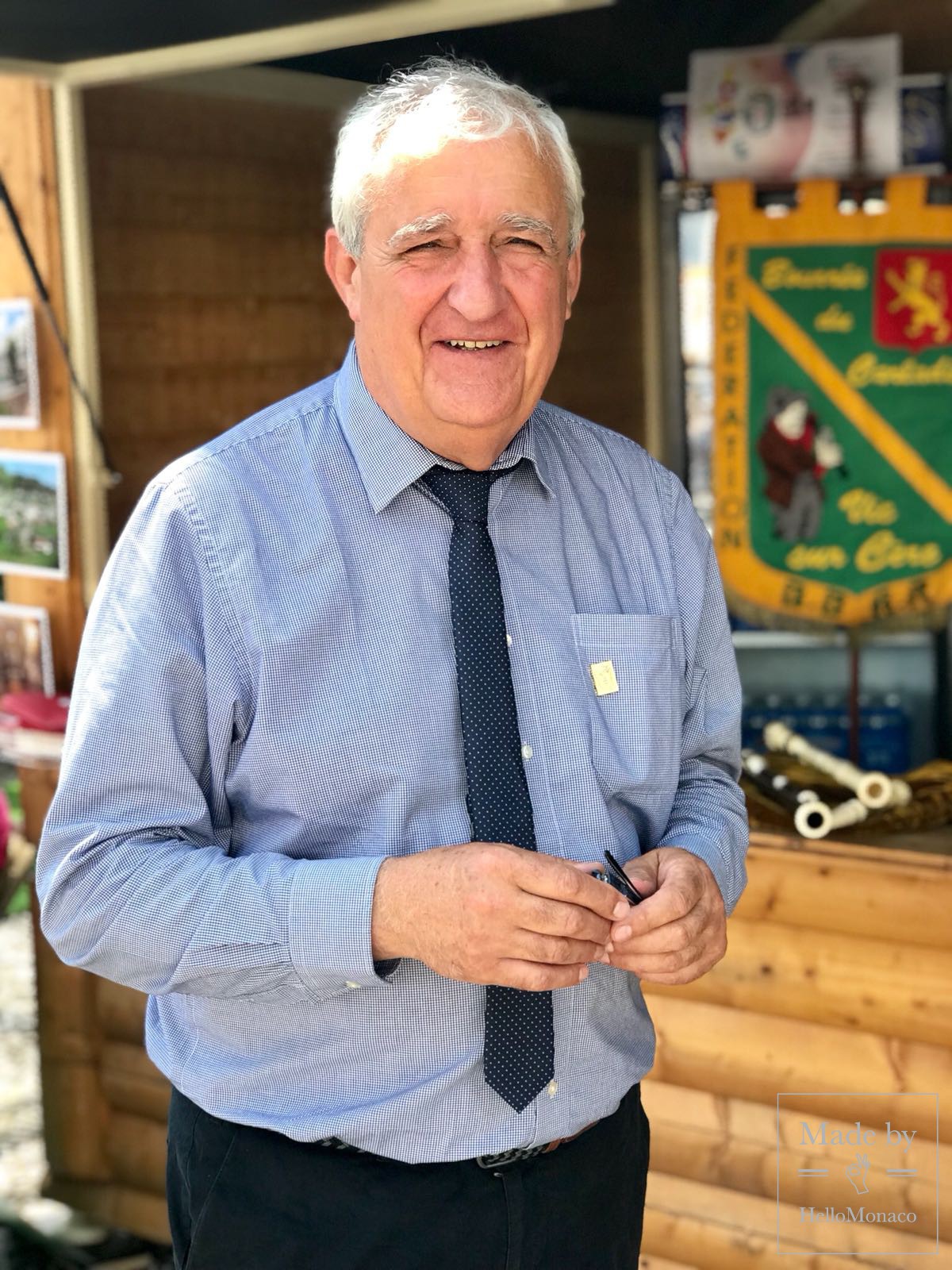 A small chalet representing the city of Menton displayed its finest products made from locally grown lemons. What did the Grimaldis have so special in common with Menton in the past that continues to this day? Monaco’s close neighbour boasts some incredible landscapes so it was natural that the Palace of Carnoles in Menton used to be the Grimaldi’s summer residence. That is the answer. Menton also thrilled the guests with its folklore including singing and dancing performed by the colourfully dressed local bands. 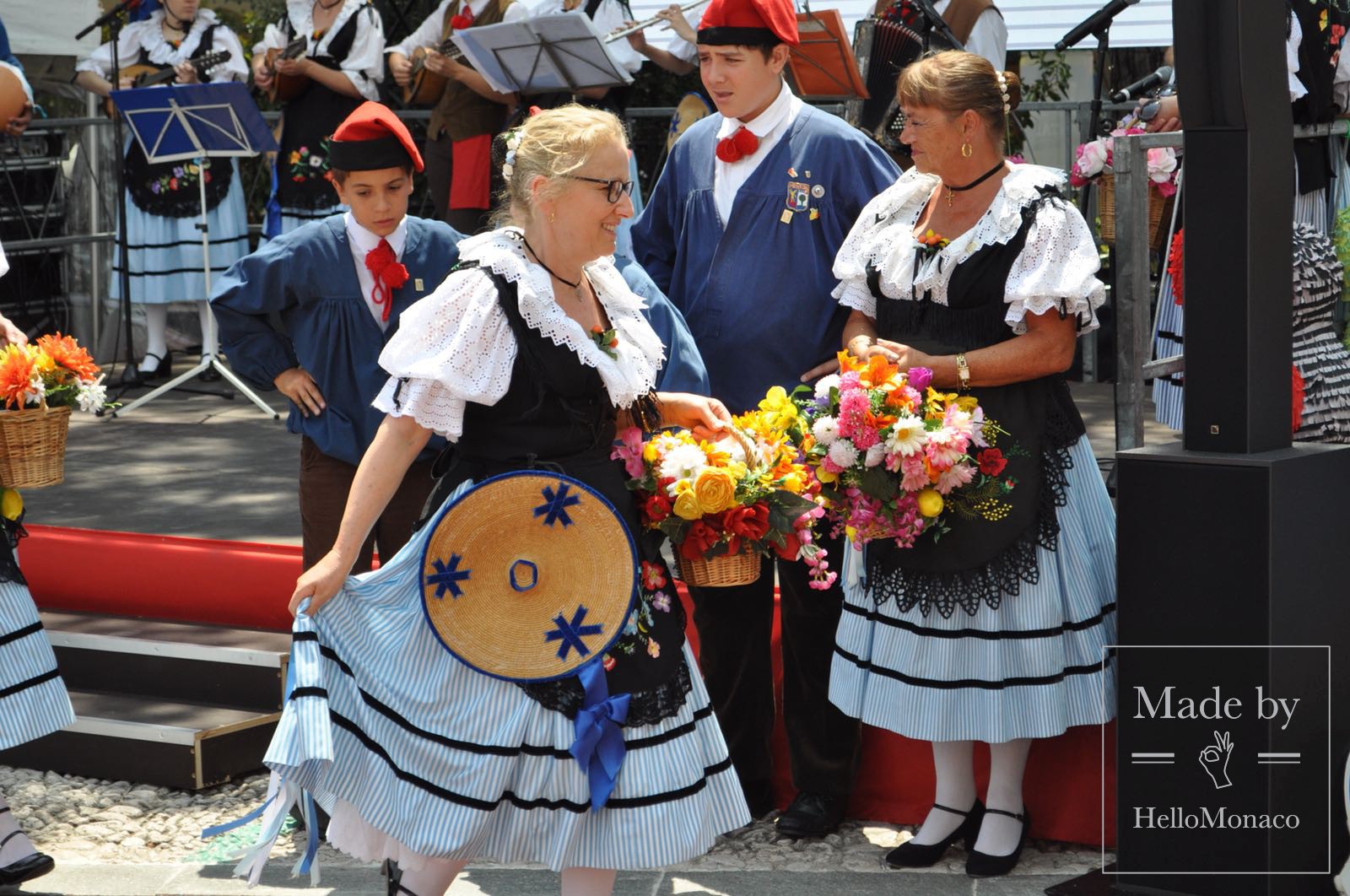 The village guests were also fascinated by an original game going back to antiquity. It consisted of knocking down as many large tins as possible by throwing sand bags at them. That got young and old equally entertained. This old game of “Chamboule tout” means “Turn everything upside down”. In addition to games, the guests got to taste some genuine “Comte” farm cheese well loved by the French. 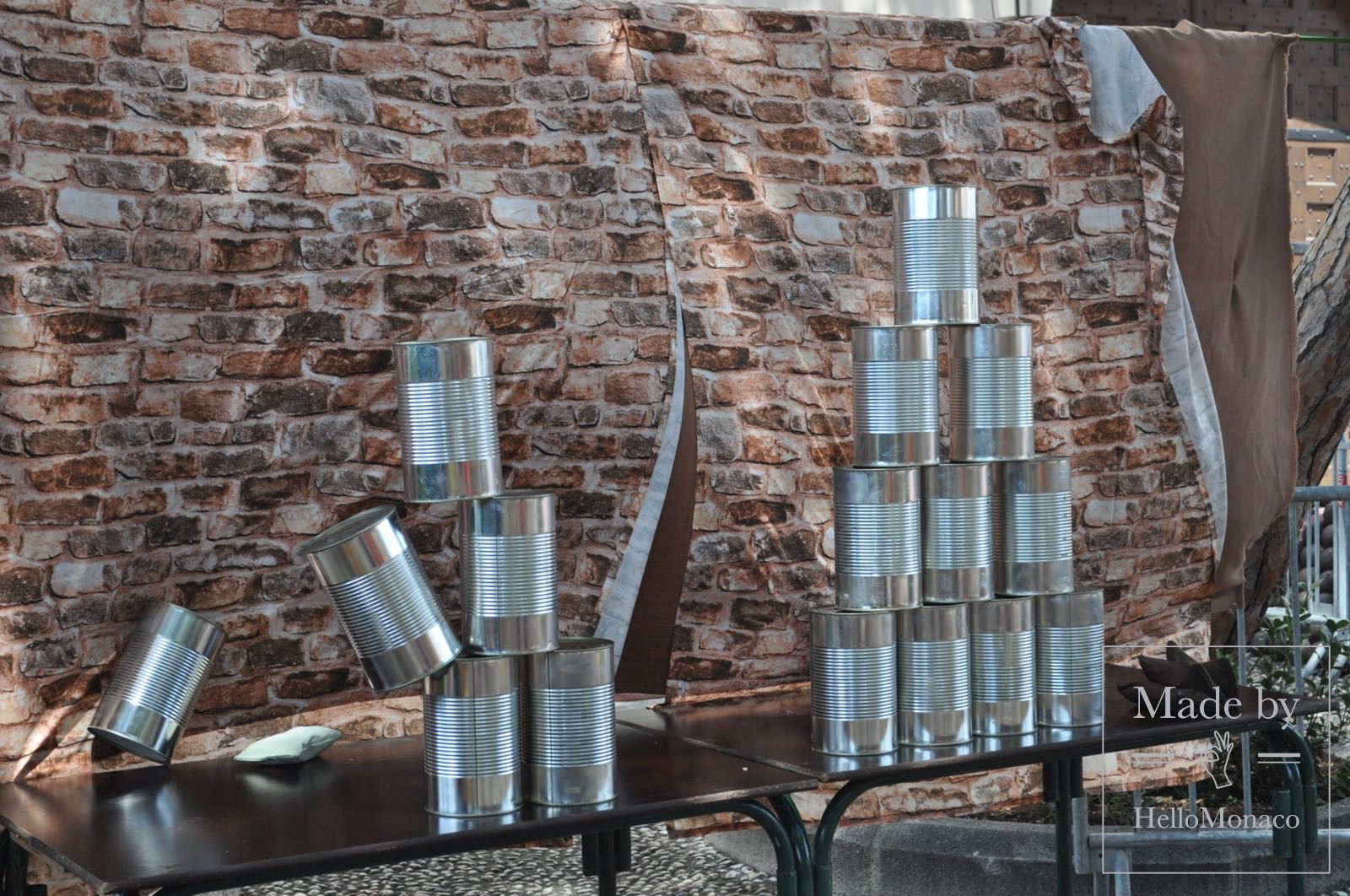 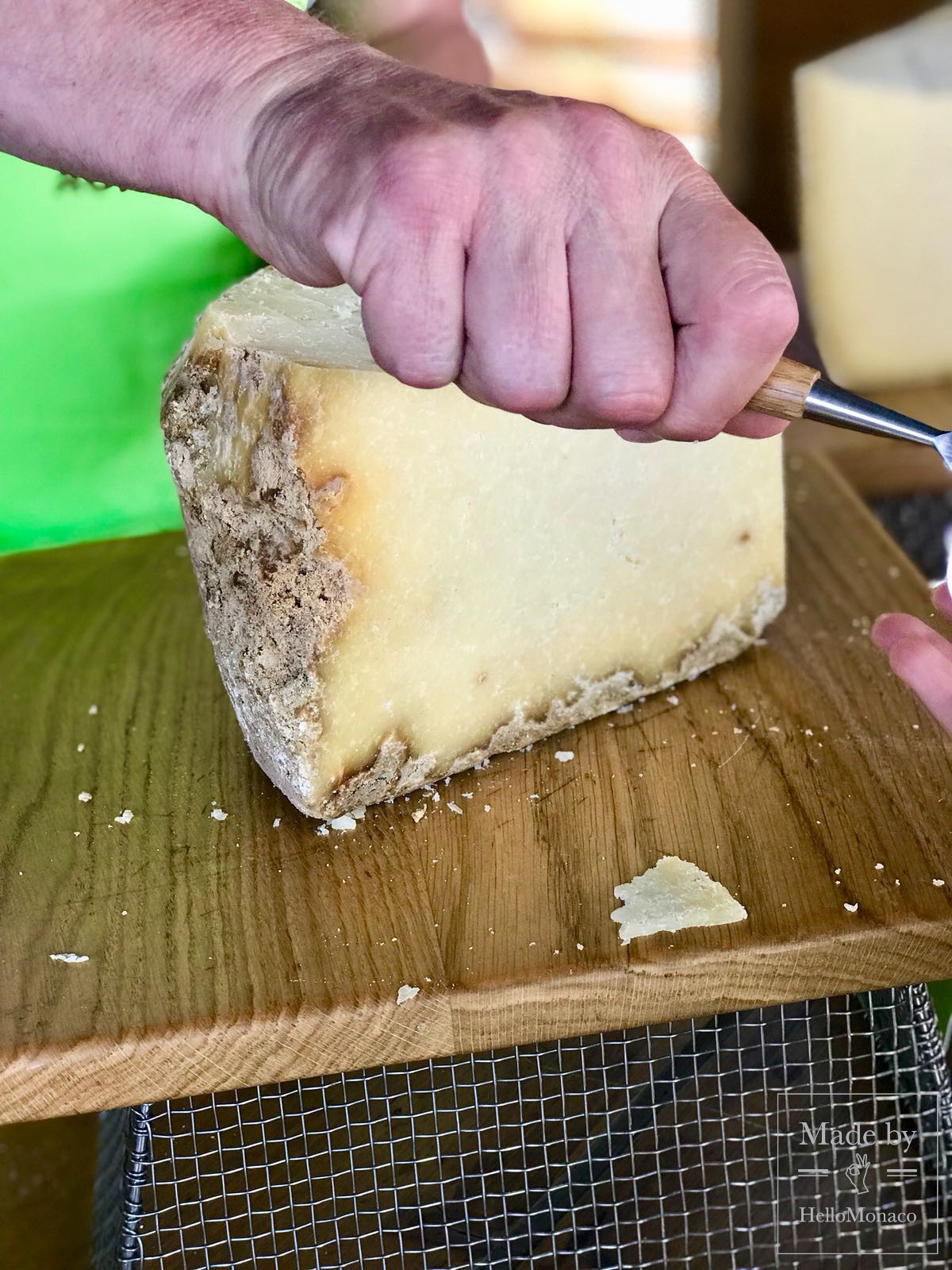 Traditional Monegasque attire is hard to describe if you have not studied the history of the Principality in detail. It is very impressive in its brightness. Lush skirts, white shirts and embroidered aprons, topped by original bonnets and headdress – these were all an intriguing and attractive sight. You just couldn’t take your eyes off this finery and the colourful accompanying performance by the Monegasque troupe. 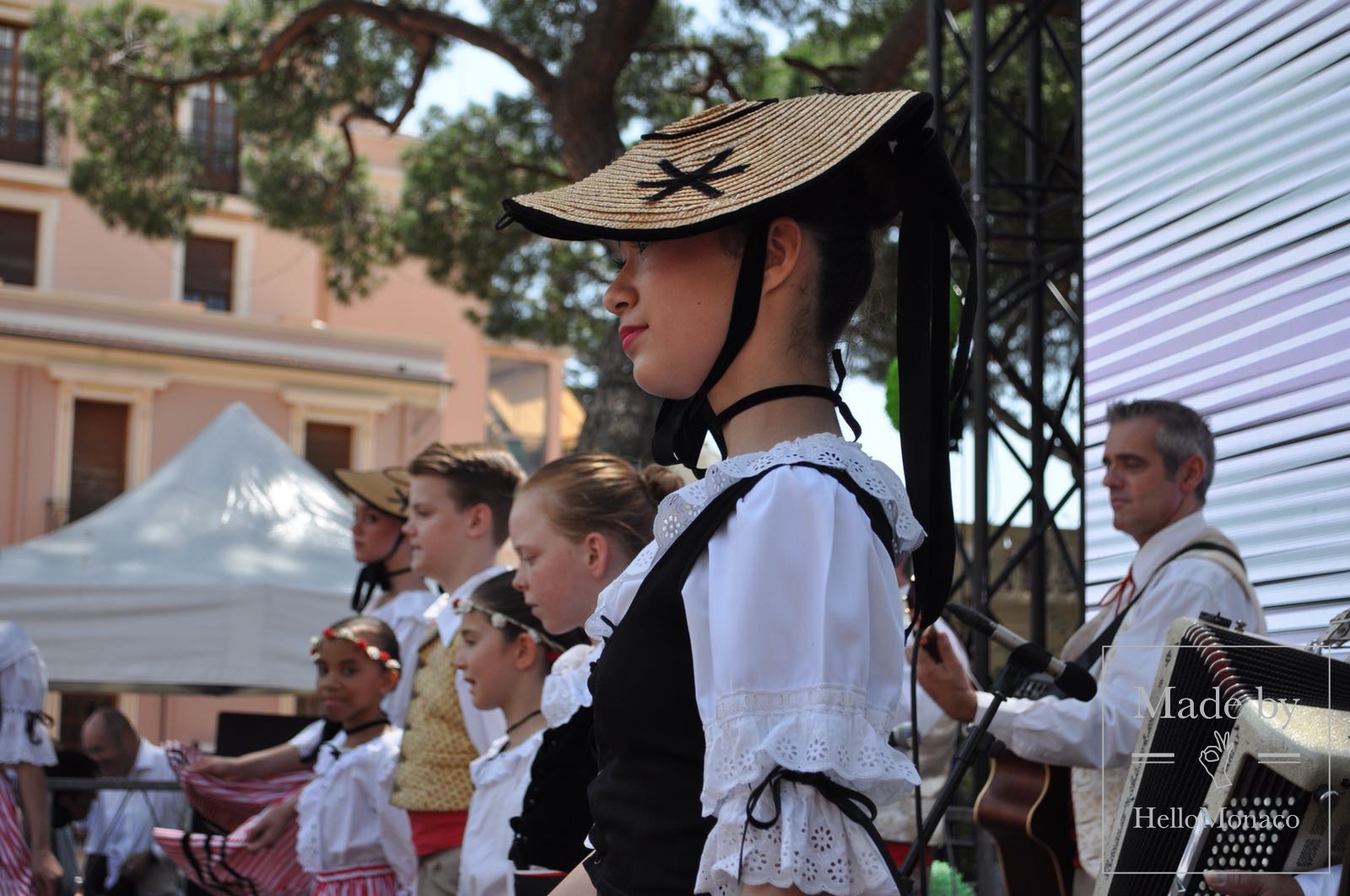 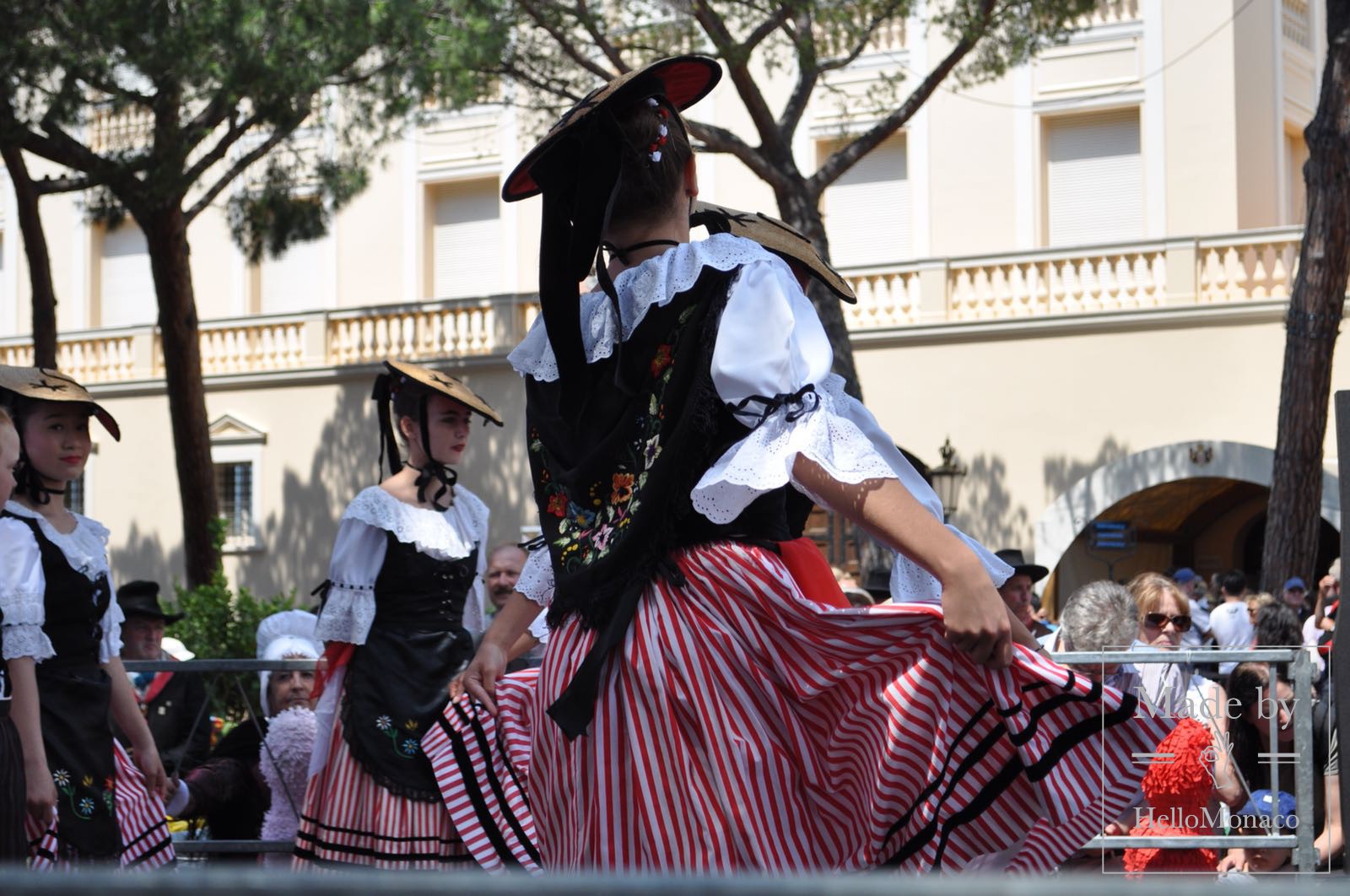 The medieval village also hosted an enclosure where a family of sheep were resting peacefully. Some of the sheep were particularly friendly, poking their heads out of the enclosure to greet their guests. The little kids were absolutely ecstatic! 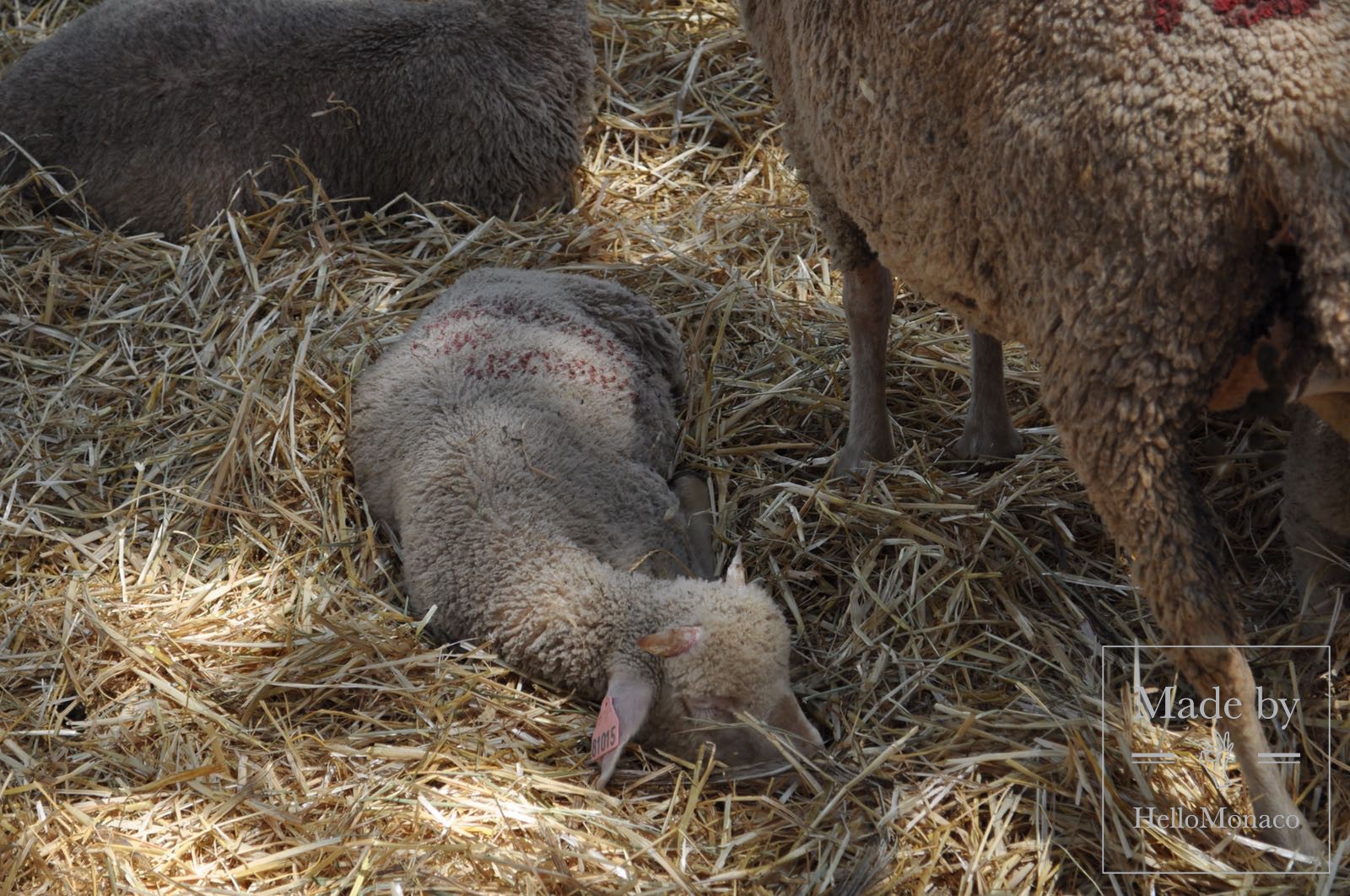 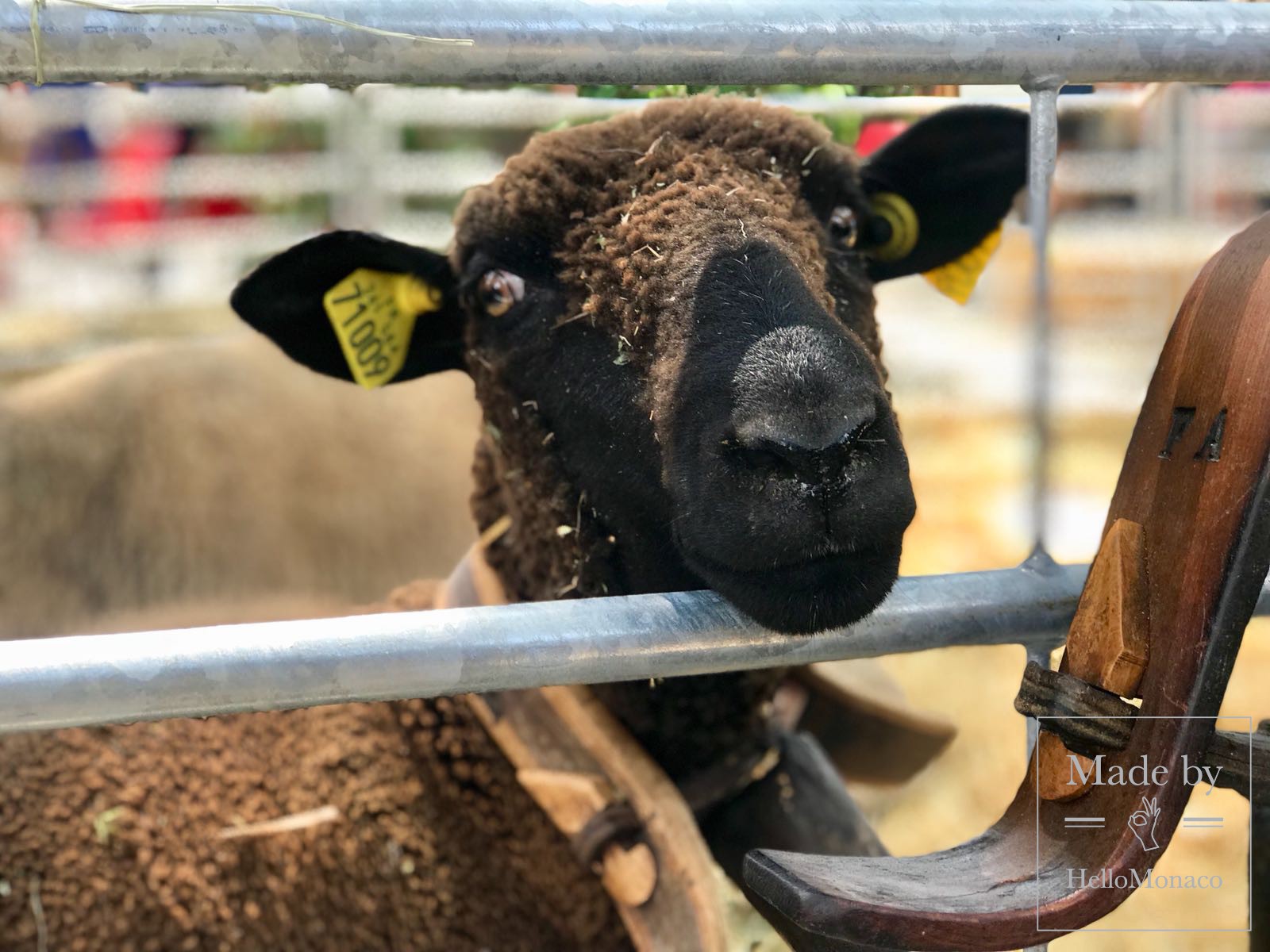 The event also had a high-tech dimension to it. A podium was installed guiding you through a 360-degree virtual visit to Carlat Castle, once located on the Aveyron slopes – all done with a help of special high tech “glasses” (a type of special mask). This fortress was razed to the ground in the early 17th century and has been largely reconstructed today in the Aveyron, with the consent of Prince Albert II. This used to be another part of the Grimaldi estates. HelloMonaco got to test these new technologies which turn your history studies into a true adventure. 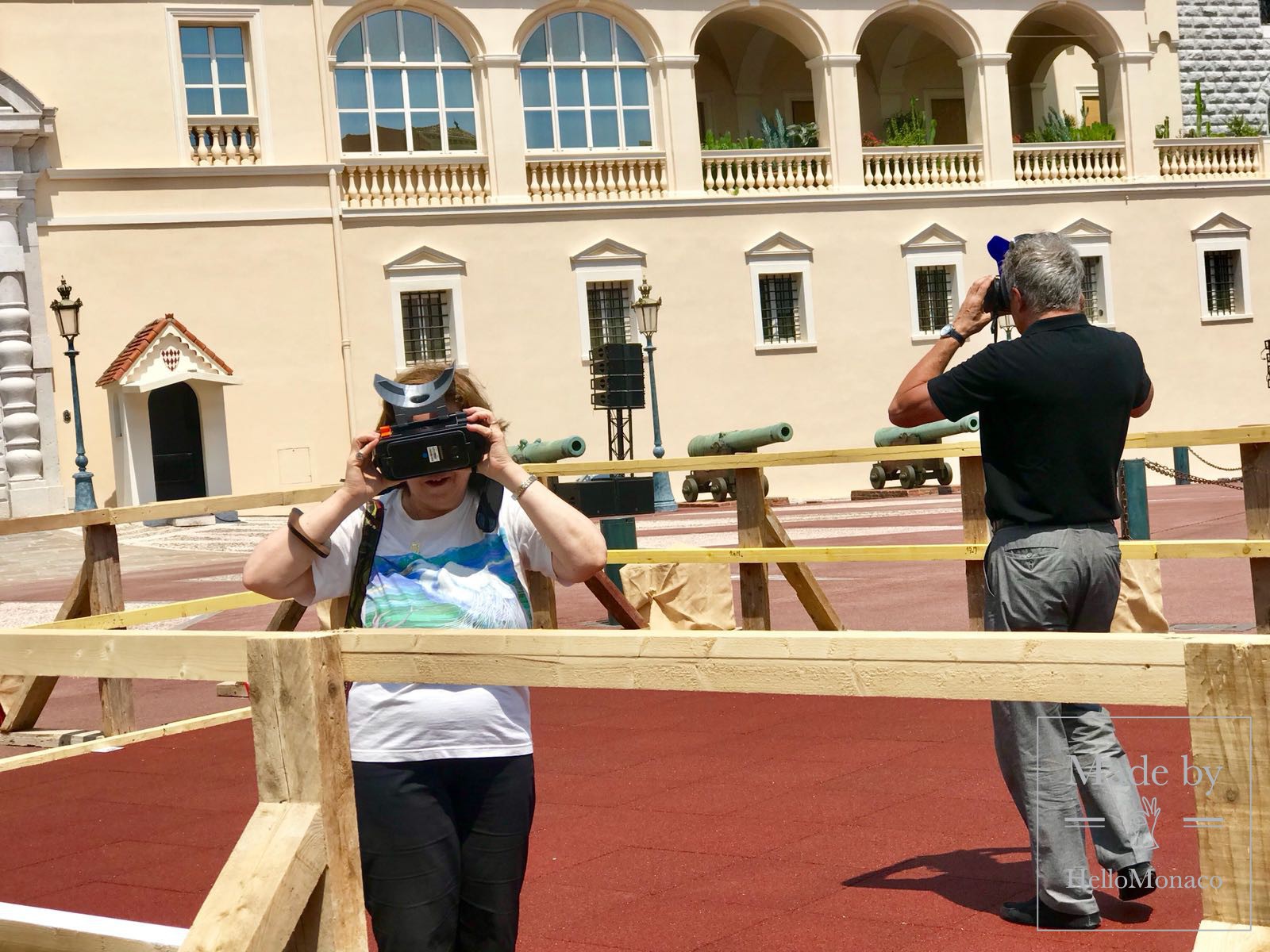 The virtual glasses – which are a type of mask that you put on to visualize the 360 degree imagery – plunged us into a totally different world. Gone was the Princely palace with its usual scenery, replaced by endless fields, hills and the castle’s inner courtyard. Scanning around, using the special controls with the mask, transported you from one part of the fortress to the other. The most fascinating and frightening moment was arriving at the highest point of the fortress wall – that was definitely the most dizzying experience of the day.

Each city was special in its own way, and all the participants from each of the cities had a cultural heritage to be especially proud of.

The highlight on Saturday evening was a light show – zoomed onto the façade of the Princely Palace by dozens of projectors. The Grimaldi’s history was thus portrayed in the most innovative and revealing way. 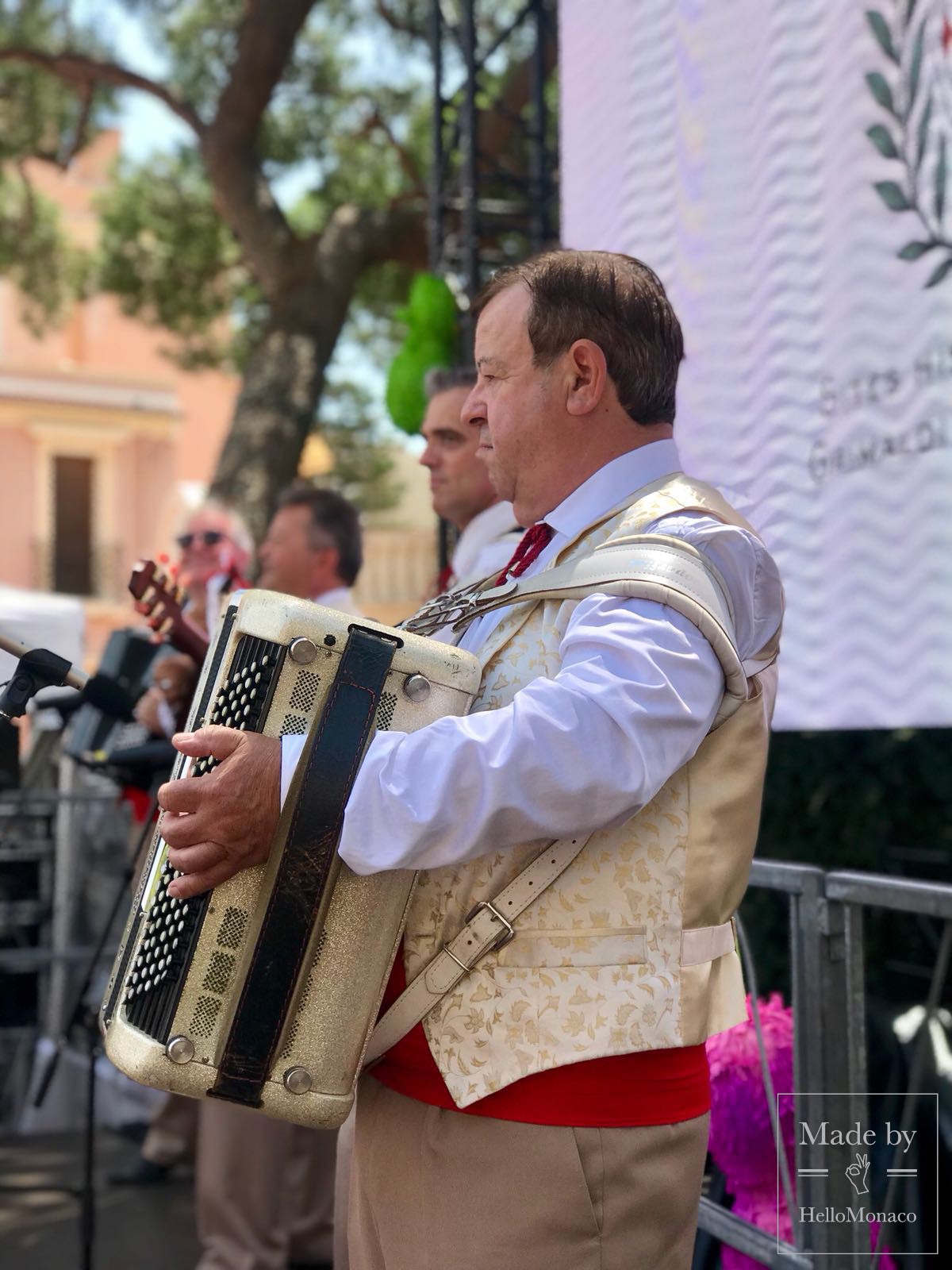 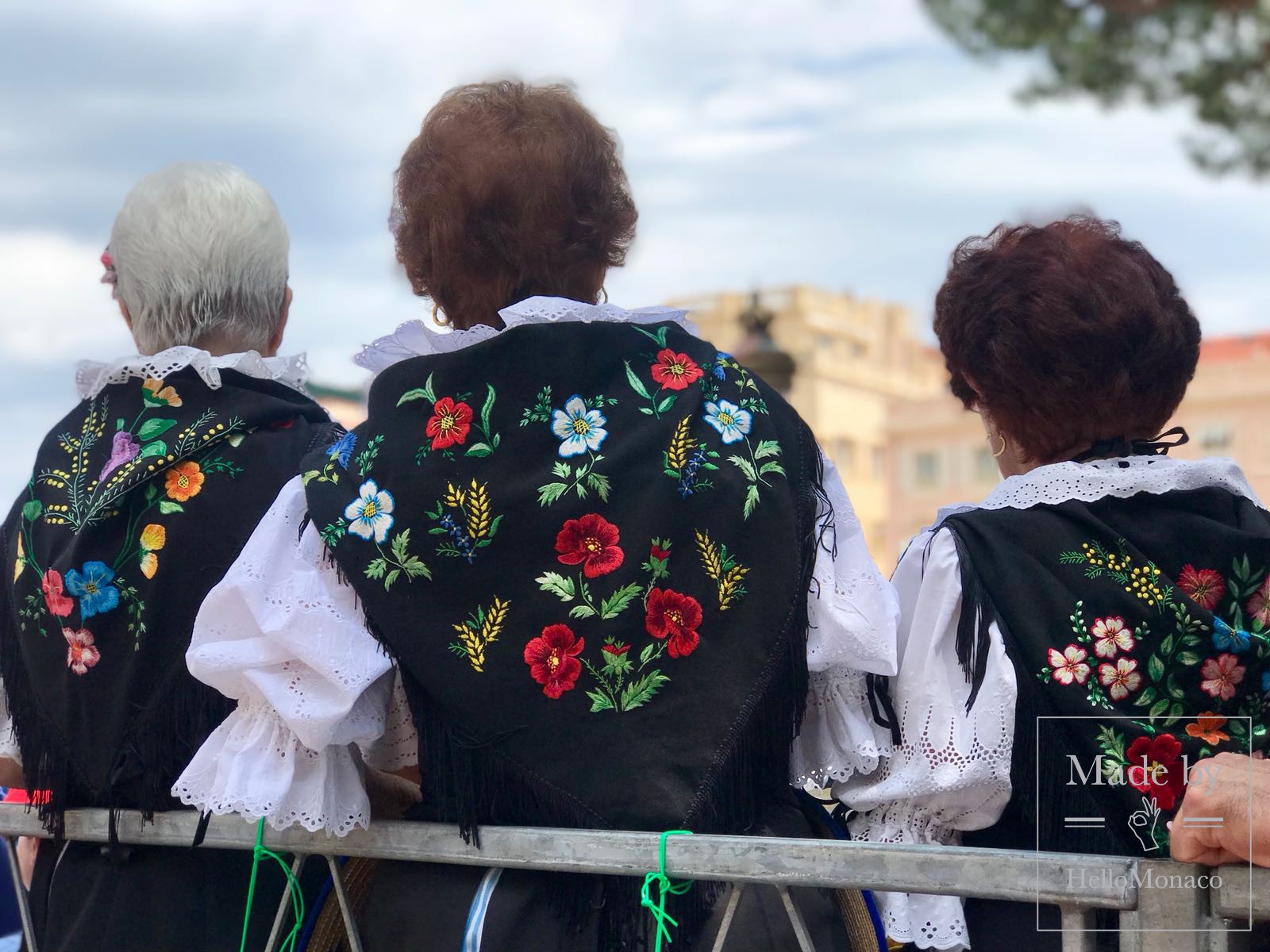 This first meeting of “Grimaldi Historical Sites” was certainly a great success! We shall see what surprises the Principality of Monaco has in store for the next one!