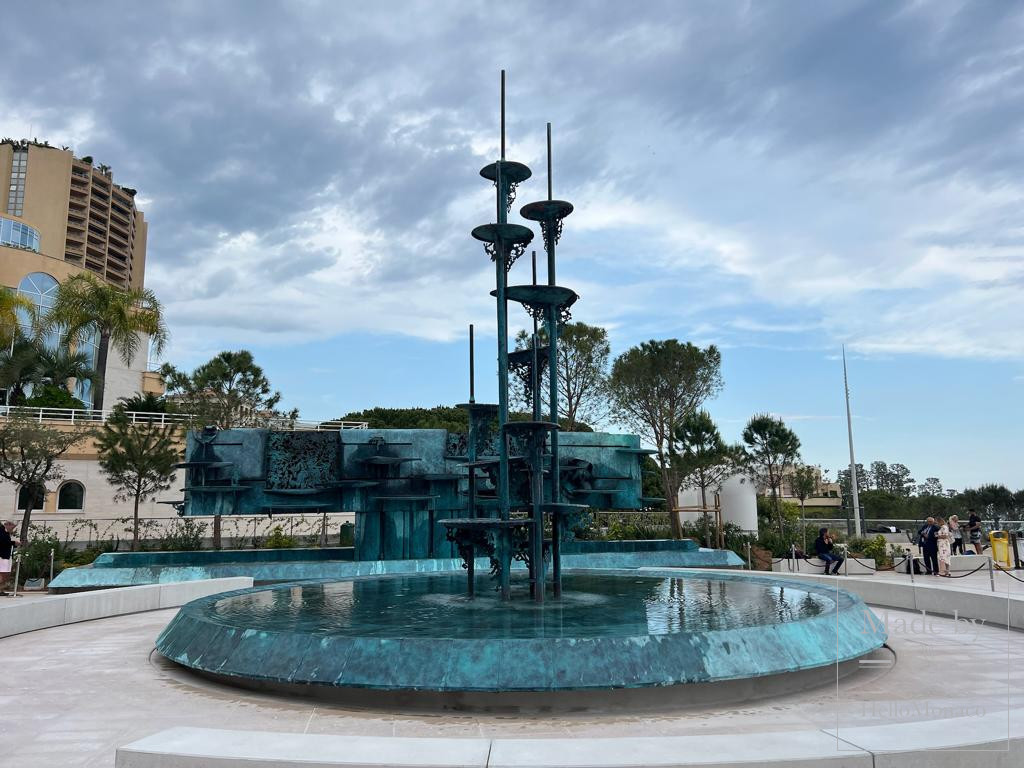 The Lartigue fountain, an emblem of the Promenade de Larvotto since 1970, has been reinstalled on Place Joséphine Baker after an absence of three years.

Dismantled in 2019 so that it could be protected and restored while the beach resort underwent renovation work, Guy Lartigue’s monumental work has been brought back to its former splendour thanks to a remarkable effort to clean its copper, brass and bronze sculptures, structural repairs and replacement of the hydraulic system that powers its water jets and lighting.

The 29th World Stars Football Match was a dazzling and exciting display of sportsmanship for charity. On 24 May, fans gathered at the Louis II Stadium in Monaco to watch the world’s best F1 racing drivers take to the pitch and play against footballers from the AS Star Team for the Children. Both teams showed off their football skills in front of thousands of happy spectators.

The Monaco Edition was organized by the International Union of Bilateral Chambers of Commerce and Industry United Arab Emirates, 17th of May 2022. The “High End Congress of Economic Diplomacy” took place at One Monte Carlo Congress Hall, a Monaco modern venue, and in the unique and spectacular Hotel de Paris’ Salle Empire.

This edition was joined by participants from different countries: United Arab Emirates, Brazil, Romania, Portugal, Germany, Holland, France, Italy, Japan, Switzerland, UK, Australia. Respectively members of the Government, representatives of the diplomatic corps, businessmen and investors came to Monaco to discover the Principality as a business field with a lot of opportunities and innovations.

Overcoming the difficulties they had in the last venues in Rome and Monaco, ROKiT Venturi Racing tasted victory in the first part of the 2022 Berlin E-Prix when Edoardo Mortara triumphed at the Tempelhof Circuit after starting from pole position.

By defeating the Mahindra driver Alexander Sims by 0.137 seconds, Edo had secured his first pole position in Formula E and ROKiT Venturi Racing’s first since the 2015 London E-Prix.

Monaco’s Exotic Garden picked up several awards at the 12th International Euroflora Fair in Genoa. The world-famous exhibition of extraordinary plants and flowers takes place every five years and was a beautiful opportunity for the Exotic Garden to shine during its temporary closure.