Monaco’s skyline is quickly changing, with no intention of slowing down any time soon. From tip to tail under the watchful eyes of cranes, workers and passersby, the Principality is evolving faster than ever before. Recently, several sites have started back up again, with many staying on schedule despite health restrictions brought on by the pandemic. Here’s an update on the progress of the Principality’s major construction and renovation projects.

Monaco’s most ambitious project, the Anse du Portier Seafront Extension, is visibly coming together to the excitement of local residents. The next step is the platform’s infrastructure, which will be completed by November. Once that is finished, the first buildings will begin to emerge early next year.

Work on the project commenced in 2018, but progress was not visible because part of the work was done underwater. Over the summer, progress seemed to blossom at an accelerated rate when almost 440,000 tonnes of sand were used to fill in and create the new area. Monaco’s new Anse de Portier district will be launched in 2025.

After a short summer break, construction work began again on Monaco’s most popular beach in September. The huge changes to the area include a two level leisure and commercial zone overlooking the beach. The upper level will be close to Princess Grace Avenue and the lower ‘Promenade Basse’ will offer direct access to the avenue from the beach, meaning that sun bathers will be able to wander straight off the sand and into a mall with dining and shopping opportunities. The environmentally friendly upper promenade will include a cycling path, more trees and a children’s playground. The entire area will be wheelchair accessible.

Construction began in October 2019 with the beach re-opening for the summer, from June 2020 until September. The beach will open up once again next summer, but works won’t be fully completed until 2022. 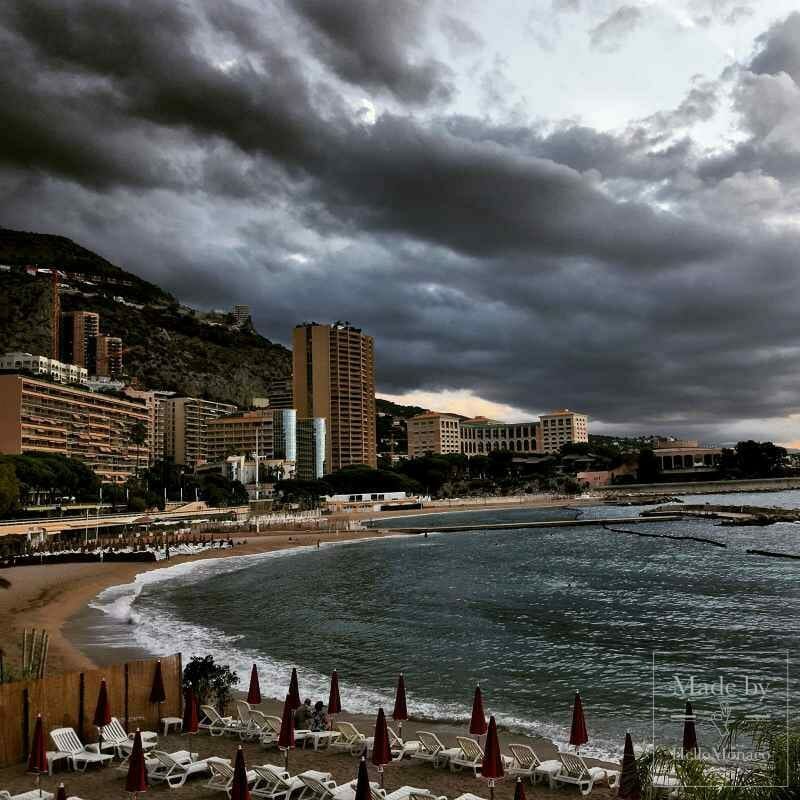 Opposite Larvotto Boulevard, the Testimonio project has been taking shape for several years now. The project will host two government towers and an international school. Known as the last great building plot of the Principality, it covers an immense area from Boulevard d’Italie to Princesse-Grace Avenue. The project is part of the national housing plan, which was initiated by the government last March.

Long wait ahead for much-anticipated CHPG

The new Princess Grace Hospital Centre on Pasteur Avenue, one of the most anticipated public spaces in the Principality, is still underway. The next phase, which will begin in mid-2021, includes the parking lot with 500 spaces and the first two wings of the hospital. The big move to the new space is planned for 2026.  Then, after services are transferred to the new building and the old building is demolished, two more wings will be constructed between 2026 and 2030. The entire operation should be complete by 2032.

The Île Pasteur site has been restarted after being put on hold for quite some time. At the end of the year 2018, after excessive costs for the foundations, the government overhauled the project to better control costs. These issues seem to have since been resolved because foundation work for the buildings (located at the western entrance to the Principality) is underway. The district will be home to the Principality’s future public college, the Espace Léo-Ferré, a media library and more. The site should be ready by 2025.

The architectural statement that has since replaced the Exotic Garden’s old greenhouses has been recently turning heads. The “portico” (a walkway supported by columns widely used in ancient Greece) which covers part of the Boulevard du Jardin-Exotique, is now complete and changes the Principality’s landscape.

Construction of the City’s Entrance was suddenly interrupted last May after the collapse of a crane. Teams have since begun structural work for the parking lot, with over 1,800 spaces. Structural work on the buildings will be finished in mid-2022, and will include offices, shops and homes. The site should be finished by the end of 2023.

Renovations to the museum which houses the car collection of HSH the Prince of Monaco are underway. The southern access ramp for the museum is complete, while the ramp to the North is under construction. After this stage, structural work will continue for the interior fittings.

When Prince Rainier III began collecting old cars in the 1950s, his collection grew over the years and the garage in the Prince’s Palace became too small to contain the stunning collection. In 1993, Prince Rainier III decided to open his precious collection to the public and the museum was born. Work should be complete by the first quarter of 2022.