Yan Cherepanov is normally busy critiquing Moscow’s top restaurants and writing for Forbes too. But at the slightest opportunity Yan runs for a plane to head for the Principality with which he has fallen in love. And he runs fast – he’s a passionate athlete and looks on all occasions as if he is about to go to race in an athletics meet.

Yan’s athletic profile didn’t deter him in winning his prestigious award Restaurant Critic of the Year. He is on a strict regimen of dining in restaurants at least 5 days week – and confesses to never dieting or trying to eat in moderation. Except he has given up on coke and French fries. Was it not for a passion for fine cuisine and festivals Yan might have followed a career as a diplomat. His education is in International Relations.

Luckily for “gourmet foodies” he descended on Monaco with the idea of shaking up our normally cosy restaurant culture and adding a dimension that is a popular part of the Moscow fine dining scene – Dining Festivals.

During the two weeks of the first Festival Gastronomique (7th to 20th October) guests of the restaurants-participants of the Festival taste perfect dishes created by the best chefs inspired by traditions and trends of the world cuisine.

The special set-menu Festival Gastronomique is at the same price at each restaurant of 95 EUR. The Festival covers a potpourri of different cuisines and gastronomical specialities. The sets combine Italian and Mediterranean, Japanese and Chinese dishes.

HelloMonaco interviewed Yan to get a flavour for the life of an increasingly celebrated restaurant critic.

HelloMonaco (HM): You must have the good fortune to eat an extraordinary range of cuisine. How exotic does it get?

Yan: I enjoy stretching my palate. If you can believe it, in the course of my work I have eaten bees, ants and jellyfish and enjoyed them. If I would have my last meal on earth it would be something new and exotic too.

HM: Is there anything that you don’t like to eat?

Yan: Only one of the hundreds of dishes I’ve tasted – I don’t understand the fascination with eating so-called “1000 year old eggs”. I credit some ancestral Chinese with brilliant marketing for something with “let’s be polite” debatable savour and smell. It’s quite a challenge for me to eat these eggs; they have been preserved in a mixture of clay, ash, salt, quicklime, and rice hulls for several weeks to several months. But everyone to their own taste, of course.

HM: What about wild game? Do you spare a moment to think about the animals?

I don’t think I would want to eat a grand regal beast like a bear but I attended a special Elk feast and we were served the top lip of the Elk as well, speaking of exotic dishes. I asked the head chef how many elk had been slaughtered for the feast. He said sixteen. That gave me food for thought – forgive the pun. Like everyone else I love animals.

HM: Has anything particularly humorous happened in your restaurant travels?

Yan: In Russia it is often customary to tell the restaurant in advance that you are coming to review them. This once made my waiter so nervous that it became like “Fawlty Restaurant” for those who remember the TV series of the spectacularly badly run hotel “Fawlty Towers”.

Everything went wrong for this poor waiter – he spilled soup on my trousers; he dropped a plate and it shattered and his hair fell into one of my dishes. The food was great and I went again in disguise because I knew that it was his nerves that caused that very rare comedy of errors.

HM: Looking into your crystal ball what do you see?

Yan: I would like this First Gastronomic Festival in Monaco to take root and there be many future editions to follow. Then partly because I also love sports I would like to organize Gastronomic Festivals around great sports events in the Principality. And then, perhaps, to organize a Festival around Monegasque cuisine in Moscow. This is an idea that is intriguing; not enough is known about the dishes that are unique to Monaco. It’s time to beat the drum.

HM: Perhaps you should invite Roger Federer to one of your Gastronomic Festivals – as we know you model your tennis game after him. One can only dream about a Gastronomic and Sports Festival in Monaco, perhaps with an Exhibition match between Roger Federer and Novak Djokovic! Why not?

Yan: I will more than drink a toast to that. On a personal level I would like to immerse myself in the Principality and spend many more months here in the year. I have family here and it is feeling more and more like home. 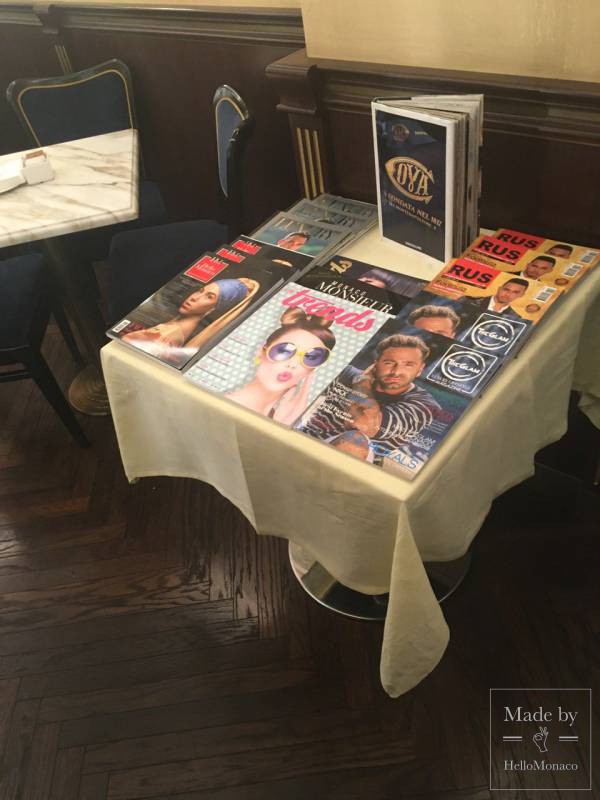 HelloMonaco: How would you characterise the menu and the cuisine of your restaurant?

HelloMonaco: What is the main difference between your menu for the festival and your usual menu at the restaurant? What is your inspiration?

Chef Emanuele Del Signore: We have a sharing concept meaning all dishes are set in the centre of the table for every guest to jointly experience our cuisine. In the Set menu specially created for Festival Gastronomique de Monaco I tried to present the optimum selection of dishes in order to show the range of tastes we offer at our venue.

HelloMonaco: If it were your last day on earth what dish would you ask for in your last hours?

Chef Emanuele Del Signore: For my last moments on earth give me a heavenly Truffle pasta.

HelloMonaco: How would you characterise the menu and the cuisine of your restaurant?

Chef Gianluca Guinzoni: Cova is a historic Pasticceria born in Milan 200 years ago, the restaurant is aiming to represent the heritage of the Italian cuisine at its best. You will find classical dishes, such as Safran Risotto and Veal Milanese and also some contemporary dishes such as Beef Tartar and our range of healthy salads.

HelloMonaco: What is the main difference between your menu for the festival and your usual menu at the restaurant? What is your inspiration?

Chef Gianluca Guinzoni: For the Festival Gastronomique de Monaco set menu I tried to highlight the location of Cova Monte Carlo, it’s a seaside, so the inspiration naturally comes from the quality seafood we have around here. Its fresh, its healthy and its delicious.

HelloMonaco: If it were your last day on earth what dish would you ask for in your last hours?

Chef Gianluca Guinzoni: The best thing I ever tried was my grandmother’s Tiramisu, so I would have it as my last dish on earth. 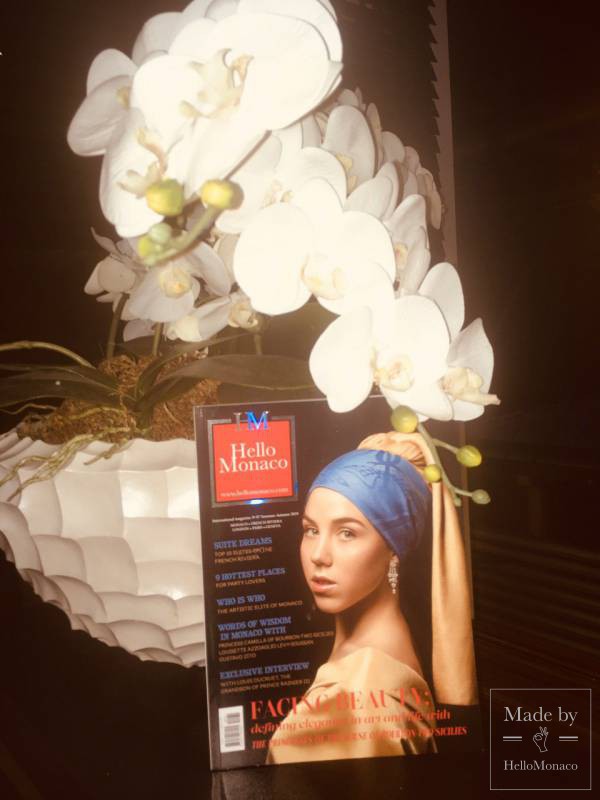