For a Dynasty to survive hundreds of years is a small miracle indeed. In the case of the Grimaldi Dynasty it is over 700 years since when on January 8, 1297, Francois Grimaldi, dressed like a Franciscan monk, together with his allies captured the fortress on the Rock above Port Hercules.

Each 100 years is filled with tests of the survival of this strategic territory with its coveted port. Every historic power on its borders and from further afar sought at one time or another to ally with it or have dominion over it. It took a combination of diplomatic genius and military skills to retain the independence that makes the Principality of Monaco the unique country that it is today and the years are still accumulating towards what, at the next centenary, will be 800 years under Grimaldi rule. The challenge to a dynasty is not always just avaricious powers outside its borders. It is the challenge that every hereditary monarchy faces, the challenge of succession.

We look today at a country with the luxury of a clear succession with hereditary Prince Jacques in line to succeed Prince Albert II. Such clarity was not always the case and we were reminded of it with a remarkable celebration just 100 years past.

In the first decade or so of the 1900s, a potential constitutional crisis loomed on the horizon. There was a clear succession to Prince Albert I with his son Prince Louis but there was an increasing concern over the longer term. Prince Louis had no siblings and no direct legal heirs himself; no formal marriage with Grimaldi children to carry on the Grimaldi line.

Of course, there was always a line of succession to the throne through the broader Royal Family but therein lay the potential new crisis. A 700 year Grimaldi dynasty is no small treasure to lose. If Louis did not have a Grimaldi heir via a marriage then the next in line to succeed him would have been his cousin, Wilhelm, 2nd Duke of Urach, who, although born and raised in Monte Carlo as the son of Princess Florestine of Monaco, was a German subject, property owner and descendant of the German Royal family vis a vis the kings of Württemberg, an extinct German state.

France was very comfortable with the Grimaldi line of succession but often in competition or outright conflict with its German neighbour. There was unease at the possibility of a future without a direct descendant of Prince Albert I and his son hereditary Prince Louis. 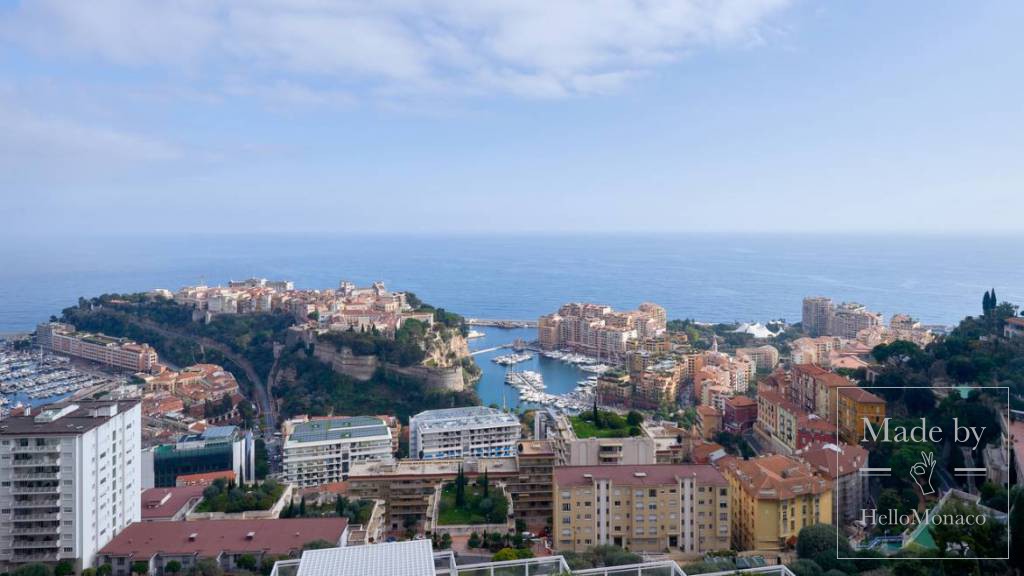 And this is where the continued miracle of the Grimaldi dynasty came to pass. Prince Louis did indeed have a daughter as the result of a love affair with Marie Juliette Louvet, a singer. He was at that time a Lieutenant in the Third Régiment of Chasseurs – and in 1898 his daughter Charlotte Louise Juliette de Monaco was born in Constantine, French Algeria. Prince Albert I was not disposed to be persuaded of a marriage between his son Prince Louis and Marie Juliette Louvet but he did help secure Charlotte an education at a religious institution near Paris. He also had the future of the Principality in mind, beyond the reign of Prince Louis, and by 1911 granted Charlotte the title Madame de Valentinois – one step closer to a long-term secure Grimaldi future.

In doing so, on 15 May 1911 a law was passed recognising Charlotte as Louis’s daughter, and declaring her to be a dynastic member of the sovereign family. This act was later held to be invalid under 1882 statutes and so Charlotte would be formally adopted instead via an Ordinance of 30 October 1918.

This particular miracle needed yet more steps to create certainty for the Dynasty and was finally crowned with one of the great celebrations of the century.

When Louis adopted Charlotte in Paris on 16 May 1919, endowing her with the surname Grimaldi, her grandfather bestowed upon her the traditional title of the Principality’s heir, “Valentinois”, for life. When her grandfather died and when her father Louis inherited the princely crown in 1922, Charlotte became heir presumptive to the throne as Hereditary Princess.

The whole world became absorbed by the succession together with France who had a special interest. In the same year in 1919 when Charlotte became a Grimaldi, it was done in the presence of the President of the French Republic Raymond Poincaré – which paved the way for the great celebration in March 2020 when Charlotte could be married as a Royal Monegasque Princess. And she chose to wed another Royal – Count Pierre de Polignac of Hennebont, Morbihan, Brittany, France.

In Monaco civilly on 18 March and religiously on 19 March 1920, Louis arranged Charlotte’s marriage. By the Prince’s ordinance the Count took the surname Grimaldi and then became a Prince of the Monegasque Royal Family. The actual marriage was celebrated in great flair and recorded for posterity in the Journal de Monaco (and in the Histoire de Monaco by Thomas Fouilleron) and in the national and international news.

You can imagine the celebration that day starting in the morning with a 21 gun salute from the cannon, with myriads of colourful banners flying in the wind. The Palace courtyard is brimming with well-wishers as a procession of vehicles arrive at the cathedral with both the Monegasque and foreign dignitaries. They mount the grand steps carpeted in red, running the gauntlet of the guards.

Prince Albert I looked splendid in the green of the Institute; also sporting the sash of the Order of Saint Charles. The young slim debonair 25 year old blond-haired Prince Pierre in a ceremonial wedding outfit with white waistcoat and tie, holds his mother the Duchesse of Polignac close on his arm. The wedding march in the Cathedral is orchestrated by Léon Jehin. Prince Louis enters with 22 year old Charlotte of Valentinois wearing a crown of orange flowers and a dream-like white silk wedding train. The ceremony was conducted by Cardinal Luçon, Bishop of Reims.

So popular was the event that the couple had little room to traverse the short journey by foot from the Cathedral back to the Palace.

And it all came to a zenith with the words of Prince Albert I.

“I bring you my grandchildren, love and support them and I stand ready to do my all for your future”.

This story, a critical part of the Principality’s destiny, has a happy and a partly sad ending.

On the sad side the marriage was not a happy one; and they separated on 20 March 1930, to be divorced on 18 February 1933 by ordinance of Prince Louis II.

The happy part was the birth to the newlywed couple, early in their marriage, of two children, one of whom would become the Grimaldi princely heir who would ultimately transform the Principality and secure the Dynasty for the future. Those two children were Princess Antoinette Louise Alberte Suzanne and Rainier III, Prince of Monaco (31 May 1923 – 6 April 2005).

And on 30th May, 1944 as Prince Rainier approached his 21st birthday and adulthood, hereditary Princess Charlotte abdicated in his favour, perpetuating the Grimaldi dynasty.

And Long May Live the Grimaldi Dynasty, now in its journey to its 8th Centenary!