Long before its Cathedral graced the Rock that overlooks the Port of Monaco, local Ligurians, seafaring Phocaeans and Greeks worshipped their gods there. And the immensity of the blessing of a deep port beneath it meant that a singular Temple be erected in its honour and to a heroic figure, a demi-god himself, who mythically endowed Monaco with this blessing. The Temple was to Hercules to which “Port Hercule” owes its signature name.

“Hercule” baptism. Let us tell you about the Quays because each one has a history and almost certainly a fascinating future.

Take ‘Quai l’Hirondelle’ for example, named after Prince Albert I’s oceanographic research vessel. Sailing throughout the Mediterranean, to the Azores, and on an Arctic adventure to Svalbard, he helped to secure eternally Monaco’s role in seafaring and oceanographic tradition. The harbour’s other quays include names such as ‘Quai Antoine Ier’, reflecting back to the reign of Antonio I, Prince of Monaco from 1701 to 1731, who swore an oath to the French King Louis XIV, while at the same time strictly guarding the Principality’s independence, and was knighted subsequently.

‘Quai des États-Unis’, is famous for its long straightaway and hairpin turn and is one of the faces of Monaco’s Formula 1 races. One of the main functions of the Port is to host globally-recognised events like the Grand Prix and the Monaco Yacht Show.

‘Quai Rainier III’ is appropriately named after Prince Rainier who married Hollywood actress Grace Kelly. Thousands celebrated on the Port’s quays watching Grace Kelly for her 1956 wedding to the Crown Prince – and again when the newly-marrieds started their honeymoon aboard the royal yacht, Deo Juvante II. The regal wedding set the stage for Monaco’s image to become permanently entwined with that of glitz and glamour by the sea.

And there was a repeat performance in 2011, when 85,000 spectators raced to the quays for a live concert by Jean-Michel Jarre in celebration of the wedding of Charlene Wittstock and Prince Albert II.

If you thought the Port is reserved mainly for Royal Weddings and the Grand Prix you could be forgiven because these are huge events in the life of the Principality. But the Port is reminded daily of its primary sea-faring “raison d’être”. Due to its prominence aside the Mediterranean Sea and the rich sailing culture that benefits from its aquamarine waters, Port Hercule is headquarters to the Yacht Club de Monaco, spiritually linked with the now iconic Monaco Yacht Show.

Monaco certainly is a global magnet evoking luxury, opulence, and seagoing tradition, three characteristics mirrored perfectly by the Yacht Show. When the event attracts together the global superyacht industry, superyacht admirers, and Monacans to its promenades, every time Autumn beckons, it becomes crystal clear that Port Hercule is so much more than just a harbour.

Much of Monaco is genuinely about celebrity, glitz, glamour and the finest things in life. Port Hercule itself is a chameleon and changes colours to suit its audience – at times it serves the pinnacle of the international jet set and at others it is a kindly custodian of local culture. Local families and their children, stroll swim, hang-out, shop and lead a normal if somewhat fortunate life.

Take a walk down or up the most beautiful pedestrian street of the adjacent Condamine, the street of Princess Caroline. There are many restaurants, shops, and one amazing bakery (on the corner next to the Place d’Armes Square). A must-see spot in the morning is the local market at the Place d’Armes Square. The rows of fruit and vegetables will delight your eye, and one can have an authentic breakfast in one of the cafes inside the market. You can always return here for lunch, too, for the most delicious pizza from Le Comptoir, fresh vegetarian salads by Eat Juice, and for simply incomparable Italian coffee.

The port itself is always busy and not only with the pit stops and grandstands of the Formula One towards the end of May. In summer the children’s entertainment park is established, and the Christmas Village is built for New Year. In warm seasons visit the municipal open-air pool with cleansed and heated seawater, and in winter stop by at an ice rink under the open sky. 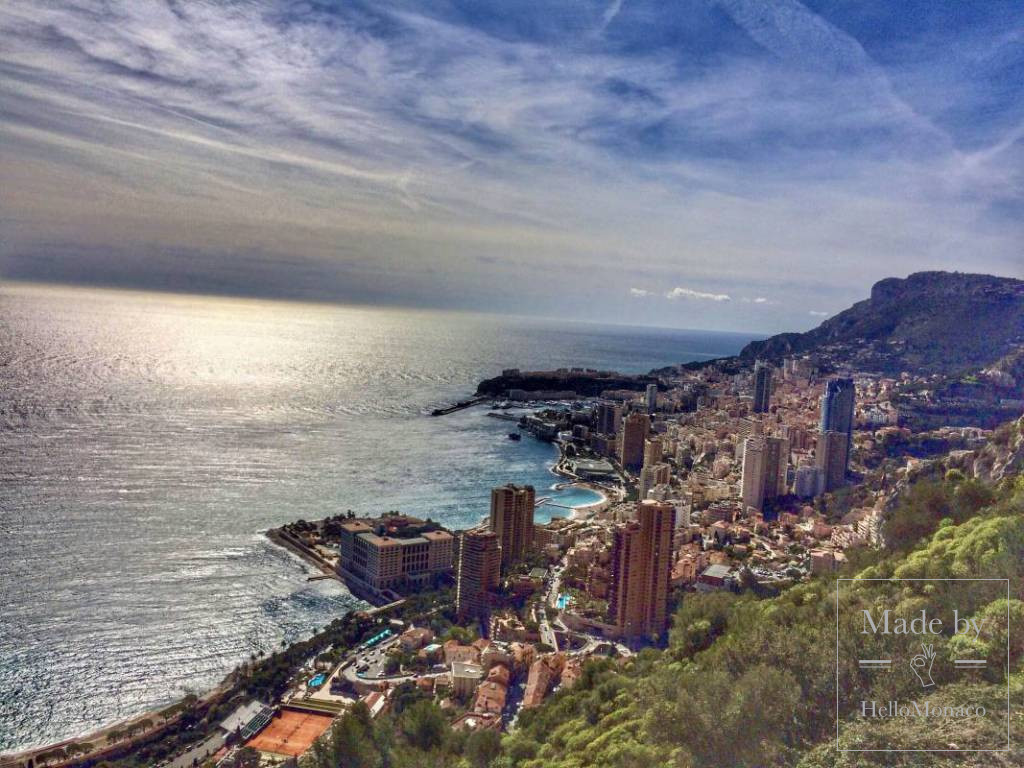 The glamour of Monaco is such that there is an inner secret that escapes the celebrity spotlight. It is an amazing place for children – and not just for those holidaying. To bring up a child in Monaco is to realize a wish that is attributed to Princess Grace – that it be a child’s paradise. And Port Hercule is part of this secret. It serves as a playground and a sports area and a sea-side summer camp for children – all in one.

The modern Harbour took shape in 1901; Prince Albert I had already marked his reign with the creation of the Oceanographic Museum, when it became a priority that the Principality should have a fine harbour. The modern shape of the port was completed in 1926, substantially re-modernized in the 1970s and in 2010 the Finnish manufacturer Marinetek was hired to deliver three new floating concrete pontoons to replace Monaco’s old fixed piers. 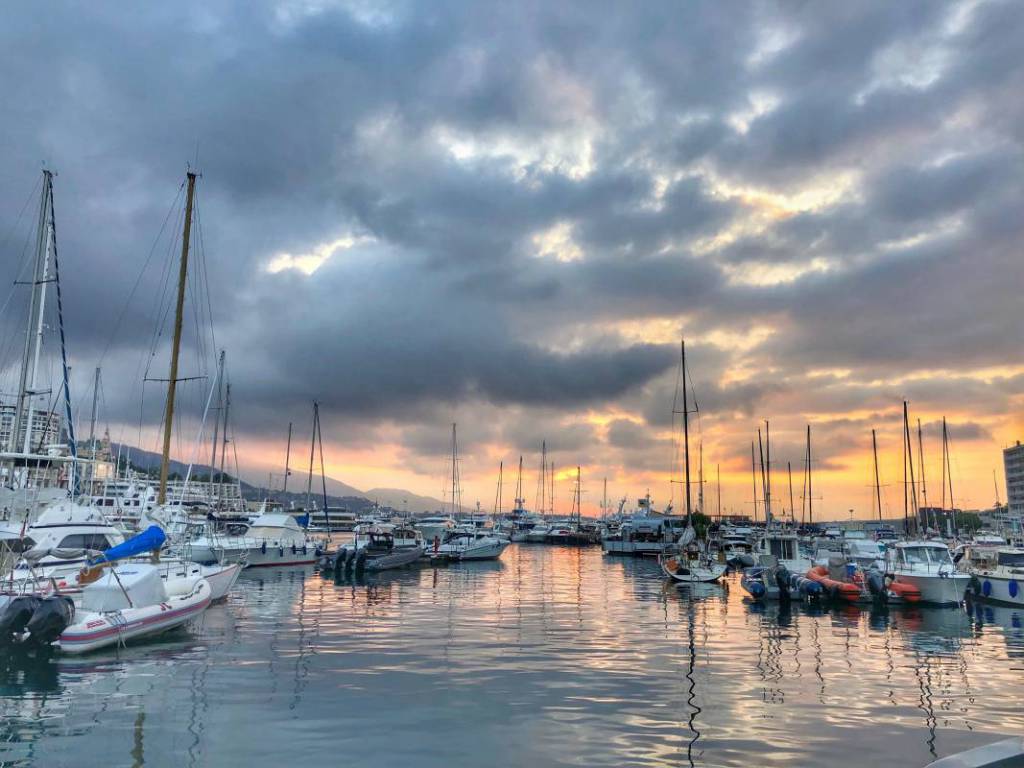 So important was the port that well before the future global brands of Monaco and Monte Carlo were born, the Rock and its port were called “Mono-ikos”. This is a fascinating historical coincidence considering that the names Monaco and Monte Carlo derive from entirely different roots. Why Monoikos? Historians are divided over whether “mono” (meaning “one” ) was because the Temple was dedicated to just one god or whether it was because Hercules insisted on living there alone with his acolytes.

In fact the Greek demi-god Hercules is credited by the Roman Emperor Julian with creating the whole coastal route passing through Monaco and Port Hercule from Spain and France and arriving eventually in Rome. The Roman poet Virgil called it “that castled cliff, Monoecus by the sea”. The port was a busy centre in 300 BC – and we know Julius Caesar passed through it in 50 BC.

In the 20th Century another powerful god “James Bond” attempted to succeed Hercules and have his name linked with Monaco and the port in the film GoldenEye. But when Bond attempts to prevent a lady villain from stealing a helicopter, she escapes when Bond is accidentally foiled by the local harbour police.

So we can jokingly say that because Monaco harbour police, foiled his exploits, James Bond had to be satisfied with forever being linked instead to the Casino through the film Casino Royale.

The origins of Russian ballets in Monte-Carlo

Did you know?.. Сhanging of the Palace Guards

The origins of Russian ballets in Monte-Carlo

Did you know?.. Сhanging of the Palace Guards