This is the third time the World Institute of Minerals has held its Expo in the Principality of Monaco. It is a two day event on December 14 and 15, held at the Grimaldi Forum. Exhibitors coming from Pakistan, Morocco, Spain, Madagascar, Italy, Belgium, Germany, Mexico, and Brazil share their passion and put on a show of their real wonders: crystals from around the world, infinitely colourful minerals, shells, jewellery, fascinating precious stones and rare gems, fossils dating back 500 million years (giant ammonites, dinosaur bones, reptiles etc ..), carved and polished stones (spheres and statuettes), and meteorites. 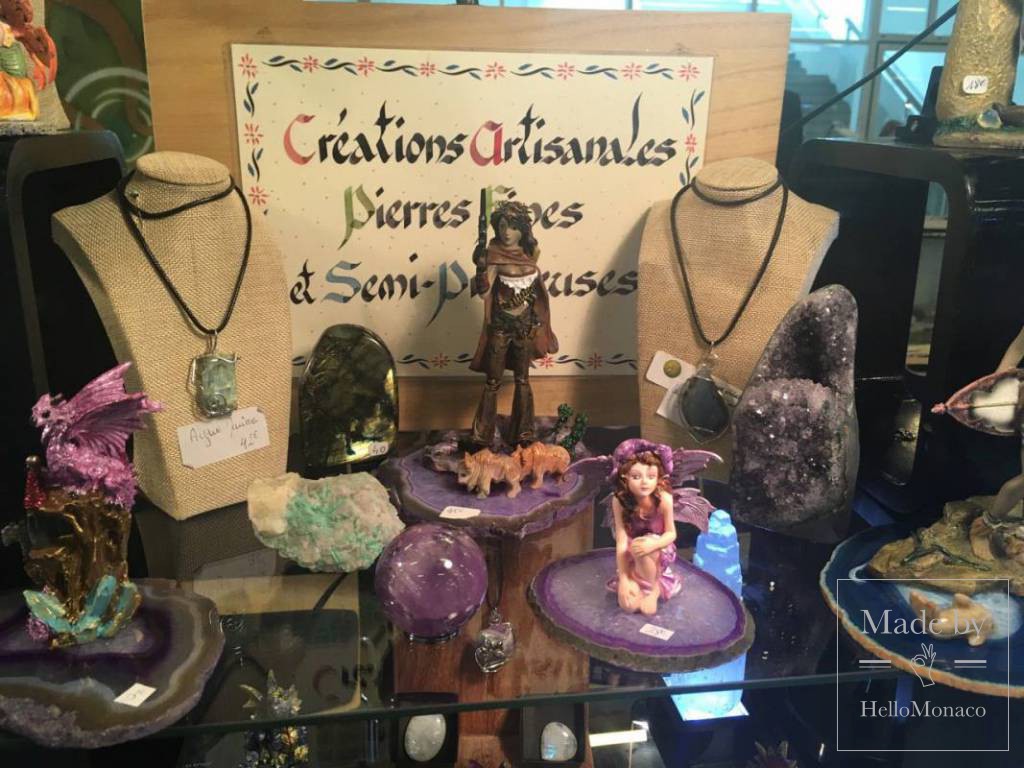 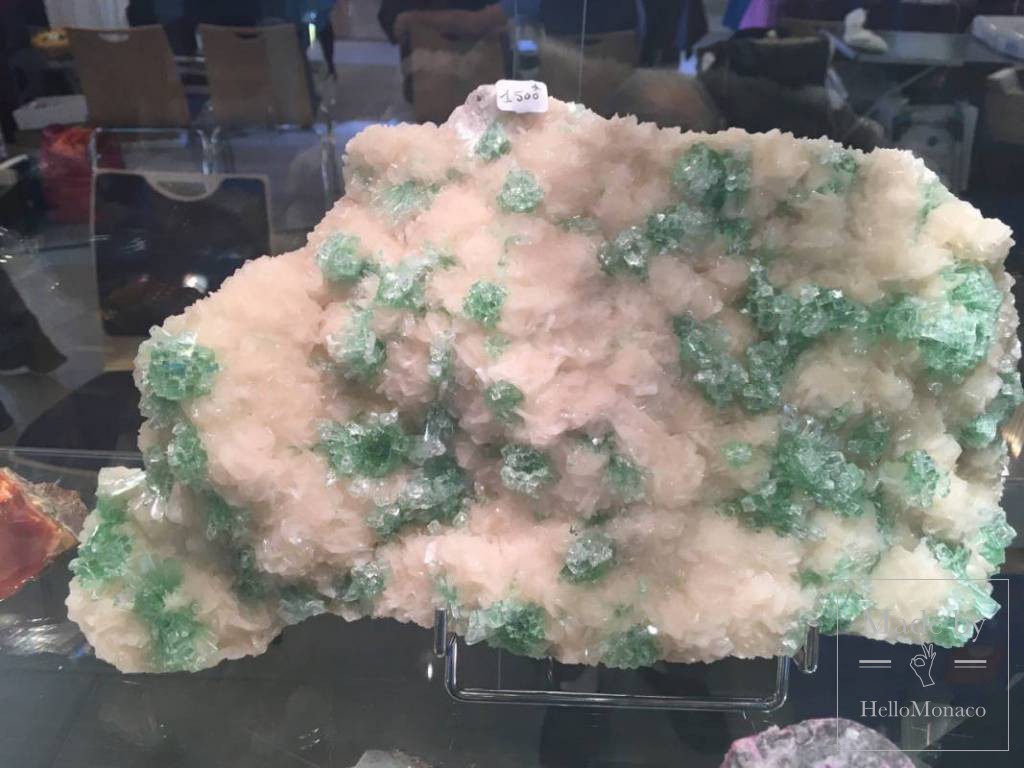 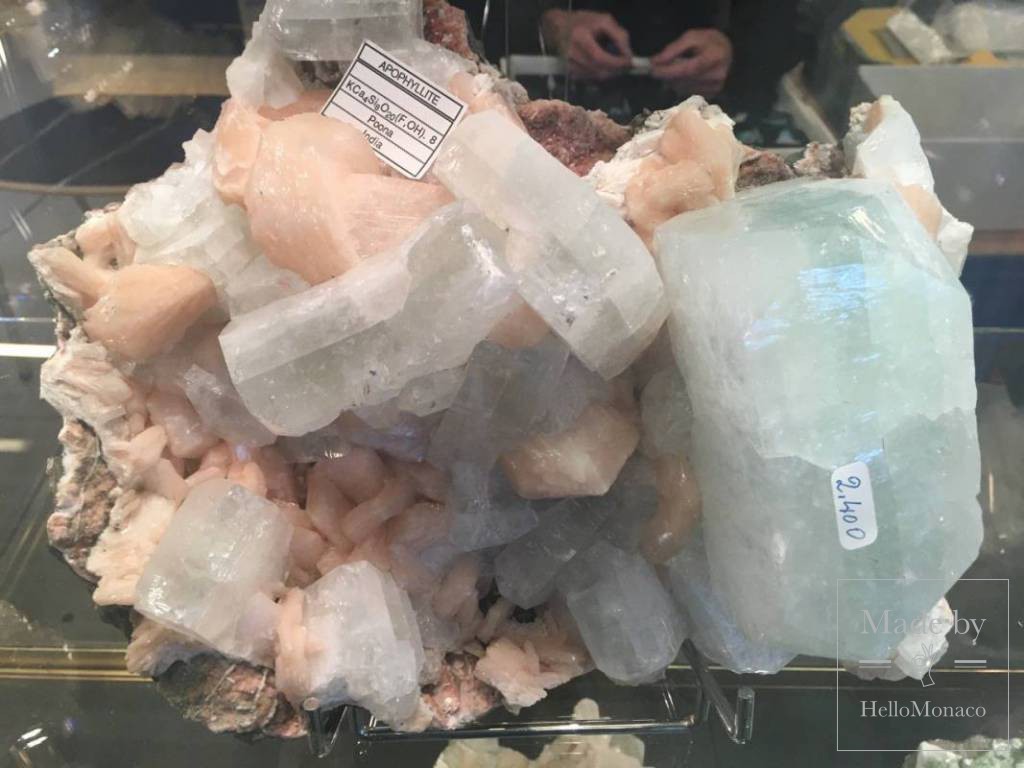 There are good reasons to visit Mineral Expo MONACO other than marvel at this fabulous diversity of stones with multiple shapes and colours, whose sparkles illuminate the Grimaldi Forum. Understand the history and origin of the stones, how they are extracted, carved and mounted in jewellery. Experts will be happy to identify your own stones without charge. And it’s the festive season, what better opportunity than to find original Christmas gifts for your loved ones. 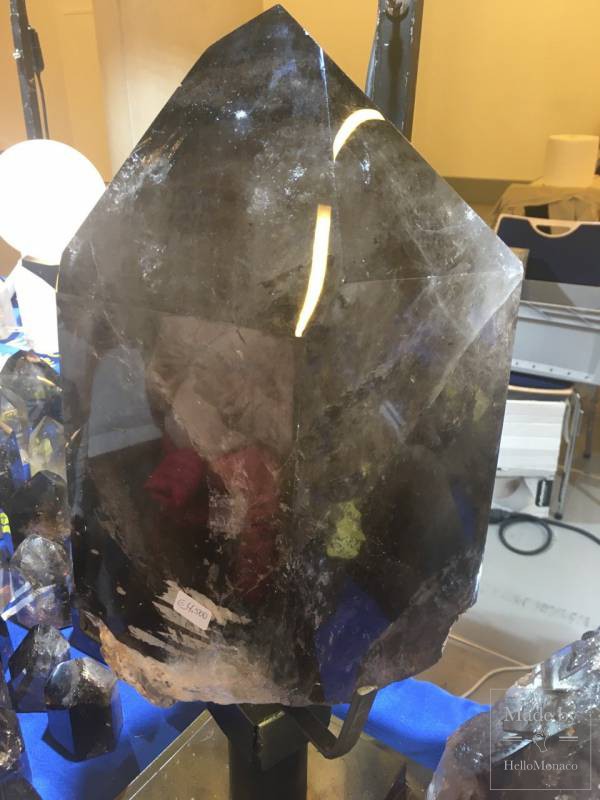 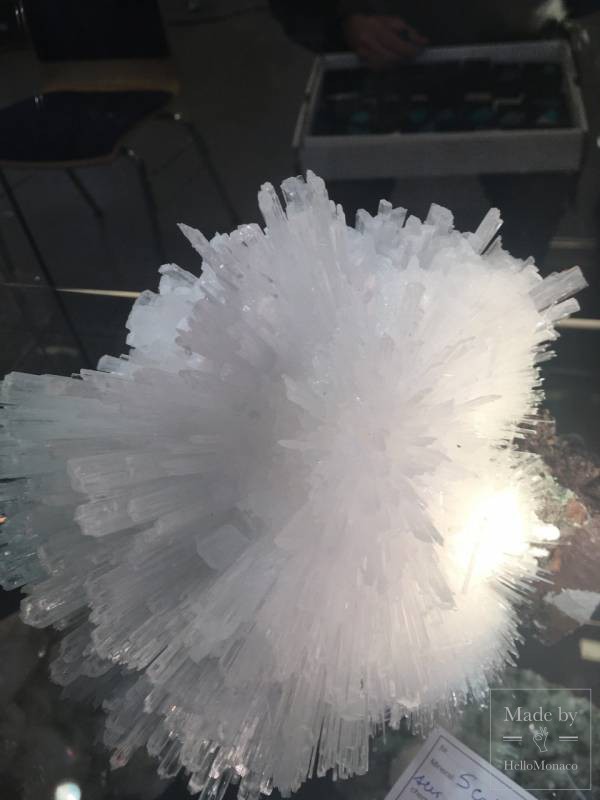 Visit and take the kids. It is an educational goldmine, surprisingly rich in natural stimulation for children. You will find both you and your kids exposed to a journey through the world’s continents. Rare crystal formations from Brazil, dinosaur bones from Africa, superb aesthetic crafted objects d’art and minerals from Pakistan, rare stones from Russia; the geographical journey continues almost endlessly. And it’s not just geography that teases our brains but the historical displays are a magnet for the children, too, including prehistoric artefacts and literally “out of this world” the opportunity to explore outer-space via meteorites. 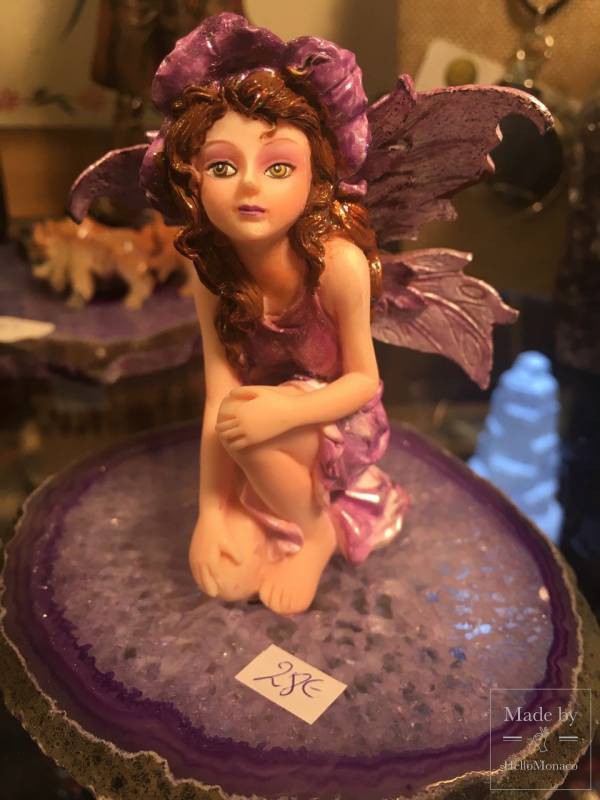 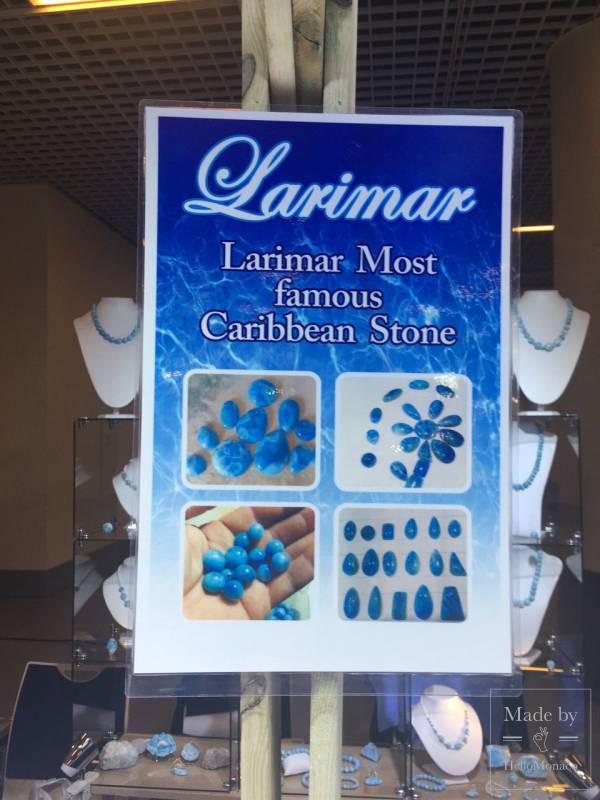 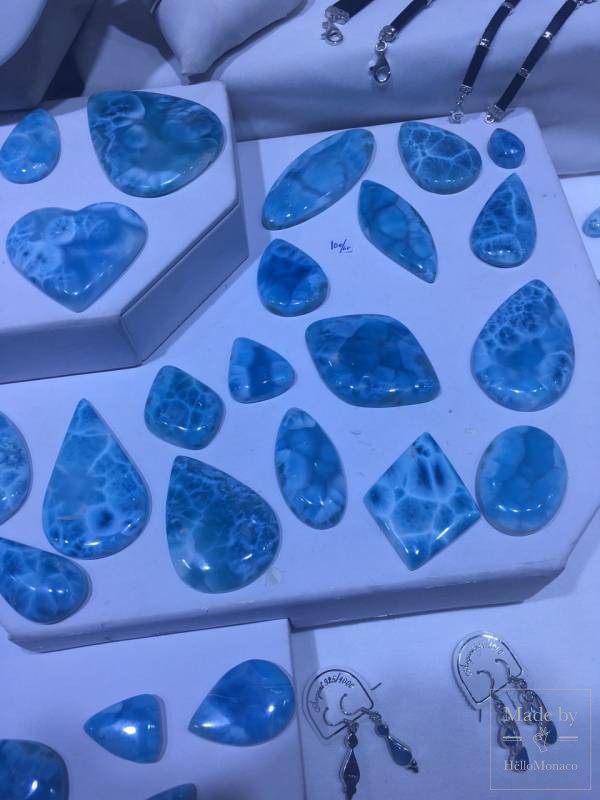 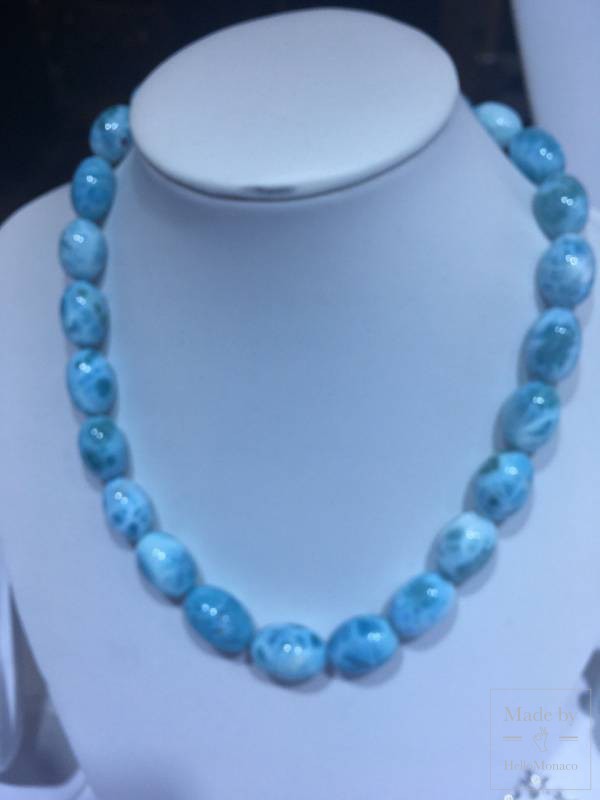 Meteorites can be as much as 5 billion years old. That is older than the earth itself. It boggles the imagination to think that a meteorite could have been part of the asteroid belt around Mars and Jupiter when the solar system formed. The most priceless watches use rare meteorite in their unique casements. 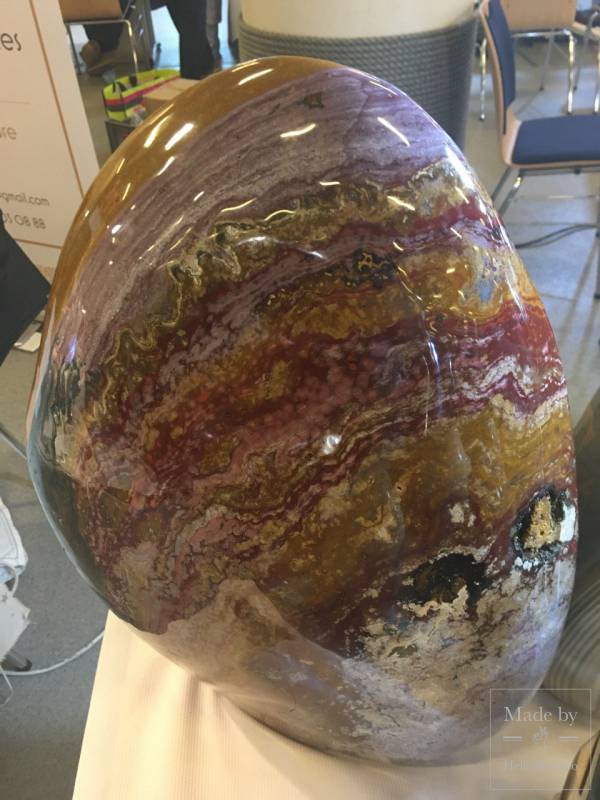 There are some rare and expensive fossils on show Cladocyclus an extinct predatory fish of about 1.20 metres in length, found in northeastern Brazil is fossilized and will set you back a cool 14.000 euros. 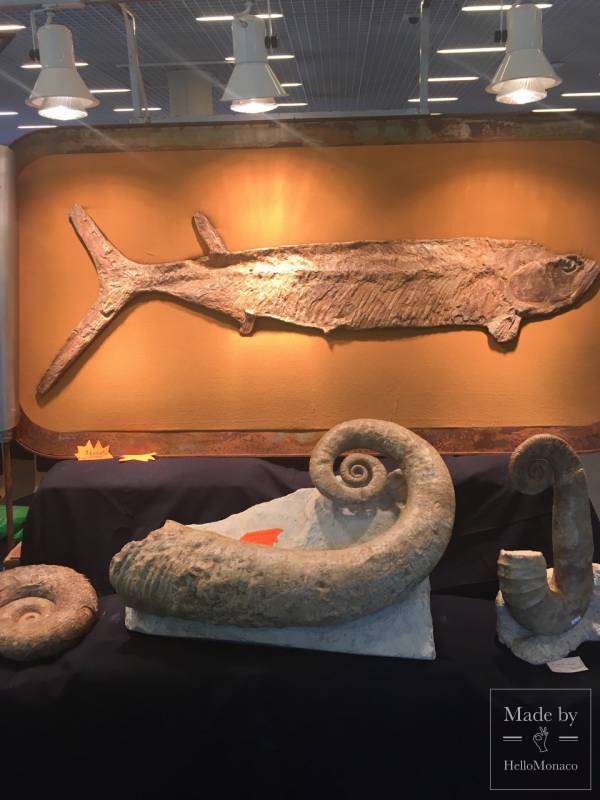 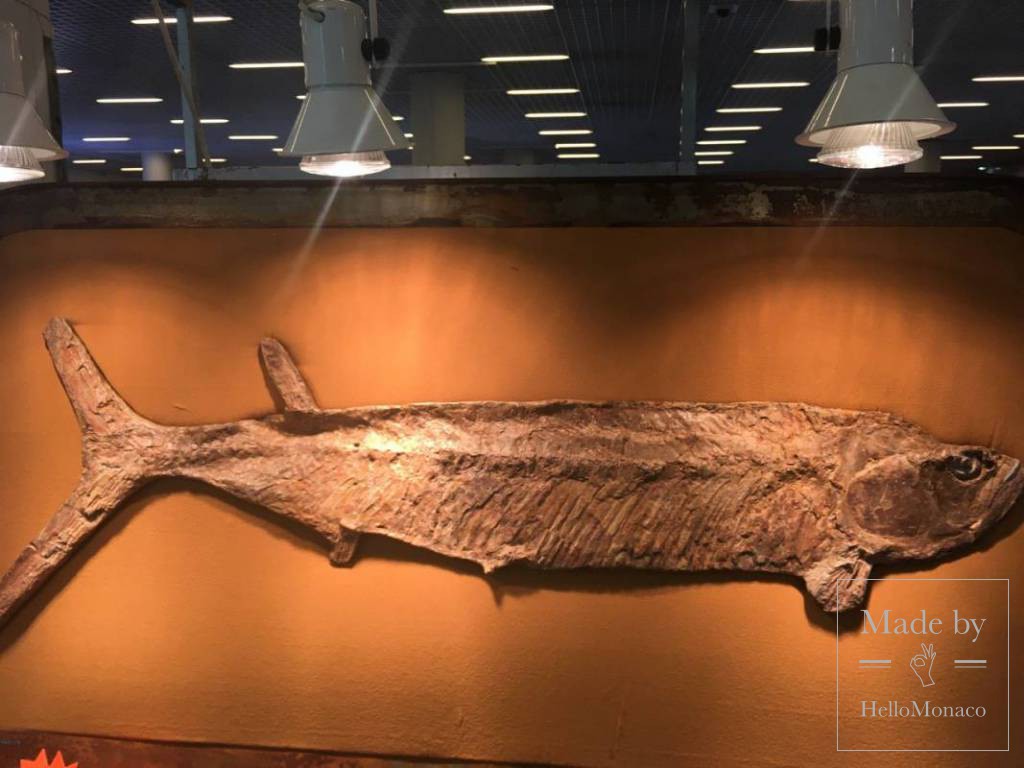 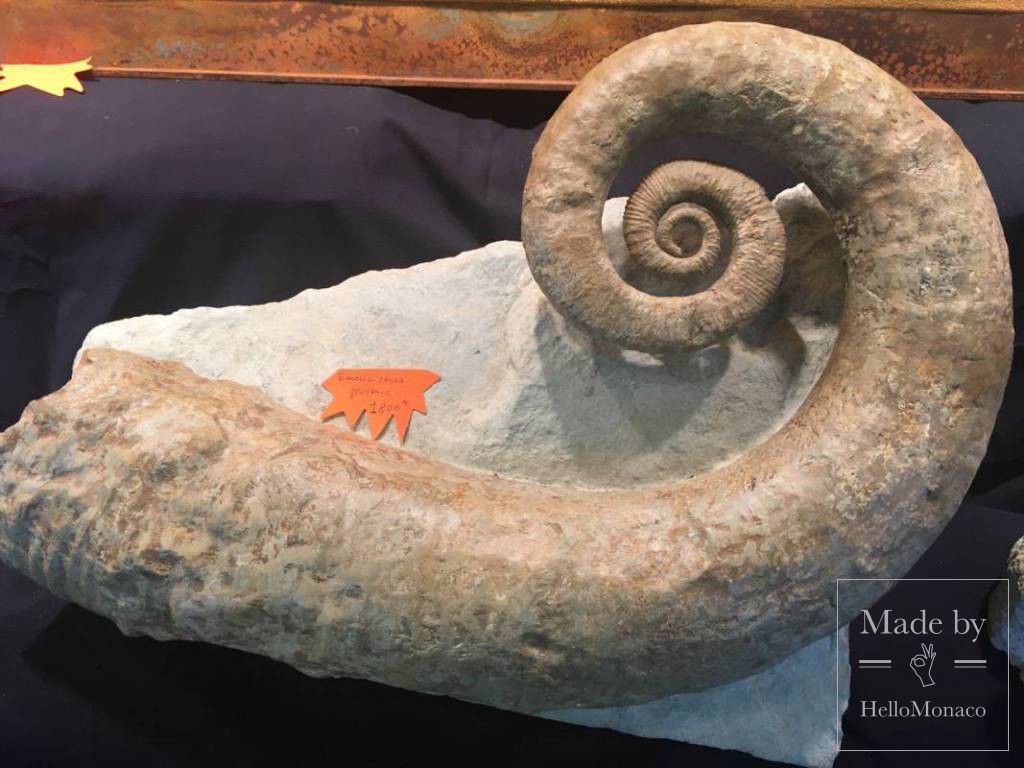 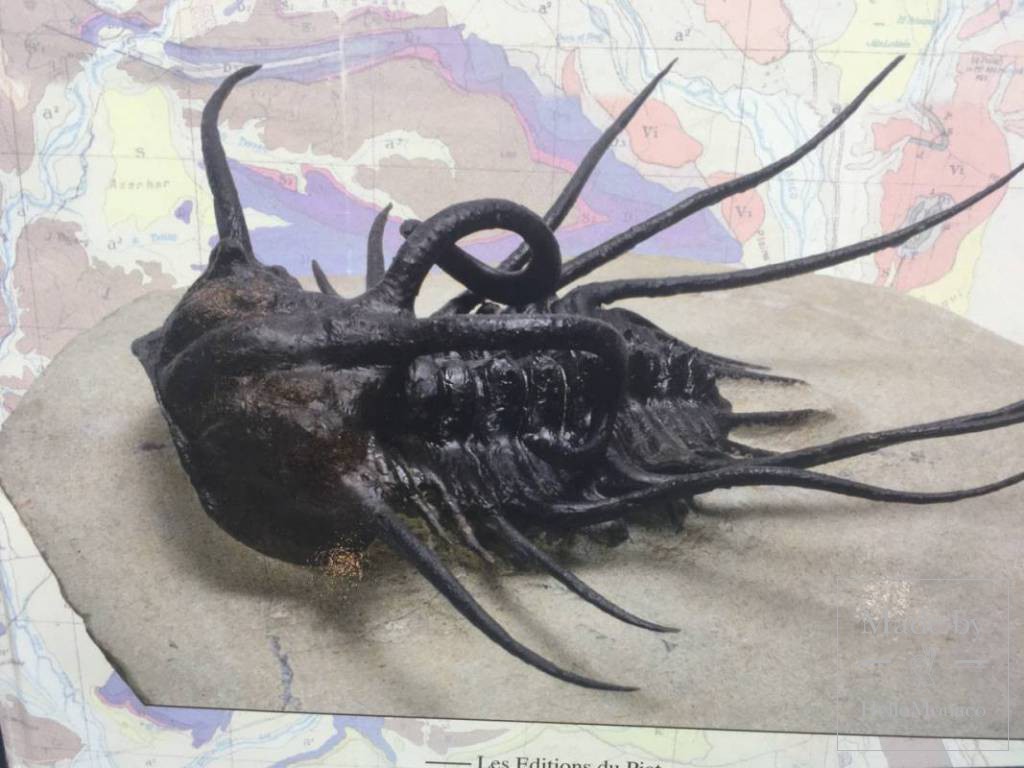 Collectors and their passion for collecting are some of the world’s most fascinating characters.

There is a love story about them, a film called Ammonite released in 2019 starring Kate Winslet and Saoirse Ronan inspired by the life of fossil hunter Mary Anning in the 1800s hunting in the Jurassic cliffs in England. But the rarest of Ammonite, which bears a similarity to rare opals, comes from Canada. 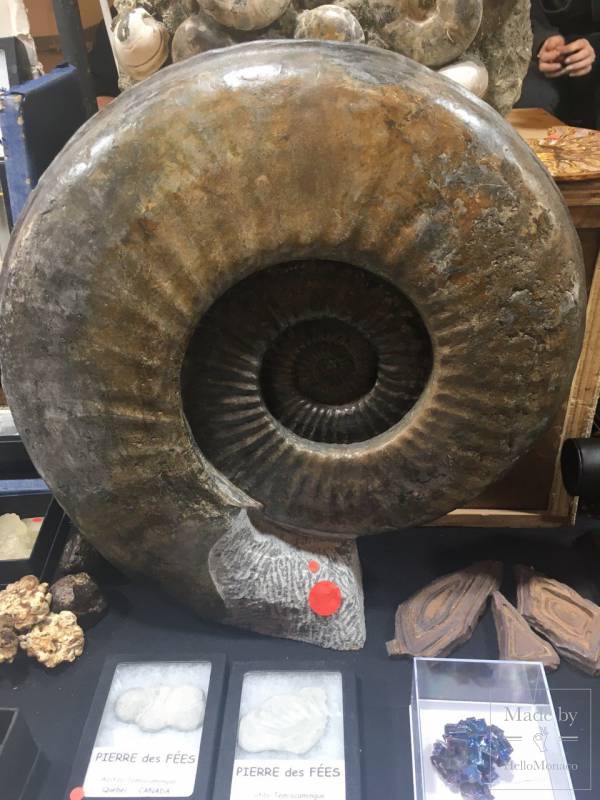 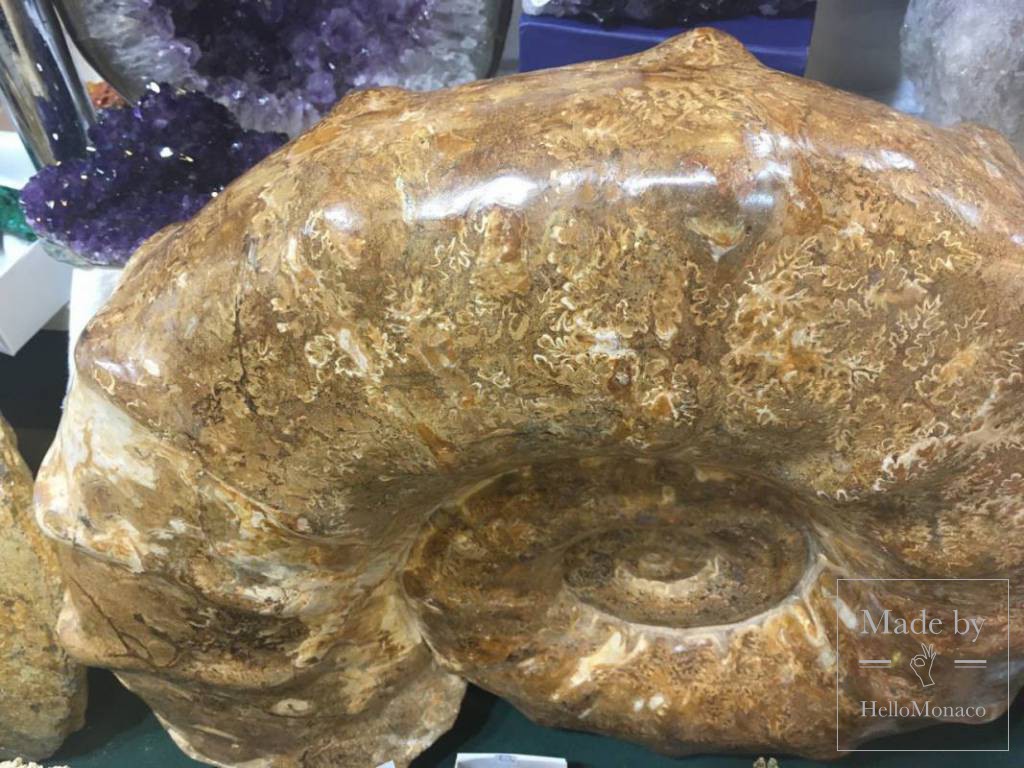 You see Amethyst in every shape and form at the Expo – some very large and unusual pieces that make great “objet d’art” – a table decoration or by a fireplace.

Purple Amethyst has been highly esteemed throughout the ages for its stunning beauty and legendary powers to stimulate, and soothe, the mind and emotions. It is a semi-precious stone. To the ancients it was a “Gem of Fire,” a Precious Stone worth, at times in history, as much as a Diamond. 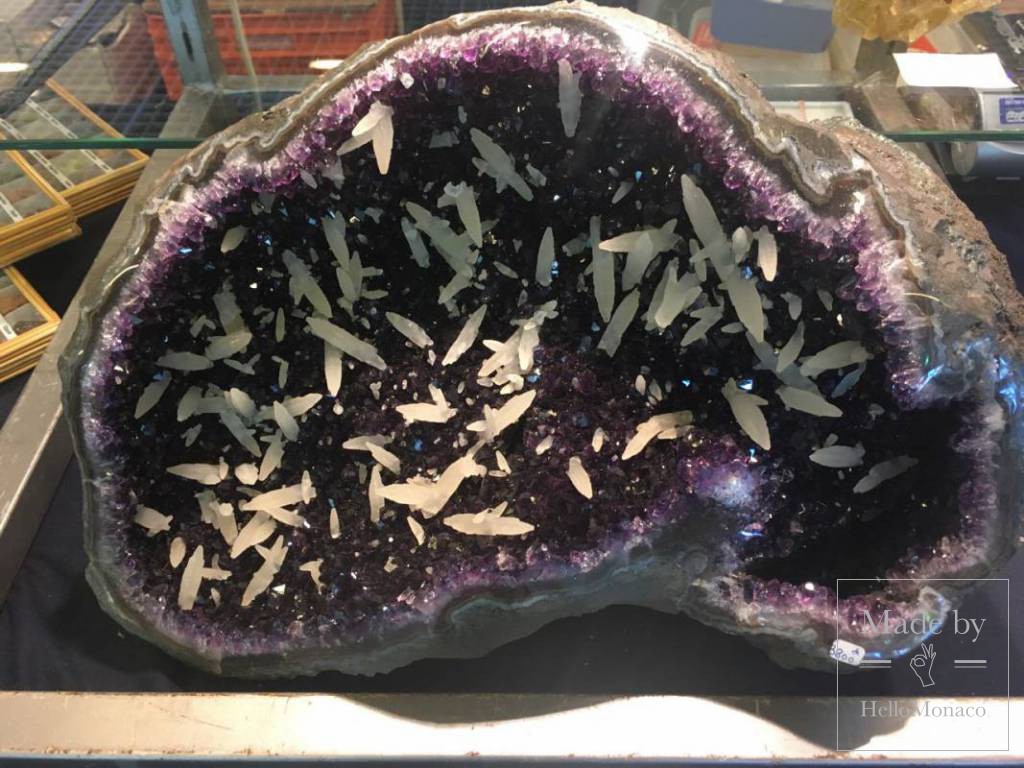 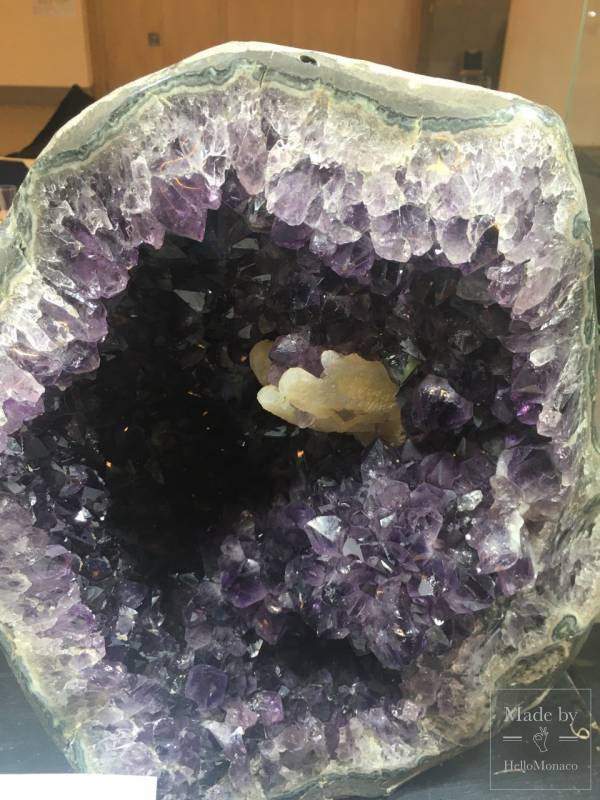 Did you know that throughout history the special virtue of Amethyst has been that of preventing drunkenness and overindulgence! Ancient Greeks and Romans routinely studded their goblets with Amethyst believing wine drunk from an Amethyst cup was powerless to intoxicate, and a stone worn on the body, especially at the navel, had a sobering effect, not only for inebriation but in over-zealousness in passion. Catholic bishops also wore Amethyst in a ring to protect from mystical intoxication. Kissing the ring kept others from similar mystical intoxication and kept them grounded in spiritual thought. 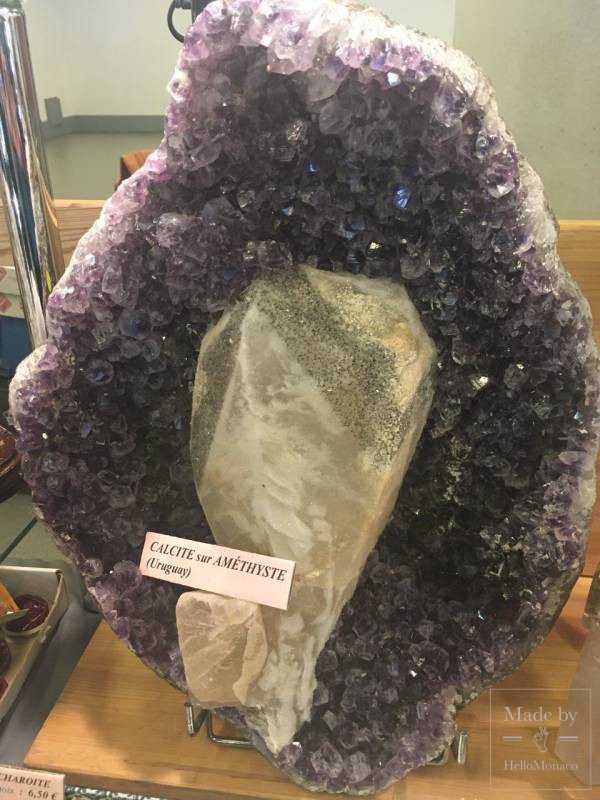 What is comforting and different about the experience offered by this Expo is that everything is on a human scale. The learning is playful and almost by stealth, because it is fun for the curious. 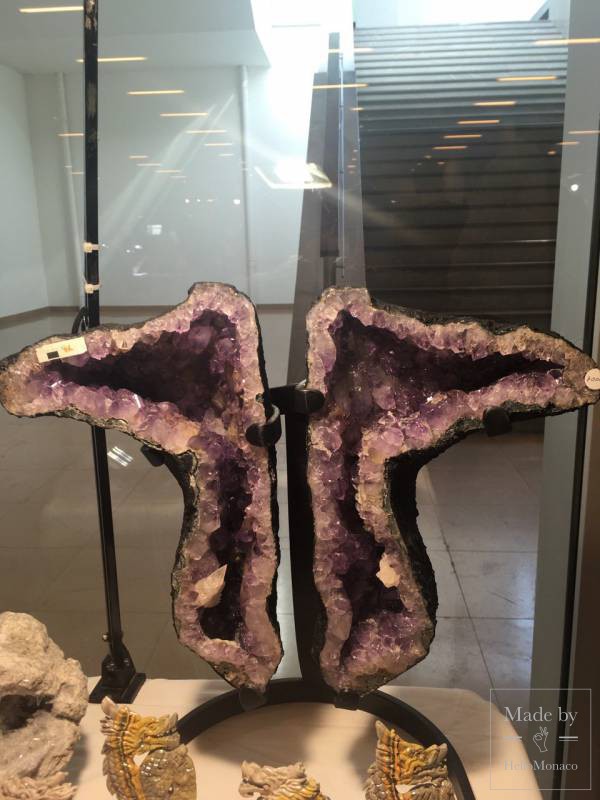 With or without children the EXPO is a must to visit because there you will find exhibits sought out by architects who seek unique pieces for interior decoration. Just about anyone interested in exotic collectibles would enjoy spending time here. Go to the EXPO just to share the enthusiasm of the presenters. They will tell you their stories – it is enjoyable theatre in itself. Meeting the people and discussing their life’s work is as enjoyable as seeing the extraordinary displays themselves. Go and talk with them – it’s fun. Buy if you wish but the human experiences are priceless in themselves and you will return home full of stories to share with your friends. 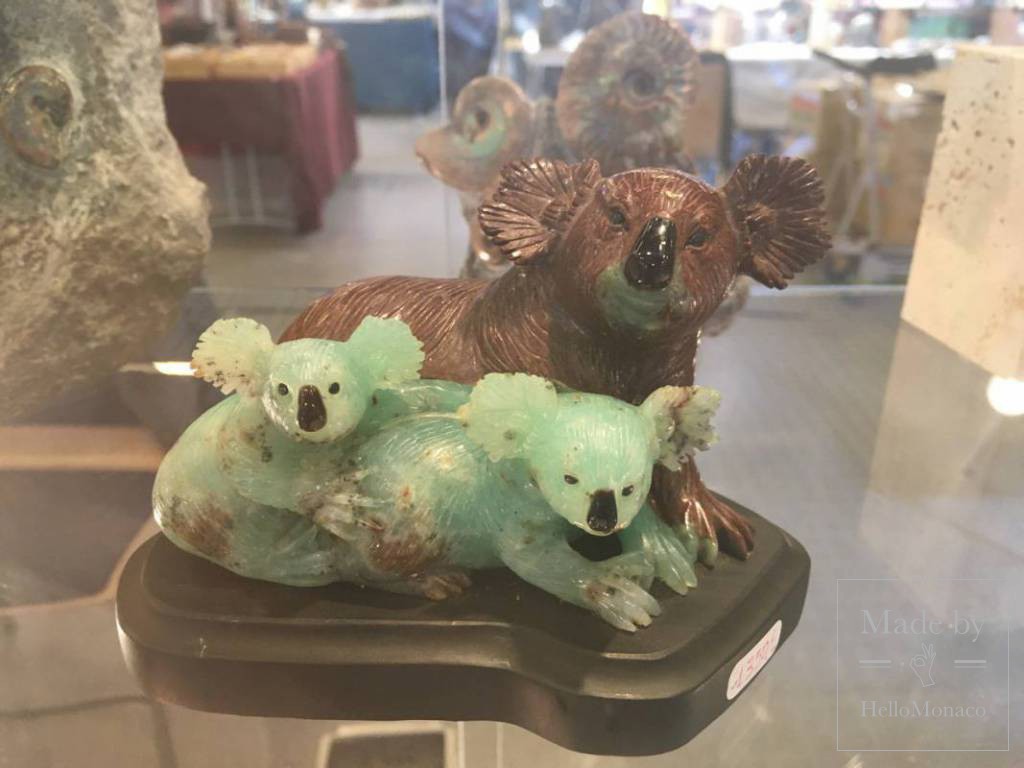 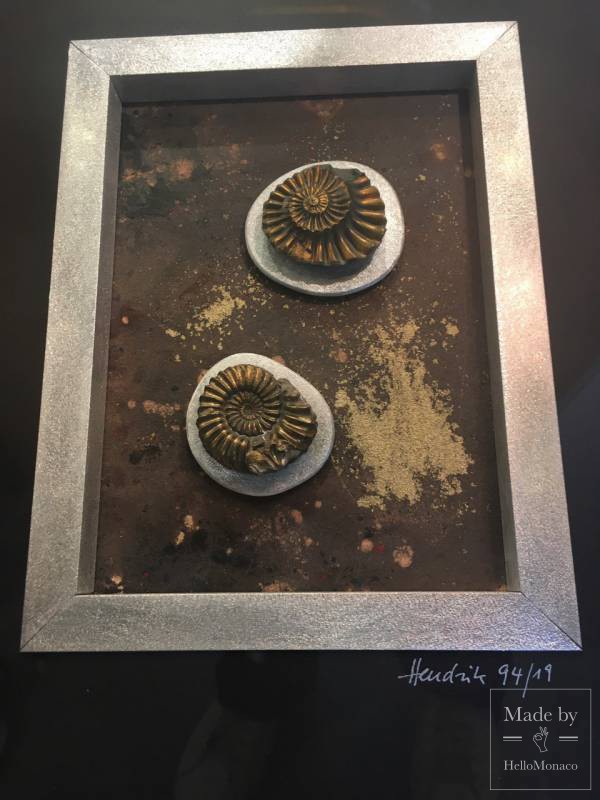 Spend a second day perhaps – at 6 euros it is an experience not to be missed. Take the children – there is free access for those under 7 years old.