The heat wave made it the perfect day for the Fete de la Mer (Festival of the Sea) at Monaco’s Yacht Club last weekend. It was if an invisible hand had decided to create the perfect day to be at the sea: good vibrations, harmony, swimming, sailing and partying. The Fete de la Mer brings residents together to celebrate one of life’s greatest wonders in Monaco, our aquatic environment – it is one of the happiest days of the year. 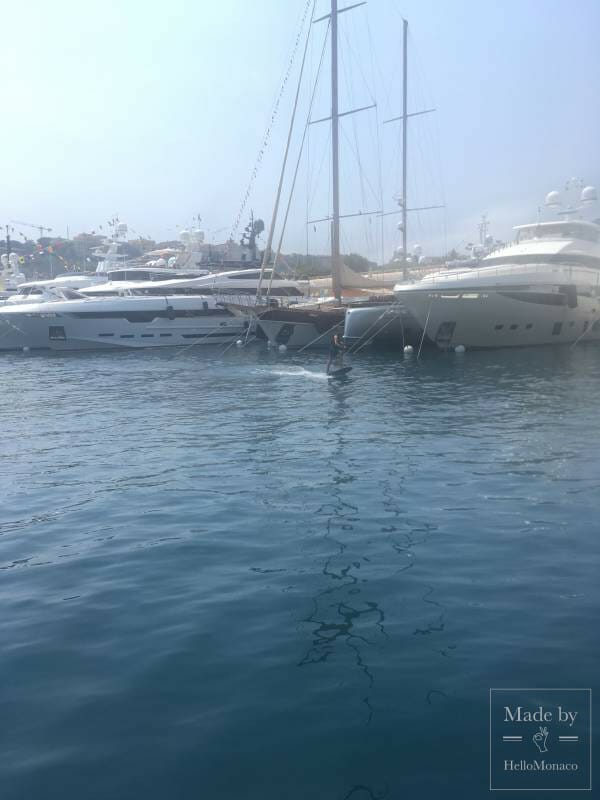 So many of Monaco’s Institutions have banded together with the Yacht Club to organize the festivities for the day that the range of activities on hand for families and children are truly mind-boggling. HelloMonaco was there at the outset when swarms of happy faces raced to the Yacht Club waving their hands to sign on for myriads of fun things – sea-trips, sessions of sailing, sea kayaking, kite-surfing, paddle boarding, flite-boarding, water biking and water-walking balls for tiny tots. The registration desk, staffed by young volunteers in attractive boaters and marine jerseys, was swamped by eager young revellers. 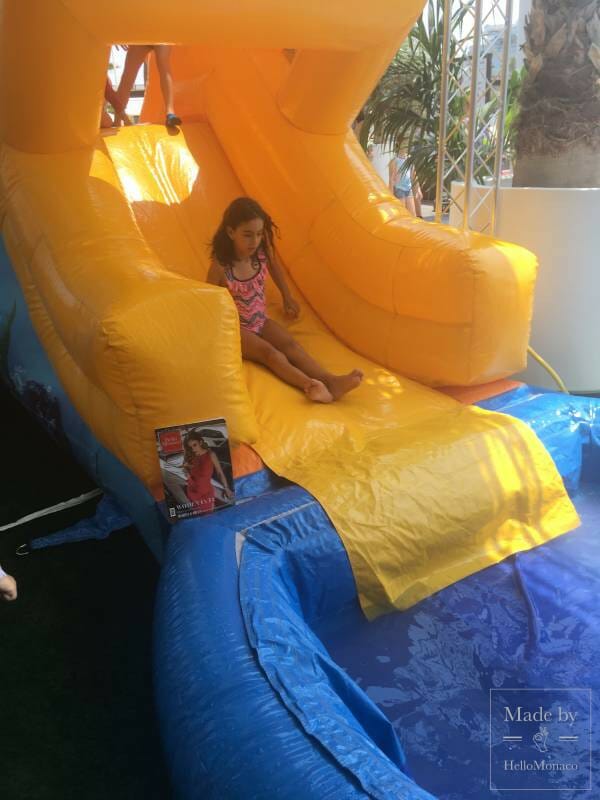 The gigantic water slide five stories high takes a bit of courage. But nothing scares these kids as they fly through the air, even twisting and somersaulting as they hit the end of the enormous slide at “Grand Prix speed” landing with a big splash in the harbour. 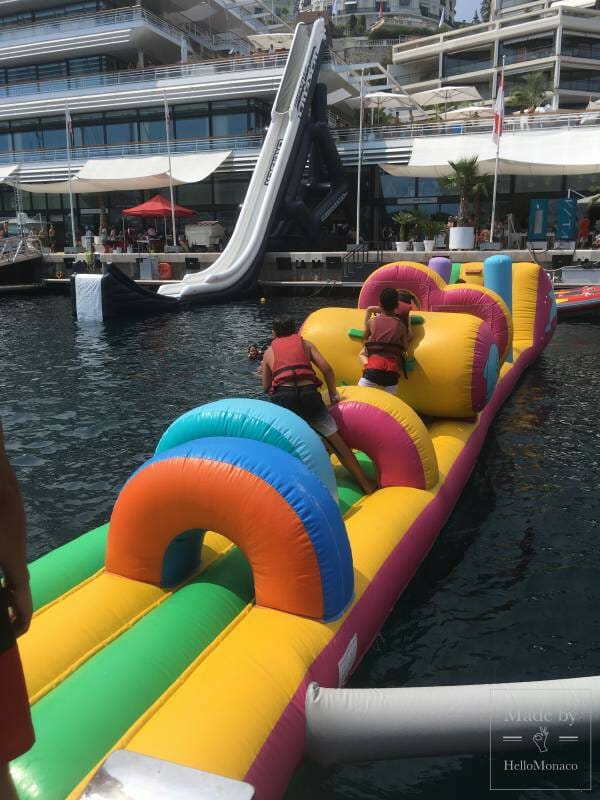 Imagine the scene, the walkways and jettys from the Yacht Club promenade are bustling with activity. In every direction families, – a lot of children but many mums and dads too – are climbing on water-bikes, into yachts and kayaks. You name it, whatever the shape of boat or vehicle, if it sails on the sea, then the Yacht Club had trained volunteers helping the party-goers put on life-jackets and go for a trial run. And the novelty this year were the flite-boards – surfboards that fly above the water like hovercraft – they could give the Yacht Club’s Malizia 2 a run for its money. 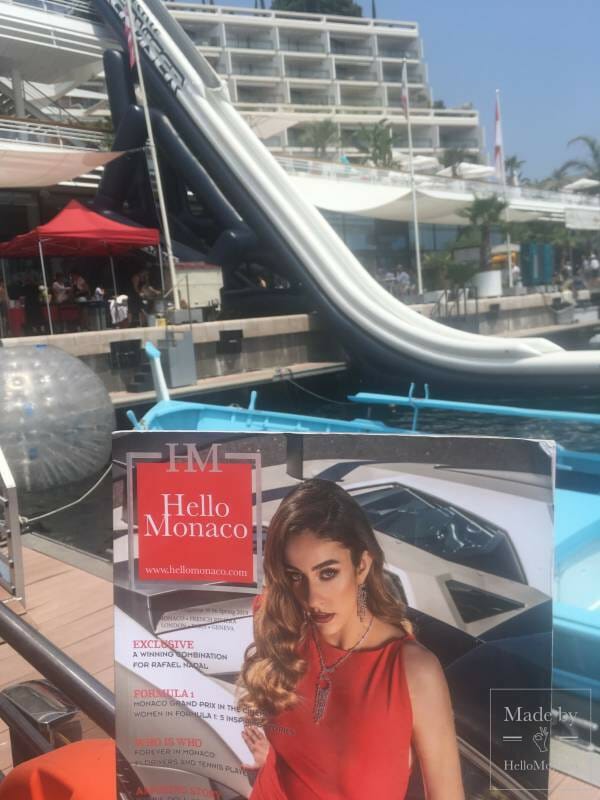 What’s a festival without a parade. This is what everyone is pausing to see. It’s not a normal parade but a wonderful marine parade of boats from Monaco’s two harbours. And this year it includes a special dedication to three brave lifesavers from National Sea Rescue (SNSM) who lost their lives during a shipwreck at Sables d’Olonne last June. It’s a fine show, honouring the lost heroes, and circling to applause from everyone. 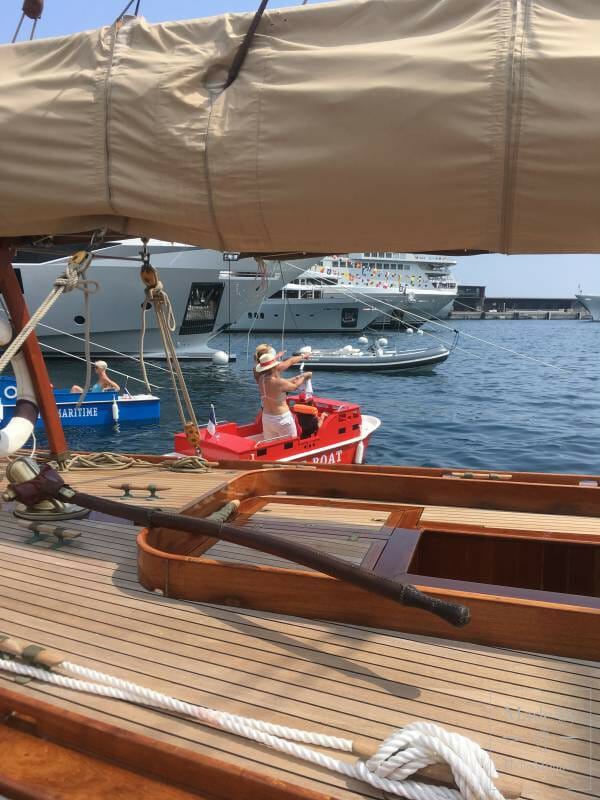 If there were no sea or sunshine you would race there for the Paella or the Barbecued Chicken or the Ice Cream and Smoothies. The food is really delicious and adds to the conviviality inside and outside – so much more fun outside though.

For the occasion the YCM’s flagship Tuiga (1909) opened its decks to the public. A rare privilege. 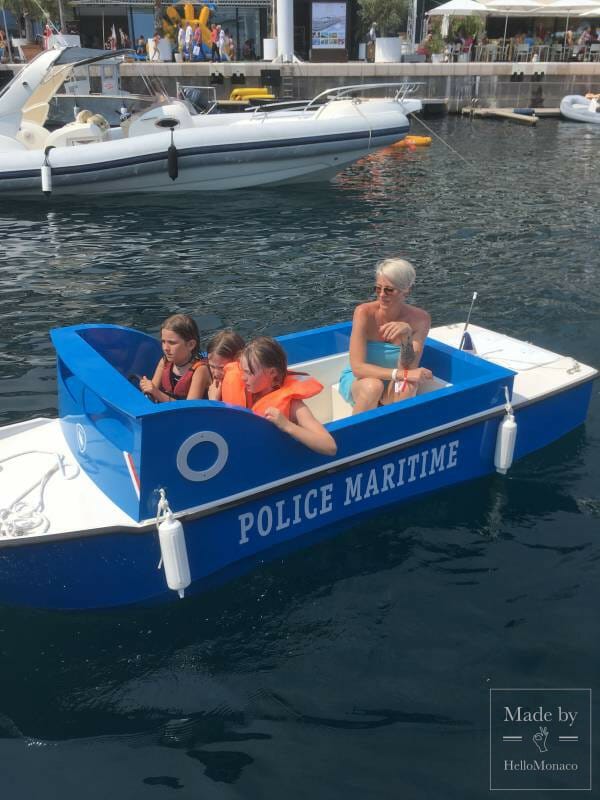 With all this fun there is a lot of subtle learning going on. Enjoying the sea means a clean sea. If you want to visit marine sanctuaries and see whales and dolphins in their natural habitat, then that means respecting nature. There’s life-saving to be learned. And if you want to be healthy and participate in sports then being super-fit helps. 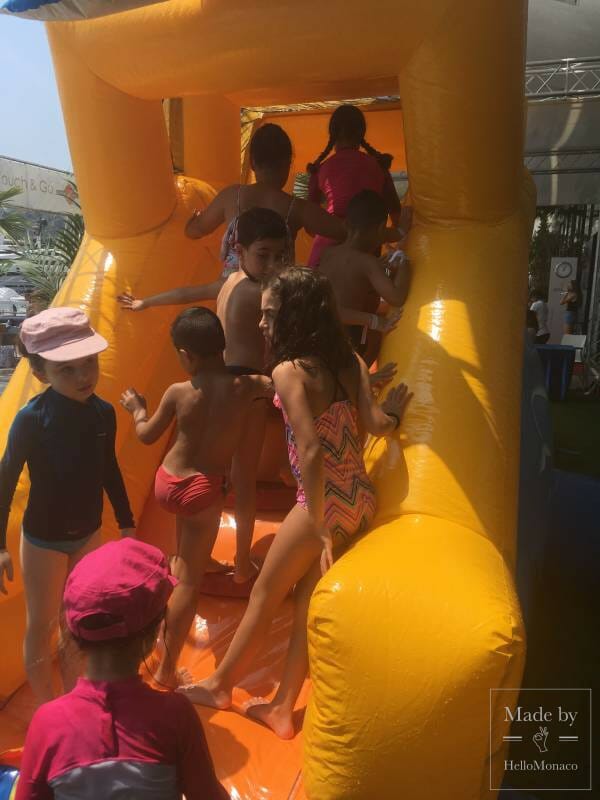 It is no surprise that one of the Summer’s most fun celebrations, particularly the one centred around our magnificent marine environment, does not happen without an enormous effort by Monaco’s leading institutions. All credit to everyone at The Mairie. And all those institutions that have a link to the sea help out including the Monaco Nautical Society and the Association of “Pontons de Monaco”, and the Prince Albert II of Monaco Foundation, the Oceanographic Museum, the Underwater Exploration Club of Monaco and the Monegasque Association for the Protection of Nature. 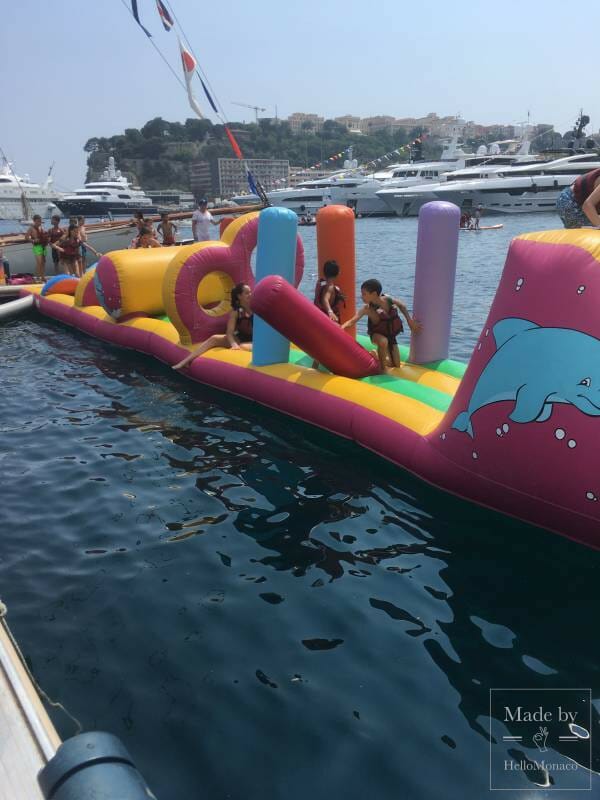 Port Hercule no doubt will once again celebrate the Festival of the Sea in 2020 and beyond. The sea is part of Monaco’s heart soul and Fete de la Mer is Saint Peter the Fisherman’s gift to us. It is an extraordinary celebration – so good it’s worth marking your Calendar for next year’s sequel.