Princess Charlene tested positive for Covid-19 on Saturday 4 June and will be self-isolating for the next several days. According to a press release from the Palace, Princess Charlene’s health shows no cause for concern.

Organized by the Princess Charlene Foundation, the yearly Water Bike Challenge began this Sunday 5 June at Monaco’s Yacht Club. 19 teams (with five participants each) have to complete relay laps by pedalling on water bikes, which can reach speeds of 6 knots (13 km/h) to cover 25 kilometres. 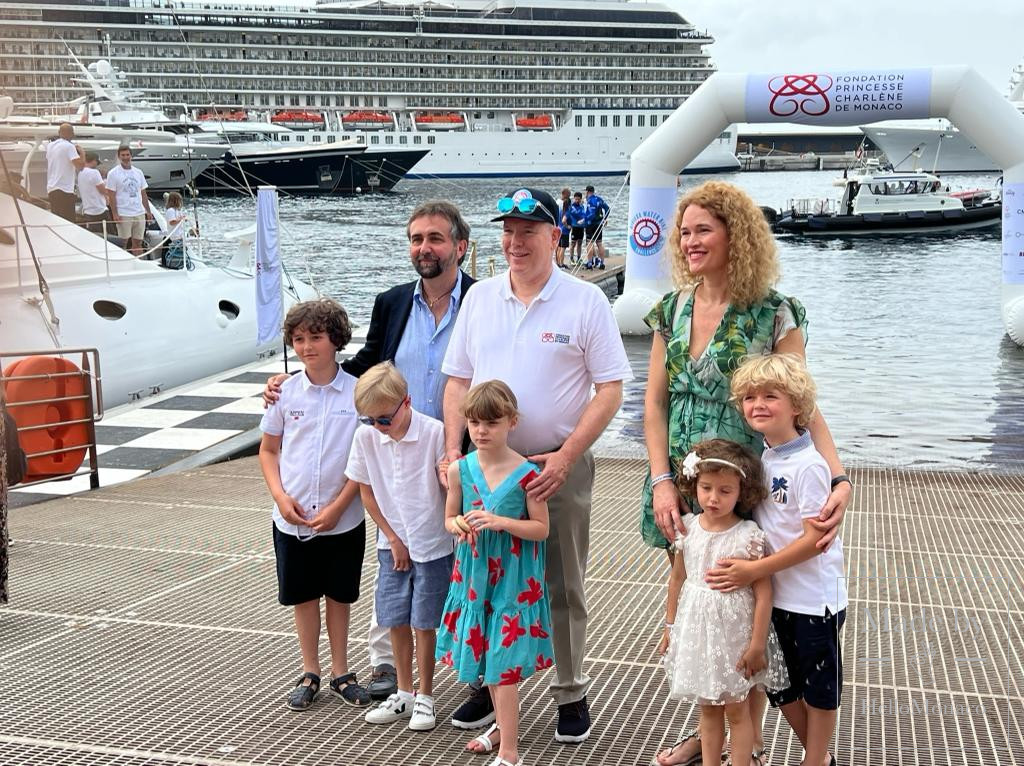 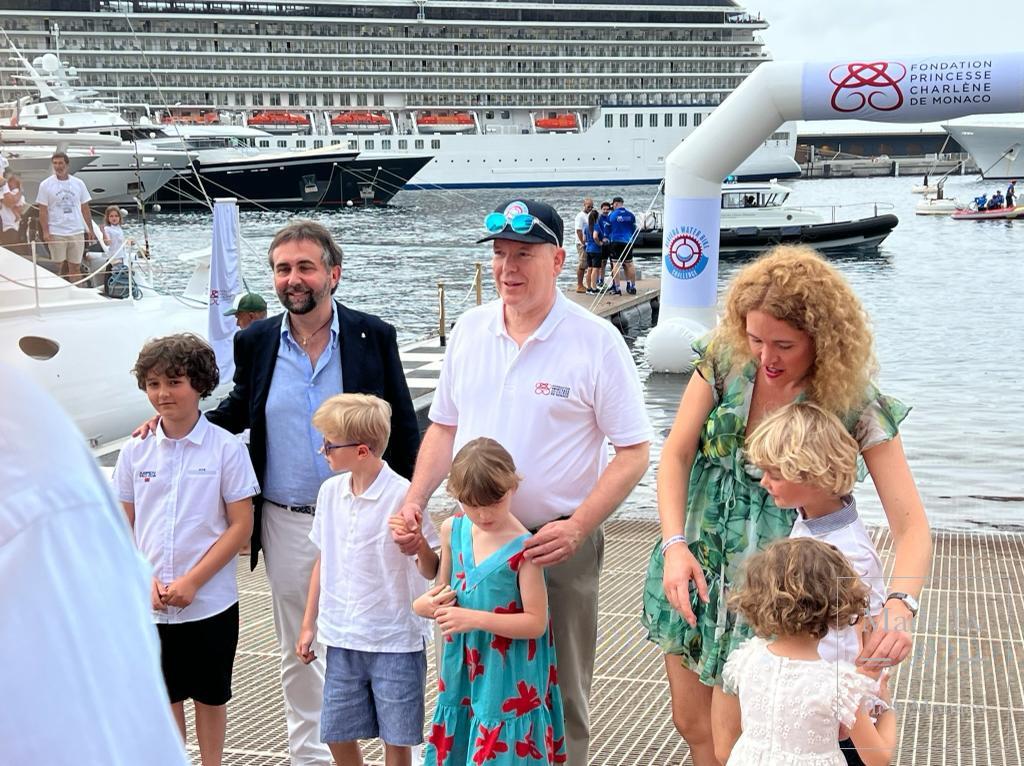 Prince Albert II and Hereditary Prince Jacques opened the 79th Monaco Grand Prix behind the wheel of the new McLaren Artura. The supercar is the first high-performance hybrid from the British luxury brand. The bright orange car driven by the Prince gave Grand Prix fans a special sneak peek at the new model, as it was the hybrid’s first European appearance. The Artura is in line with Prince Albert’s passion for both cars and the environment and has the ability to drive in 100% electric mode. The traditional first lap by Monaco’s Princes began in 1929 with Prince Pierre aboard a Torpedo Voisin.

“In honour of your platinum jubilee, Princess Charlene, the people of Monaco and I would like to express our most sincere congratulations,” wrote the sovereign. “The celebration of the 70th anniversary of your reign is an opportunity for the whole world to recognize your tireless and selfless commitment to the British nation and the peoples of the Commonwealth, as well as your leadership in many fields at the international level…The world has changed enormously over the past seven decades. Yet you have met so many challenges with dedication and generosity. Your Majesty is an inspiration to the world. With my warmest and most sincere greetings on this happy day.”

Emmanuel Macron also commemorated the special occasion by posting a video on social media in which he addresses the 96-year-old Sovereign in English, before paying tribute to Her Majesty at the Arc de Triomphe, in Paris.

Prince Albert II paid a visit to a travelling wooly mammoth, which is on loan from the Museum of Prehistoric Anthropology of Monaco and is currently on display at the Museum of Fine Arts in Chartres. The Prince took in the ‘Mammoths! Giants in the Eure Valley’ exhibition after being invited by Jean-Pierre Gorges, Mayor of Chartres and President of the Chartres Métropole Urban Community.

The specimen, which is 30,000 years old, three metres high and five metres long, has been on display in Chartres since February. During his visit, Prince Albert II also tasted an award-winning Eurélienne beer.