“Honour, Fidelity and Devotion” is the motto which combines a high sense of duty with efficiency and exemplary professionalism. The Sovereign Prince, the Princely Family and the Principality have been under the protection of a special “guardian angel” for more than two hundred years. The Compagnie des Carabiniers du Prince (The Prince’s Palace Guard) is a Historical Army Command that stems from the birth of the dynasty of the Grimaldi Princely Family, in the Middle Ages. Their presence in the Principality is effectively part of the Monegasque heritage accompanying the most representative moments in its history, emblematically synthesized in the modern Ceremony of the Changing of the Guard in the Prince’s Palace Square.

But where did they take their first steps and how did they develop? HelloMonaco went in search of the milestones of the Carabiniers’ long history since their foundation to the present day, discovering some unexpected curiosities.

The Guard takes shape during the rise of the Grimaldi dynasty

After the birth of Monaco, thanks to the cunning ploy by François Grimaldi, nicknamed ‘Malizia’, in early January 1297, Charles I consolidated the domain on the territory up to Menton and Roquebrune, after his appointment as Lord in 1341. Since then, this land had been considered as a pivotal strategic and military position that needed to be protected through a skilled armed force. The Lord’s Guard was mentioned for the first time in 1395 to safeguard Monaco’s Rock, enjoying the support of France. That training unit was made up of some hundreds of local soldiers and a few French and Italian mercenaries. The effectiveness of its mission was successfully tested during the long siege which lasted from 1506 until 1507 repelling the Genoese attacks.

The Spanish came to the aid of Monaco’s Fortress during the Sixteenth Century giving birth to its status as a protectorate under the Treaty of Tordesillas signed in Burgos in 1524. A Spanish Infantry Regiment was then charged with protecting the castle and the surrounding territory but a special Army Corps, made up of about fifteen soldiers, remained in the service of the Sovereign as his “bodyguard”. The ‘Staffieri’ anticipated a future key role a few years before the birth of the Principality in 1612 when Lord Honoré II was appointed as the Prince of Monaco, converting the original citadel into a Palace. In 1643, after the end of the Spanish rule, five hundred French soldiers were engaged to defend the Monegasque Rock by the will of King Louis XIII. These special armed troops, named Prince’s Guard or ‘Carabini’, remained in office for more than 150 years consolidating their role as the personal security force in charge of the Prince, the Palace and the Principality.

The Corps of Carabiniers — Here to Stay

Formally annexed to France under the name of Fort-Hercule as the result of the French Revolution, Monaco regained its independence under the regency of the Grimaldis in 1814. Prince Honoré V reshaped the local army by creating the Canotiers de la Garde de Son Altesse Sérénissime (His Serene Highness’ Guard of Rowers) focused on their Naval role in the Menton district.

Since the 8th December 1817, police services had been granted under the jurisdiction of the Corps des Carabiniers. Everything evolves from that date! Soon after the Carabiniers became the only Princely force in operation.

Under the reign of Florestan I (1841–1856), the territory between Menton and Roquebrune became independent pushing Monaco to reorganize its economy. Not by chance, the foundation of the Casino, at the wish of Prince Charles III, proves to be the most successful winning choice to attract visitors. The rush of people increased further and further, and since 1870, the Carabiniers had been charged to ensure public order. Their presence then became crucial on the occasion of main events like National Day.

Thus, the Prince decided to set up separately a Guards Company, made up of French soldiers soon replaced by Pope Pius the Ninth’s army whose soldiers came mainly from the Italian peninsula, in order to allow them to participate in the Franco-Prussian War.

The Compagnie des Carabiniers puts on its uniform

Prince Albert I officially forged the current military company in the early twentieth century distancing it from the Papal troops. The Compagnie des Carabiniers was already clearly recognizable by its uniforms whose design and details were changed in connection with each different Prince. All members started wearing the typical white pith helmet with a light outfit, called “mitigée” (mixed colour), during summers and a blue pith helmet with a thicker suit during winters.

Under the reign of Prince Louis II, the summer uniform turned full white to better adapt to the Mediterranean sunny climate. Besides defending the Palace, the Carabiniers then started patrolling the whole urban area, notably in key spots like Casino Square and the Exotic Gardens, and taking part in services of honour.

Due to World War I enrolment, the defence of the Principality was reduced drastically to just a local Guard. Only a handful of soldiers stayed in Monaco strongly supported by an exceptional civilian defence service appointed by the Carabiniers. The Carabiniers themselves played an even more important role being actively involved on the French front, despite the Principality having declared its neutrality.

The visionary approach of Prince Rainier III revolutionized the well-established Carabiniers’ security body encouraging more specializations compared to traditional tasks with the aim of facing new challenges. Motorcycle platoon, first aid, safety drivers, underwater divers, a Military Band are some of the main missions that are still carried out by the Carabiniers in addition to some extreme safety assignments, notably safeguarding all visits to the Palace since 1949 and the on-call duty at the Princely estate of Rocagel, since 1960.

In particular, the ‘Orchestre des Carabiniers du Prince’ (Prince’s Carabiniers Orchestra), drawn from the active military, has been playing outstanding musical background at the more significant ceremonies, sports and cultural events tied to the Princely Family — since its establishment in 1978 under the name of Fanfare. The current composition has been officially representing the Sovereign Prince since 1989 and offers a broad musical repertoire including the unforgettable melody of the national anthem strongly linked to the Provençal tradition. 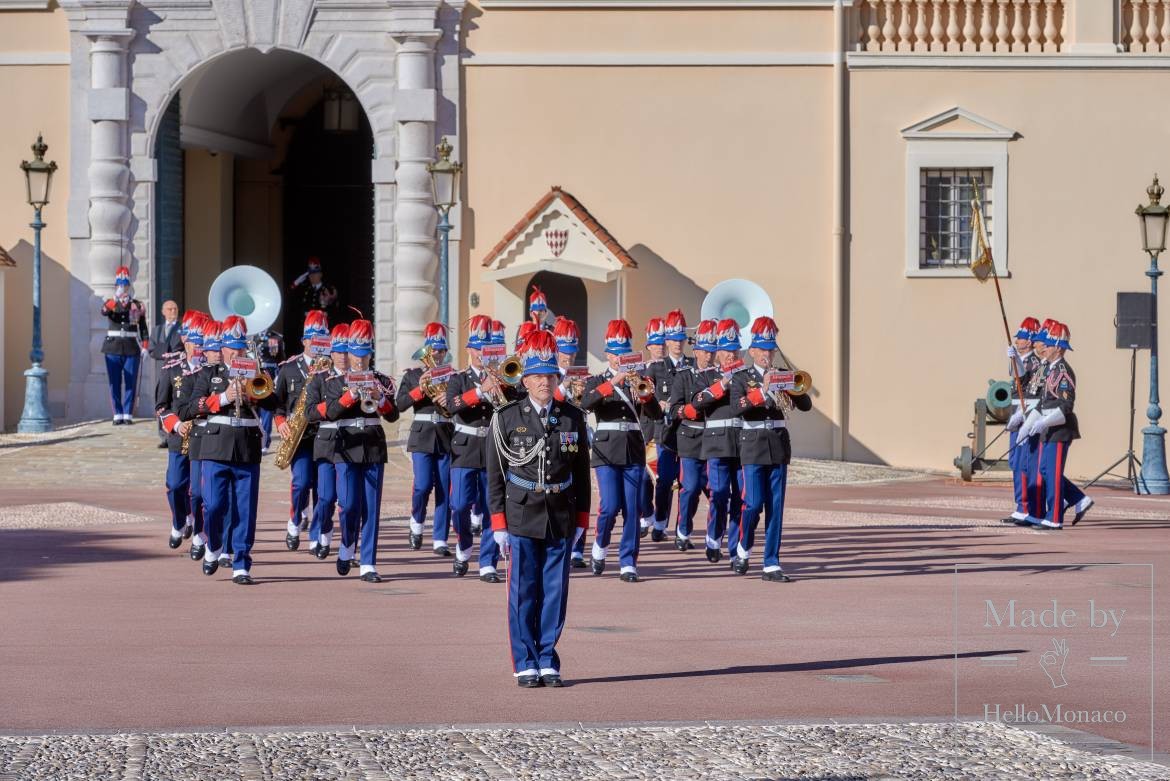 The Russian Commander at the service of the Grimaldi

Among the outstanding memorabilia housed at the Musée des Princes de Monaco et de Leurs Gardes (Museum of the Princes of Monaco and Their Guards) a very special uniform is kept, a meaningful piece of history within Carabiniers’ headquarters. How meaningful the exhibit is will not be totally apparent at first sight but details make the difference. Along with the military buttons of Prince Rainier III who the soldier served, those of three further foreign armies stand out. An extraordinary array of high decorations reveals the identity of a very representative figure.

“His name was Alexandre de Knorré, born in St. Petersburg in 1894, and his atypical glorious military career and ability to speak fluently German, English, French and Persian brought him to serve prestigious regiments of four different nationalities: the Russia of the Tsars (his birthplace), Iran, France and finally the Principality of Monaco”, pointed out Sergeant Major Bruno Vogelsinger, the historian who is responsible for the Museum space.

The story of this great man is something incredible and rare in the military world. Early in his career, Alexandre soon achieved the position of Captain in the Russian Imperial Army, the renowned Izmailovsky Guard Regiment, facing World War I courageously. He then decided to go into the service of the Persian army, the Iran Shah’s Cossack division, where he remained a couple of years, as Captain. In July 1925, he was named second lieutenant in the French Legion of Honour with a brilliant career leading up to Battalion Commander in no time, taking part in memorable military exploits, including World War II and with the Free French Army of General de Gaulle. In March 1946, Alexandre de Knorré took command of the Prince’s Carabiniers Company, a leading commitment that he maintained until his retirement in 1954, remaining tied to Nice area until his death in 1985. A truly unique and inspiring story! 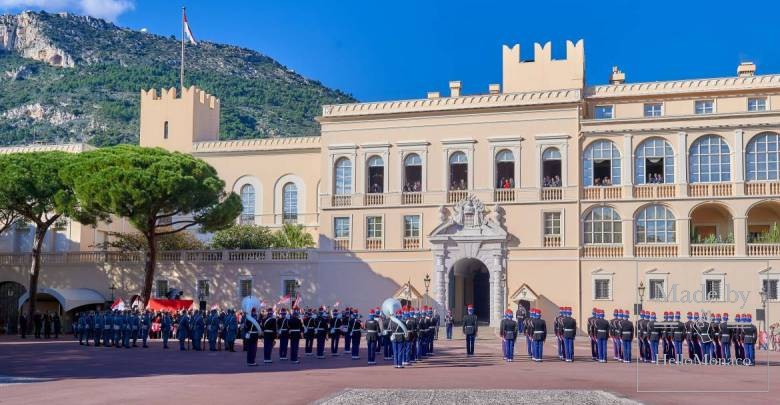