It’s nice to sit down with a cup of coffee and a newspaper after a long week, except now most people have long substituted newspaper with online sources and sit down with their cell phone instead. So here is your newspaper substitution.

Every year since 1981, the Monaco City Council organizes a competition for Monegasque language, culture and history, with written and oral tests.

The highlight is the awards ceremony which takes place in the main courtyard of the Town Hall. The best students were rewarded by the Sovereign Prince and the members of the Princely Family. Mayor Georges Marsan welcomed the Prince and the students together with many elected members of the municipal council, as well as Melanie Antoinette de Massy, Monsignor Bernard Barsi, Archbishop of Monaco, Stéphane Valeri, President of the National Council, generous donors and Patrice Cellario, Minister of the Interior representing the Minister of State. It is a strong sign of the attachment of the entire country to its language, that Prince Albert himself attends this traditional awards ceremony of the Monegasque Language.

Free Buses in Monaco for a year: the President of the Conseil National Urges Action at the Junior Chamber of Commerce 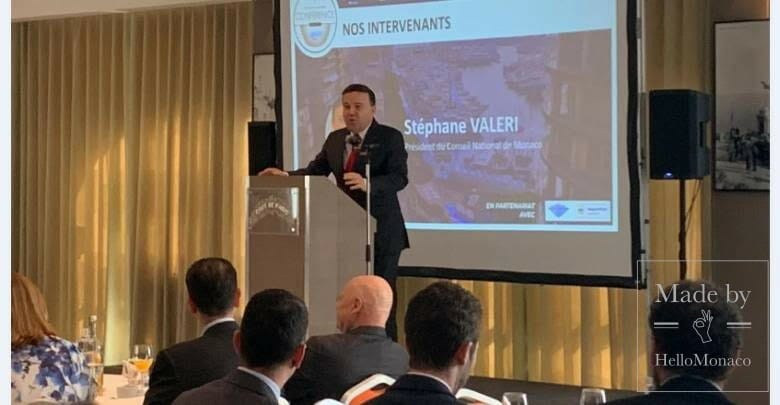 Sparks flew in the debate the other evening at a meeting of the Junior Chambre of Commerce.
Stéphane Valeri, Président of the Conseil National did not mince his words in a debate with Marie-Pierre Gramaglia. The subject? Quality of Life in Monaco and the social costs of Economic Development. Monegasques are getting fed-up with excuses. There’s just too much congestion and noise in the Principality he argued passionately – pointing the finger at the Minister Marie-Pierre Gramaglia.

Fleet of electric taxis to be introduced for summer season

At the initiative of the Prince’s Government, a fleet of 20 electric taxis will be introduced during the week beginning 1 July for a test period lasting until 31 October.

These 100%-electric vehicles will carry out journeys within Monaco only, although they will serve the Monte-Carlo Beach, Monte-Carlo Country Club and Marriott Hotel. The basic fare, not including waiting time, is set at €15.  It will be possible to hail the taxis in the street.

Roger Moore is a famous British actor who will perhaps always be remembered for his role as James Bond in seven of the 007 series films from 1973 to 1985. As he played the role of a dashing spy, Moore also found himself a home fit for James Bond in the glamorous Principality of Monaco.

If there were an equivalent of the Monaco Grand Prix in the world of Chess, the women of the Chess Circle of Monte Carlo just took first place on the podium.

The news that is reverberating in the Principality is that the Chess Circle of Monte-Carlo has won the Women’s Club Championship of France (Top 12 Women) – and also another championship, the Parity Cup, paired with the men. Both competitions took place in Saint Quentin in Picardy in Northern France.

World Records Fall in a Race across the North Atlantic

Do you think you could row a boat across an Ocean? There is a Frenchman that is addicted to it, no matter the danger of typhoons, giant waves and sheer exhaustion. His name is Emmanuel COINDRE, and even though he holds innumerable records he doesn’t even call what he does a feat. He modestly calls them attempts.

Mercedes driver Bottas and Red Bull’s Verstappen both went off heavily, the session stopped each time for their badly damaged cars to be recovered. Ferrari’s Charles Leclerc set the pace in a dramatic second practice session at the Austrian Grand Prix as Valtteri Bottas and Max Verstappen crashed. Leclerc ended up ahead of Bottas, Red Bull’s Pierre Gasly and championship leader Lewis Hamilton.

Friday 21st June 2019 at 9:30 pm, in the Grimaldi Forum of Monte Carlo has been presented by Maison Arleoni a new precious Limited Edition and Haute Couture Collection, designed and presented by Couturier and Art Director Angelica Arleoni.