This week in the centre of Monaco’s news is of course the National Day or the Prince’s Day but there is much more to this week. So don’t miss anything and read this digest.

The 13th edition of the operation “1 birth = 1 tree“ organized by the Monaco City Hall in partnership with the National Forestry Office (ONF) has taken a different course in this uniquely challenging year 2020.

So this year, due to the health crisis linked to COVID19, the Monaco Town Hall was forced to cancel the symbolic planting of trees, the operation called “1 birth = 1 tree”. This usually takes place in the town of La Turbie. However, the Communal Council wanted to involve and recognize the families of municipal employees who had a declared child in Monaco in 2019, as is customary, in order to symbolically mark this 13th edition.

Monaco Ports’ brand new marina, the Cala del Forte, is now officially open. Located in Ventimiglia, Italy, the marina is only 15 minutes (or 8 nautical miles) from the Principality.

Ventimiglia, known for its picturesque scenery, famous farmer’s markets and delicious restaurants, is now home to Monaco’s third port. Cala del Forte and its two sister marinas, Port Hercules and the Port of Fontveille, operate at the same high standards with the same commitments to security and ecological sustainability.

Both wet and dry conditions and a highly criticized newly-surfaced track led to an awful start to the Turkish Grand Prix for Ferrari – Leclerc 14th in qualifying with Vettel just ahead in 12th – 6 seconds off the pace.

Leclerc even fell back from 12th on the grid to 19th on Lap 7 in the early stages of the race proper. And then the magic – Leclerc roared into contention on the initially impossibly challenging wet Istanbul surface and was amongst the first of the drivers to have the intelligence to switch from wet to intermediates tyres on the seventh lap. By Lap 31 he had advanced to 9th and set about launching his attack for a spot on the podium.

The greatest challenge to overcome the current world health emergency is to detect COVID-19, namely SARS-CoV-2, cases with a reliable and fast method in order to treat patients in a timely manner and reduce the spread of the pandemic. An important step has just been taken to achieve these objectives in the Principality. On Monday the 16th November 2020, a new ‘P3’ Laboratory was inaugurated at the Centre Scientificque de Monaco – CSM (Monaco Scientific Centre) by H.S.H. Prince Albert II of Monaco accompanied by a delegation from the highest representative offices. This highly advanced diagnostic lab will serve as a crucial hub for COVID-19 PCR (Polymerase Chain Reaction) tests, the most well-grounded way to find out whether to be positive or negative to the virus. Monaco Scientific Centre was considered as the best place where to install the new equipment, on the basis of its technical knowledge by the will of Monaco’s Government, strongly committed in the fight against coronavirus.

Preliminary budget for 2021 will show deficit of €114.5 million: “The goal is to safeguard Monaco’s economic and social model”

“This is a budget which has been put together against a background of economic uncertainty, but it is proactive and based on the main pillars of the Government’s policy, such as the Economic Recovery and Job Support Plan, and the National Housing Plan for Monegasques.”

Minister of Finance and Economy Jean Castellini, accompanied by Sophie Vatrican, Director of the Department of Budget and Treasury, gave the press an overview of the draft preliminary budget for 2021. The draft will be submitted to the National Council for review and a vote next month.

No Fishing Allowed in the New Marine Reserve Near Monaco

A positive move forward for the environment and it’s been many years in the making. The good news is that another marine reserve has just been created and close to Monaco too. In fact the file starting the project reportedly goes back about 25 years to the mid nineties.

The Reserve covers an area of over 240 hectares off Cap d’Ail – bigger even than the municipality itself and encompasses about half the Cap d’Ail coast line. It also is home to Posidonia which is a seagrass, a genus of flowering plants. Posidonia contains nine species of marine plants (“seagrass”) and one of the few places it is found is in the seas of the Mediterranean.

Monaco’s Lucas Catarina picked up his third tennis tournament win this year in Portugal at the end of September. The young player is climbing the ranks and is well on his way to one day participating in Grand Slam tournaments. He is currently playing in the finals at the ITF Greece F10, which ends on 8 November. 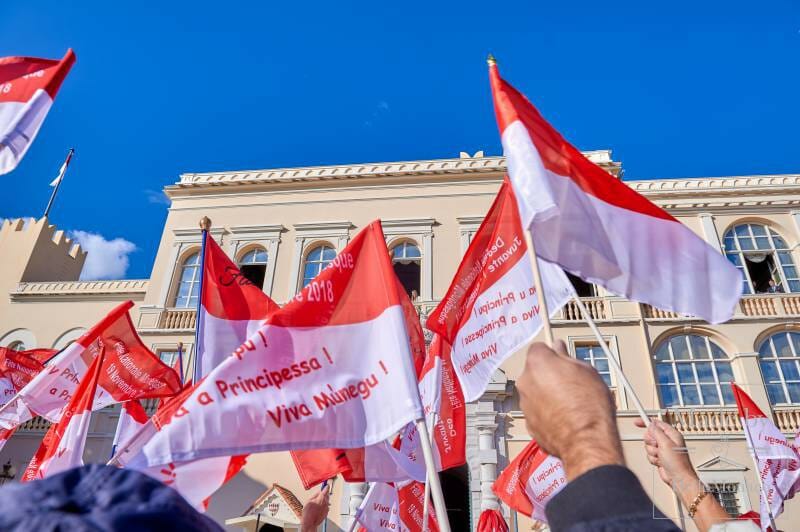 A truly historic event for the National celebration of Prince Albert’s Day – to be accompanied by hereditary Prince Jacques, almost six year’s old, in full carabinier guards’ regalia. And completing the wonderful picture, the Sovereign’s wife Princess Charlène and their daugther Princess Gabriella. One of the oldest European dynasties lives on with the youngest of hopes.

This Monday, November 16th, HSH Prince Albert II inaugurated the new facilities of a secure laboratory known as the “P3” laboratory at the Scientific Centre of Monaco (CSM).

The Sovereign Prince, surrounded by Minister of State Pierre Dartout Government Councillors, Didier Gamerdinger and Patrice Cellario, the Interministerial Delegate for Digital Transition, Frédéric Genta, as well as the President of the National Council Stéphane Valéri, the Deputy Director General of Roche Diagnostics France, Carlos Justiniani, and by the President of the CSM, Patrick Rampal, was able to review the use of a new analytical platform for “high-throughput molecular biology” recently acquired by the Principality, the Cobas 6800.