Learn about the most interesting Monaco news that were in the spotlight this week and stay updated with HelloMonaco.

Police in Monaco will soon be equipped with smartphones to check the QR codes of mandatory health passes.

In a recent interview with Monaco Info, Police Commissioner Richard Marangoni reminded the public that police will also remain vigilant about wearing a mask, which is mandatory in Monaco since 24 July. Police noted 650 cases of people not wearing masks and issued 37 fines last weekend.

The 24th edition of Rallye Monte-Carlo Historique will mark the return of concentration legs, with three emblematic cities on the starting list: Bad Homburg, Milan and Reims. And three different routes… to the same destination: Monte-Carlo. This move was wished by the Organizing Committee at Automobile Club de Monaco (ACM) in order to boost the economy of the Principality and to welcome again crews coming from all over Europe ! The route for this edition – with a record number of 17 regularity stages (SR) – will be a cocktail of diversity and difficulties. The stages on the menu will all be remarkable, just because whole pages of the legend of Rally Monte-Carlo were written on these roads and passes. There will be a whole lot of candidates ready to fight and willing to add their names on the tables after Henrik Bjerregaard and Jaromir Svec, the last winning crew aboard a 1979 Ford Escort RS2000…

Theatre lovers will be happy to know that the 17th World Festival of Amateur Theatre will take place in Monaco from 17-22 August 2021. Every 4 years since 1957, this international event, organized by the Studio de Monaco, brings artists from around the globe together for workshops, performances and awards.

This year, the oldest international cultural event in the Principality will gather 190 performers from 15 countries at the Festival Village, located at the Théâtre des Variétés and the Princess Grace Theatre. Held under the High Patronage of the Prince of Monaco, the festival is also a chance for the AITA/IATA to hold its 37th World Congress. 200 volunteers will be tirelessly helping put on the free event.

Monaco is a melange of dozens of different cultures and traditions. The Principality’s centuries-old history is firmly rooted in Italian and French heritage – up until the mid 19th century, its territory was alternately dominated by one or the other. At the same time, Monaco has its own authentic culture and microclimate. Some 125 different nationalities live happily on its two square kilometres. Monaco annually holds a number of all kinds of events: exhibitions, film screenings, forums, concerts and lectures on different cultures. The organizers of “Belarus: History through Art” are also delighted to give Monaco residents a glimpse of their country’s art and history.

Collection of superyachts at the 2021 Monaco Yacht Show

In two months, the Monaco Yacht Show will return to the quays of Port Hercule and will unveil another outstanding fleet of superyachts on display for purchase or charter by the leading names in the yachting industry.

The Monegasque Basketball Team La Roca has updated its roster, announcing plans for the upcoming sports season. This year, three new players have joined the team all at once including 30-year-old defender, Serbian Danilo Andjusic (1.95 m) who finished in the Top-5 this season. Also, 26-year-old Paris Lee (1.83 m) has successfully debuted in the American championship and has left his Orleans club to join the La Roca. And the third promising player to join is 18-year-old Armel Traore. This young athlete stands out for his amazing physique – one of the reasons La Roca has chosen this 2.02-meter tall player to pursue his sports career with the monegasque club.

For many years now, the AS Monaco Academy has been in the top 5 of the rating system for training centers for French professional clubs, currently with 4 out of 5 stars, tied for example with stellar clubs like Paris Saint-Germain.

This excellent position in the ranking is a salute to the very good season achieved by young players like Benoît Badiashile, one of the players trained in Ligue 1, now with the third longest playing time (2,871 minutes played). Four other Academy members (Chrislain Matsima, Giulian Biancone, Eliot Matazo and Enzo Millot) also took part in matches. And with 22 professional contracts, AS Monaco is one of the teams that offers the most to its young players.

This September at the 2021 Monaco Yacht Show, visitors will discover a brand-new exhibition area dedicated to design and innovative solutions in superyachting: the Yacht Design & Innovation Hub.

It was a dramatic, chaotic start to the race at the Hungarian Grand Prix on Sunday. Rain fell half an hour before the beginning at the Hungaroring, prompting all 20 drivers to start on intermediate tyres but it was like a bowling alley from the start with skittles flying everywhere and five cars were knocked out during the first lap.

Unable to master the wet and slippery conditions well, Mercedes driver Valtteri Bottas failed to brake precisely while trying to overtake McLaren’s Lando Norris, ploughing into the back of his car and causing him to veer across the track and collide with Verstappen — at the same time Bottas himself ploughed into Verstappen’s Red Bull teammate Sergio Pérez. 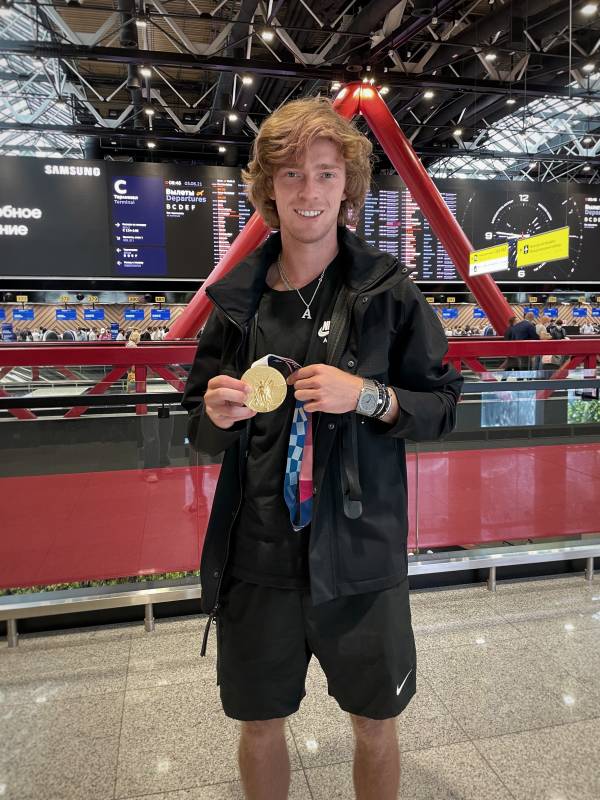 BVLGARI cordially congratulates its Ambassador Andrei Rublev on his victory at the Tokyo Olympics.

On Sunday, August 1st, paired with Anastasia Pavlyuchenkova, they won Olympic gold medals in mixed pairs competition – the first in the history of Russian tennis.