This week in Monaco was about new health measures and new projects. So read our digest and don’t miss any interesting news.

Prince Albert opens up about Fatherhood

Prince Albert opened up about being a dad to 6-year-old twins Prince Jacques and Princess Gabriella in a recent interview with People Magazine. The interview is part of ‘People Royals’ very first issue. The magazine covers news about the world’s favourite royals, including Prince Albert, Meghan, Harry, and Queen Elizabeth.

In the exclusive interview, Prince Albert revealed what makes the two royal twins different. According to the Prince, Jacques is a little more shy and a little quieter, but he can also come up with some very funny things. He’s a great observer and loves to size up the situation. Meanwhile, Princess Gabriella is a little more outgoing, and definitely has the gift of gab. Prince Albert also spoke about Princess Gabriela’s loves of dancing, singing and being in front of people.

After a pro-active call by the Conseil National, the government announced this Wednesday March 10 three new health measures against Covid-19.

Nearly 6.000 new Pfizer vaccine doses for those aged over 55s have been received in Monaco this Wednesday. Recalling the priority of vaccination in the Principality, Pierre Dartout announced that these 5,850 new doses will be used to vaccinate as soon as possible those who are aged over 55.

Construction projects throughout Monaco have been making progress with the reopening of the Exotic Garden’s Botanical Centre and the José Notari Video and Sound Library. The public can now enjoy the two spaces with free entry, as of 8 March 2021. In other construction news, work on the Exotic Garden itself is taking longer than anticipated, meaning that the garden will now remain closed until 2022.

Government Bonuses for the purchase of electric and hybrid vehicles

For more than 25 years, the government has been committed to an incentive policy in favour of electric vehicles, with the objective of improving air quality and reducing greenhouse gas emissions, of which mobility accounts for 1 / 3 in the Principality. This policy is based on aid which has evolved since 1994, the date of their creation, in order to refocus it on the most effective vehicles and to take into account technological development.

As part of the Economic Recovery Plan, the government has decided to support car and motorcycle dealerships in the Principality while accelerating the transition of the Monegasque fleet.

Transformation of pedestrian crossings in the Principality

Particularly attentive Monaco habitants have noticed that vertical white stripes are now attached to thoroughfares, particularly in the Monte Carlo area. The reason for this is to support the blind and visually impaired. Thanks to this modification, the pedestrian crossing is a simple strip, sealed onto the road, but it greatly improves the comfort and safety of the visually impaired and blind.

Memorial Ceremony for the victims of coronavirus in Monaco

A ceremony is planned in the Principality of Monaco to honour the memory of the victims of Covid-19. The ceremony will take place on Thursday, 11th March 2021, at 12:30 p.m., in the Cathedral of Monaco, chaired by Archbishop Dominique Marie David.

Light at the End of the Covid-19 Tunnel in Monaco? 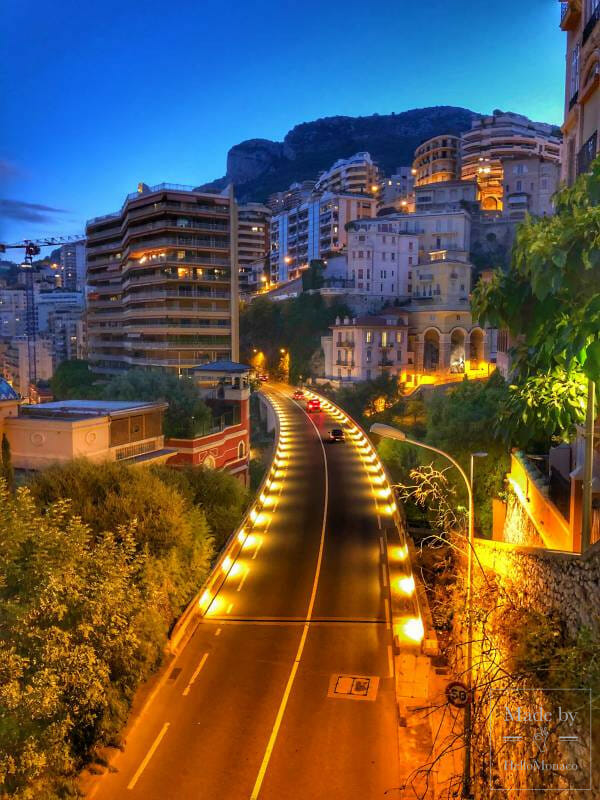 As the total number of Covid-19 infections registered in the community rises above 2000 since the beginning of the pandemic, there were some encouraging signs in the last couple of days of a reduced number of infections – 4 on the 7th March and 5 on the 8th March. Not to mention that 1800 of the 2000+ infected have been cured.

The health situation and precautionary measures related to Covid-19 has led to a postponement for a second time of the 66th edition of the Rose Ball (Bal de la Rose) until March 19, 2022.

For more than half a century this traditional ball, this traditional ball has remained a highlight of the Principality. Each year, the royal family chooses a famous artist or fashion designer to decide on a theme and decorate the Ballroom. Every year, Princess Grace was personally involved in the event’s preparation. The choice of roses as a main detail of the decoration was not random, as roses were the favourite flowers of Monaco’s beloved Princess.

Monaco has finally joined the ranks of other countries who offer high-speed fibre optic internet to their populations. Monaco Telecom is currently connecting each home to this new digital network.

It’s not popular with many elected officials, including the Mayor of Nice, but there is an extension of the weekend partial lockdown in the coastal strip of the Alpes Maritimes to this upcoming third weekend.

This has been confirmed by government spokesman Gabriel Attal in his announcement after France’s Council of Ministers had met.

While preserving its DNA as the industry leader of sports media and technology face-to-face events, SPORTEL has introduced SPORTEL+, an exciting new virtual platform of engaging experiences, including eTALKS, which are strategically designed to complement SPORTEL live events and connect with the community digitally.