This week in Monaco was all about health measures, coming events and construction projects. In case you were busy to follow the news this week, here is an update for you.

A new project aimed at pedestrians and tourists will connect Port Hercule to the new Anse du Portier eco-district via a footbridge. The Ecopolis association put forward the urban planning project which combines aesthetics and the appeal of walking in the Principality. The footbridge, still in the early stages of development, would link the Yacht-club and the future seafront extension community. The elegantly designed bridge, in the open air and below the Fairmont hotel, would make it possible to avoid walking under the Louis-II tunnel.

Health authorities in Monaco are currently testing the reliability of two new oral tests, considered easier and less unpleasant than nasopharyngeal swabs, at the Espace Léo-Ferré.

PCR nasal tests are the main way that the Principality (as well as the rest of the world) is testing for COVID-19. But the nasal swab, which measures about fifteen centimetres long, is not very comfortable for the patient being tested. Especially for a child who may move around during the sample. Monegasque health authorities are studying alternative mouth swab tests as part of their health strategy.

The Principality is gearing up to host an unprecedented three Grands Prix events this season, between 23 April and 23 May 2021. After Covid-19 took motor racing away from the emblematic circuit last year, the 2021 races promise to be extra-special.

The Prince’s Government has just taken note of the announcement by the French authorities of the relaxation of health controls for residents of the Principality of Monaco who travel to the Var.

Concretely, as is the case for the Alpes-Maritimes, residents of the Principality of Monaco can go to the Var department without a PCR test, as long as the trip remains less than 24 hours.

Was 2020, when the scourge of the pandemic stole all the headlines, the year everyone wants to forget? Not for Joshua Cheptegei who thumbed his nose at the pessimists and blazed to a 5000 metre world record.

Monaco’s Princely Government has immediately tightened the conditions for French citizens and French residents entering its territory, by requiring anyone from France to have a negative PCR test of less than 72 hours and a certificate of non-contagiousness for Covid-19.

Frontier workers, schoolchildren and students, as well as residents of the Alpes-Maritimes coming to the Principality for less than 24 hours are exempt from these measures.

Just as the Grand Prix is a superhuman event to stage we also watched the Monte Carlo Country Club go through months of preparation in 2020 to host the Monte Carlo Rolex Masters tennis tournament. It then came as a shock that Monaco’s second most prestigious event was cancelled as the Covid-19 epidemic took hold. One had hoped at least that the tournament could have been filmed, even if for health-safety reasons spectators could not be allowed to crowd the stands.

But as the eye of the storm of the pandemic started to dominate the world, the safety of the players and the difficulty of flying players into and around Europe made holding the tournament in 2020 impossible. Not long after the Monaco Grand Prix also fell victim. And so 2020 became the historic year of nightmare cancellations of the world’s greatest events. 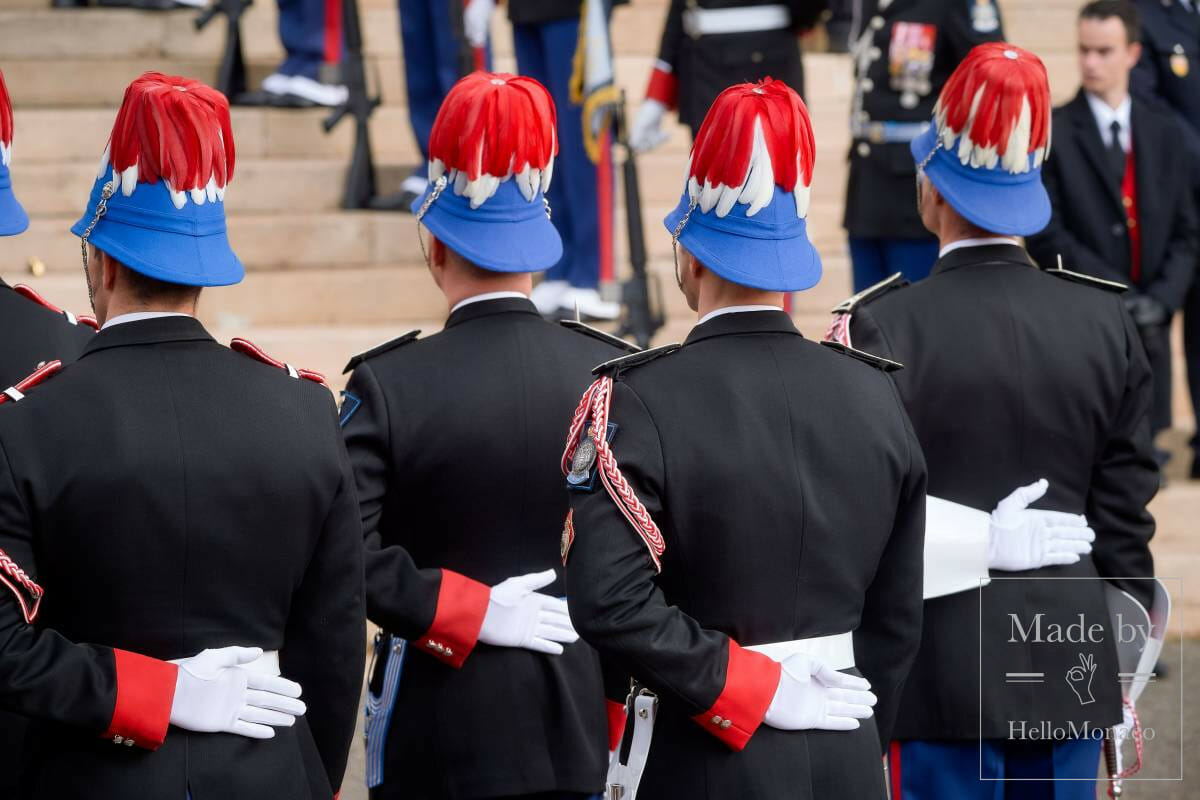 At the request of the Prince’s Government, the Military Force, comprising the Palace Guards and the Fire and Emergency Service, was mobilised at the beginning of the pandemic and is playing an active role in the operation of the National Testing Centre at the Espace Léo Ferré.

Fifty-four soldiers – 25 Palace Guards and 29 firefighters – have been trained in the administration of serological and antigen tests, as well as in how to take nasopharyngeal samples for PCR testing.