Another busy week in Monaco is coming to an end. Learn what has been going on these days in the Principality in one article.

On 23rd April the «Les Grandes Marques» car auction will take place in Monaco at the Fairmont Monte-Carlo. Taking advantage of the legendary Monaco Grand Prix, Bonhams holds an exclusive car auction a month before the race. «Les Grandes Marques» will present 8 rare cars, some of which have legendary stories. Collection of vehicles is strictly by appointment only and at least 24-hour notice must be given, according to the Bonhams website.

Monaco Marine has some great news to share this year: Monaco’s shipyard is investing 6,500,00€ in Chantier Tréhard in Antibes. The facility is already named Monaco Marine Antibes.

The project is not a spontaneous idea, it has been developing since 2012. Tanguy Ducros, the commercial director of Monaco Marine, is convinced that thanks to the company’s long experience and the years of work on this project, Monaco Marine Antibes has every chance to become not just an innovation, but to become the perfect shipyard. 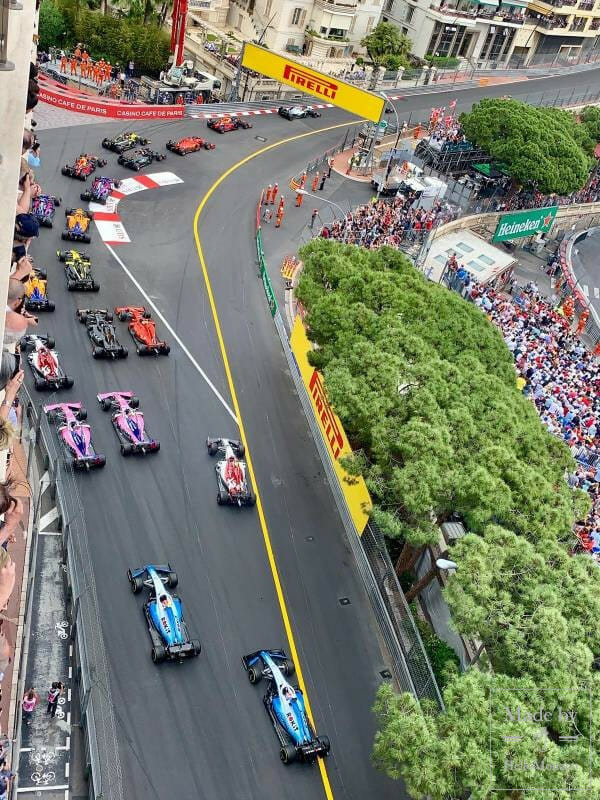 Monaco 2021 is a very special year in the 21st century Calendar for motor racing enthusiasts. It is so unique it is possible it may never happen again or perhaps only a handful of times in the century – who knows!

Three of the great racing events in Monaco are happening in 2021 as if making up for the loss of all of the 2020 grand spectacles. 2021 features the Historic Grand Prix, the Monaco F1 Grand Prix itself, of course, and the ePrix.

For a few days now, the first installations of the SmartEar device have been underway for beneficiaries of the Seniors Service and Social Action of the Monaco City Hall.

This device is intended for deaf and hard of hearing people, it converts sounds into coloured flashes: each sound is associated with a colour (for example: red for triggering the fire alarm, green for the door bell, blue for the telephone, yellow for the alarm clock, etc.).

Words of Wisdom in Monaco with Yulia Salnikova

This rising Monaco-based tennis star has already had a spectacular career. 22-years old, talented and ambitious, the tennis player, Stefanos Tsitsipas, is currently ranked fifth in the world. He is the first Greek athlete to make it into the Top-100 and Top-10 world tennis rankings, a multiple winner of the ATP, Grand Slam, Wimbledon (boys’ doubles in 2016) tournaments and the former world number one junior.

HelloMonaco asked Yulia Salnikova, the mother of the famous tennis player, how to raise a real champion, which personal qualities are obligatory for parents of a professional sportsman and which thing she considers as the most important in life.

Monaco Boost is a business incubator, operated on behalf of the State, with the aim of making its premises available for rental to selected partnerships and sole traders that are registered in the Principality, so as to accommodate, welcome and support them. Monaco Boost is today an integral part of the Principality’s economic recovery.

While the dates of the spring holidays in Monaco were brought forward this year to an earlier date, from April 9th to 26th due to the coronavirus pandemic, the Monegasque government decided to introduce additional short holidays in May, from May 17th to the 21st. During a meeting with the Association of Parents of Monaco (APEM), the government of the Principality studied this option.

After a year of global uncertainty, Monaco remains the most expensive location to buy real estate with an average price of €47,600 per square metre, according to Savills Research.