Another busy week in Monaco is coming to an end. Stay with HelloMonaco and don’t miss any interesting news.

BeMed launched its Corporate Panel for a marine plastic-free rebirth

A commitment of a plastic-free Mediterranean Sea is now possible and real. The influence of Humans on Nature is undoubtedly more and more impactful and plastic pollution is on the tip of the ‘iceberg’ undermining the balance of all ecosystems with special regard to the marine environment. Since 2015, Beyond Plastic Med Initiative – BeMed, by the will of H.S.H. Prince Albert II of Monaco, has being acting as a key player in encouraging new solutions based on research and innovation to create a common vision in the Mediterranean region.

Monaco’s Christmas Spirit Radiates across the Roya valley: Toys for Every Child

On the instructions of HSH Prince Albert II, the Princely Government is actively supporting the operation “Solidarity Christmas for the children of the Roya valley” initiated by the Deputy of the Alpes-Maritimes Alexandra Valetta-Ardisson and the Community of the Agglomeration of the French Riviera. The objective of this broader community involvement is to offer toys to all children from birth up to 14 years old in the Roya valley, which was hit hard after the passage of storm Alex on October 2nd.

The Princely government has decided to extend the night curfew which commenced November 1 until December 18. Its impact has had a favorable effect in reducing the spread of the virus. To encourage a further reduction the curfew will be kept in place.

Prince Albert is Optimistic about Monaco’s Health and Economy

In a recent interview with a local news source, Prince Albert II revealed that he is confident that Monaco will overcome the current health crisis. He stated that the Principality also has the capacity and the assets to financially recover from the economic blow caused by the pandemic.

The Prince said that Monaco’s number one priority is the health of the population; and lockdown is not being considered at this time. Prince Albert decided not to put Monaco in a second lockdown as of yet because the health situation in Monaco is not comparable to France. The number of cases is increasing, but there are few hospitalizations and not many people in intensive care. Hospital services in the Principality are far from reaching full capacity. According to the Prince, lockdown is always an option if things were to change significantly in the future.

Bahrain 2020 is a race to be both remembered and forgotten. It was just the previous year in Spring 2019 when Monegasque Charles Leclerc set a blistering pace and won his first pole position in Formula 1. Charle’s Ferrari this November is a shadow of the former Prancing Horse machine. And the F1 schedule is different; blame Covid for the shift from March to this November.

All Around Casino Square Landmarks are Reinventing Themselves. And now the Metropole Hotel? 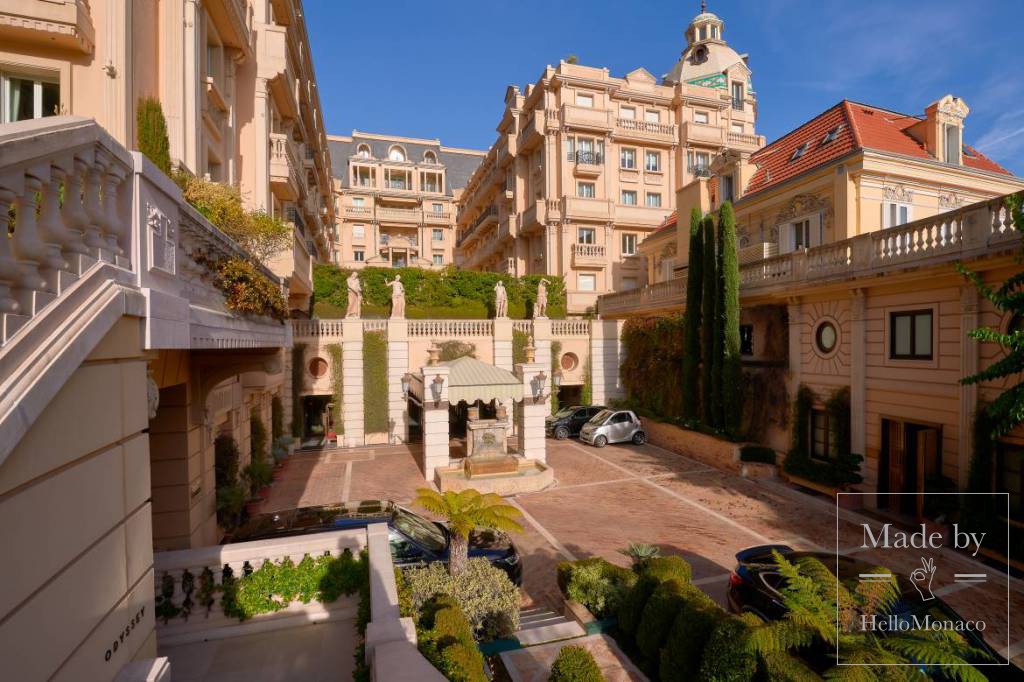 The Hôtel Métropole Monte-Carlo is one among a small handful of stunning world-class hotels adorning the vicinity of Casino Square. It has just announced it is writing a new chapter in its history. It is a moment of great anticipation. In future, history books will remark on the architectural breakthroughs that took place around Casino Square, including the Square itself in the twenty first century.

“Despite tragedies that it has caused, Сovid-19 pandemic has perhaps brought some positive effects placing under the gaze of Humankind an important phenomenon that we thought very remote and which has a direct influence on our health and our life”, pointed out H.S.H. Prince Albert II of Monaco in His keynote at the 1st Monaco International Symposium on Human Health and the Ocean.

This unprecedented panel, under the high patronage of the Sovereign Prince, could finally be held at One Monte-Carlo Conference Centre on the 1st and the 2nd December 2020 both online and on site. All interventions by the most distinguished scientists, biologists and institutional representatives were particularly meaningful considering the dreadful moment we are living in.

The Women’s Rights Committee held a conference at Monaco’s Vocational and Catering School (Lycée technique et hotelier de Monaco) on the occasion of the International Day for the Elimination of Violence against Women.

Entitled “Justice in the Face of the Challenges of Domestic Violence,” it was led by the Secretary of State for Justice, Robert Gelli, and took place in the presence of the Minister of State, the President of the National Council, Government Ministers, dignitaries representing the Prince’s Cabinet  and the City Hall, members of the Women’s Rights Committee and representatives of the judiciary, among others.  This conference was also open to the public.

Since the beginning of the pandemic, Monaco’s Government has put in place a number of highly efficient medical services to prevent the spread of coronavirus and treat patients who tested positive and needed help even during convalescence after hospitalization.

On the 23rd March 2020, in particular, Covid-19 Home Patient Monitoring Centre started to be operational with the aim at giving remotely medical support to all patients with mild symptoms or in the need to be cared from home, waiting for the test or at the convalescence stage. Since then, a targeted team made of about fifty qualified medical and social science experts offers a constant skilled support in turnover seven days a week, from 9 a.m. until 6 p.m.