It was an eventful week in Monaco. If you don’t want to miss anything important read this digest where we gathered the most interesting news of this week.

It is the most awaited moment for lovers of five-star riding and not only! And it came back to its prestigious Monaco’s headquarters overlooking the incomparable skyline of Prince’s Palace. The best show-jumping horses and the most skilled riders met on the Monegasque arena, built in less than two weeks record-time to celebrate the 15th Anniversary of the Jumping International de Monte-Carlo, part of the World Jumping Championship. The Longines Global Champions Tour (LGCT) Monaco, under the high patronage of H.S.H. Prince Albert II of Monaco, was held from the 1st until the 3rd July 2021 at Quai Albert 1er in Port Hercules. “My vision is clear only the best for the best” is the watchword of Jan Tops, former rider, founder and President of the Global Champions Tour. And the Monaco jumping arena perfectly embodies this spirit.

“Grace de Monaco” Luxury Brand is Born to Give

Princess Grace’s philanthropic legacy remains strong and relevant today, as seen by the much-anticipated new charity luxury brand “Grace de Monaco”. The brand was created to embody Monaco’s stylish lifestyle while remaining sustainable, a core value of Princess Grace. The Grace de Monaco brand was unveiled at an exclusive event at the Hotel de Paris, with only 100 attendees, in the presence of Prince Albert II.

Urban Painting Around the World (UPAW) returns for the 5th edition at the Esplanade des Pêcheurs: on Tuesday 6th, Wednesday 7th and Thursday 8th July 2021 within health precautions.  UPAW, following the previous cliché, brought international Street Art artists to the Principality of Monaco, to benefit the Prince Albert II of Monaco Foundation (FPA2).

Larvotto Seaside Resort is Open. Summer on the beach is Calling

On Saturday, July 3, HSH the Sovereign Prince officially inaugurated the new Larvotto seaside complex, in the presence of HE Pierre Dartout, Minister of State, and Government Ministers, Marie-Pierre Gramaglia and Jean Castellini, as well as several Monegasque personalities.

Modern realms dictate their own rules: empty cinemas and theatres, shorter office hours and a lack of social life pushed us to go online over the past few months. During the lockdown period, we were able to thoroughly study all the streaming platforms and find out exact release dates of our favourite TV series. We also transferred our work meetings and  friendly get-togethers to Zoom, enjoyed cooking with celebrity chefs and even did our yoga using a popular app. Online platforms and streaming apps have become incredibly popular during the pandemic. It is now obvious that the world will never be quite the same after this kind of a technological leap. 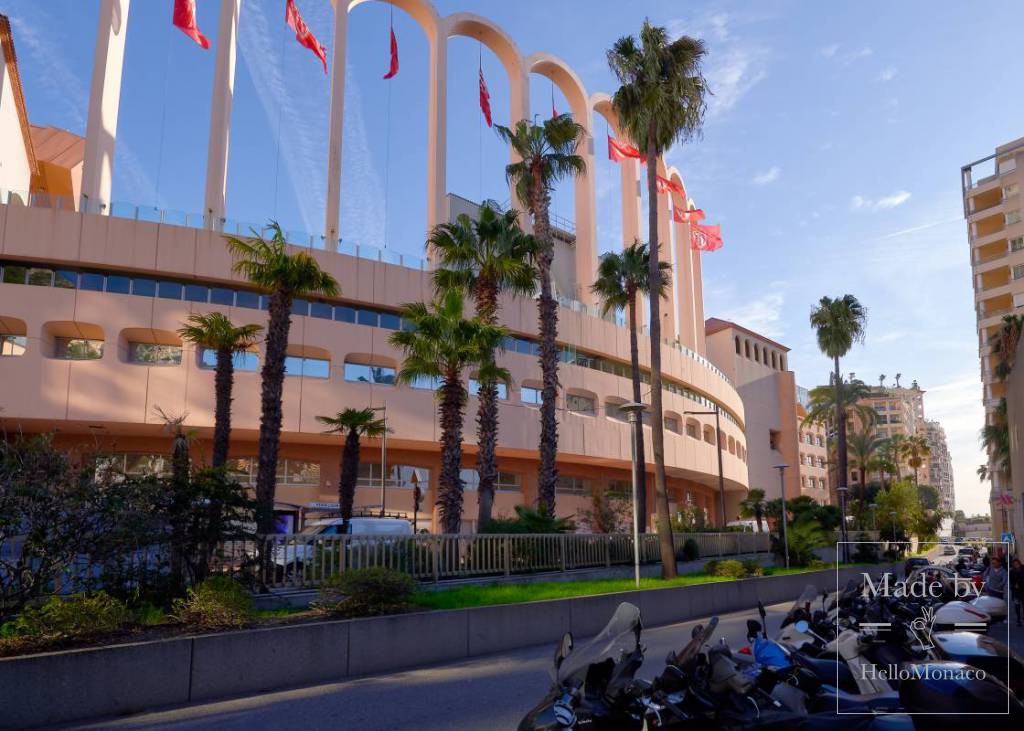 AS Monaco and Kappa® are pleased to present the new home and away kits for the 2021-2022 season.

A few weeks after unveiling its new identity – built around the new brand, RISE. RISK. REPEAT. – the club today reveals, along with Kappa, their new home and away kits in a video featuring players from the first team and the Academy, in the company of rapper Krisy.

For their third consecutive season of collaboration, AS Monaco and Kappa have joined forces to design jerseys that combine the brand’s DNA, elegance and technology, as well as the club’s history and identity. With the KOMBAT™ PRO 2022 jersey, players will benefit from the Kombat Pro System technology so dear to Kappa, in the form of what is an ultra-resistant, elastic and breathable material.

Monaco’s economy during the first quarter of the year has continued to be negatively affected by the pandemic as well as local and international health restrictions. Economic activity in the Principality was not affected, like its European neighbours, by a second lockdown, which helped cushion the decline in some sectors.

As of 31 March 2021, the Principality’s turnover, excluding financial and insurance activities, amounted to €3.22 billion, a decline of 259 million euros or 7.4% compared to 2020. Eight major sectors have reported a loss of turnover, according to the IMSEE. But all is not lost, as four sectors have seen gains compared to last year’s figures.

After the launch of the summer season marked on June 21 by the Swing Monte-Carlo evening! Monte-Carlo Société des Bains de Mer announces its new summer openings.

The season is building up to cruising speed. Around the Place du Casino, the Mada Lounge has just moved into the Jardins des Boulingrins, a stone’s throw from another summer pop-up, the Crystal Lounge, which since June 16 has taken over the Excelsior garden of the Hôtel Hermitage. Monte Carlo.

As part of the Prince’s Government’s energy transition policy, new solar panels have been installed on the roof of the Atelier des Ballets de Monte-Carlo. The 228 modules cover an area of 403 m² and will produce 94,000 kWh of electricity per year, providing the workshop with up to 30% energy autonomy.

Charles Leclerc Fast in Austria but Forced off the Track

Sometimes it’s the engineering that provides the ultimate edge to cross the finish line and win points toward the drivers’ championship and often the tyres make or break a podium place too. And Charles Leclerc acknowledged that Ferrari had as good as planned an early exit in Q2 qualifying in order to start the race on medium tyres. But never to be forgotten is the driving and the intense competition on the track.

So it was for Ferrari and Charles Leclerc in the Austrian Grand Prix when Sergio Perez twice forced him wide off the track earning Perez a 5 second penalty each time. That made for a ten second penalty against Perez, but in the process took its toll on Charles’ Ferrari and his car’s position and tyres.

Covid-19: night clubs open their doors, music is back to the restaurants

H.S.H. Prince Albert II has decided to continue the relaxation of health measures begun several weeks ago by authorising the supervised and controlled resumption of dancing and musical entertainment in restaurants, bars and nightclubs.

Specifically, these businesses will be permitted to resume their activities from Saturday 10 July. Nonetheless, to ensure maximum safety from a health perspective, all guests will need to book in advance and will be required to have a valid health pass. Checks will be carried out on entry. A capacity limit equivalent to the number of seats available will be applied to each establishment.