The little Principality of Monaco has always something to tell the world. So in case you missed any of these news here are the most interesting articles for you.

A new phase of support for Mediterranean Marine Protected Areas: 4 million euros has been granted to MedFund.

Earlier this week at the Oceanographic Museum, a financing agreement was signed by HE Bernard Fautrier, Vice-President of the Prince Albert II of Monaco Foundation and President of The MedFund and Guillaume Chiron, AFD Biodiversity Project Manager. The agreement is for a 4 million euro grant which will be exclusively allocated to financing Marine Protected Areas (MPAs) in developing countries.

The sound of Fireworks in the sky at the close of the 71st Red Cross Ball, the Principality’s social event of the season, must have been music to the ears of Prince Albert. The success of the Ball, and its packed attendance at 1200 euros from each VIP guest was a blessing. It means as President of the Gala and head of Monaco Red Cross Prince Albert has assured with that unique event, reportedly 15% to 25% of the budget for the Red Cross donations for the year. With those funds the Monaco Red Cross toils tirelessly to relieve distress both at home and internationally. And as the fireworks light up the sky, with the Red Cross safe to continue its good works, Prince Albert can look forward to a well deserved rest.

This summer, as part of its sustainability policy, the Principality’s Tourist and Convention Authority is trialling a seasonal tourist information office that is powered exclusively by solar energy.  This innovative kiosk has been installed on the forecourt of the Grimaldi Forum, where it will remain for two months.

Artcurial and HVMC have recently completed their summer auctions reaping over 20 million euros. Yet again records were broken including Artcurial’s own record for its Summer Auction, now escalating to 12 million euros. 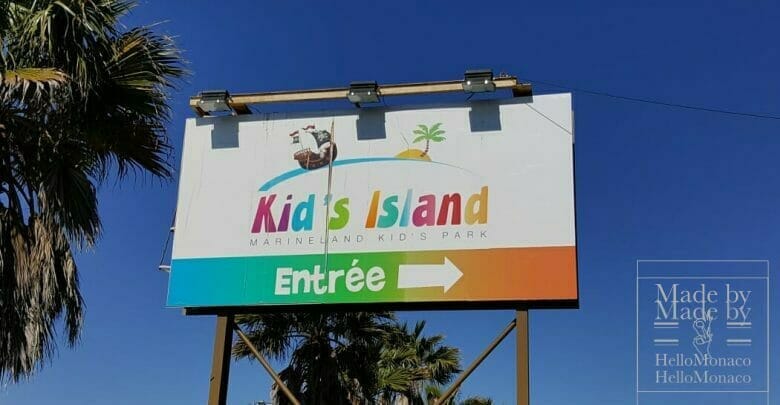 The Cote d’Azur offers an amazing variety of recreation. Beautiful beaches, restaurants, shops and, of course, numerous parks for adults and children. Today we will tell you more about Kids Island, part of the Marineland complex in Antibes, opened in 1998.

Sanremo, the flowery musical capital of the Riviera

Sanremo, one of the loveliest Italian seaside resorts, is situated on the natural gulf of the Riviera dei Fiori (Flowers’ Riviera) on the Western Ligurian Coast. The origin of its name refers to San Romolo, a former bishop of Genoa who spent some time in the town and being very much appreciated by its citizens. The dialect translation from the latin Civitas Sancti Romuli, «San Rœmu», would give rise to its current alias.

There are more summer activities provided by the Monaco Mairie and City Council on Port Hercule this season than solely the restful pergolas, shade-friendly sails and rides for the youngest. Sport is taking extra prominence this year! Sportsmen or those curious to “have a go” have the choice to test several activities in this Summer of 2019…

The Peruvian charm of the restaurant Coya Monte-Carlo

The Coya Monte-Carlo, a new colourful Monegasque establishment with a Latin American ambience, which was inaugurated during the Formula 1 Grand Prix last year. Located on the terraces of the Summer Sporting, Coya Monte-Carlo serves up contemporary Peruvian cuisine. The exclusive venue was created in collaboration with the Société des Bains de Mer. Monaco is the Coya’s fifth restaurant, the first location was opened in the affluent Mayfair district in London in 2012. There is the Coya’s sixth restaurant which is about to be opened but its location is kept secret so far.

Can you guess how many medals Monaco has won this year in Karate? If we said 30 you would probably ask “how many of them were gold?” The answer is all thirty were gold. They were won in France and internationally and the latest gold was in the French Championships in Paris.